Ol Pejeta Conservancy, set on 90,000 acres in Laikipia County in Kenya, works to conserve wildlife, provide a sanctuary for great apes and generate income through wildlife tourism and complementary enterprises for reinvestment in conservation and communities. The Conservancy is the largest Black Rhino sanctuary in East Africa, and on the IUCN Green List of Protected and Conserved Areas. 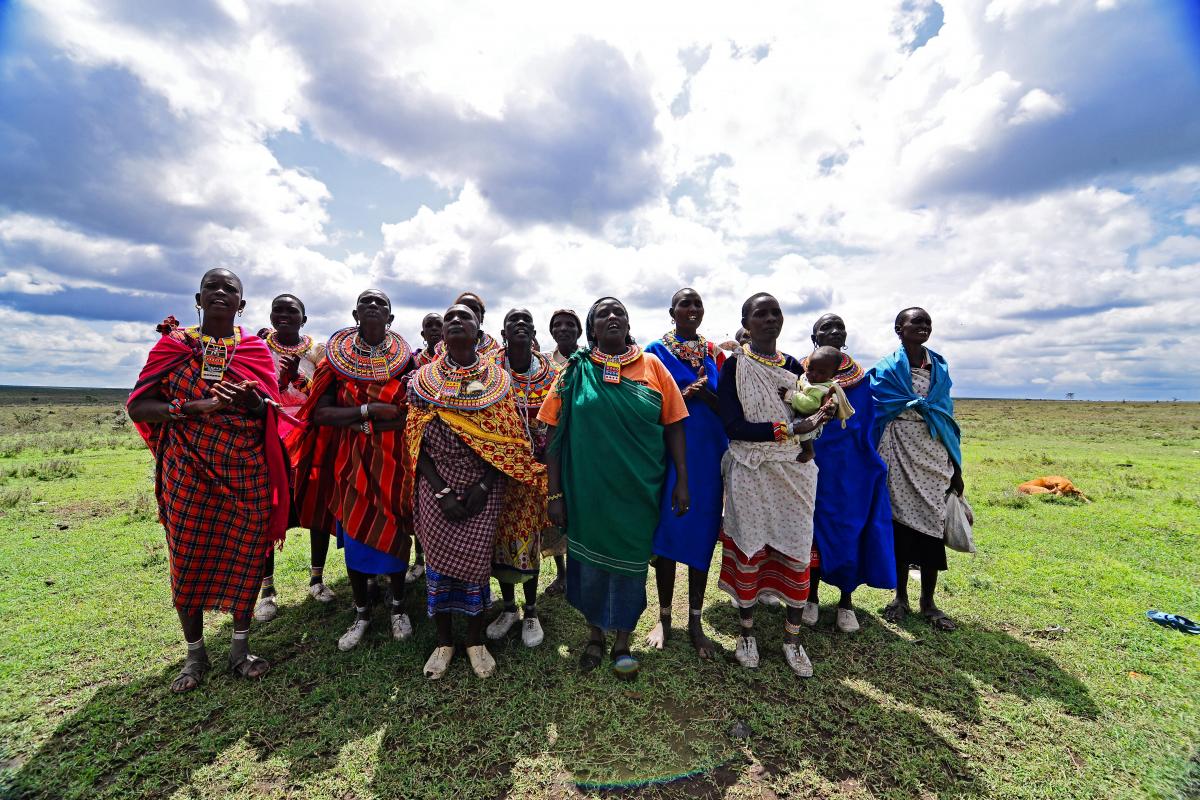 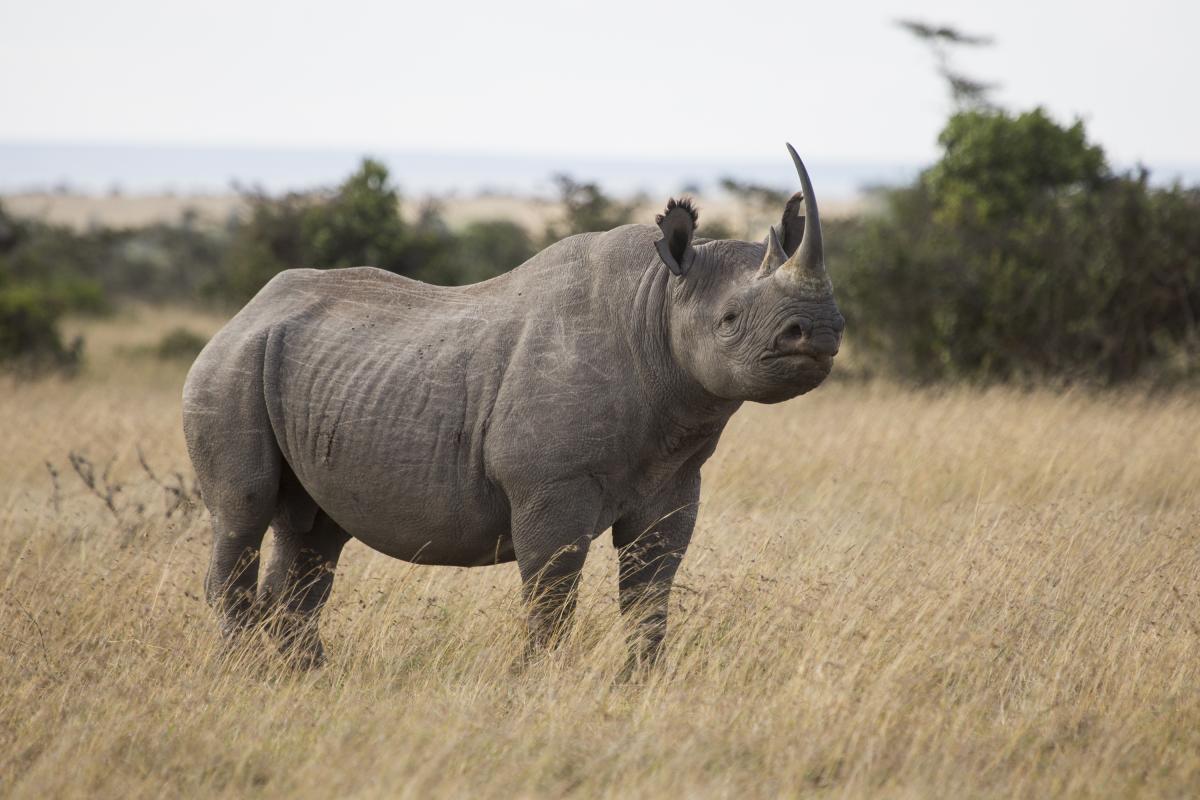 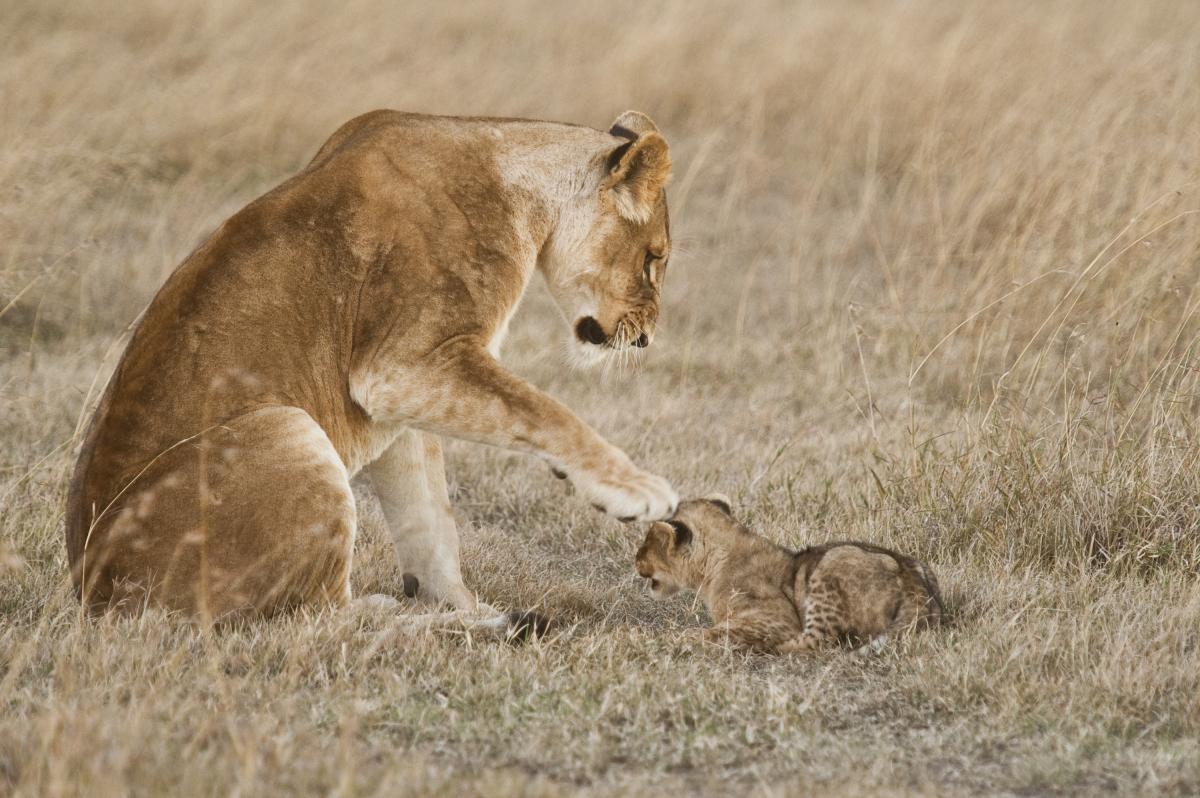 A lioness with its cub on Ol Pejeta 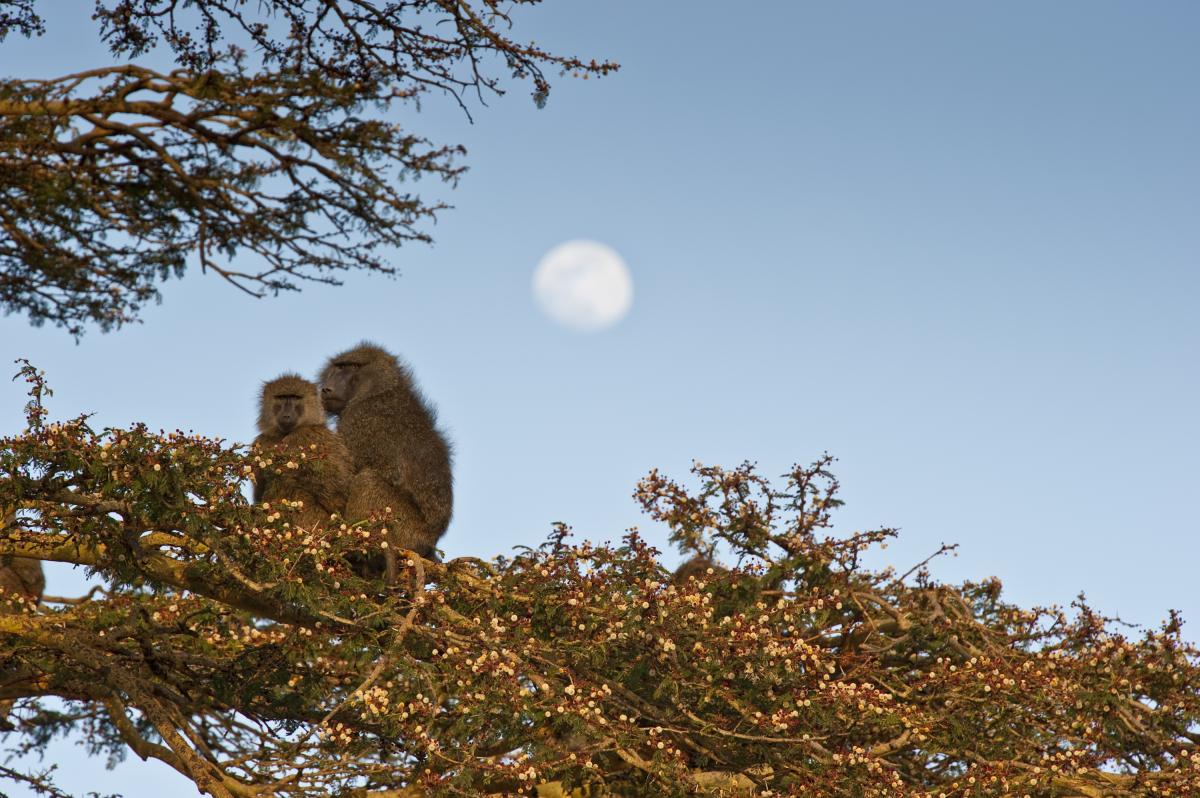 A pair of baboons perched atop a tree on Ol Pejeta. 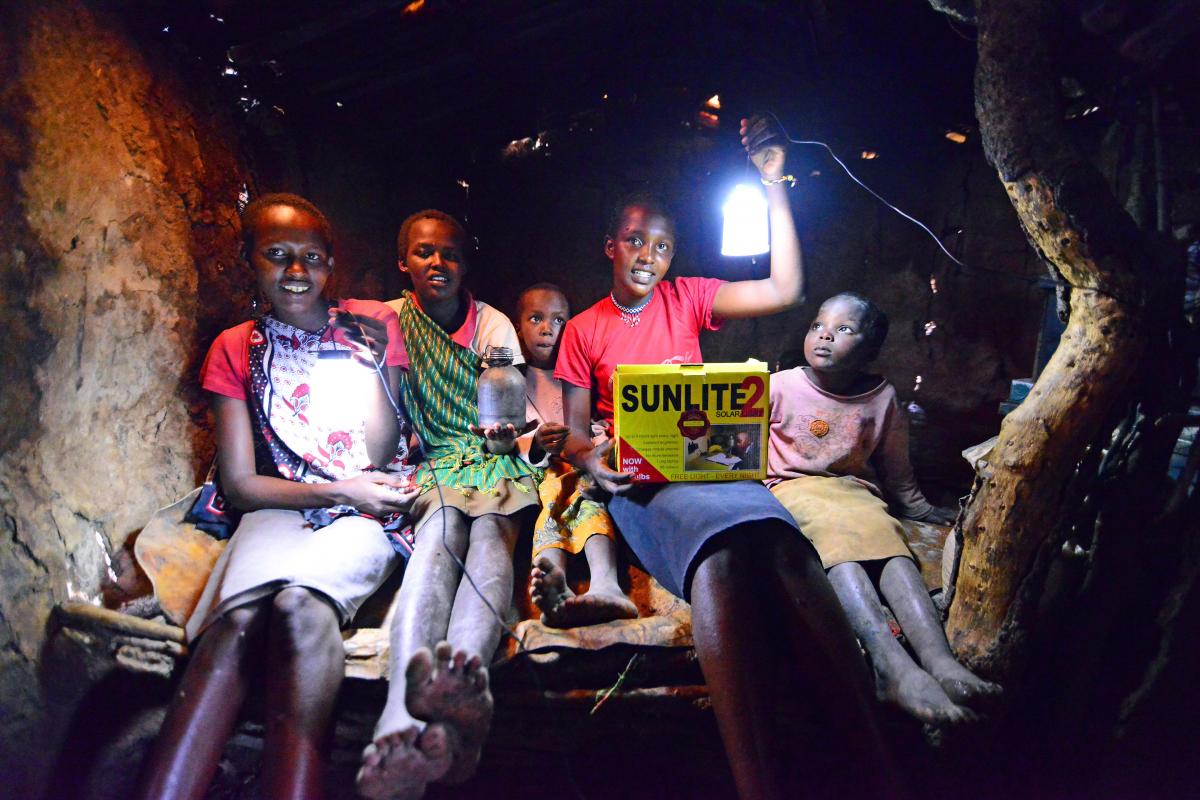 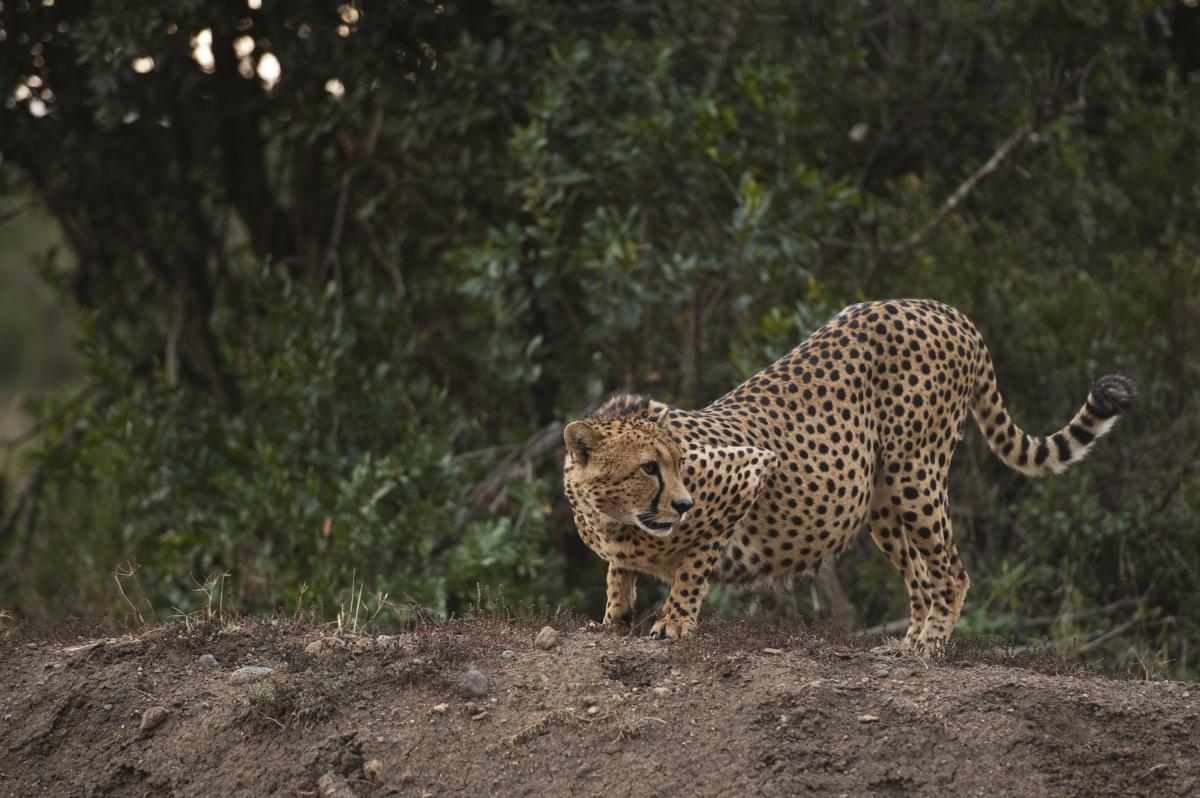 A cheetah on the lookout for possible prey 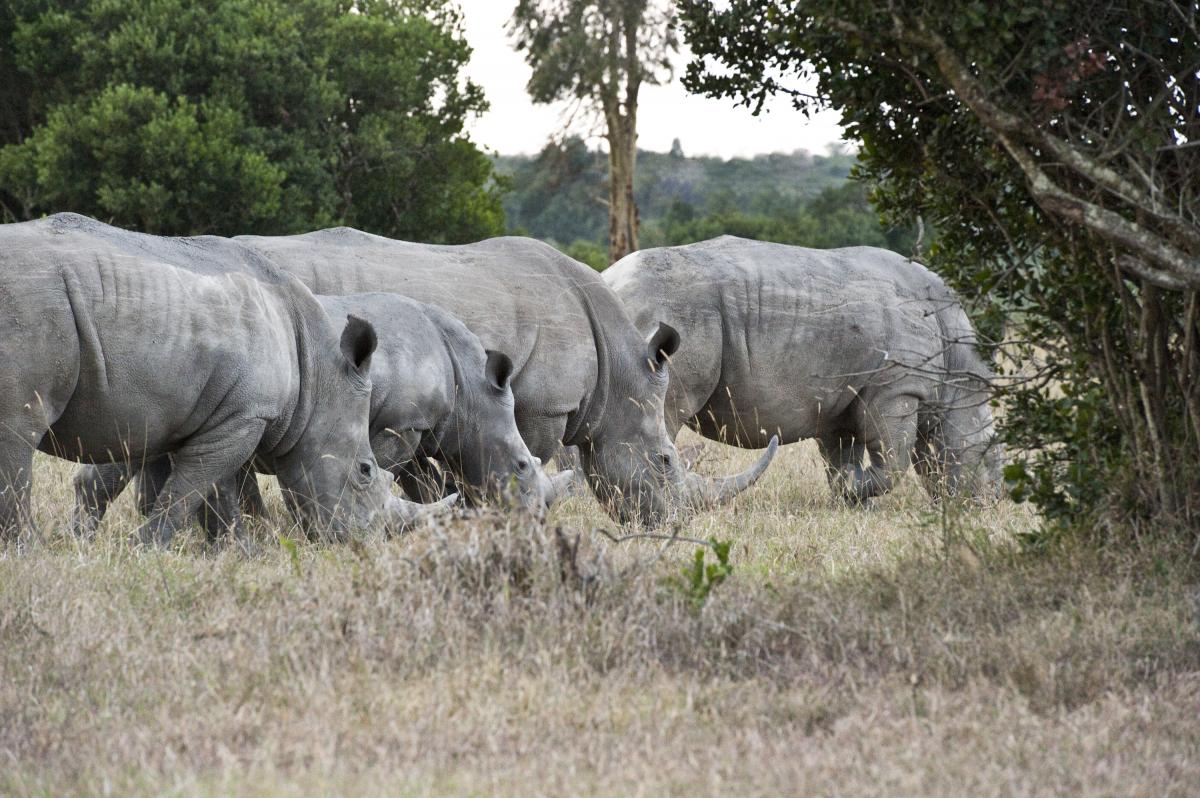 Photo: Ol Pejeta
In 2015, Ol Pejeta took over the management of the neighbouring Mutara Conservancy (20,000 acres). Mutara will serve as a key rhino dispersal area given Ol Pejeta’s expanding Black Rhino population – projected to reach full carrying capacity by 2020. Not only will Mutara provide a much-needed safe habitat for Black Rhino, but it will also act as a safe corridor for migratory wildlife – connecting Ol Pejeta to the greater Laikipia ecosystem and provide a resource for neighbouring communities living in the area.

In 2014, Ol Pejeta achieved IUCN Green List status, one of only two conservancies in Africa to be awarded this. The IUCN Green List of Protected and Conserved Areas is a new global standard for protected areas in the 21st Century. Its aim is to improve the contribution that fairly governed and effectively managed protected areas make to sustainable development.

Ol Pejeta is one of the few conservancies globally that is be able to cover almost all of its basic operating costs (US$ 6 million) through its own, sustainable, commercially generated revenues via tourism and agriculture.  It runs a financially efficient model that makes proper use of every dollar it receives.

The Conservancy uses interactive tourism to support conservation projects. It currently has nine Conservation Activities available to visitors including lion tracking where tourists can accompany a ranger with a radio transmitter to track and record data on lions, as well as behind scene visits to the endangered species enclosure and chimpanzee sanctuary.

All of the conservation activities are aimed at inspiring visitors to deepen their involvement in matters of conservation and imparting knowledge about the natural world.

The Conservancy also runs a novel wildlife/livestock integration model where it keeps cattle side by side with wildlife on the Conservancy. They have a herd of 6,000 Boran cattle – a breed known for their resilience and ability to produce high quality beef using little forage. Beef sales are a critical supplement to income generated from our tourism activities and help our conservation and community development programs. Keeping cattle on the Conservancy also helps in rangeland management of the Ol Pejeta ecosystem by breaking up rank grass and through the creation of ‘nutrient rich hotspots’ attractive to herbivores.

Ol Pejeta has a fully-fledged community department that is tasked with assisting the people living around the conservancy by supporting initiatives in education, agriculture and livestock extension services, health, energy and  community enterprise. As at the end of 2016, Ol Pejeta Conservancy had dispersed over US$ 8.7 million in support of its community development programme.  The conservancy is committed to ensuring that the resultant benefits of conservation are directly felt by the people within the immediate region.

Conservation work can only be sustainable if communities are active participants in decision making and directly reap its benefits.

The Conservancy’s participatory approach to conservation and community development was recognised last month after winning the Community Award at the prestigious Tourism for Tomorrow awards in Bangkok, Thailand.

Ol Pejeta’s Community Development Manager, Moses Muthoki received the award on behalf of the Conservancy. “I dedicate this award to the staff we have at Ol Pejeta and mainly to the communities we work with, people who are very resilient…These are the people that really deserve this award. For conservation to get to where we want, it cannot happen without the participation of the communities,” Moses said.

The Tourism for Tomorrow Awards recognise how tourism can create socio-economic and cultural benefits for local communities and environments – in line with the United Nations Sustainable Development Goals (SDGs). The Community Award is given to organisations that use gains from their tourism activities to foster positive societal change among communities directly affected by their operations.

Poaching threats, the effects of climate change, overstocking, heightened pressure on rangeland in the landscape and political incitement are some of the contemporary challenges that Ol Pejeta faces on a regular basis. However, it is hoped that the deep relationships that have been developed between Ol Pejeta and neighbouring communities will help mitigate these threats for the benefit of wildlife conservation. Story | 08 Dec, 2020
Addressing the Violence of Inequality in Conservation