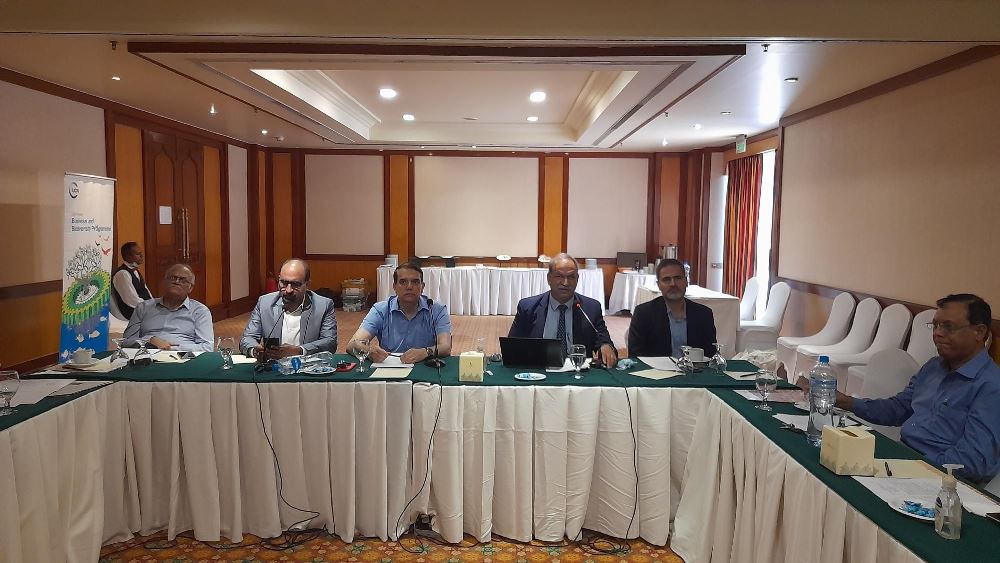 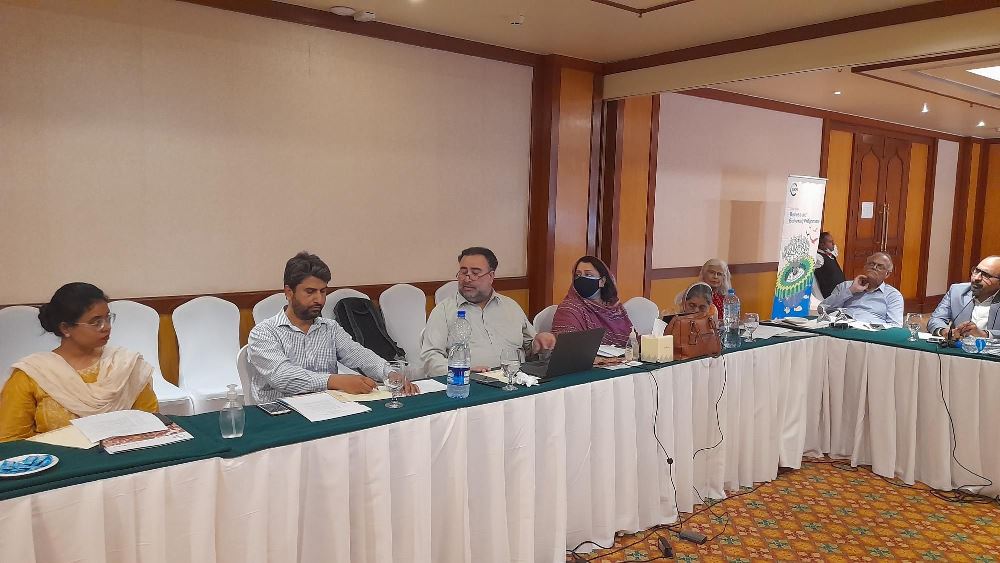 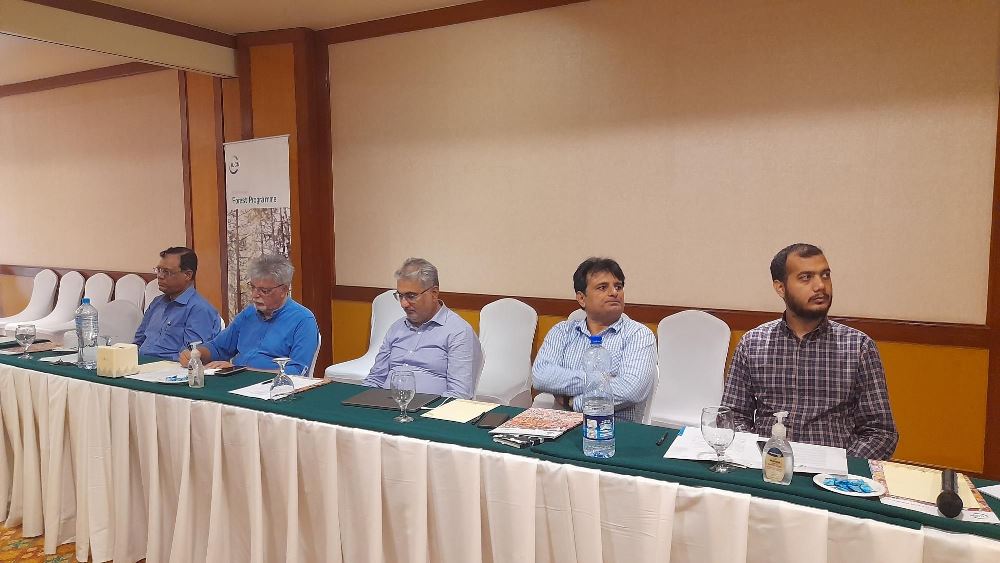 A meeting of the IUCN Pakistan National Committee Members was held on June 09, 2022 in the chairmanship of Dr. Roomi Saeed Hayat.

In his welcome remarks, Mr. Mahmood Akhtar Cheema, IUCN Country Representatives said that IUCN is implementing most of its programmes and projects in collaboration with its members.

In his remarks, Dr. Roomi Saeed Hayat appreciated the efforts of the IUCN Pakistan National Committee Members towards the conservation of nature and natural resources. He appreciated that PNC is a very vibrant forum towards environment and sustainable development.

Mr. Asim Jamal, Manager, Third Party Monitoring of Ten Billion Tree Tsunami project (TBTTP), made a detailed presentation on the assessment of Chilgoza Forests fire in the Suleiman Mountain Range. He informed that according to the assessment approximately 840,050 trees were damaged spanning over 1,542 hectares of privately owned Chilgoza forest. The fire caused huge monetary loss tuned to Rs.4 billion rupees. The fire kept raging for 13 days. According to the communities, the forest fire at this scale has occurred after 20 years, which was controlled by the local communities, local government departments, Army, Frontier Constabulary and Levies. The preliminary survey report ascertains immediate food insecurity amongst the local communities and recommends: monthly food rationing; detailed damage assessment survey; and fire management center. Due to huge dependence of the local communities and forest owners on this cash crop, it is a huge shock and may change the lives and livelihoods of many. He also mentioned that Chilgoza trees start production at the age of 40 years.

The representatives of IUCN Members organizations expressed their serious concern at the recent fire outbreak in the Chilgoza Forests of Suleiman Mountain Range and other places and demanded that country needs to be fully equipped with the latest technology to deal with such incidents in the future. Forest fires are a regular phenomenon, but frequency of fires in forests has increased in the face of climate change. It is pertinent to keep the provincial governments to be fully equipped. They also expressed grief at the loss of precious lives lost during this incident.

Mr. Cheema informed the PNC Members of IUCN’s efforts with regards to establishment of forest fire control centres, training in forest fire management and development of manual in Urdu language.

The Committee also expressed its concern on the drought situation in Cholistan, Balochistan and Sindh and recommended measures for providing relief to the affected communities.

Ms. Fauzia Malik, Programme Coordinator IUCN Pakistan reflected that IUCN and Ministry of Climate Change with the participation of PNC members and other stakeholders has developed first ever National Climate Change Gender Action Plan (ccGAP) of Pakistan to take actions for minimizing the impact of climate change on women and consider gender considerations.

The representatives of the following NGO Members attended the meeting: