Emergency situation for pen shells in the Mediterranean

A parasite is causing a mass mortality outbreak threatening one of the most emblematic species found in the Mediterranean Sea, the pen shell (Pinna nobilis). Several actions are now being implemented to prevent the parasite from spreading in the region. 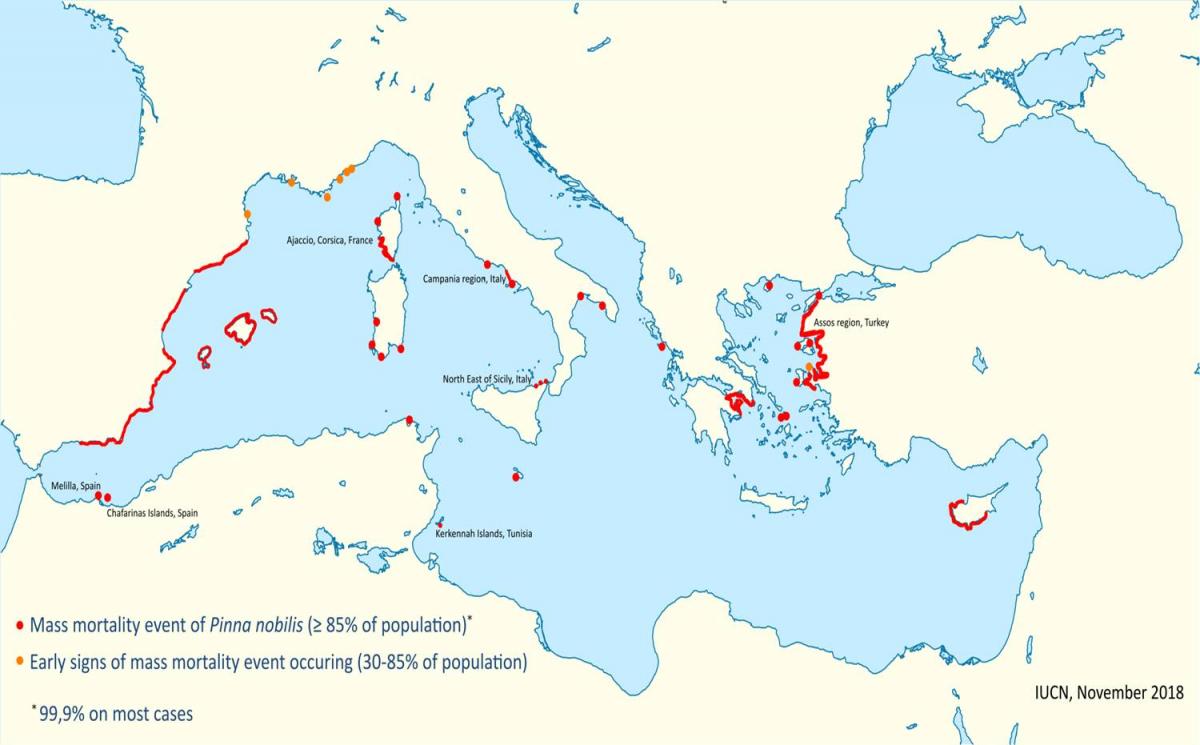 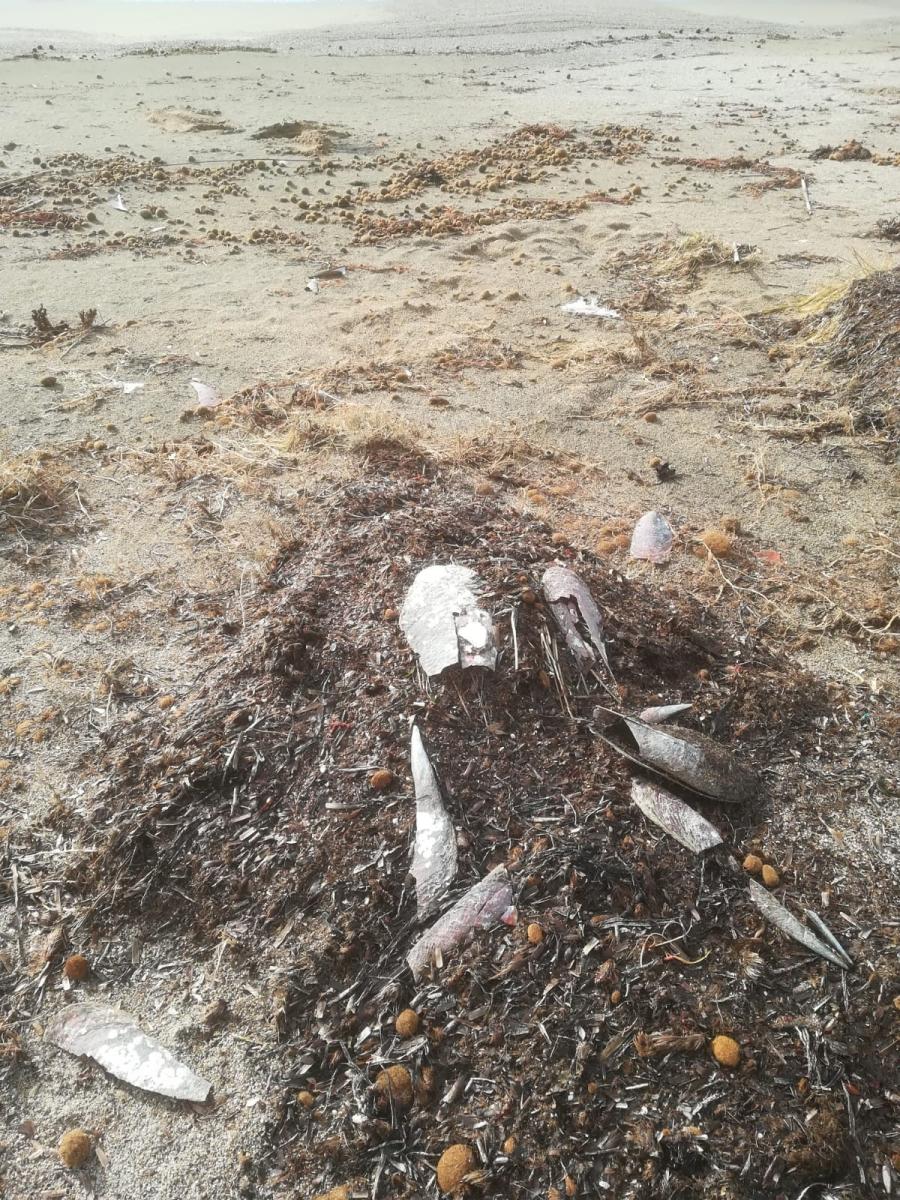 The outbreak was first detected in the Balearic Islands and the southeast of the Iberian Peninsula in late 2016, and it rapidly spread to other coastal areas. To date, this mass mortality outbreak has affected all populations along the Spanish coast (with 99% mortality) and several other areas in France (Corsica) and Italy (Sicily, Apulia and Campania).

“If mass outbreaks detected in other active pen shell populations in southern Tunisia and northern Turkey are confirmed in the next few weeks, it would mean that the parasite can rapidly spread across vast distances and the species could find itself in a critical situation,” says María del Mar Otero, Marine Expert at IUCN’s Centre for Mediterranean Cooperation.

The endemic Pinna nobilis is the biggest bivalve mollusc found in the Mediterranean. It has been classified as a species of Community Interest in need of strict protection by the European Habitats Directive and as an Endangered Species by the Protocol Concerning Specially Protected Areas and Biological Diversity in the Mediterranean from the Barcelona Convention.

Experts from the LIMIA (Laboratori d'Investigacions Marines i Aqüicultura, its acronym in Catalan), part of the Fisheries and Marine Environment Department of the Balearic Islands Government, have confirmed that this mass mortality outbreak is caused by a new parasite from the genus Haplosporidium found in the digestive glands of infected individuals. The parasite weakens the bivalve and eventually causes its starvation. Experts are still not clear how the parasite is transmitted or how it can affect pen shell populations so far apart from each other.

Measures to mitigate the spread of the disease

Due to the current alarming situation in the Mediterranean, the species was classified as critically endangered last year in Spain, and national rescue programs have since been implemented in the country, successfully preserving some individual pen shells in aquariums. Countries such as Italy and France, after being informed of the situation, have strengthened their coastal observation programs and already confirmed some mass mortality events in several locations, as well as their constant expansion.

Lagoon populations have been less affected by these mortality events, however, and thus lagoons could be seen as a beacon of hope for the re-population of certain areas, along with aquariums.

“To date, we still don’t know the precise extent of the problem in the Mediterranean, and we need to understand it if we want to stay ahead of the parasite’s arrival and save this species” says Otero.

“Marine Protected Areas, where high densities of the bivalve can be found, are our main observation points. We maintain a network of observers and managers that alert us of any signs or changes occurring in these areas. Still, the big challenge is to identify concrete solutions to fight this potentially dramatic situation” says Leonardo Tunesi, of Italian Institute for Environmental Protection and Research, Italy.

“Once the populations are infected, the likelihood of survival of individuals is almost non-existent, which means that we have to stay ahead of the problem” says Maite Vázquez Luis from the Spanish Institute of Oceanography.

Rising temperatures are also believed to have an impact on the number of infected pen shells, therefore we can expect the affected areas to grow during summer.

“With the warming of waters during summer, we are afraid that the parasitosis and the mortality will continue spread gradually along our coasts, as we have just seen in Banyuls sur Mer just a week ago” says Leonardo Vicente from Aix-Marseille Université (IMBE) and the Institut Océanographique Paul Ricard.

IUCN is implementing a series of priority actions to help evaluate the situation throughout the Mediterranean and establish urgent measures. Recommendations include: monitoring across the coastline, increasing its frequency during the summer months, avoiding pen shell translocation programs until they’re not confirmed to be free of the parasite or resistant, preparation of rescue programs (aquariums and captive breeding for future repopulation with healthy young individuals), and identification of high-density Pinna nobilis hot spots as priority areas for the adoption of measures to avoid infection.