12 Mediterranean leading organisations presented new conservation and financial solutions to tackle biodiversity and climate crisis in the region. Some of the greatest outcomes were the committments of 8 Mediterranean governments and 5 NGO  to achieving 10% of areas under "strong protection" and zero discharge of plastic into the sea within 10 years in the region. Also 3 new funding initiatives were launched to protect Highly Protected Marine Areas and freshwater ecosystems in the Mediterranean and as well as supporting civil society actions in North African countries. 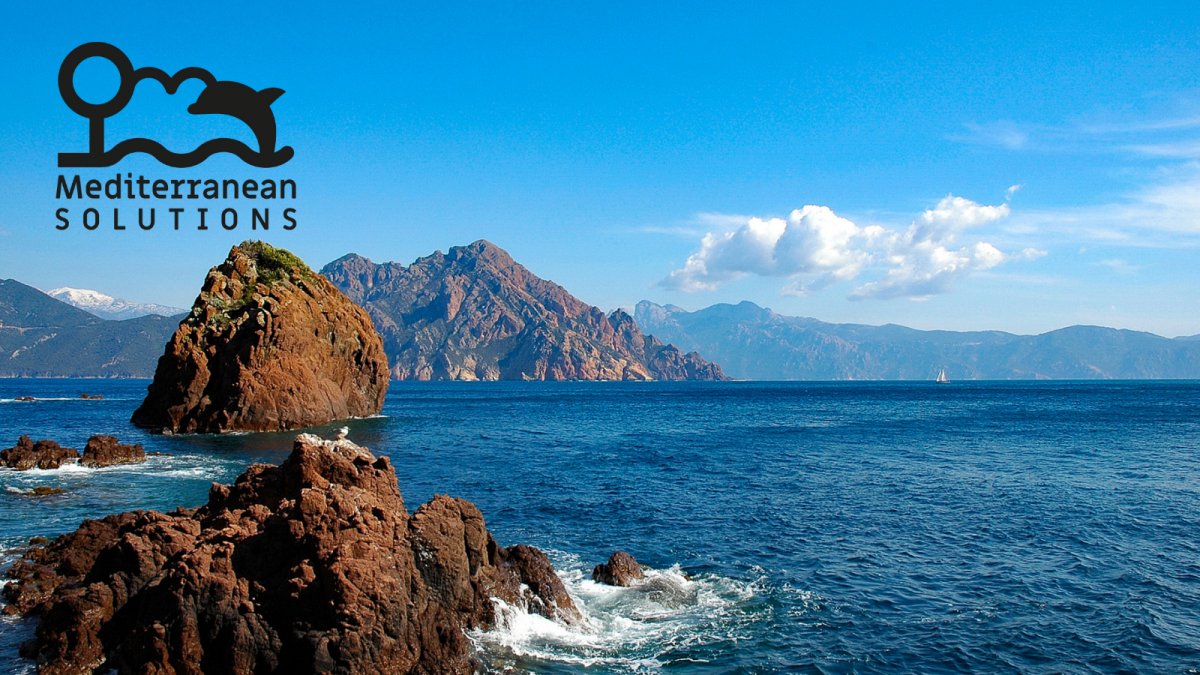 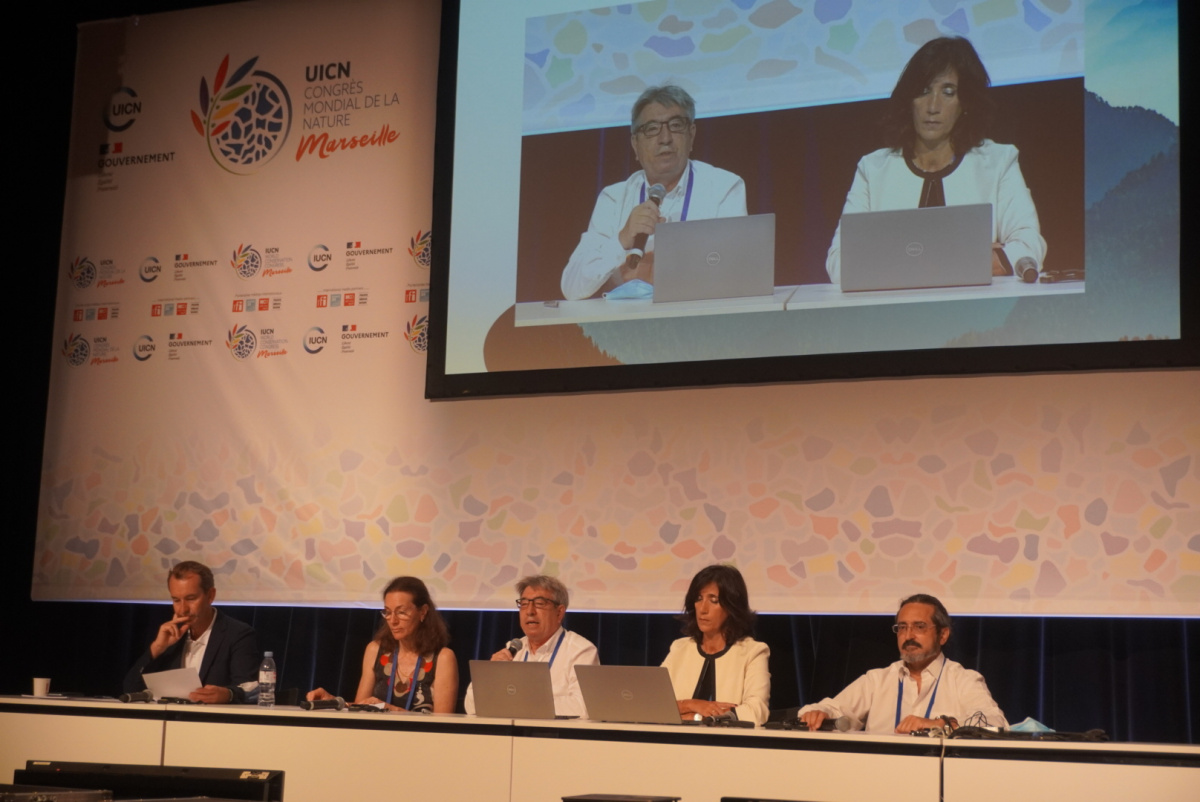 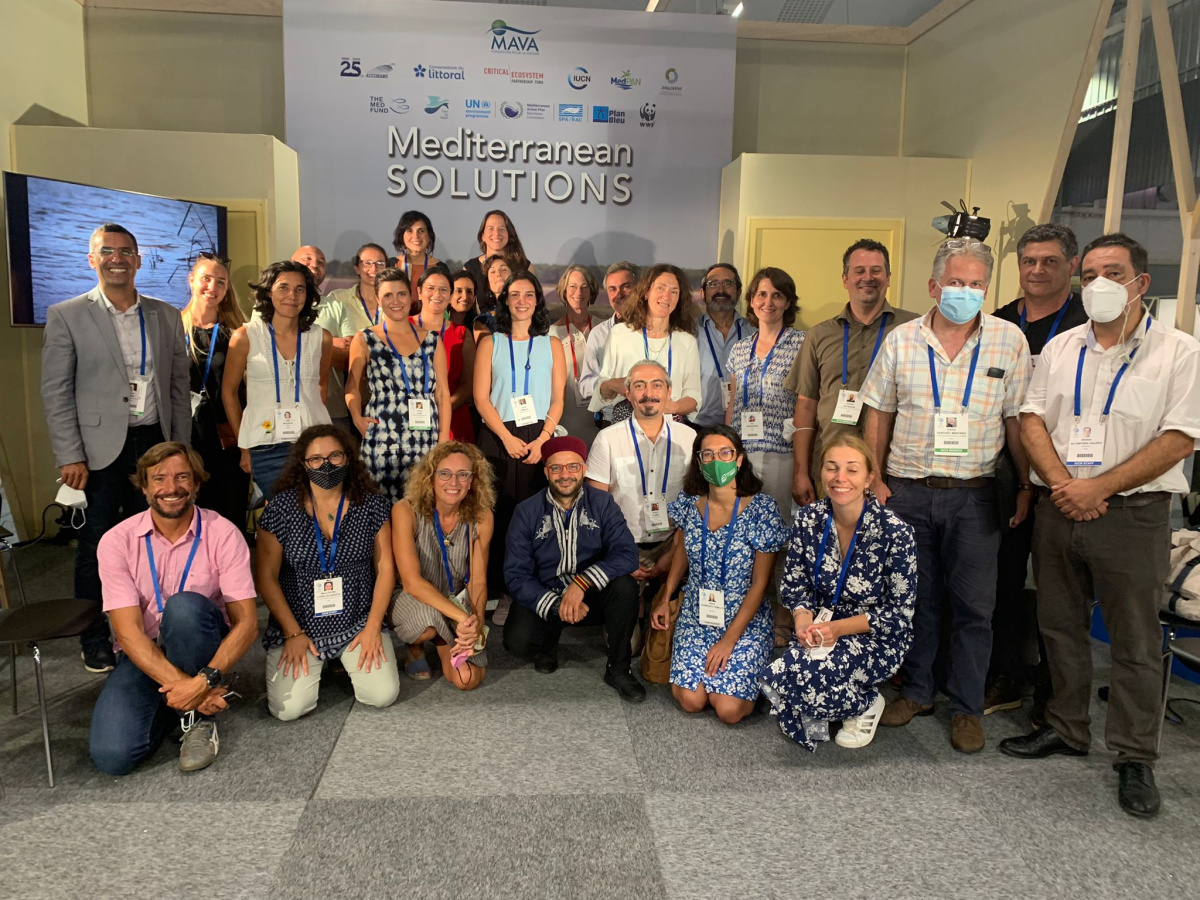 Marseille, 9 September 2021 -The IUCN World Conservation Congress held in Marseille, provided an important opportunity for the Mediterranean conservation community to exchange new solutions for addressing the main challenges of the region in terms of climate action and biodiversity conservation. Following the new political announcements and the launch of the Plan of Action for an Exemplary Mediterranean Sea by 2030 (PAMEX) by 8 Mediterranean governments and 5 NGO to preserve marine biodiversity through 19 operational actions, 12 partner organisations explored new joint mechanisms to kick-start nature-based recovery across the region.

The urgency to act to reverse the current trends in the region was confirmed by the findings of three different reports presented by the network of experts on climate change in the Mediterranean (MedECC), Plan Bleu (with SPA/RAC contribution on biodiversity topics) and Tour du Valat, namely the MedECC MAR1 – Climate and Environmental Change in the Mediterranean Report, the State of the Environment and Development Report, and the Living Mediterranean Report. In a region that is warming up 20% faster than the rest of the world, the dramatic effects of unsustainable development on terrestrial and marine ecosystems are indeed placing human livelihoods of current and future generations at risk.

“Biodiversity is a pillar of the green renaissance we wish to see in the Mediterranean. We must all join forces to end biodiversity loss and ensure a healthier future for all”, commented Khalil Attia, director of SPA/RAC.

Furthermore, partners emphasized that reversing biodiversity loss is possible and that solutions already exist. However, systematic change can only be achieved through a collaborative effort of policy and decision-makers, local communities, protected areas managers, administrations, academics, NGOs and the business and financial sector.

In this sense, the recent 30 by 30 report of WWF showed the first scientific evidence on the multiple benefits to marine biodiversity and key commercial fish stock that the proposed 30% protection scenarios could bring to the Mediterranean.

“Science has never been clearer, the rapid loss of biodiversity in the Mediterranean has pushed the natural world to its limits. Bold actions are needed now. Extending spatial conservation to 30% by 2030, with rights-based community-led approaches, is a fundamental step to reverse the current trend. Several Mediterranean countries have already expressed their support for the 30by30 target. We expect that all countries which have not done so yet commit to this target at COP 22 of the Barcelona Convention, in order to show the collective ambition of the region ahead of the adoption of the Convention on Biological Diversity Global Biodiversity Framework.”, commented Giuseppe Di Carlo, WWF Mediterranean Marine Initiative Director.

Through the joint call “For a plastic-free Mediterranean”, the Provence-Alpes-Côte d´Azur region and IUCN signed a joint commitment to multiply actions to reduce plastic pollution, including calls for local projects, establishing an observation system, improving knowledge on best practices in the framework of a Charter of Commitment of Mediterranean regions. 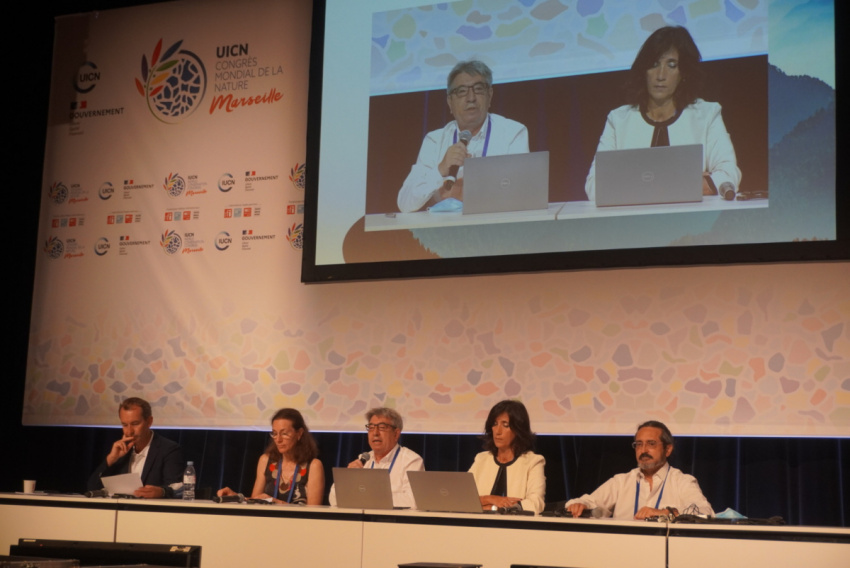 Call for Nature-based Solutions (NbS) in the region

In the framework of the Congress, IUCN Members approved Resolution 31 - The implementation of Nature-based Solutions in the Mediterranean basin calling on Mediterranean governments and civil society to implement and actively promote NbS through the creation of networks and green infrastructures. The "Mediterranean Solutions" stand brought representatives from different sectors and perspectives, political, economic, environmental, to explore together the ways forward and upscale NbS at a regional scale taking into account the new IUCN standard on NbS.

“IUCN, through its Members and partners in the Mediterranean region, commits to supporting new coalitions to implement NbS to address the climate and biodiversity crises.”, commented Antonio Troya, director of the IUCN Centre for Mediterranean Cooperation.

These 12 regional organisations are already working together through different thematic networks and now aim to capitalise their efforts with concrete examples that strengthen collaborative and cross-sectoral responses. In an example of transboundary cooperation, Italy, France, Monaco, and Spain committed to develop a proposal to establish a Particularly Sensitive Sea Area in the North West Mediterranean through IMO, to protect large cetaceans and other migratory species, supported by several global, regional and sectoral organisations and institutions, such ACCOBAMS, UNEP/MAP, IUCN and WWF.

With the participation of two Mediterranean organisations (MedPAN and the MedFund) the new Alliance for Global Marine Protection launched during the Congress, joined forces with other networks of marine protected area managers beyond the Mediterranean and conservation trust funds to achieve concrete implementation of the 30by30 targets, Furthermore, the Mediterranean Consortium to protect Biodiversity, launched a few months ago, will develop a joint initiative on Nature-based Solutions to increase coastal resilience in several countries of the region.

Despite the development of new initiatives and other networks during the IUCN Congress, all partners agreed on the need for sustained finance mechanisms and to enhance collaboration both with private sector and non-conservation stakeholders.

“Given the rapid changing trend of the Mediterranean conditions, mobilising funds for marine and terrestrial conservation is vital to keep knowledge updated through survey campaigns and data hubs.”, commented Susana Salvador, Executive Secretary of ACCOBAMS.

Two innovative financial instruments were presented at the IUCN Congress, stemming from the collaboration between public and private donors. These included new funding opportunities, such as the Highly Protected Mediterranean Initiative of The MedFund and the DIFME - Donor Initiative for Mediterranean Freshwater Ecosystems of the Jensen Foundation, which were both signed in the presence of Prince Albert II of Monaco. Likewise, the French Facility for the Global Environment (FFEM) signed an agreement to launch the PPI-OSCAN III programme for small-scale initiatives in North Africa. All three initiatives will be co-financed by the MAVA Foundation.

Other interesting financial initiatives recently put in place and shared during the IUCN Congress were the Posidonia Fund (Fons Posidonia in Catalan) by the Balearic Islands Government which is embedded in a Posidonia law decree. Also, the Sebou Water Fund, a sustainable financing mechanism based on payment for ecosystem services, mobilised a significant amount of funds to support civil organisations in Morocco.

“The more closely the conservation community works together, the more funding we can generate and the more effectively we’ll be able to use it”, Paule Gros, MAVA Foundation.

The "Mediterranean Solutions" highlight at the IUCN Congress has demonstrated that change has already begun. This exemplifies the strength of the existing political frameworks, partnerships and networks in the region at global scale.

In the upcoming months, some important milestones such the MPA Forum, the COP 22 of the Barcelona Convention (which among others will examine the New Post-2020 Strategic Action Programme for the Conservation of Biodiversity and Sustainable Management of Natural Resources in the Mediterranean Region, and the proposal to designate the Mediterranean Sea, as a whole, as an Emission Control Area for Sulphur Oxides (SOx) for its adoption) and the IUCN Mediterranean Forum, will provide opportunities to continue these joint efforts to halt the loss of biodiversity by 2030, and achieve ecosystem recovery and restoration by 2050 in the region. 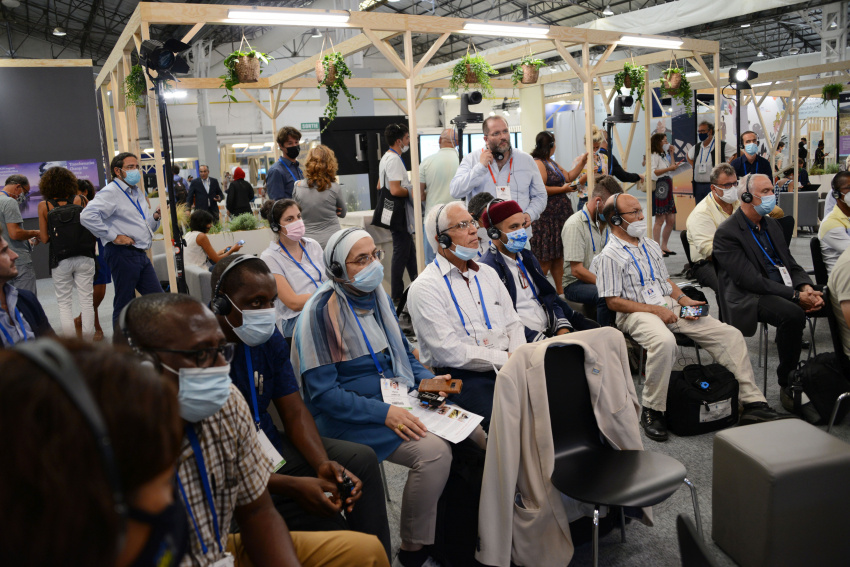