Thanks to the data provided by conservation organisations and institutions from all over the Mediterranean, IUCN-Med has worked to produce the Red List Assessment of the Mediterranean Fan Mussel (Pinna nobilis) which is now officially recognised and listed as "Critically Endangered" by the IUCN Red List of Threatened Species. In case you have information about non-affected areas please let us know. Latest mortality spots detected in Greece, Croatia, Turkey, Tunisia, France and Morocco. 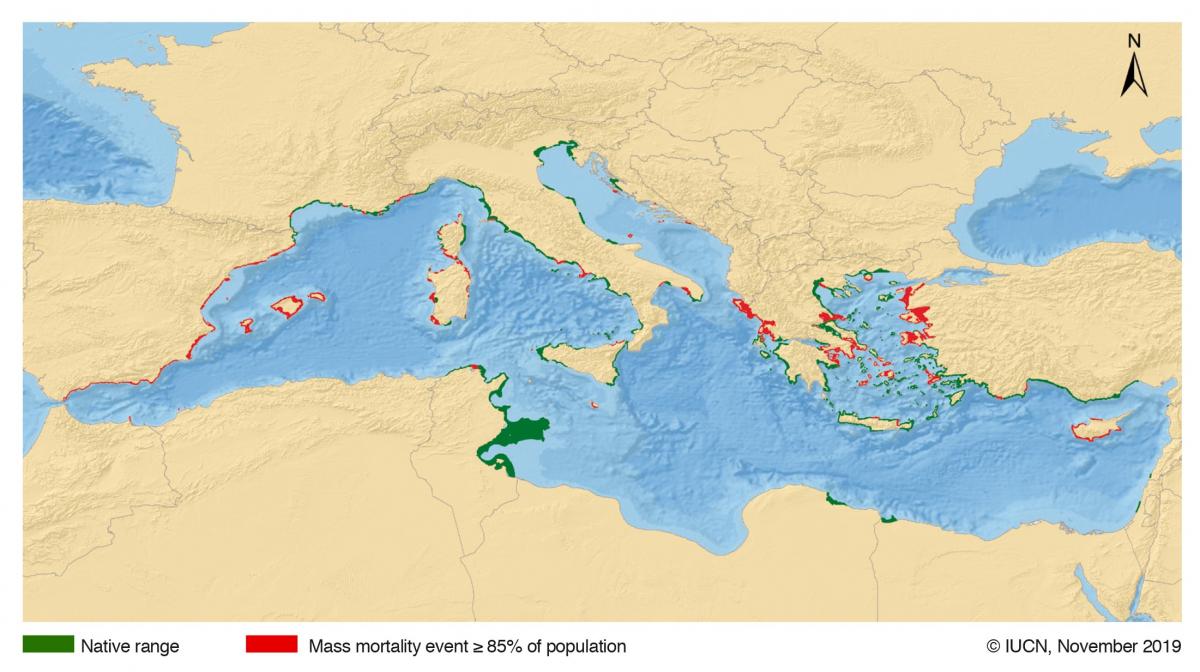 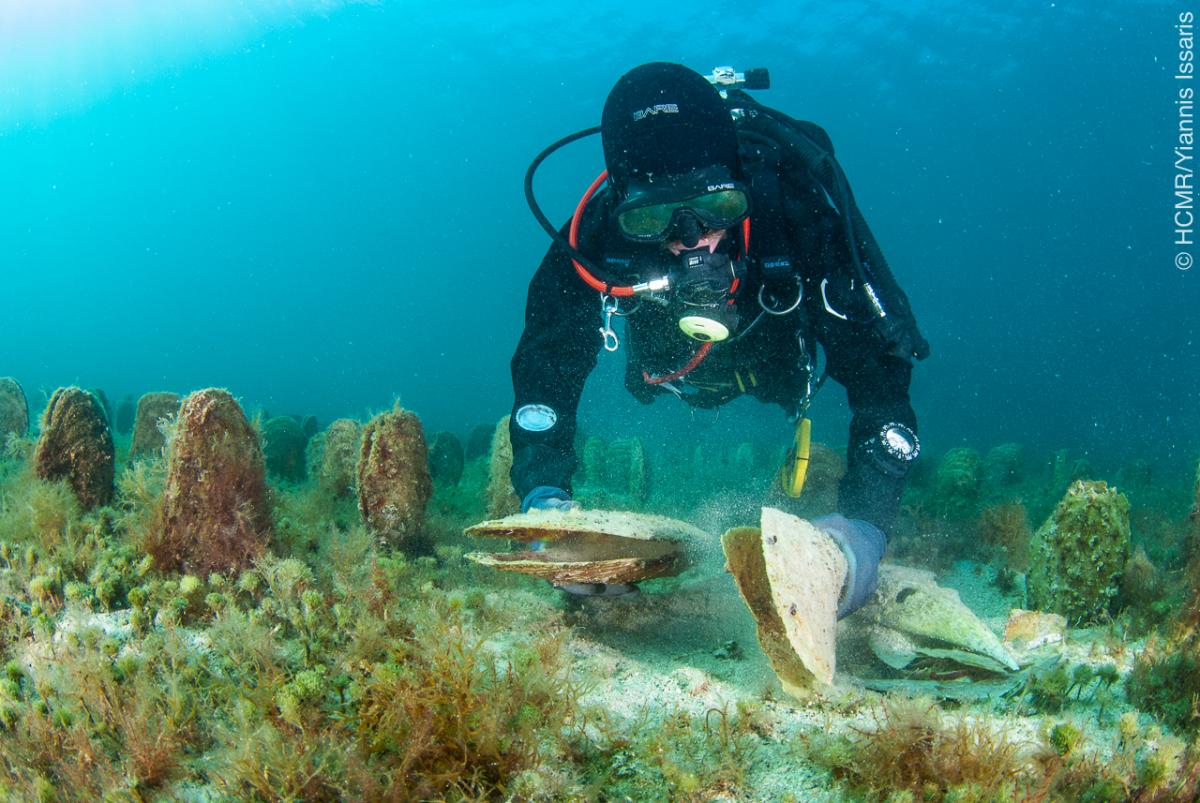 Parasite causing massive outbreak of Mediterranean penshell Pinna nobilis continues to extend rapidly, revealing need for further and urgent action.Following a first outbreak in 2016, which caused the mortality of around 99% of the population in Spain, the spread of a disease caused by an haplosporidian parasit and perhaps other mycobacteria is seriously threatening the survival of the Mediterranean’s biggest bivalve mollusc. 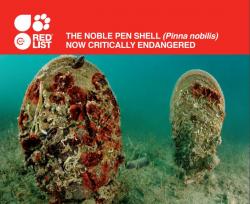 Photo: IUCN-Med
Due to the drastic population size reduction caused by the still ongoing mass mortality event and the fact that the causing pathogen is still present in the environment, the IUCN Red List of Threatened Species has included the Mediterranan Fan Mussel (Pinna nobilis) as as Critically Endangered species. Furthermore, it has been classified as a species of Community Interest in need of strict protection by the European Habitats Directive (92/43/EEC) and as an Endangered Species by the Protocol Concerning Specially Protected Areas and Biological Diversity in the Mediterranean from the Barcelona Convention (Annex II).
Learn more on IUCN-Med's factsheet.

IUCN's recommendations aim to achieve a better understanding of the Pinna nobilis' situation and to prepare an action programme in both affected and still unaffected areas, including:

Acknowledgements to all colleagues for the information provided

July 2018 | Emergency situation for pen shells in the Mediterranean

May 2018 | Pinna nobilis mass mortality outbreak in the Mediterranean