First assessment of the conservation status of butterflies in the Mediterranean

The assessment reveals that 5% of the species assessed are threatened with extinction and proposes urgent conservation measures to halt the loss of biodiversity in the region.

There are 462 butterflies native to the Mediterranean region and an assessment recently published by IUCN reveals that 19 butterfly species are threatened with extinction in the region, from which 15 are endemics.

The report shows that the most serious threats to Mediterranean butterflies are the conversion of grasslands into agricultural land for arable farming or forestry, unsustainable levels of grazing as well as abandonment of traditional cultural practices. Other significant threats are climate change, the increase frequency and intensity of fires and the development of tourism.

A group of experts concluded that appropriate habitat management could improve the conservation status of these valuable species, and they recommended urgent conservation measures to safeguard this natural capital in the region by fully implementing national and international legislation, habitat action plans and prioritization of field work and data collection for Data Deficient species.

“Butterflies are  the most iconic and popular insects for many people and have fascinating life-cycles that are used in many countries to teach children about the natural world. However, in many parts of Mediterranean Europe, butterflies are declining because of changes in  agricultural systems, and some of them could become extinct if action against these threats is not taken urgently”, says Dr Chris van Swaay, chair of Butterfly Conservation Europe and one of the authors of the report.

The report shows that the greatest species richness is found in mountainous areas such as southern France, northern Greece as well as southern Turkey, where high diversity of microclimates favours many species. More than 21% of Mediterranean butterflies are endemic, meaning that they occur only in this region. The majority of these endemic species are concentrated in the north of Africa.

“Although the percentage of butterflies listed as Data Deficient is lower than in other groups assessed, there is still a lack of information regarding distribution, population size and trends especially for the species occurring in the southern and eastern Mediterranean”, says Catherine Numa from the IUCN Centre for Mediterranean Cooperation.

This report is a result of the work developed by the IUCN Centre for Mediterranean Cooperation (IUCN-Med) in collaboration with the IUCN Species Programme and Butterfly Conservation Europe and has been presented at the World Conservation Congress held in Hawaii from the 1st to the 10th of September 2016.

IUCN-Med is assessing the conservation status of selected taxonomic groups in the Mediterranean region. The Red List of Butterflies is the ninth publication in the series.

This assessment has been made possible thanks to the financial support of the MAVA Foundation and can be consulted on: https://portals.iucn.org/library/node/46183 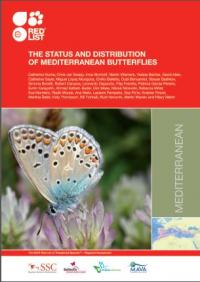 We Welcome Your Feedback

Your opinion is important to us. Please help us improve your website experience by completing a short, 5 minute survey.

No thanks give feedback