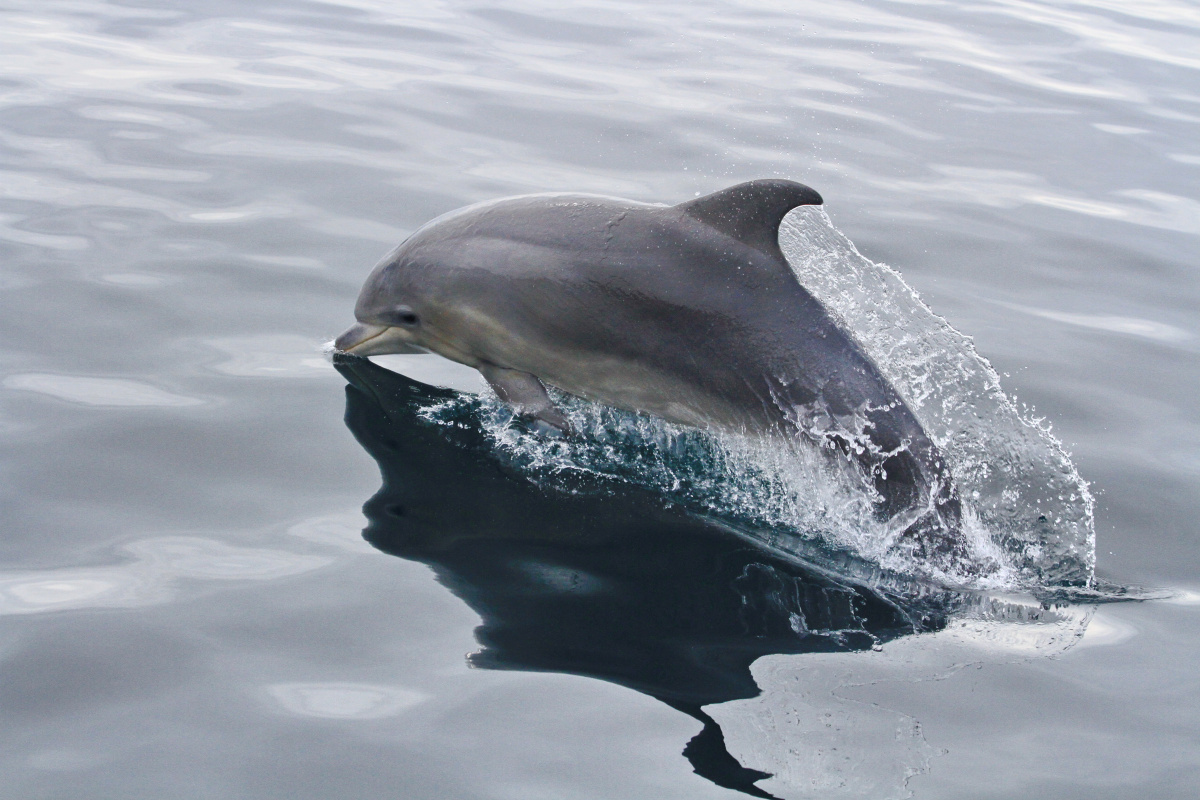 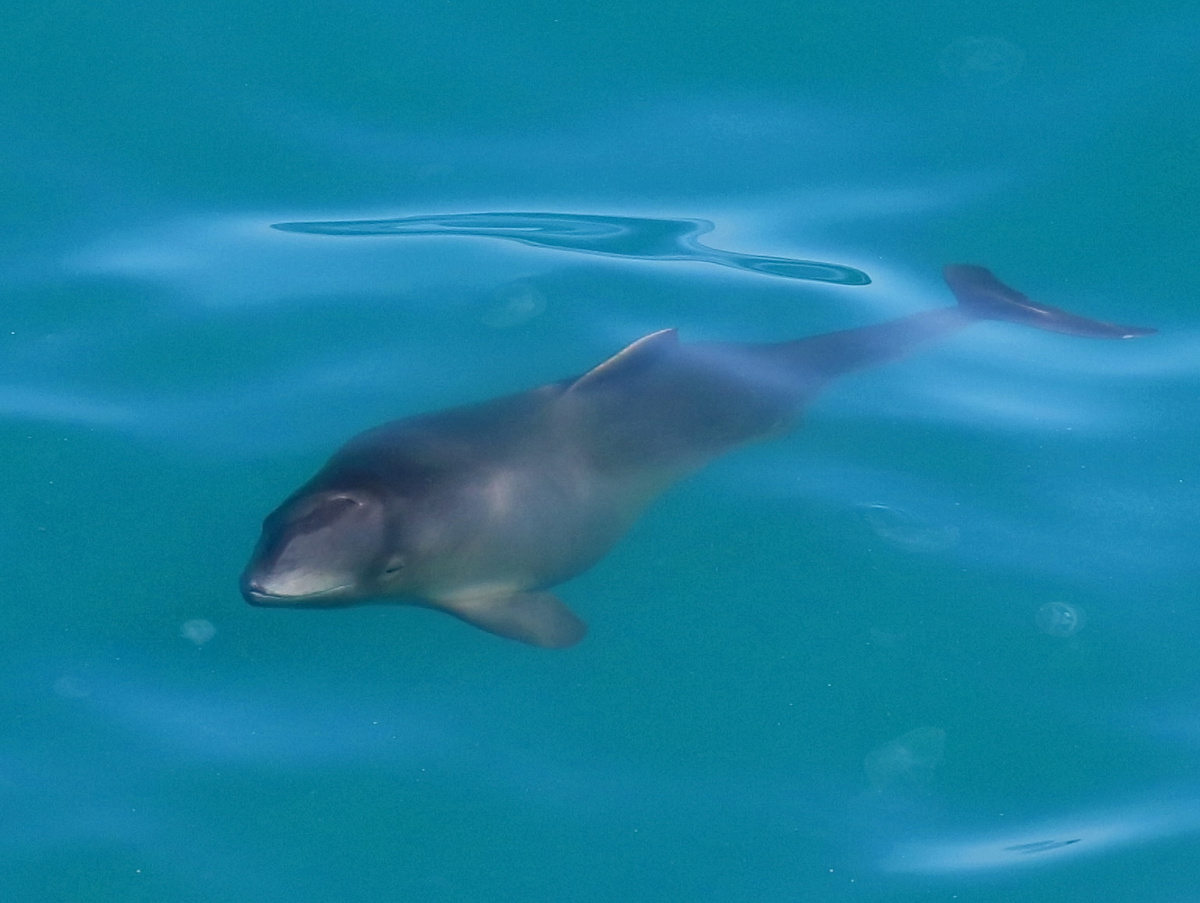 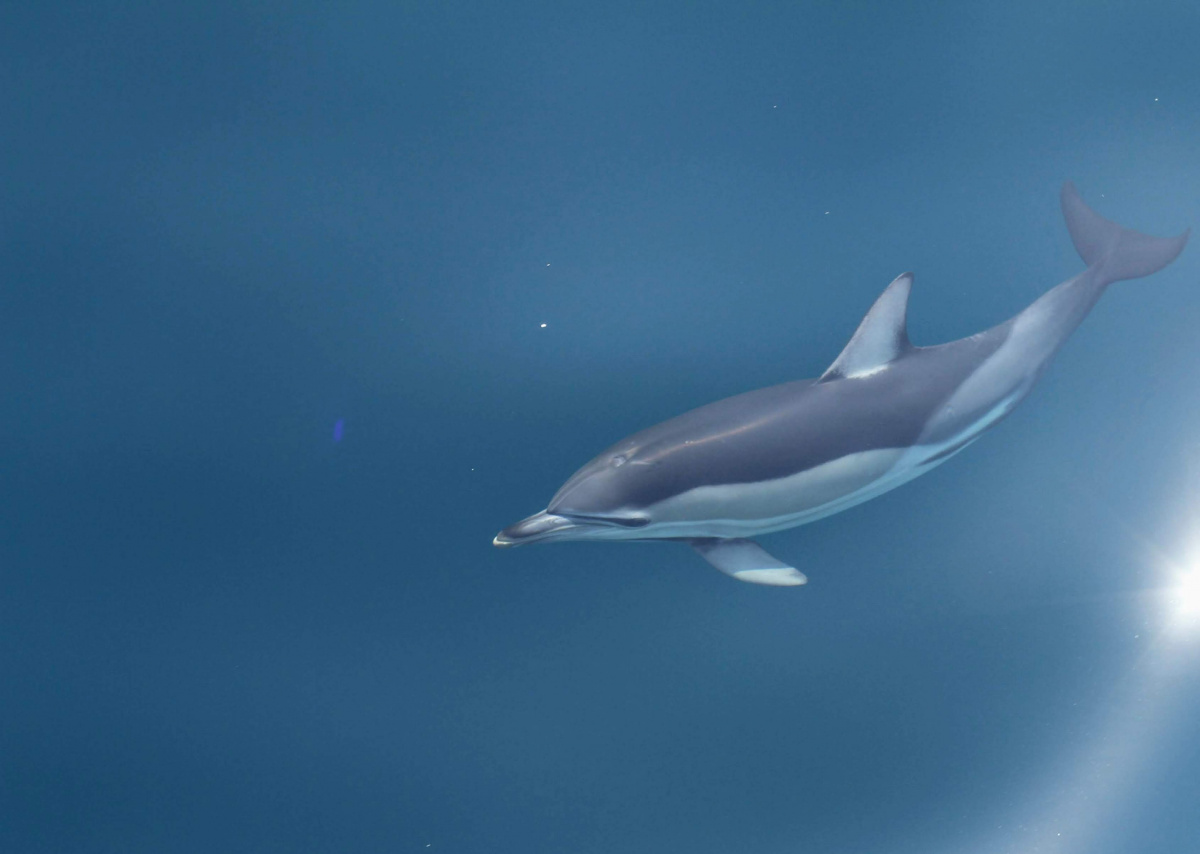 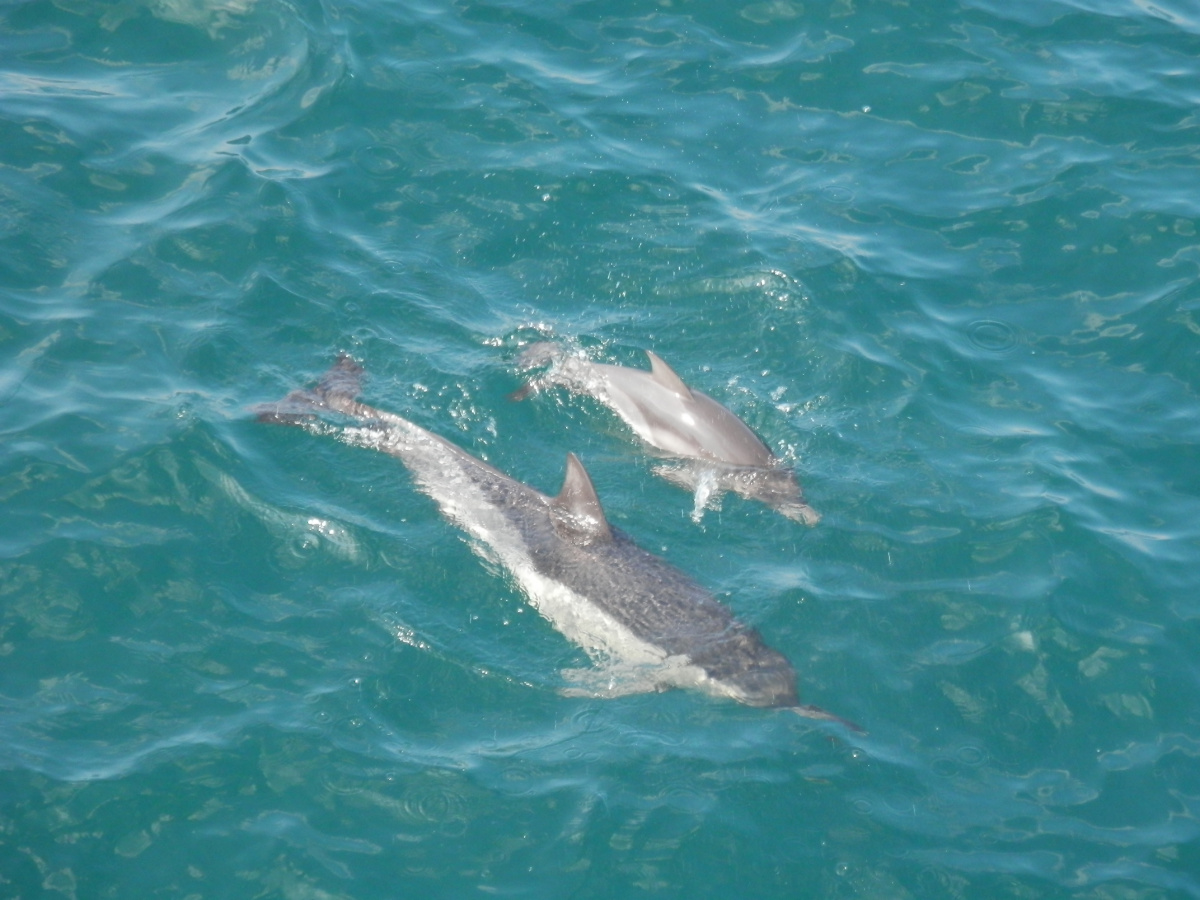 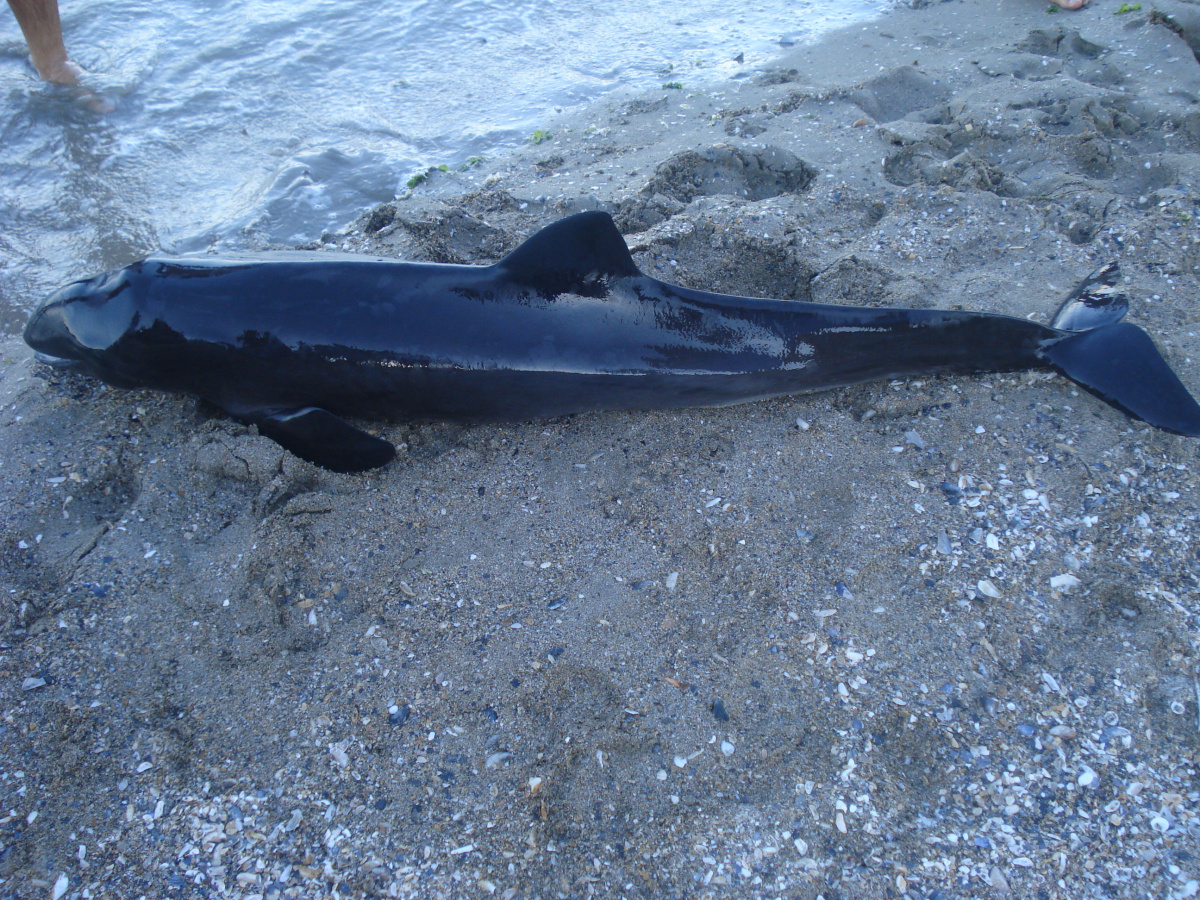 The need to protect marine biodiversity and restore healthy seas must be part of the discussions at the UNFCCC COP26 in Glasgow.

For inland seas like the Black Sea, climate change will pose difficult challenges for the unique dolphins and porpoises living there and the ecosystems they depend on. They have nowhere to go.

The announcement of the 11 prime area habitats of these three Red-Listed species as IMMAs today follows a week-long workshop which drew on decades of scientific work in the region and an intensive peer review process over the past several months.

IMMAs are not protected areas but they are intended to assist with national and global programmes to help countries select high biodiversity areas to fulfil the targets of 30 percent protection by 2030 (“30 by 30”) as supported by many international bodies and more than 100 countries around the world.

Romania is the only Black Sea country to take part so far. The region’s marine scientists and conservation organizations are hoping that the 11 new IMMAs will help put these habitats into the spotlight.

The Black Sea has only a few small protected areas in coastal waters,” says Mr. Marian Paiu, Ecology & Marine Mammal expert with Mare Nostrum in Romania. “The existing MPAs include the Kaliakra Cape in Bulgaria, Kolcheti in Georgia, Vama Veche and the Danube Delta in Romania and the Chornomorsky Biosphere Reserve in Ukraine. But vulnerable open sea habitats, as well as highly exploited port and resort areas, are left out of protection.”

Both of our dolphin species and our Black Sea porpoise are in urgent need of habitat protection,” says Dr. Pavel Goldin, leading researcher from the Department of Evolutionary Morphology, Schmalhausen Institute of Zoology, in the Ukraine. “We’re losing them mainly to bycatch, the incidental mortality in fishing nets. The annual death toll for harbour porpoises alone is 11,000 to 20,000 individuals. If that rate continues, they will soon go extinct.”

Particularly acute is the issue of protecting natural migration corridors such as the Kerch Strait which connects the northern Black Sea to the Sea of Azov. A small population of harbour porpoise, known for its distinct morphotype, lives in the Sea of Azov in summer and migrates through this strait.

Harbour porpoises have been the most heavily exploited,” says Goldin, “and they are the last to gain protection. It’s time we paid attention.”

The 11 new IMMAs are part of a tranche of 14 new IMMAs for the marine mammals of the Black Sea, Turkish Straits and Caspian Sea, which were considered together by different experts at the IMMA online regional workshop organized in March 2021 by the IUCN SSC-WCPA Marine Mammal Protected Areas Task Force.

Following independent review, 14 IMMAs, one candidate IMMA (cIMMA) and 11 areas of interest (AoI) were approved and are now displayed on the IMMA e-Atlas (https://www.marinemammalhabitat.org/imma-eatlas/). The e-Atlas shows the global network of IMMAs and AoI and a searchable database.

Genetically distinct Black Sea species and the threats to them

The two dolphin and one porpoise species in the Black Sea are locally distributed subspecies. All three are genetically distinct from non-Black Sea populations. The population of the harbour porpoise is isolated from their closest counterparts in the Atlantic by a several thousand mile distance.

The most dangerous common threat for all the Black Sea cetaceans is bycatch, mainly by getting trapped or entangled in fishing nets and suffocating when they are unable to surface to breathe. Others get lines or pieces of nets caught around their flippers or flukes; they sometimes drag fishing gear around for years—a slow death.

Bycatch is particularly a problem for the harbour porpoise: bycatch deaths in the Black Sea reach 11,000-20,000 animals a year which far exceeds any threshold for a sustainable status. This is compounded by the lasting effects of past extensive hunting which only ceased in the Black Sea in 1983.

Another common threat is the habitat degradation due to a complex process of depletion of prey fish stocks, marine pollution, eutrophication (including sewage) and bioinvasions by alien species which undermine the stability of ecosystems.

An incidentally introduced ctenophore Mnemiopsis leidyi caused a disaster in the Black Sea ecosystem in the 1980s, depleting pelagic fish stocks, which then led to cetacean population declines.

International Black Sea Action Day is a regional activity designed to raise public awareness of the need for regional cooperation necessary for the protection of the Black Sea. (For background information:  https://www.bsad.bsnn.org/home.htm)

Completion of the IMMA Black Sea work and final report

The Final report of the Seventh IMMA Workshop: Important Marine Mammal Area Regional Workshop for the Black Sea, Turkish Straits System and Caspian Sea from the IUCN Marine Mammal Protected Areas Task Force is now available for download from the IMMA website, along with maps and IMMA background data: https://www.marinemammalhabitat.org

* Agreement on the Conservation of Cetaceans of the Black Sea, Mediterranean Sea and Contiguous Atlantic Area