Last year, the IUCN Marine and Polar Programme launched a call for proposals through its Marine Plastics and Coastal Communities (MARPLASTICCs) project. Five proposals – one each in Kenya, Mozambique, South Africa, Thailand, and Viet Nam – have been chosen to receive financial support of up to US $50,000 over 12 months. These projects are small-scale, already operational, and focused on promoting circular economy strategies to reduce plastic leakage into the ocean. 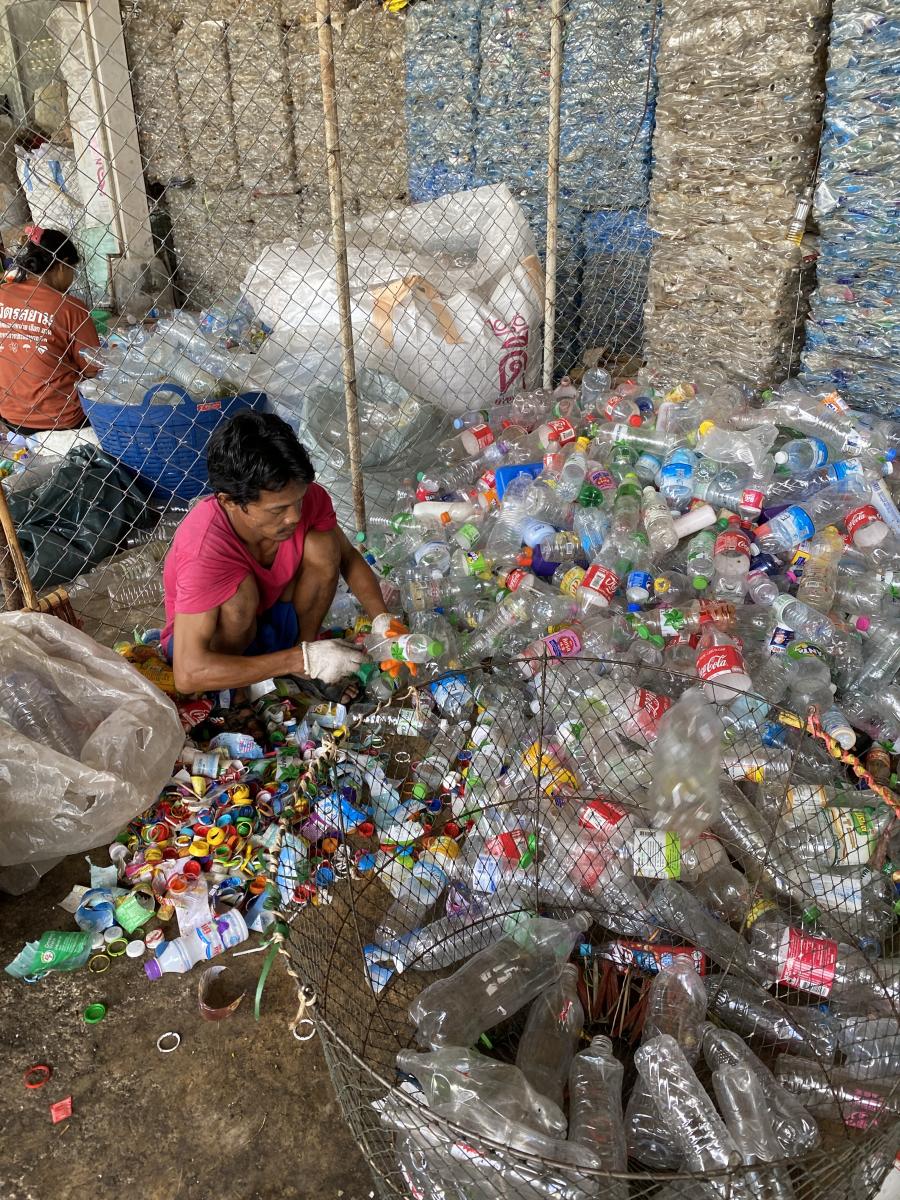 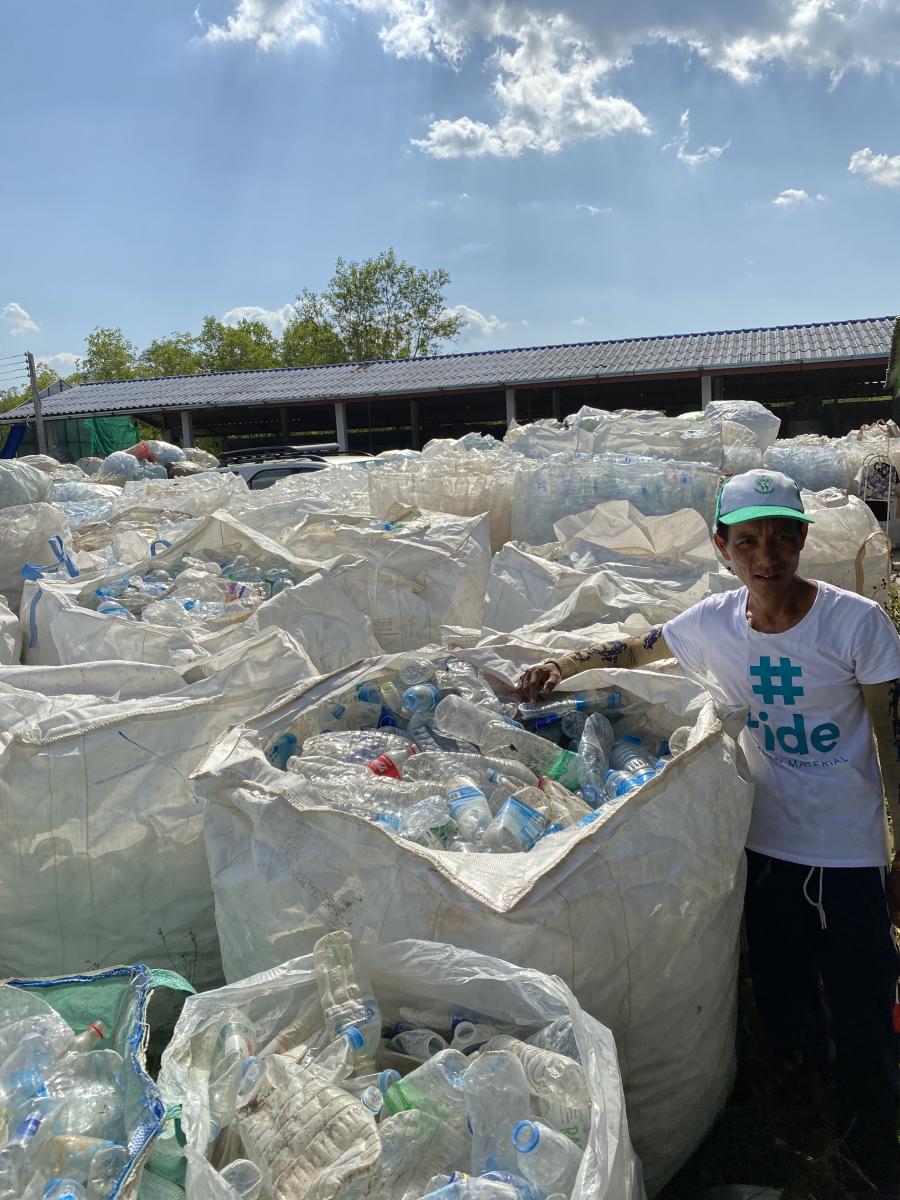 As part of the selection process, IUCN drew up a short-list of maximum five projects per country. Once these had been identified, each country’s National Steering Committee (NSC) was convened to review the proposals. The NSC composed of government and non-government organisations, has the mandate to ensure that MARPLASTICCs is fully aligned with national strategy and ongoing activities to reduce and control plastic pollution in their respective countries.

NSC members with a conflicting interest in the applications were required to recuse themselves. Once all conflicts had been resolved, the NSC reviewed the shortlisted submissions and built consensus on their preferred proposals. While IUCN had the final say, recommendations by the NSC strongly informed the decision.

Below are the grant awardees, alphabetically arranged by target country:

The project has been in operation since 2009 and is well-established, thus, IUCN support would mostly be used to maximise its potential. Industrial-scale plastic waste management equipment would allow WMA to directly intervene in reducing plastic leakage arising from improper disposal; meetings and workshops for stakeholders would enhance circular economy partnerships; marketing materials would raise public awareness; and workshops on plastic waste’s versatility would build the capacity of artists and artisans to use it creatively.

The objective of the project is to establish a financially sustainable and environmentally sound value chain for plastic waste in Vilanculos, Mozambique, to reduce plastic leakage in Bazaruto Archipelago National Park (BANP).

IUCN grant will help 3R establish four Ecopoints in Vilanculos where plastic waste materials will be collected at cost from waste pickers, micro-enterprises, and local residents and organisations. Funds will be used to hire Ecopoint staff, purchase equipment, and build local capacity and awareness on waste sorting.

Project title: A Circular Economy Approach to Plastic Leakage in the Durban Port

This project seeks to return the Durban Port ecosystem to a healthy, natural state by minimising plastic waste leakage into and out of the port. Through the Adopt-A-River project, focused on the key rivers and canals that empty into the port, WildTrust has already collected 43,000 kg of waste (almost half of which was plastic) from January to May 2019.

IUCN grant will help WildTrust enhance the Blue Port project, through which 16,000 kg of waste (7,400 kg of plastic) has already been removed from Durban Port. Planned implementation strategies include innovative waste-trapping at key locations; the development of an upcycled Ocean Brick that combines unrecyclable plastic waste with sand and glass; and the development of a mobile app that the Blue Port team can use to share waste collection data.

Project title: Moken Guardians of the Sea: Safeguarding the Oceans from Plastics

The Moken are a semi-nomadic ethnic minority whose fishing-based livelihoods are now threatened by marine litter. Through this project, the Jan and Oscar Foundation will build the capacity of Moken fishermen to recycle or upcycle plastic waste collected from rivers and canals flowing into the Andaman Sea; set up a community recycling enterprise in Ranong; and promote waste separation in public schools and Moken villages.

IUCN support will be used to enhance these educational programmes, as well as to hire Moken staff, provide apprenticeship grants, and establish Ranong’s first upcycling/recycling facility that will focus primarily on collecting plastics for upcycling into new fashion items such as clothes, bags, and other fashion accessories or useful products

The aim of the ReForm project is to transform low-value, generally unrecycled plastics into marketable products, and in doing so, to stop plastic leakage, create jobs for low-income workers, promote innovation, and provide alternatives (such as wood replacements) to existing products. Following the successful implementation of an urban ReForm center inDa Nang, a pilot model for small and medium-sized landfills and value-added waste management system will be set up on Cham Island. The ReForm centre will be operated primarily by waste-pickers and managed through multisectoral collaboration.

With the support of IUCN, a Cham Island ReForm facility will be fully built and equipped. The grant will also cover the facility’s operational costs over the course of three months, allowing ReForm to train low-income waste pickers and build their earning capacity.