Today, the International Union for the Conservation of Nature (IUCN) announced efforts to reduce, and where possible eliminate, single-use plastics at its headquarters, the IUCN Conservation Centre in Gland, Switzerland. These efforts include a ban on all single-use plastic cutlery, plates and straws. Oxo-degradable plastics – which ultimately break down into microplastics – and expanded polystyrene cups are also included in the ban. 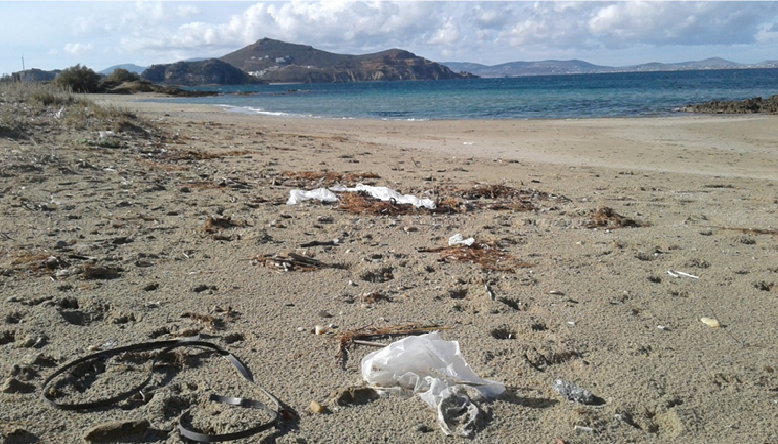 Plastics on the shore of Naxos, Greece

The problem of plastic waste ending up in the ocean is increasingly recognised as a global crisis. Approximately 12 million tons of plastic finds its way into the ocean annually, and in Europe, single-use plastics account for an estimated 50% of marine litter. Plastic debris poses a serious threat to the marine environment, with adverse effects on marine species, ecosystems and human health.

Since 2014, IUCN’s work on marine plastics has focused on seeking solutions to tackle plastic pollution at the source through the “Close the Plastic Tap” programme. This work includes collaborating with partners around the world to reduce plastic leakage, with efforts ranging from the policy level to on-the-ground interventions.

IUCN has a mandate to work towards reducing plastic pollution, formalised in Resolution 136 (2012) and Resolution 049 (2016), adopted by IUCN’s worldwide membership. Going forward, IUCN has a unique role to play in driving action towards the Sustainable Development Goals and in leading multi-sectoral efforts to establish effective transboundary action to end the plastic waste crisis.