Madrid, Spain, 07.12.2019 (IUCN) - The loss of oxygen from the world’s ocean is increasingly threatening fish species and disrupting ecosystems, a new IUCN report warns. Ocean oxygen loss, driven by climate change and nutrient pollution, is a growing menace to fisheries and species such as tuna, marlin and sharks, according to the report released today at the UN Climate Change conference in Madrid. 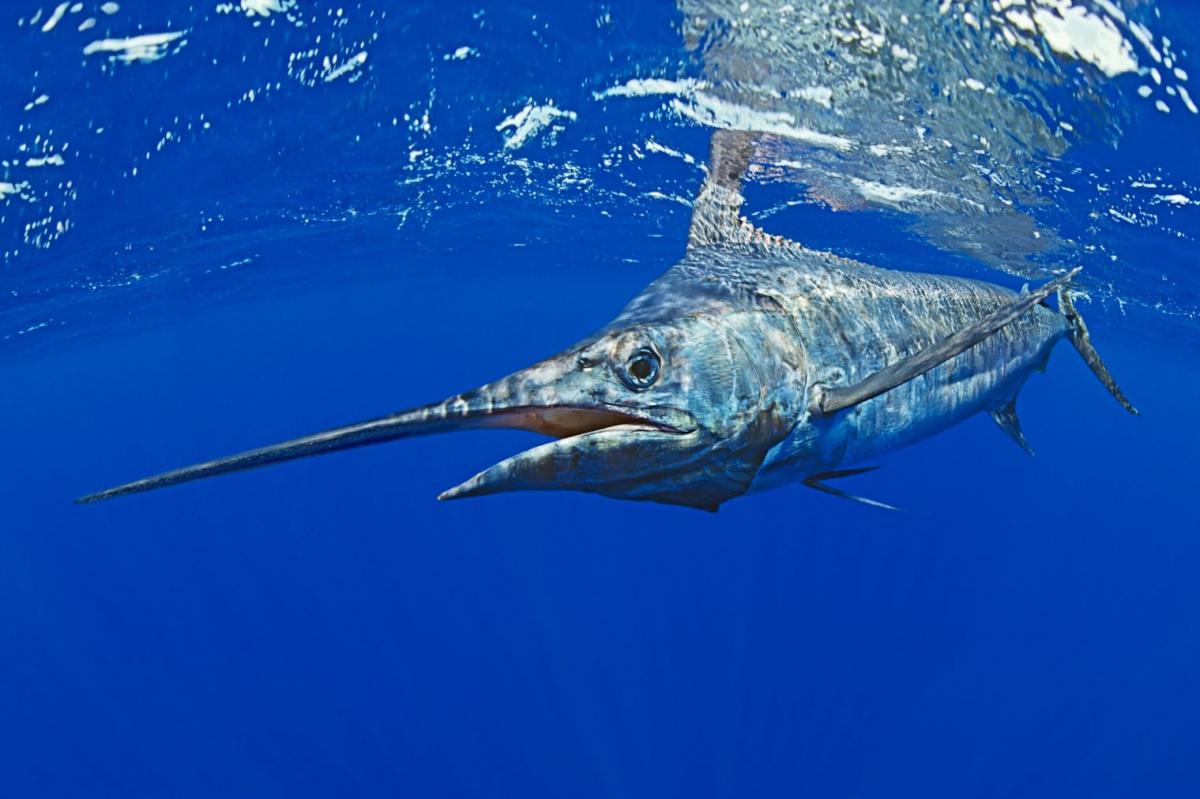 "With this report, the scale of damage climate change is wreaking upon the ocean comes into stark focus. As the warming ocean loses oxygen, the delicate balance of marine life is thrown into disarray,” said Dr Grethel Aguilar, IUCN Acting Director General. “The potentially dire effects on fisheries and vulnerable coastal communities mean that the decisions made at the ongoing UN Climate Change Conference are even more crucial. To curb ocean oxygen loss alongside the other disastrous impacts of climate change, world leaders must commit to immediate and substantial emission cuts."

The review report, "Ocean deoxygenation: Everyone's problem", is the largest peer-reviewed study so far into the causes, impacts and possible solutions to ocean deoxygenation. Ocean regions with low oxygen concentrations are expanding, with around 700 sites worldwide now affected by low oxygen conditions – up from only 45 in the 1960s. In the same period, the volume of anoxic waters – areas completely depleted of oxygen – in the global ocean has quadrupled, according to the report.

"We are now seeing increasingly low levels of dissolved oxygen across large areas of the open ocean. This is perhaps the ultimate wake-up call from the uncontrolled experiment humanity is unleashing on the world’s ocean as carbon emissions continue to increase," said Dan Laffoley, Senior Advisor Marine Science and Conservation in IUCN's Global Marine and Polar Programme and a co-editor of the report. "Ocean oxygen depletion is menacing marine ecosystems already under stress from ocean warming and acidification. To stop the worrying expansion of oxygen-poor areas, we need to decisively curb greenhouse gas emissions as well as nutrient pollution from agriculture and other sources."

Deoxygenation is starting to alter the balance of marine life , favouring low-oxygen tolerant species (e.g. microbes, jellyfish and some squid) at the expense of low-oxygen sensitive ones (many marine species, including most fish). Some of the ocean’s most productive biomes – which support one fifth of the world’s wild marine fish harvest – are formed by ocean currents carrying nutrient-rich but oxygen-poor water to coasts that line the eastern edges of the world’s ocean basins. As naturally oxygen-poor systems, these areas are particularly vulnerable to even small changes in ocean oxygen. Impacts here will ultimately ripple out and affect hundreds of millions of people.

Species groups such as tuna, marlin and sharks are particularly sensitive to low oxygen because of their large size and energy demands. These species are starting to be driven into increasingly shallow surface layers of oxygen-rich water, making them more vulnerable to overfishing. Very low ocean oxygen can also affect basic processes like the cycling of elements crucial for life on Earth, such as nitrogen and phosphorous, the report warns.

The ocean is expected to lose 3–4% of its oxygen inventory globally by the year 2100 under a business-as-usual scenario, but the global average masks local changes that are predicted to be, for example, more severe in mid to high latitudes. Most of the losses are predicted to be concentrated in the upper 1000m of the water column, which is richest in marine biodiversity.

“Whilst we have known about dead zones in the ocean for many decades, ocean warming is now expected to further amplify deoxygenation across great swathes of the ocean. We need to work together to get the ocean oxygen budget back in balance”, said Isabella Lövin, Minister for Environment and Energy and Deputy Prime Minister of Sweden, a major funder of the report. “With this report it is time to put ocean deoxygenation among our top priorities in order to restore ocean health.”

The major drivers of ocean oxygen loss are climate change and nutrient pollution, with the latter affecting coastal areas. As the ocean warms, its waters hold less oxygen and become more buoyant, resulting in reduced mixing of the oxygen-rich water near the surface with the ocean depths, which naturally contain less oxygen. Nutrient pollution causes oxygen loss in coastal waters as fertiliser, sewage, animal and aquaculture waste cause excessive growth of algae, which in turn deplete oxygen as they decompose.

“Urgent global action to overcome and reverse the effects of ocean deoxygenation is needed. Decisions taken at the ongoing climate conference will determine whether our ocean continues to sustain a rich variety of life, or whether habitable, oxygen-rich marine areas are increasingly, progressively and irrevocably lost. World leaders will also come together in June 2020 at the IUCN World Conservation Congress in Marseille to drive action towards restoring ocean health – one of the key themes of the next IUCN Congress,” said IUCN Global Marine and Polar Programme Director Minna Epps.

The full report and summary for policy makers are available here.