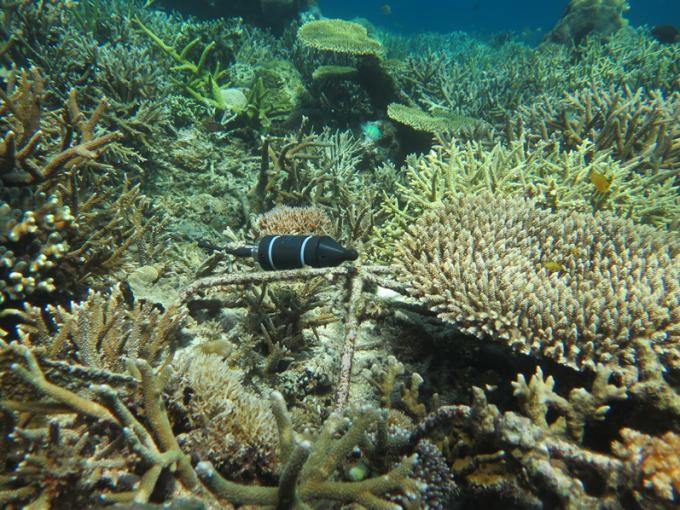 “Investment and insurance industries are crying out for these evidence-based standards to enable coral reef restoration,” said IUCN’s Carl Gustaf Lundin. “These deceptively simple solutions aim to rebuild the overall coral reef ecosystem. The coral reef restoration system developed by Mars, Inc. - building a “coral spider” framework - offers a unique way to provide structural stability which enables the whole reef ecosystem (corals, invertebrates and fish) to return. Life which you can hear… which is what is so exciting.  An increasing body of scientific research points to sound as a proxy for coral reef health which is an easily measurable outcome.”

“Reef restoration is an exciting new collaboration between humans and many thousands of marine species.  To maximize success, we have imagined being the corals, the parrot fish, and the shrimp, to understand the reefs from their perspective and needs.  To rebuild reefs, we need to move beyond growing and planting coral for our needs - looking down - and start to think like a fish and look up” said Professor Steve Simpson of the University of Exeter, a workshop participant.

“Paul Allen believes saving coral reefs from climate change is a critical challenge facing the world and scaling reef restoration will be a vital tool” said James Deutsch of Vulcan Inc. “This workshop advanced the science and economics of reef restoration, showing scale is possible if we combine diverse disciplines.”

The workshop was opened by Dr. Ir. Safri Burhanuddin from the Coordinating Ministry of Maritime Affairs, Republic of Indonesia, who led a small Indonesian contingency of scientists and government officials.  Said Frank Mars of Mars, Inc. and an IUCN Patron of Nature. “Indonesia’s grand challenge for how healthy coral reefs could become a key attraction for increasing the Indonesian tourism industry was inspiring. I feel confident that if we combine all the right people from across the world and work collaboratively, we can rise to meet and deliver against these specific challenges for Indonesia, and perhaps the rest of the world’s reefs.”

Following the workshop, a subset of the participants continued on to Makassar, Sulawesi to dive on and provide a peer review of Mars’s coral reef restoration system.  Continued Mr. Mars, “With the Indonesian government’s support, Mars has been actively working since 2011 to develop a scalable system, which anyone properly trained could use to restore rubble areas within most coral reefs around the world.”  The peer review feedback following the dive across the three hectares of restored reef of Makassar was best summed up by Professor David Smith of the University of Essex and who works extensively in Indonesia. “Wow! In my thirty years of diving I don’t remember when I saw such levels of coral cover.  Seeing coral cover like that really resets the ecological baseline.  Many of us may have to change our view on what we thought was a high-quality reef.  I came away inspired and with a new sense of hope for reefs worldwide.”

It is intended that outcomes from the workshop will be assembled and published in the future, as well as included in conversations to be held during the Our Oceans Conference to be held in Bali at the end of October 2018.