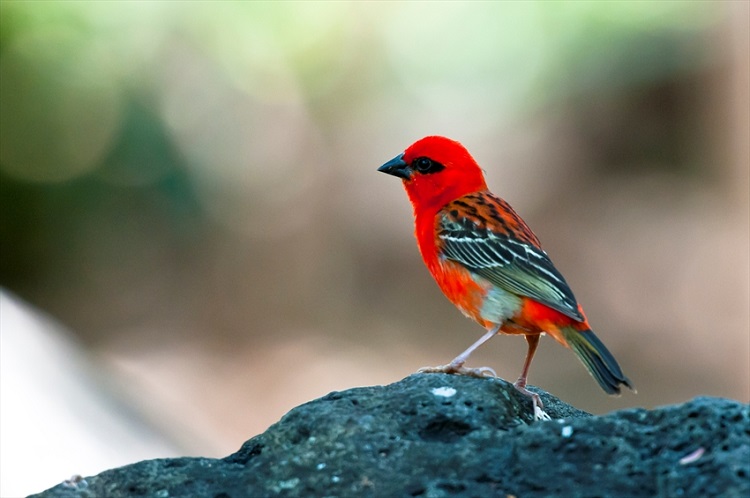 The IUCN Red List of Threatened SpeciesTM, which assesses the extinction risk of nearly 100,000 species, was key in informing the IPBES assessment.* The IUCN Red List shows that threats vary greatly in severity, both across species groups, for example with corals declining faster than many other species, and geographically, for instance with areas in the tropics, on islands, and in mountains facing more severe biodiversity loss.

“The IPBES report shows that on average, a quarter of species in vertebrate and plant groups assessed on the IUCN Red List are threatened with extinction,” said Dr Thomas Brooks, IUCN’s Chief Scientist and a Review Editor of the report. “The novelty of this report is the fact that it was both requested and accepted by governments, marking the first time governments send an unequivocal message on the crisis of nature and what can be done to solve it. IUCN calls on governments and all sectors of society to seek urgent solutions to the grave biodiversity crisis highlighted in the report.”

The IPBES report also graphs the increasing number of extinctions over the last 500 years, and the Red List Index, which shows the rate at which species groups are sliding towards extinction. The Red List Index is an official UN indicator for tracking progress towards Sustainable Development Goal Target 15.5.

The IPBES assessment documents the costs of biodiversity loss in terms of 18 classes of ecosystem services, described in the report as “nature’s contributions to people”, and considers these in terms of economic implications but also with respect to their social, cultural and spiritual values.

“Acknowledgement by the Global Assessment of the contribution indigenous and local knowledge and practices can provide to halt the decline of biodiversity and to live in harmony with nature is a constructive step forward particularly  given that indigenous peoples manage or have tenure rights over about a quarter of the land’s surface,” said Aroha Mead, former Chair of the IUCN Commission on Environmental, Economic, and Social Policy, and one of the Lead Authors of the planned IPBES assessment of the conceptualisation of values of biodiversity and nature’s benefits to people.

The IPBES assessment also provides much reason to hope. It synthesises evidence for the effectiveness of a wide variety of actions that governments and other sectors of society can implement to halt the biodiversity crisis.

“The IPBES assessment documents the importance of safeguarding key biodiversity areas – sites contributing significantly to the global persistence of biodiversity – as a prime example of effective conservation actions,” commented Dr Stuart Butchart, a Contributing Lead Author of the report, and Chief Scientist of BirdLife International, an IUCN Member organisation. “The assessment emphasises that protecting key biodiversity areas is crucial not just on land but also within marine and freshwater ecosystems, and in cities.”

The report graphs the protection of key biodiversity areas by combining the World Database of Key Biodiversity Areas, maintained by BirdLife International on behalf of the Key Biodiversity Areas Partnership, with the World Database on Protected Areas, maintained by UN Environment’s World Conservation Monitoring Centre and IUCN. IUCN standards underpin both databases, which together provide an official UN indicator for Sustainable Development Goal Targets 14.5, 15.1, and 15.4.

Moreover, the report uses scenarios to shed light on the possible impact of different kinds of policy actions.

“It is not too late to act to halt the loss of biodiversity and support its recovery, but doing so will require transformative changes across the economic, policy and societal sectors, facilitating commitments to action at home and internationally by governments and all sectors of society,” explained Dr Carlo Rondinini, Lead Author of the report and head of the Global Mammal Assessment for the IUCN Red List at Sapienza University in Rome.

The IUCN Red List documents many examples of such conservation success, for example in the Seychelles, where control of invasive species and establishment of protected areas increased the survival prospects of numerous species, such as the Seychelles magpie-robin.

“The timing of this report is excellent to support the 2020 IUCN World Conservation Congress in France, and the Convention on Biological Diversity’s Conference of the Parties in China, in establishing a plan to save life on earth,” said Flore Lafaye De Micheaux, IUCN’s IPBES Programme Officer, who supports stakeholder engagement at the IPBES Secretariat.

IUCN’s engagement in IPBES is generously supported by the Government of France.

*IUCN Red List data may be used to inform a wide variety of applications, including ‘Guiding scientific research’; IUCN maintains ‘Guidelines for Appropriate Uses of IUCN Red List Data’ in support of such uses. The IPBES Global Assessment of Biodiversity and Ecosystem Services is a good example of such use. Thus, while IUCN cannot provide an overall estimate of how many of the planet's species are threatened (doing so is beyond the mandate of the IUCN Red List), it is appropriate for scientific researchers, such as IPBES assessment authors, to do so. Parties seeking further information should obtain this from IPBES directly.

LINKS:
IUCN at the 7th Plenary session of the Intergovenmental Science-Policy Platform on Biodiversity and Ecosystem Services