Indigenous peoples have been heard at World Conservation Congress

“Recognition” was the word invoked time and again by indigenous leaders during the first ever World Summit of Indigenous Peoples and Nature at IUCN World Conservation Congress in Marseille, France. What was their impact? 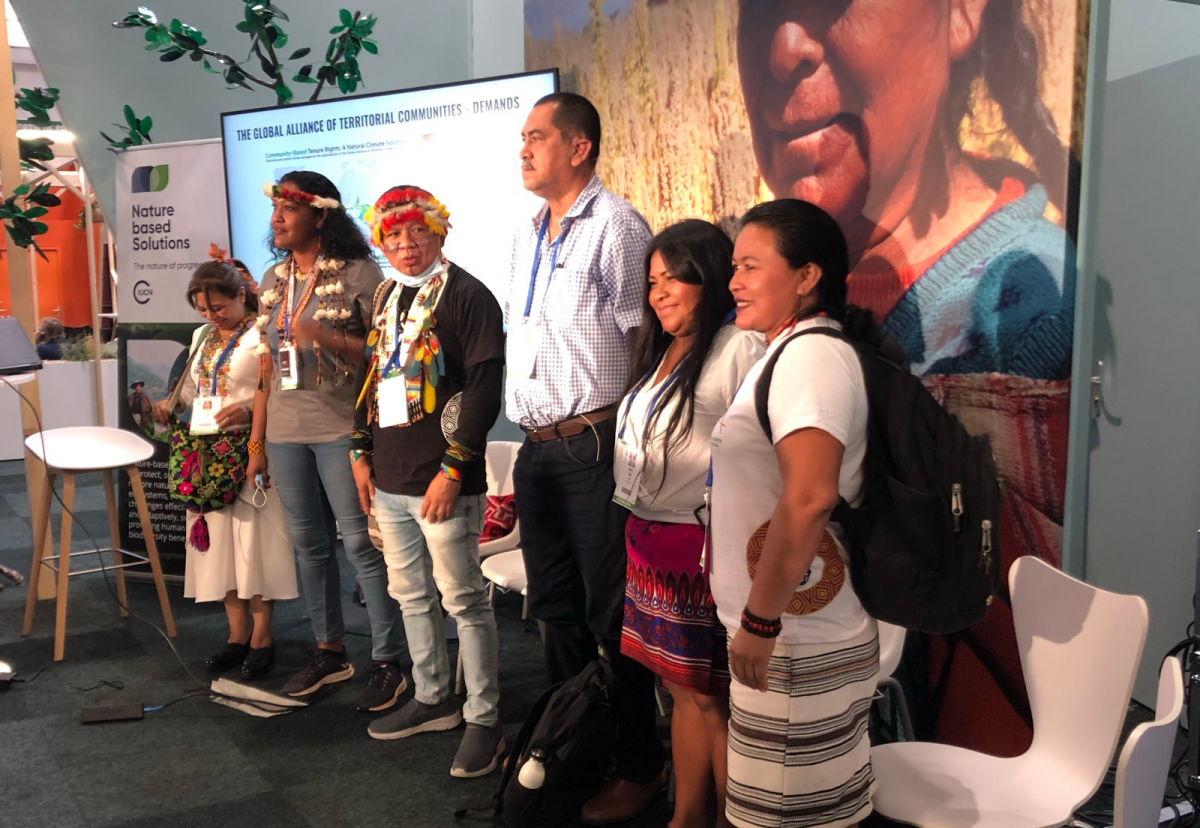 The central leadership roles of Indigenous peoples have been historically overlooked in national conservations and climate initiatives. Certainly, they have seldom been seen behind the podium at large international events such as the one in Marseille, France where the IUCN’s Indigenous Peoples’ Organisation Members presented their Global Indigenous Agenda for the Governance of Indigenous Lands, Territories, Waters, Coastal Seas and Natural Resources. This agenda lays out high-level proposals and outcomes relating to five themes: indigenous governance; biodiversity conservation; climate action; post-COVID 19 recovery efforts and food security; and global policy setting.

First on the agenda was a request that the collective indigenous rights and governance of lands, territories, waters, coastal seas and natural resources be recognised. Such recognition is foundational, and everything else follows. We have already seen that in areas where the rights of indigenous peoples are protected, biodiversity thrives. In fact, a recent study published in March by the Food and Agriculture Organization of the United Nations and Fund for the Development of the Indigenous Peoples of Latin American and the Caribbean showed that deforestation is substantially lower in places where indigenous land rights are recognised and honoured.

In addition to the agenda, indigenous peoples organisations also presented a motion asking that 80% of the Amazon, the largest rainforest in the world, be protected by 2025. The IUCN passed the resolution, hailed as a big step forward both in terms of conservation and in terms of recognising indigenous peoples as essential to the process.

The climate and conservation goals articulated by governments cannot be achieved without the help and leadership of indigenous peoples everywhere.

“We need governments all over the world as a matter of priority to ensure that we can continue our roles as guardians of the forest, guardians of the Earth,” said Mina Setra from Indigenous Peoples Alliance of the Archipelago – Indonesia (AMAN), in her speech during the proceedings. 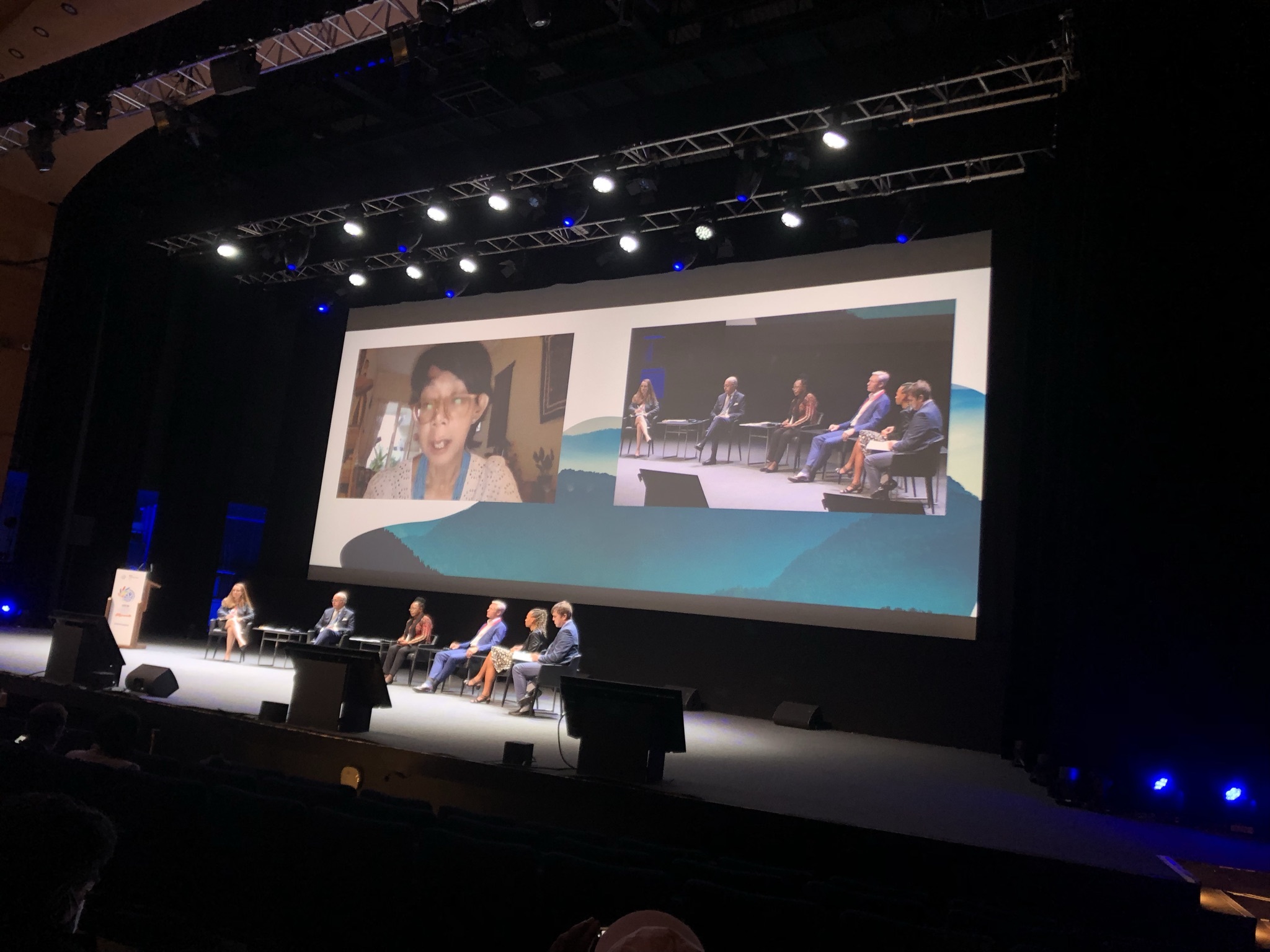 Generally, solutions addressing climate change and environmental protection have not sufficiently recognised and supported indigenous peoples and the work they are already doing.

“National parks have funding. They have the support of governments,” said José Gregorio Diaz Mirabel of the Coalition of Indigenous Organizations of the Amazon River Basin (COICA) speaking at the IUCN Congress. “They have laws to ensure their protection. But we can only defend our indigenous territories ourselves with our lives, with our blood, with our battle. It is time that our indigenous territories receive the same protection, that they are protected by laws and that they are respected by humanity.”

Policy solutions have to be implemented by the people already living in those places that need to be restored and protected.

“370 million indigenous peoples constitute 5% of the world’s population, but protect 80%  of the planet’s biodiversity,” said Rukka Sombolinggi, Secretary General, AMAN. She explained that indigenous peoples are already the main conservators of biodiversity and are tackling climate change mitigation and adaptation.

In addition to indigenous peoples, the Congress also made room for small farmer organisations who demonstrated that they are extremely motivated partners in global conservation and restoration efforts as they are also culturally and spiritually attached to the land and forests. Mark Kebo Akparibo, from the Ghana Federation of Forest and Farm Producers, pointed out that smallholder farmers are also important private sector actors who are too often left out of the global discourse, yet they largely rely on land and forest resources for their living.

"Organisations of indigenous peoples and local communities are sophisticated climate resilience experts, they either adapt or perish", said Duncan Macqueen, from the International Institute for Environment and Development (IIED) at a Nature-based Solutions event during Congress. Panellists of that session co-organised by the Forest and Farm Facility, a partnership between FAO, IIED, IUCN and AgriCord that supports grassroots organizations and indigenous peoples’ groups such as COICA and AMAN through the Global Alliance for Territorial Communities, agreed that channelling more climate finance directly into locally-led adaptation would be money well spent.

Numerous international news outlets, including The Guardian, Le Monde, El Pais, Frankfurter Algemeine Zeitung, Politico EU, Agence France Presse and Agencia EFE among others, reported on the participation of indigenous peoples at the Summit and their importance to protecting biodiversity, reflecting a high-level of public interest in the issues. The vote to protect 80% of the Amazon by 2025 is a first step, but the vote is not enough. Governments and stakeholders will have to agree on long-term strategies to meet this ambitious goal.

Web story by the Forest and Farm Facility, a partnership between FAO, IIED and IUCN, and AgriCord.