At the highest levels of international organisations and governments, policies and guidelines often support engagement with local stakeholders, and include their representation. These ideas are enshrined in the Sustainable Development Goals, particularly Target 16 which ensures responsive, inclusive, participatory and representative decision-making. Such inclusive decision-making is a foundation of sound conservation practice. However, translating these ideas to the ground through natural resource interventions remains problematic. IUCN’s Gretchen Walters explores this topic through a recently published issue of Conservation and Society. 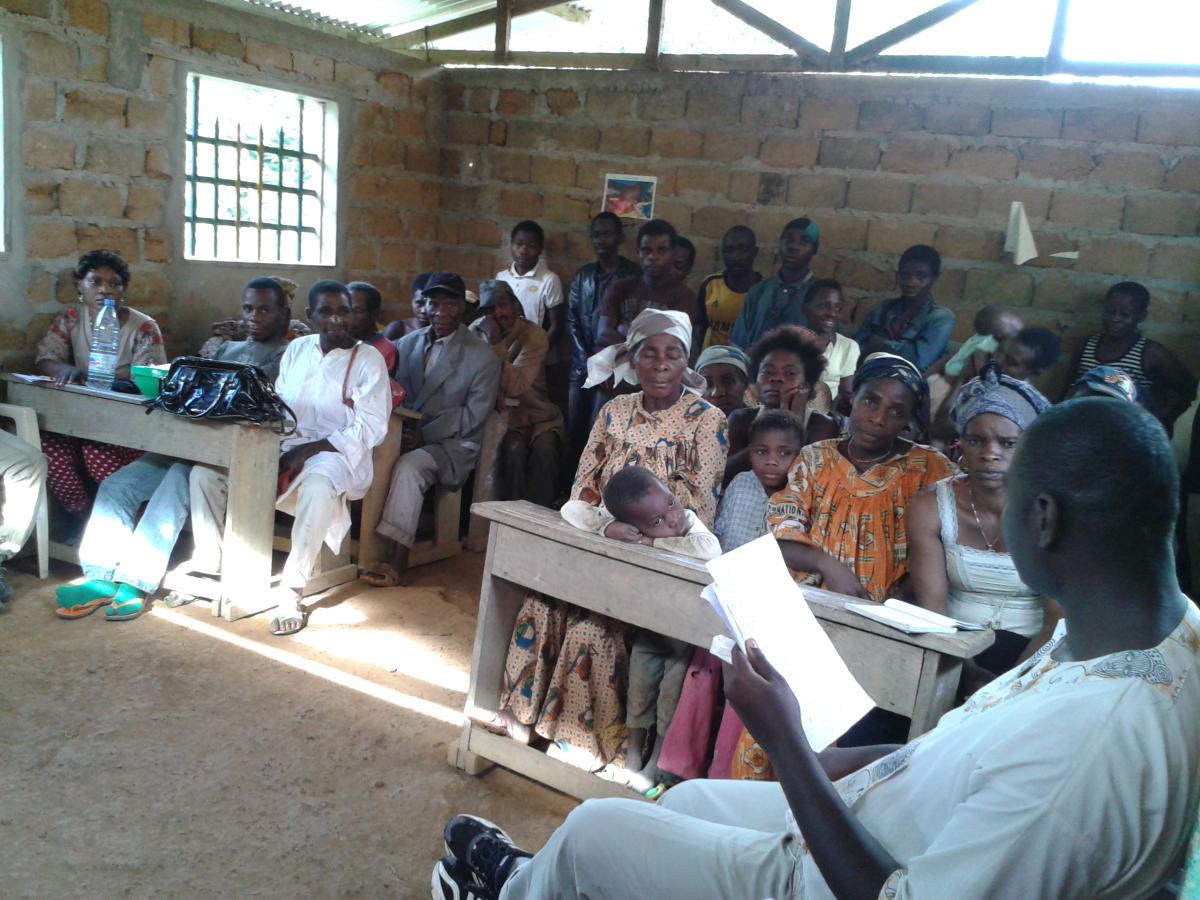 In a recent special issue by the journal Conservation and Society, several articles explored the implementation of natural resource management projects as diverse as REDD+, restoration and protected areas management. This body of work stemmed from a multi-year research, practice and policy collaboration, the Responsive Forest Governance Initiative (RFGI). The project saw more than 40 researchers and practitioners in 13 countries in Sub-Saharan Africa question how projects by donors, governments and NGOs were being implemented, and how this influenced elements of governance such as participation, representation, accountability and citizenship.

The articles were framed by asking why participatory processes rarely reflect local needs and aspirations, and why they often do not permit participants to make significant decisions – such as whether or how the project will take place. Sometimes this leads to outside decision-making and the removal of local rights in favour of the urban elite, as recounted in a case of charcoal producers from Senegal.  Also in Senegal, the creation of regional councils has moved decision-making about local resources farther away from local people.

Focusing on specific types of project implementation, one article explores decision-making conflicts with elites and national NGOs within a Ghanaian Community Resource Management Area, which reduced the ability of communities to engage on decisions on resource management.

In preparing national REDD+ programmes in Nigeria and Uganda, two studies found that processes which claimed to be democratic were found to lack significant space for engagement with indigenous people or elected representatives. While another article described REDD+ implementation in Kenya, where the choice to work with project-based committees may have had short-term benefits for project implementation, but likely reduced the efficiency of working with elected bodies in the long-term.

The decision-making power dynamics extend equally to the development of large conservation projects. In a case from the Congo Basin, the power dynamics of how large organisations engage with national representatives around a negotiating table is complicated by inflexible project development processes which are unable to keep pace with changing trends in REDD+.

How can this research be translated into practice? The RFGI developed handbooks to help researchers and practitioners to study and adopt more participatory methods. Furthermore, principles for working with local governments, parallel authorities (e.g. customary institutions, NGOs), citizens and local people have been developed. IUCN is exploring how to bring these principles into wider practice, including through IUCN’s Natural Resource Governance Framework.

Improving governance is a learning process for intervening agencies such as local administrations, communities, and project implementers. Intervening agencies can have a positive impact on power dynamics and conservation. However, governance work is more sustainable when institutional arrangements, empowered citizens, and local authorities are in place to actively support these outcomes.

For the full story, read the Special Issue in Conservation and Society.

The RGFI project was led by Jesse Ribot, James Murombedzi and Gretchen Walters, respectively of the University of Illinois Urbana-Champaign, the Council for the Development of Social Science Research in Africa, and the International Union for Conservation of Nature.