When you want to go far: farmers and foresters from 15 African countries unite in Tanzania

If you want to go fast, go alone. If you want to go far, go together. This African proverb was fittingly applied by Jeffrey Campbell, manager of the Forest Farm Facility, from the Food and Agriculture Organization of the U.N., during the opening of an African conference for forest and farm producer organizations. During the course of the event, “going far” turned out to be nearly as literal as figurative. 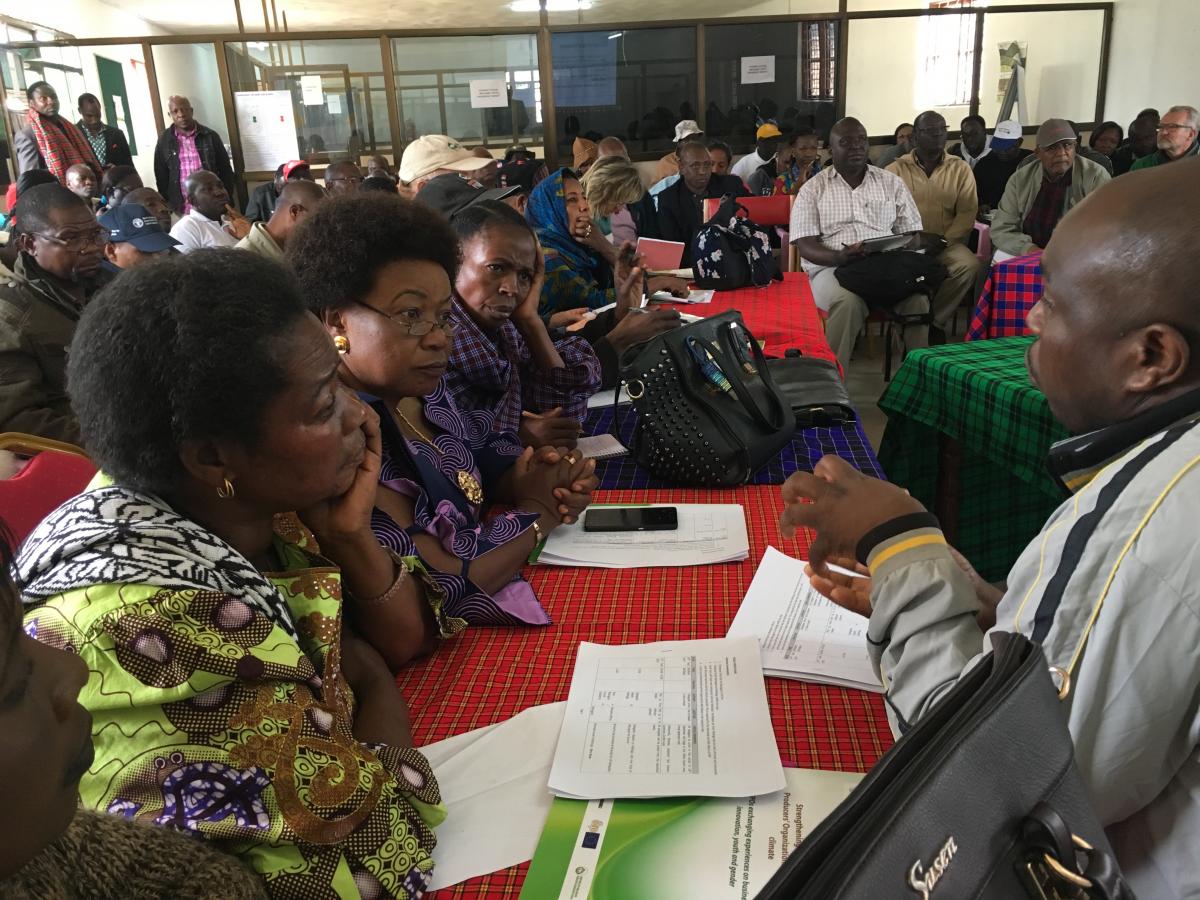 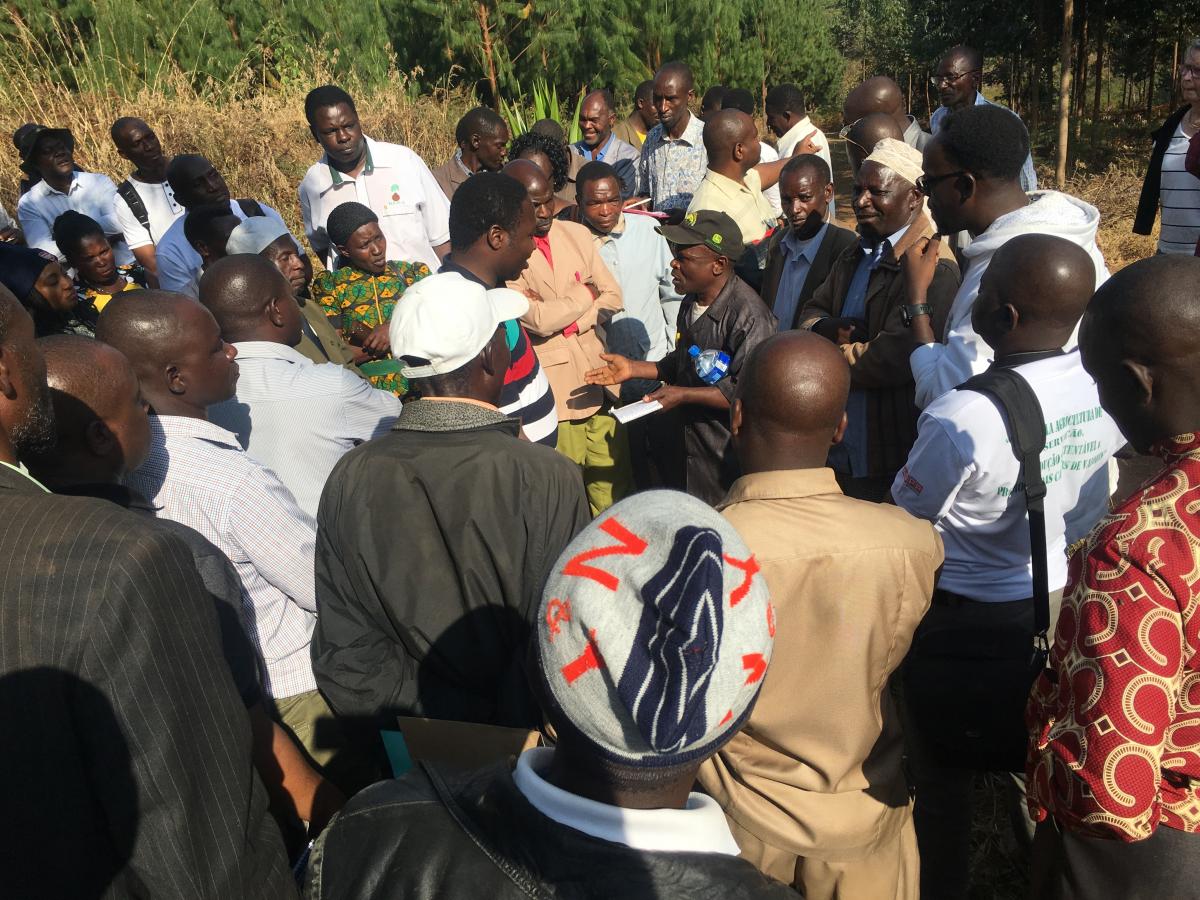 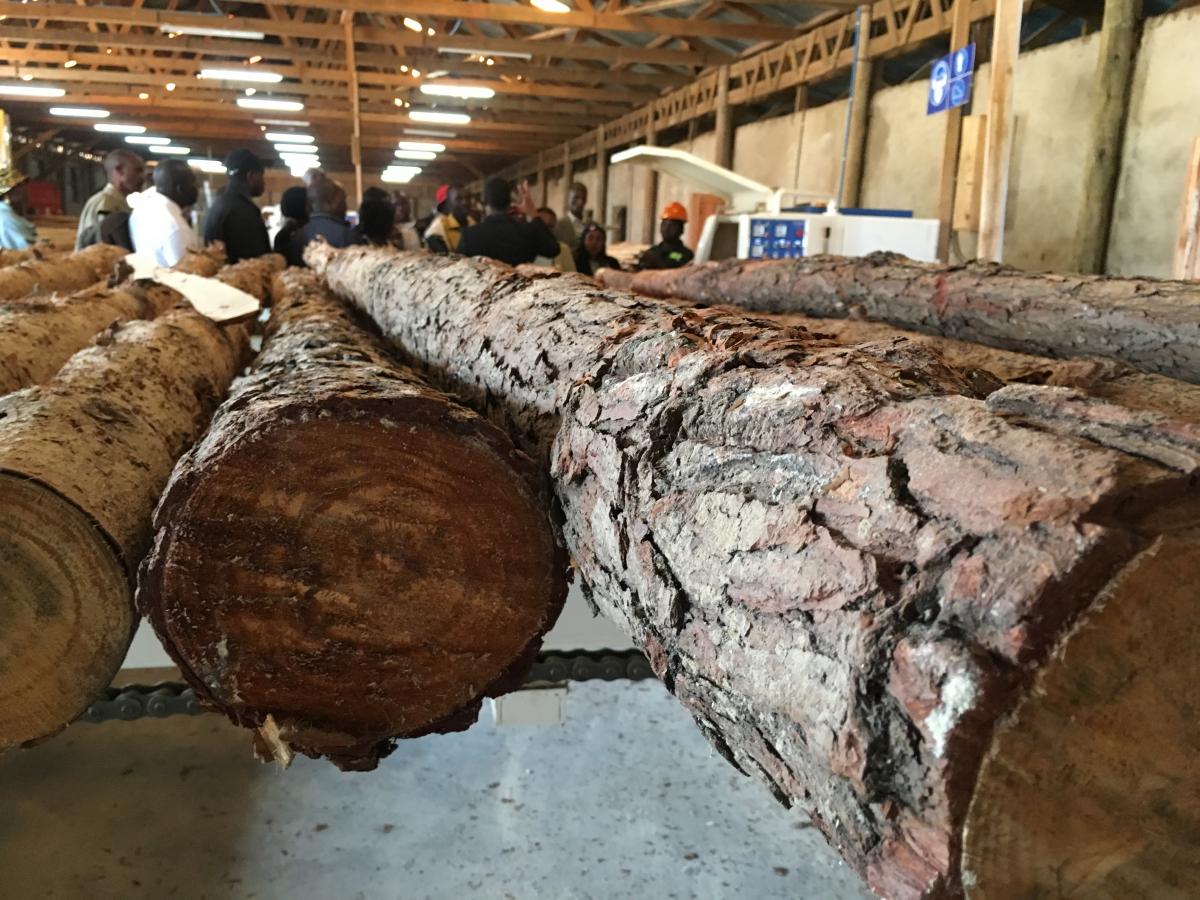 In a valley among the imposing hills of east-central Tanzania, the city of Morogoro was host to the 2nd African Regional Conference of Forest and Farm Producer Organizations (FFPOs). Over 160 leaders from farming and forestry organisations, engaged government representatives, and scores of passionate farmers, foresters and smallholders traveled from 15 African countries to commiserate, commune and set a course for their futures. They came to share their stories – their successes and struggles – and most importantly, to learn from one another. Many left inspired – inspired by reaffirming the strength that FFPOs provide to individuals all over Africa – inspired to see that their travails accessing markets, delivering education and technology, securing tenure over land, confronting the realities of both strong and poor governance, and coping with a changing climate are not unique – but shared.

During the three days leading up to the conference “going far” together took on a more literal meaning. More than half of the conference participants, mostly strangers at the beginning of the week, boarded a series of busses to travel 15 hours through the countryside beyond the dusty timber industry town of Mafinga on a demonstration field trip. Along the way, they met one of the local hosts of the conference and field event, MVIWATA, the national network of farmers groups, at their headquarters before setting off through dozens of little villages, a dry and leafless baobab forest, a long and verdant agricultural river valley, and past sparring elephants and grazing zebras by the side of the road in Mikumi National Park.

The group was destined for the vast government forest plantations of central Tanzania to learn about a timber industry that sustains thousands. The encumbered busses pushed on for hours through rough dirt roads bordered by more than 150,000 hectares, heaving with eucalyptus and pine. Participants toured a commercial sawmill and charcoal operation supporting the local economy. But just beyond this industrial complex was what these pilgrims truly sought, a start-up smallholder tree growers association. When the local association introduced their operation and actively engaged in discussing their difficulties with getting their products to market given their remote location, the intended exchange began – but this was ultimately just a small piece of the real learning.

Along the long road to and from greater Mafinga, before the exchange conference in Morogoro had officially begun, participants from each country had the opportunity to share their stories with one another, and exchange thoughts on FFPOs. Not in a formal way, but in a personal and real way. Once these weary travelers emerged from the field visit, they took their new knowledge and new friendships back to the conference, where their numbers doubled.

The two-day, 160 person-strong conference was highlighted the first morning by a lively and inspirational speech from Professor Jummane Maghembe, Minister of Natural Resources and Tourism of Tanzania, who emphasised the importance of combining environmental goals while supporting livelihoods.

As the conference progressed and more people took center stage, a few recurring themes became self-evident. Primary among them were land tenure – a particular struggle for many women, securing access to markets for farm and forest producer groups, influencing favorable policy, and coping with climate change. 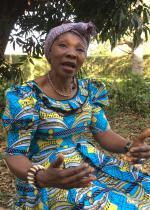 Photo: Corbett Nash / IUCN
“That is our dream. A continent where you have women entrepreneurs in the entire value chain – without these challenges of getting ownership to land and to forests.” - Cecile Ndjebet, Réseau des Femmes Africaines pour la gestion Communautaire des Forêts (REFACOF)

Participants took these issues head-on by sharing their expert techniques and successful cases, both local and regional. For many, these very real challenges gradually appeared less daunting when armed with new strategies from their peers, and the inspirational momentum generated from a group of like-minded people.

At the end of the conference, the participants formally acknowledged their concerns and made an aspirational declaration to collectively take action. Whether it was a village mayor combatting climate change in Niger, the spokeswoman for a gum Arabic collective fighting back the desert in Sudan, an association leader encouraging sustainable fishing in Mozambique, a school teacher educating students on the importance of fruit trees in the Gambia, a young professional in Kenya linking research innovation with practical business options for smallholders, or a women’s group president in Cameroon uniting producers in 17 west African countries, they are still learning how far they can go – when they go together.

Blog by Corbett Nash of the IUCN Forest Programme. IUCN is a partner in the Forest and Farm Facility (FFF). The conference was co-organized by FFF [a partnership between the Food and Agriculture Organization of the U.N. (FAO), the International Institute for Environment and Development (iied), IUCN, and AgriCord] and International Family Forestry Association (IFFA), Africa Forest Enterprises Connect Network (AFECONET), We Effect, Central Union of Agricultural Producers and Forest Owners/Finnish Agri-agency for Food and Forest Development (MTK/FFD), Farm Forestry Smallholder Producers Association of Kenya (FF-SPAK), Network for Natural Gums and Resins in Africa (NGARA), and the African Union Commission.

FAO webstory on the conference.