Today, a rapidly increasing number of people are flocking to the coasts – to build their homes, to spend their holidays or to conduct business activities. Meanwhile, climate change is turning coasts into increasingly hazardous living environments. Human conversion of coastal ecosystems is exacerbating the problem as wetlands protect the shoreline from floods and soil erosion – which is often cheaper than manmade (grey) efforts to do so. The growing understanding of the efficiency and cost-effectiveness of wetlands lends hope for a global move toward ditching the grey for green coastal infrastructure. 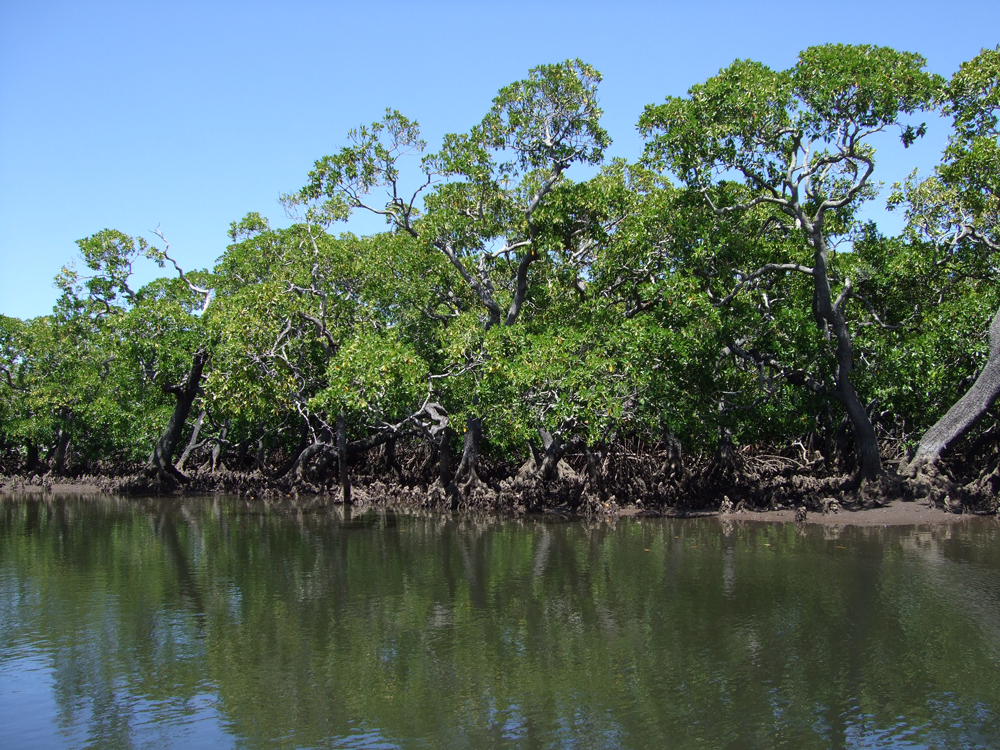 Dangers to life on the coast

Already half the world’s population lives within 60 km of the sea, and most large cities are found on the coast. But life on the coast now comes at a high cost, with a real danger to lives and livelihoods. The changing global climate is bringing more frequent and severe weather events such as wind, larger waves and storm surges. Erosion will decrease habitable land area. Rising sea levels will be especially problematic – if not disastrous – for low-elevation coastal zones and small island states, which could be hosting up to 1 billion inhabitants by 2030 (compared to 0.6 billion in 2000).

The need for protecting coastal communities from climate induced disasters is very high (e.g. UNISDR). Ninety percent of recorded major disasters caused by natural hazards from 1995 to 2015 were linked to climate and weather including floods, storms, heatwaves and droughts.

While some coastal areas are in need of hard infrastructure, healthy mangrove forests (among other coastal ecosystems such as seagrass beds, coral reefs and saltmarshes) are proven to function as buffer zones between land and sea. The Nature Conservancy and Wetlands International, under the Mangrove Capital project, recently published guidelines for managers and policy makers on mangroves’ function in mitigating floods and coastal erosion through reducing wave energy and facilitating sediment capture. Healthy mangrove systems could allow for the land to keep up with sea level rise through vertical build-up of soil layers. Unfortunately, the protection mangroves offered us from the raging ocean has been – to a vast extent – replaced by shrimp ponds or harvested for unsustainable wood supplies.

The initial response of many was to build massive concrete infrastructure such as seawalls to keep the waves out. A recent analysis published on Cool Green Science showed that much money is still pumped into ‘hard’ or ‘grey’ coastal infrastructure. The U.S. alone spends 400 times more on coastal grey than green infrastructure around the world. But these seemingly indestructible grey infrastructures are often expensive and come with high maintenance costs. In addition, waves can get 2 – 4 times bigger when they reflect off a hard structure, leading to increased erosion in front of the structure and to eventual collapse. We are only now learning that at least part of the solution was there all along – coastal protection provided by nature – a method generally referred to as ecosystem-based adaptation (EbA).

Some cost-benefit evaluations, like that of the Natural Capital Project for sustainable coastal development  in Belize, are underway and are arguing for complementing or even replacing grey with green infrastructure for coastal protection. Besides lower implementation and maintenance costs, green infrastructures provide additional economic benefits from industries such from tourism and fisheries.

Nature-based solutions can be applied in many very different ecosystems for different climate related disaster risks. The EPIC Project (IUCN and MAP) is demonstrating this through various community projects from tackling droughts in Burkina Faso to coastal erosion and floods in Thailand (video).

Mangrove restoration projects for improving coastal resilience are underway in many places, particularly in countries like the Philippines, Bangladesh, Vietnam, Indonesia and Thailand, which are heavily affected by flooding and sea level rise. Because mangrove restoration is simultaneously climate adaptation and mitigation (see previous blog), a country’s mangrove restoration efforts can be applied towards achieving their sustainable development goals.

In the interest of coastal communities around the world, let’s ensure our coastal guardians of the future come in green, and not only grey, armour.