An intense day for biodiversity: IUCN busy with the EU Green Week, and MEPs discussing on the CAP

Tuesday 21 October was a remarkably busy day for the IUCN European Regional Office, in the context of the EU Green Week 2020. EU Biodiversity Targets for Protected Areas and Nature Restoration at the top of the Agenda 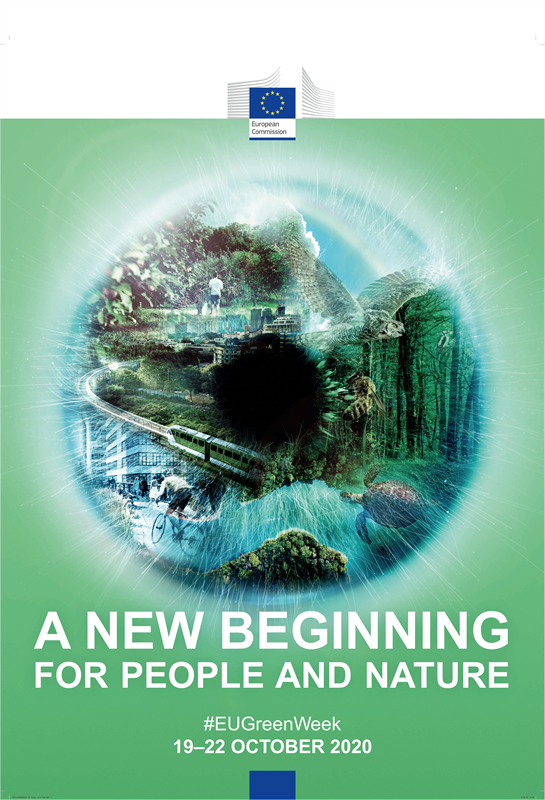 In the morning, during the session “The New EU Biodiversity Strategy Targets for Protected Areas” speakers from diverse backgrounds shared their perspectives about the current challenges and opportunities for reaching the targets set out in the EU Biodiversity Strategy to 2030, and about the importance of the targets for biodiversity and climate change mitigation and adaptation. Alberto Arroyo Schnell, Senior Manager Policy and Programme at the IUCN European Regional Office, focused his panel intervention on the need to use the already functioning and well-known tools, to focus our energy on the implementation, the real challenge. IUCN tools, such as the Green List Standard, the IUCN Protected Areas Management Categories or the IUCN Red Lists of Species and Ecosystems can be extremely helpful in this context. To prevent failure we had in achieving the previous biodiversity targets, we need inclusivity to ensure that all stakeholders are fully involved in the discussion for the designation of further PAs and their management. One year ahead of the approval of the Global Biodiversity Framework in the context of the Convention of Biological Diversity, the EU can set an example for the global dimension; the EU PAs targets are achievable, we now need the financial resources and strong political will to ensure good implementation.

Thomas Brooks, Chief Scientist for the International Union for Conservation of Nature participated in the “Working With Nature And With People, For Nature And People – A Milestone For A Resilient Recovery” session, which introduced the planned European Partnership ‘Rescuing Biodiversity to Safeguard Life on Earth’.

In the early afternoon, our Director Luc Bas participated in the “Nature Restoration: A Win-Win for Biodiversity and Climate” session, a partner event by WWF and UNEP. This session focused on the discussion around the role of nature restoration in tackling the environmental challenges we are facing, opportunities in key sectors including repurposing agricultural subsidies to support nature-positive food systems and climate action as part of countries’ efforts to build back better, and the potential role for EU and global policy in restoring natural ecosystems for the benefit of people and the planet and in support of a green, resilient recovery. Luc Bas addressed the lack of commitment with respect to the Bonn Challenge, promoting Nature-based Solutions as a win-win for society and environment, and the need to improve joint financing for climate and biodiversity, as well as include natural capital accounting. The restoration of nature cannot be an excuse for not implementing strong protection mechanisms.

At the same time, Barbara Pia Oberč, Policy Officer at the IUCN European Regional Office, presented our report “Approaches to sustainable agriculture”, during the “Farming For Food And For Nature. How Farmers Can Become The Actors Of The Sustainability Transition”.

The European Commission also launched a new Knowledge Centre for Biodiversity, in order to support the EU Biodiversity Strategy for 2030 and its associated Action Plan. In addition, the first ever EU-wide Ecosystem Assessment came out yesterday; the report presents an ecosystem assessment covering the total land area of the EU as well as the EU marine regions, carried out by the Joint Research Centre, European Environment Agency, DG Environment, and the European Topic Centres on Biological Diversity and on Urban, Land and Soil Systems.

While the EU Green Week was taking place, the European Parliament rejected the amendment to integrate the EU Green Deal targets into the future Common Agricultural Policy and voted in favour of compromise proposals put forward by the European People's Party, the Socialists and Democrats and the Renew Europe group. The EP voted against an emissions-reduction target for agriculture of 30% by 2027 and rejected protecting grasslands and peatlands. This vote has been defined a “kiss of death” to nature and to the Farm to Fork strategy.

Earlier in the morning, EU ministers had agreed on the proposal from the German presidency of the Council of the EU to put aside just 20% of direct payments for mandatory eco-schemes, that will not become binding until 2025. This 20% for the greening of agriculture is too little for the ambitious plan that the EU Green Deal set out; the delay in the implementation of the eco-schemes is just another slowdown in the biodiversity’s path to recovery.

Tomorrow, the EU Environmental Ministers will meet and agree on a common position on the way forward for biodiversity: we hope their conclusions will signal a strong ambition of the EU towards the achievement of the biodiversity goals.