The results of the extensive assessment for the Red List of all of Finland’s terrestrial and aquatic ecosystems were published in December 2018. The threat status of ecosystem or habitat types in Finland was now evaluated for the second time, using this time the new assessment methodology called IUCN Red List of Ecosystems Categories and Criteria. 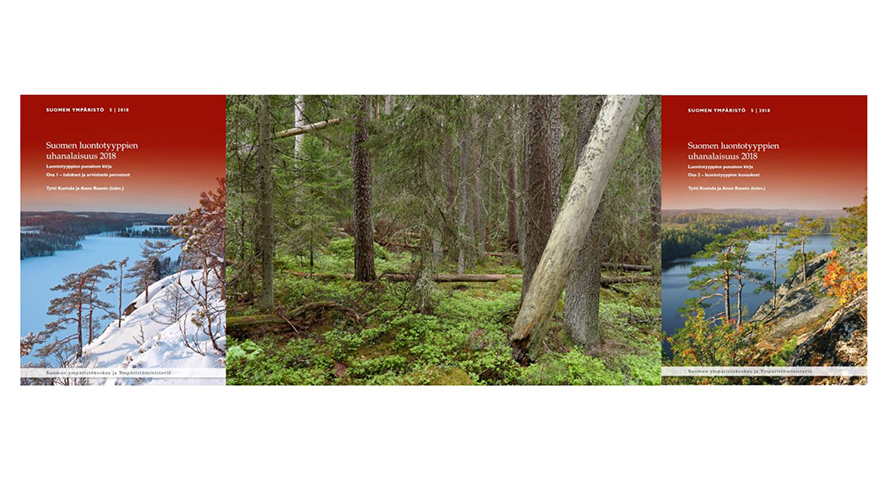 Almost half (48%) of the nearly 400 habitat types were assessed as threatened. The status of habitat types has not improved in Finland since the first assessment which took place ten years ago.

Instead, assessments show that the trend among many habitat types is declining. However, hope is not lost, and altogether 70 proposals for measures are listed in the final report.

Among the RLEs finalized so far in different countries, the Finnish RLE is exceptionally comprehensive in its habitat coverage and in the application of the IUCN RLE Criteria. Each of the five criteria, reflecting either the distributional or functional symptoms of ecosystems risk, were considered for each of the nearly 400 habitat types.

Changes were examined during the past 50 years, and over a longer time span, with a comparison to the pre-industrial era of the 1750s. Attempts were also made to predict future changes.

All the seminatural grasslands were assessed as threatened: most of them are Critically Endangered (CR). Forest habitat types account for the second largest proportion (76%) of threatened habitats, while the lowest proportions were found in inland waters (20%), the Baltic Sea (24%) and rocky habitats (25%).

Extensive Cooperation between All Key Players

More than 120 experts were involved in the three-year project, and the outcome exceeds 1300 pages that give descriptions, distribution maps, photos, and the reasoning behind the assessment results for each habitat type. One of the most comprehensive in the world, the assessment of threatened habitat types in Finland…