At the tenth anniversary celebration of IKI, the initiative and IUCN reflected together on the progress made in deploying Nature-based Solutions to climate change, reaffirming the role of ecosystems and biodiversity for climate action. 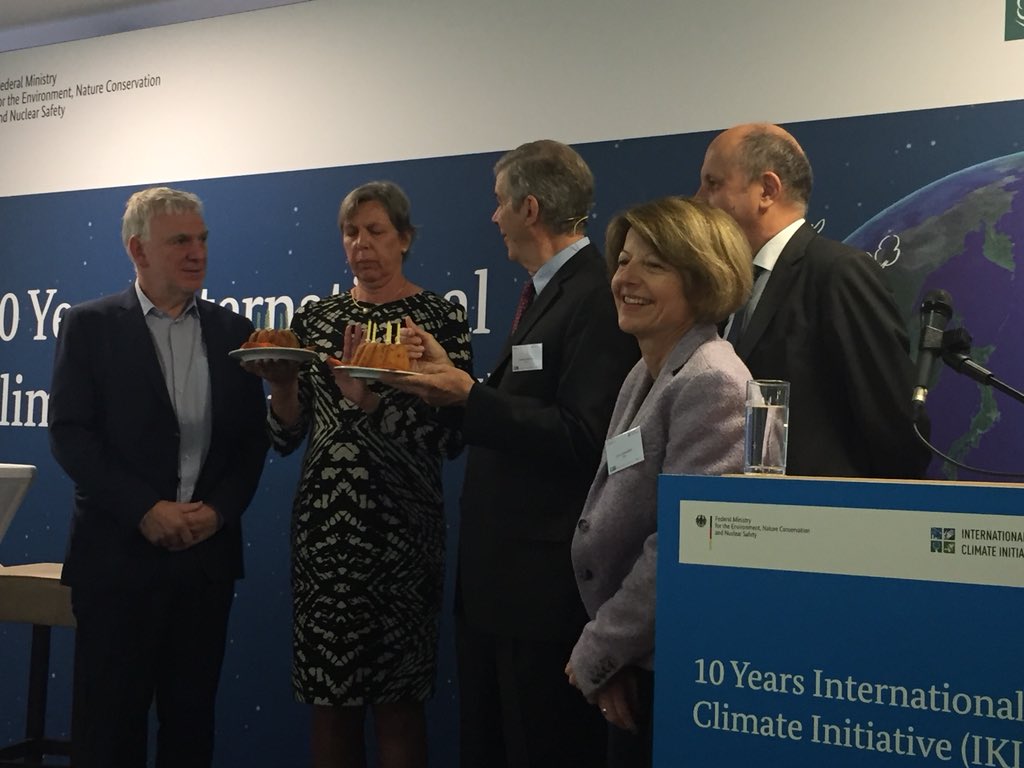 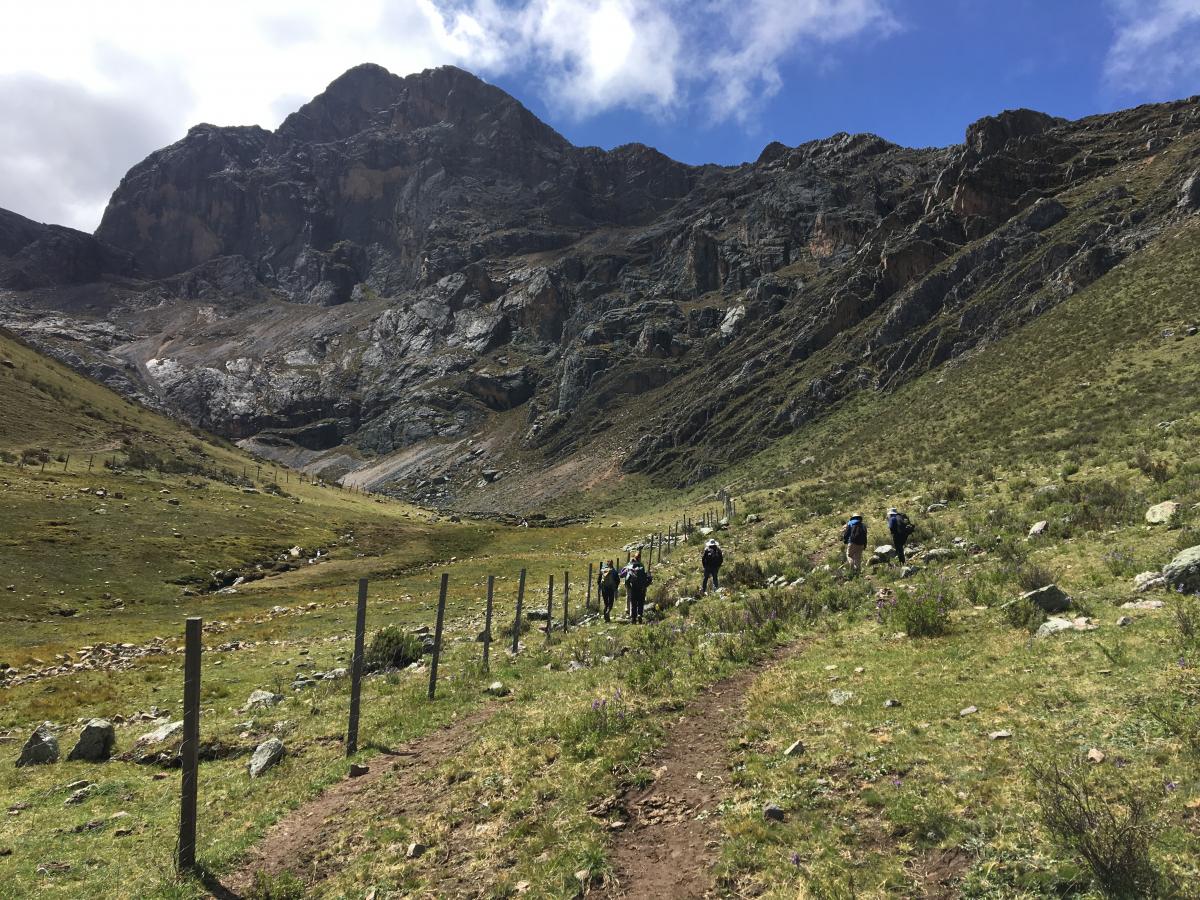 The Global Mountain Ecosystem-based Adaptation Program worked with the community of Miraflores to sustainably manage high-elevation wetlands in the Nor Yauyos Cochas Landscape Reserve, Peru. Adaptatioin measures will be consolidated as part of the Scaling Up Mountain EbA Program, implemented jointly by IUCN and The Mountain Institute. 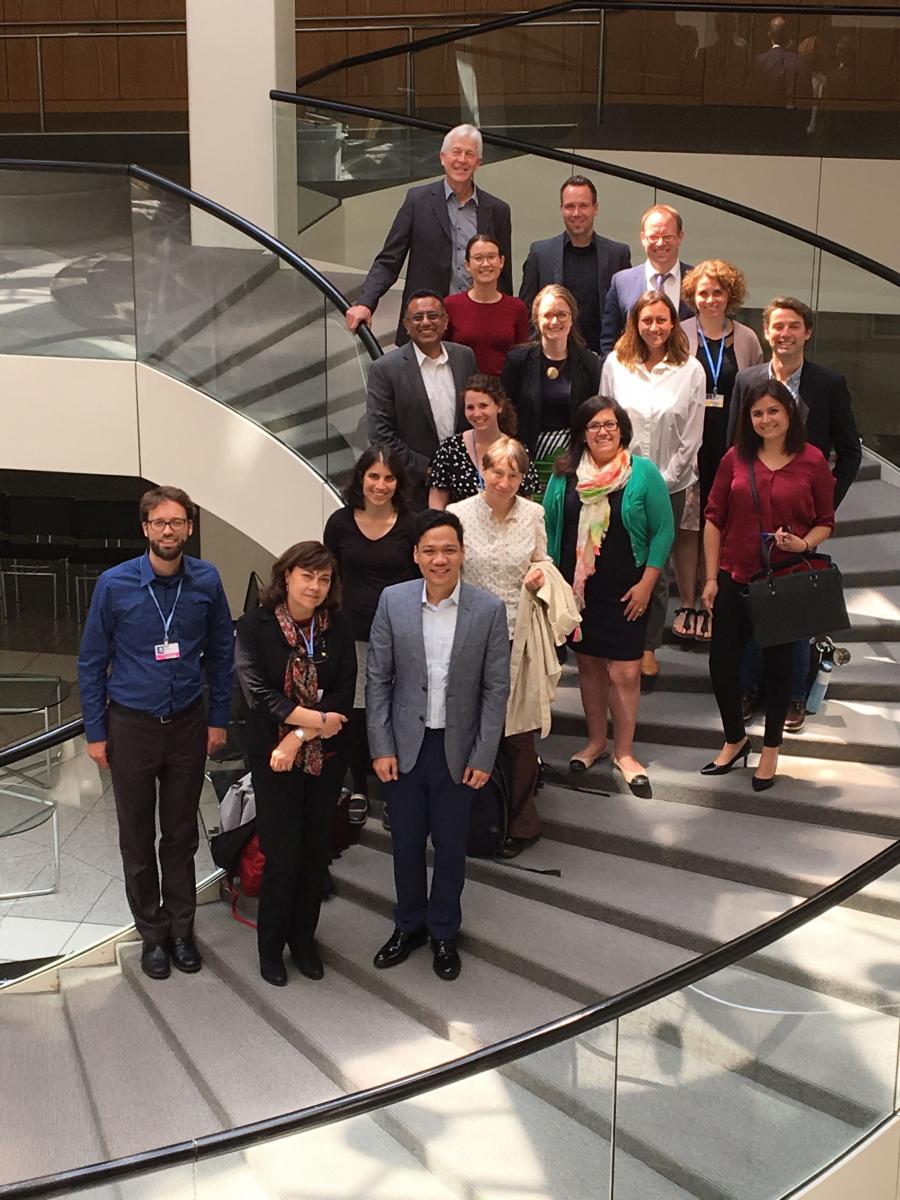 The Friends of Ecosystem-based Adaptation (FEBA) is a knowledge sharing and policy informing network supported by BMU IKI. More than 50 institutions interested and working in EbA are members of FEBA, which meets at least twice yearly on the margins of the UN Climate Conference.

Since 2008, the International Climate Initiative (IKI) of the German Federal Ministry for the Environment, Nature Conservation and Nuclear Safety (BMU) has been at the forefront of financing biodiversity and climate change projects in developing and newly industrialized countries, as well as countries in transition. IKI is a key element in Germany’s climate financing and the funding of commitments under the Conventions on Climate (UNFCCC) and Biodiversity (CBD). IKI has, as of end 2017, launched over 600 projects with a total volume of more than 2.7 billion euros, demonstrating Germany’s climate leadership in achieving, as put by BMU State Secretary Jochen Flasbarth, their climate “common responsibility”.

Over the last ten years, IKI has been a key partner for IUCN in advancing the application of Nature-based Solutions to climate change – including ecosystem-based approaches to adaptation, mitigation, and disaster risk reduction. IUCN initiatives such as world’s first flagship program in Ecosystem-based Adaptation, the Bonn Challenge harnessing the potential of forest and landscape restoration, and the project Ecosystems Protecting Infrastructure and Communities were possible because of IKI’s support.

As IKI and its partners celebrated the initiative’s tenth year at a conference in Bonn, Germany on May 5th, 2018, IKI recognized the important role that IUCN has played in highlighting, demonstrating, and promoting Nature-based Solutions to climate change over this period.

One such Nature-based Solution is Ecosystem-based Adaptation, an approach that uses biodiversity and ecosystems to help people adapt to climate change when applied as part of a larger adaptation strategy. IKI's Head Norbert Gorißen acknowledged at the anniversary event that the initiative's prioritization of adaptation relative to mitigation has increased since 2008, and reinforced the role that IKI has played in strengthening adaptation in the UN Climate Convention processes. For example, just one year after the climate conference in Copenhagen, IKI launched the flagship Global Mountain Ecosystem-based Adaptation Program, which was jointly implemented by IUCN, UNDP, and UN Environment. This program succeeded in informing the national policies of Nepal, Peru, and Uganda on the issue of climate change adaptation. Noting that IKI has invested more than 160 million euros across nearly 50 such projects in the past ten years, Gorißen confirmed that Ecosystem-based Adaptation is now a “common, well-known, and accepted” approach to climate change adaptation.

In his keynote address in the session on innovation, IUCN’s programme manager for Ecosystem-based Adaptation, Ali Raza Rizvi, highlighted that Ecosystem-based Adaptation is innovative because “unlike traditional adaptation measures, it specifically focuses on supporting the resilience of ecosystems, and yet it is still human-centric, because unlike traditional biodiversity conservation, the ultimate goal is human resilience”.

Presenting a regional perspective, Marta Perez de Madrid, of the IUCN Regional Office for Mexico, Central America, and the Caribbean, also shared that "with IKI's support IUCN has put Ecosystem-based Adaptation into practice in Mesoamerica, creating capacities for and trust in the approach, with the results of this being seen in EbA being mainstreamed within countries´ policies and nationally determined contributions (NDCs) in the region."

Another Nature-based Solution to climate change that IUCN champions is Forest and Landscape Restoration, for which IUCN is securing national commitments through The Bonn Challenge. During the opening session, when reflecting on the common challenges and responses that biodiversity loss and climate change entail, Secretary Flasbarth referred to the Bonn Challenge as “one of his favorite” implementation vehicles for simultaneously meeting multiple global societal challenges. In her address at the session on Forest and Landscape Restoration, IUCN Senior Forest Policy Officer María García Espinosa reflected on the crucial role of the Bonn Challenge being an engine for the global restoration movement. To date, the Bonn Challenge has secured over 160 million hectares pledged by 47 state, jurisdictional and non-state contributors. Yet the real opportunity relies on moving from political will to action on the ground, when acknowledging the untapped mitigation potential of natural and productive landscapes.

Human and ecosystem climate resilience are inextricably linked to biodiversity. During the tenth anniversary celebration, IKI reflected  on the successes and lessons they have learned in mainstreaming biodiversity considerations into the decision making of sectors that are driving biodiversity loss. Climate change remains one of the top five drivers of this loss.

As well, BMZ Director General of Global Issues – sector policies and programmes Ingrid-Gabriela Hoven sent a clear message at the celebration on the need to build the right regulatory frameworks and governance structures to get the private sector on board for financing climate change adaptation and mitigation actions.

One of IUCN's positive experiences working with IKI has been the initiative's willingness and ability to learn alongside its implementing partners for the past ten years. The results of this are apparent, for example participants at the celebration congratulated IKI on recently consolidating their regional, thematic approach into larger and longer investments. The initiative's move from 3-5 year project cycles to 8-10 year project cycles will be a step towards enhancing the impact of climate action.

Scaling Up Ecosystem-based Adaptation in Mountains

EbA through Mangrove Restoration and Sustainable Use in Thailand and Vietnam

Holistic Approach to Governance for EbA