The overall aim of Plastics and Coastal Communities (PlastiCoCo) project is the generation of knowledge on plastic pollution (source, distribution, accumulation points and impacts) and identification of mitigation actions along the African Indian Ocean coast. 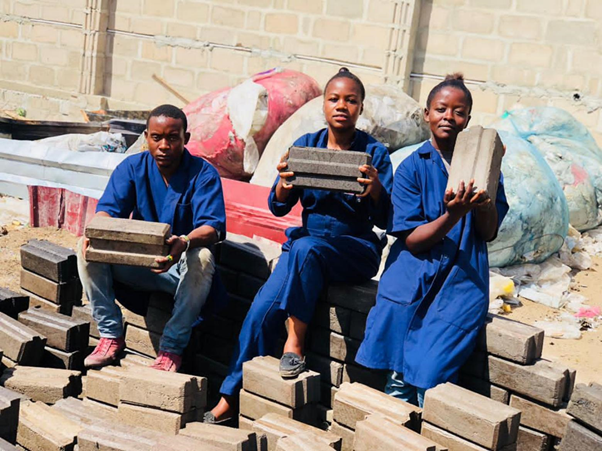 In March 2021, a validation workshop was held in person and virtually via Zoom. The workshop brought together over 40 relevant stakeholders from the Government, private sector, academia, research, NGOs, local enterprises and development partners to provide feedback and discussion on the results of IUCN’s Tanzania National Plastic Pollution Hotspotting and Shaping Action report and to share three case studies focused on Circular Economy in Tanzania – for the project Plastics and Coastal Communities (PlastiCoCo).

The overall aim of PlastiCoCo is the generation of knowledge on plastic pollution (source, distribution, accumulation points and impacts) and identification of mitigation actions along the African Indian Ocean coast. Though PlastiCoCo was focused solely on Tanzania, the assessment here is complementary to another IUCN plastic pollution project, Marine Plastics and Coastal Communities (MARPLASTICCs) which is funded by Sweden (Sida) and has generated assessments in Kenya, Tanzania, Mozambique, South Africa.

The objectives of the validation workshop where to share the National Plastic Pollution Hotspotting and Shaping Action Report for Tanzania, to present and discuss the report’s results, Interventions and Instruments for decision making, and to share best practice and lessons on a circular plastics economy from three Tanzania local enterprises.

Speaking at the launch, the Senior Environment Officer of National Environment Management Council (NEMC), Mr. Romanus Tairo on the behalf of the Director General of National Environment Management Council acknowledged the challenges of plastic pollution, including plastic leakage to Tanzania’s coastal and marine environment. He revealed that this is a challenge the government is working diligently to address and NEMC has developed the necessary policy and legal frameworks for the management of the environment including plastic pollution.

This presentation of research results demonstrates in detail the plastic pollution hotspotting data for polymers, sectors, applications, waste management and regional areas in Tanzania that were discovered from the use of the methodology presented in the UNEP/IUCN National Guidance for Plastic Pollution Hotspotting and Shaping Action. Instruments and interventions for action are also shared for consideration by decision makers to address plastic pollution.

Key take-aways from the research in Tanzania include:

As shown in Figure 1 below, the most critical polymers found in Tanzania were PET, polypropylene, high-density- and low-density polyethylene. Waste management across the entire country is the primary focus of interventions and methods for addressing the plastic leakage. 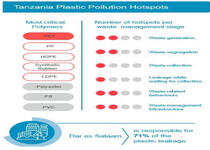 Interventions proposed for Tanzania include

Key outcomes of the validation workshop were: