Last week, IUCN and the University of Geneva launched a report on the status of environmental civic spaces. The report paints a bleak picture: nature conservation NGOs are faced with shrinking civic spaces, deteriorating conditions and attacks. 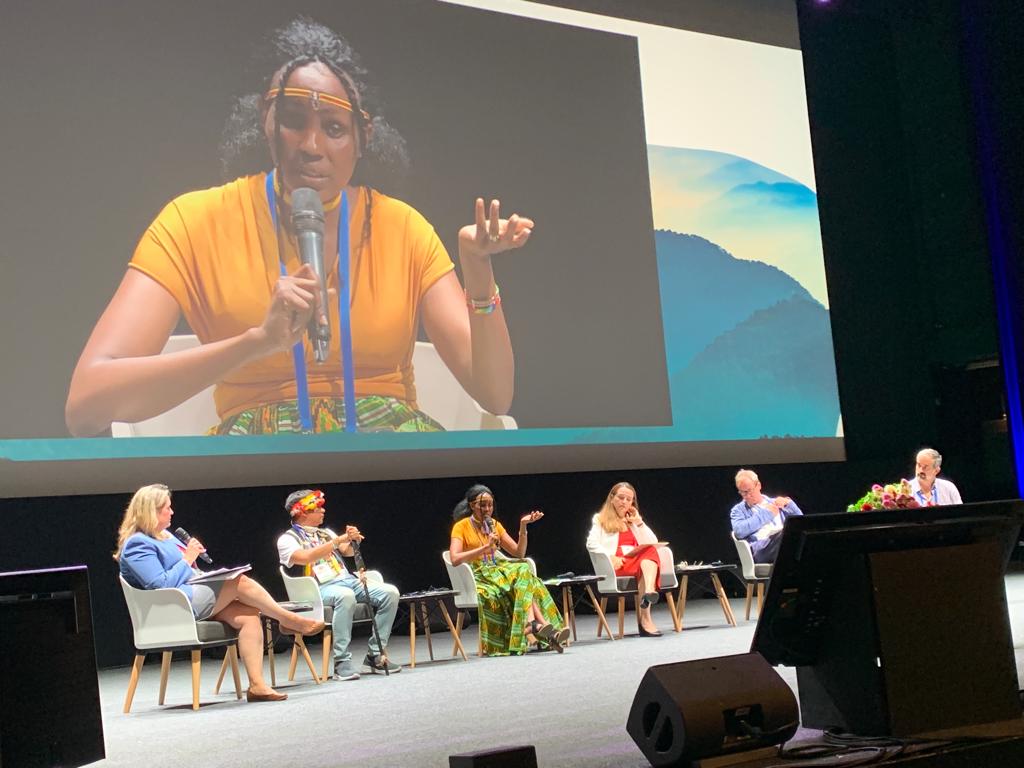 The report, Conservation NGOs at risk: The International Union for Conservation of Nature (IUCN) and shrinking environmental civic spaces is based on a worldwide survey and consultations with NGO members of IUCN.

Peter Bille Larsen, lecturer and researcher at the University of Geneva and member of IUCN CEESP, who published the report, says: ‘According to over a third of the NGO respondents, conservation has become less safe. We cannot halt biodiversity loss without securing enabling spaces for conservation organisations.’

Key findings of the report

Larsen elaborates on the key findings of the report: ‘Conservation, IUCN-style, under threat means that the very principles bringing us together as members, commissions and Secretariat are under threat,’ says Larsen. ‘The conservationists who seek to uphold and achieve what IUCN as a Union decides face immediate threats and attacks. These are serious violations of core elements of the Union’s mission and vision on gender, human rights and effective conservation,’ Larsen continues.

Liliana Jauregui, senior expert environmental justice at IUCN NL, shared her insights and experiences with shrinking environmental civic space at the launch event of the report. ‘We have seen many cases where our partner organisations on the ground are faced with intimidation and violence. This has created an atmosphere of fear and self-censorship.’ Some CSOs are unable to receive funding due to legal restrictions and employees of local partner organizations are intimidated or wrongly prosecuted. Jauregui adds: ‘Marginalised groups, especially women, are often more strongly affected by shrinking civic spaces.’

One of IUCN NL’s partner organisations that is experiencing threats to civic space first-hand is AFIEGO. Diana Nabiruma, senior communications officer at the organisation, says: ‘We worked on pushing for a recommendation to avoid extractive activities in protected areas, made at the 2016 IUCN Congress, to be implemented in Uganda.’ To do so, AFIEGO sent a letter to IUCN on the issue. ‘We placed more pressure on the government afterwards, which eventually resulted in seven arrests of AFIEGO staff members.’

Most countries with high biodiversity and large tropical forest areas have either a repressed or narrow civic space. ‘This is why we included the safeguarding of civic space and environmental and human rights defenders as a key objective in our programme Forests for a Just Future,’ says Jauregui. ‘Among other measures, we took up flexible emergency and contingency funds in order to respond quickly to threats to civic space.’

IUCN NL has supported multiple initiatives and consultations about the issue of shrinking civic space within the sphere of IUCN. ‘We hosted Peter Larsen and several partners in our Pavilion at the IUCN Congress to discuss the issue and will remain involved in the next steps following this report,’ says Jauregui. We also invited experts from our partner organisations who have experienced violence and threats first-hand to discuss the issue during a session about Environmental and Human Rights Defenders.

Calling for urgent action from IUCN

‘The research clearly shows that shrinking civic spaces are a common experience of large parts of the IUCN membership, calling for a response, especially to less visible forms of threats, violence and shrinking spaces’ says Larsen. Members call for urgent attention from the Union to facilitate their work on the ground – and not having to put their lives and organizations in danger when doing this.’

Jauregui adds: ‘AS IUCN NL, we continue to secure enabling spaces for our partners to operate safely in our projects like Forests for a Just Future and Amazon Rights in Focus. We also call for support and solidarity within the IUCN membership.’

Forests for a Just Future