The importance of partnerships between the public and private sectors to support forest conservation and restoration was recognized earlier this year, at the World Economic Forum in Davos. Heads of state and multinational leaders repeatedly highlighted the importance of multi-stakeholder collaboration to address pressing global sustainability challenges. 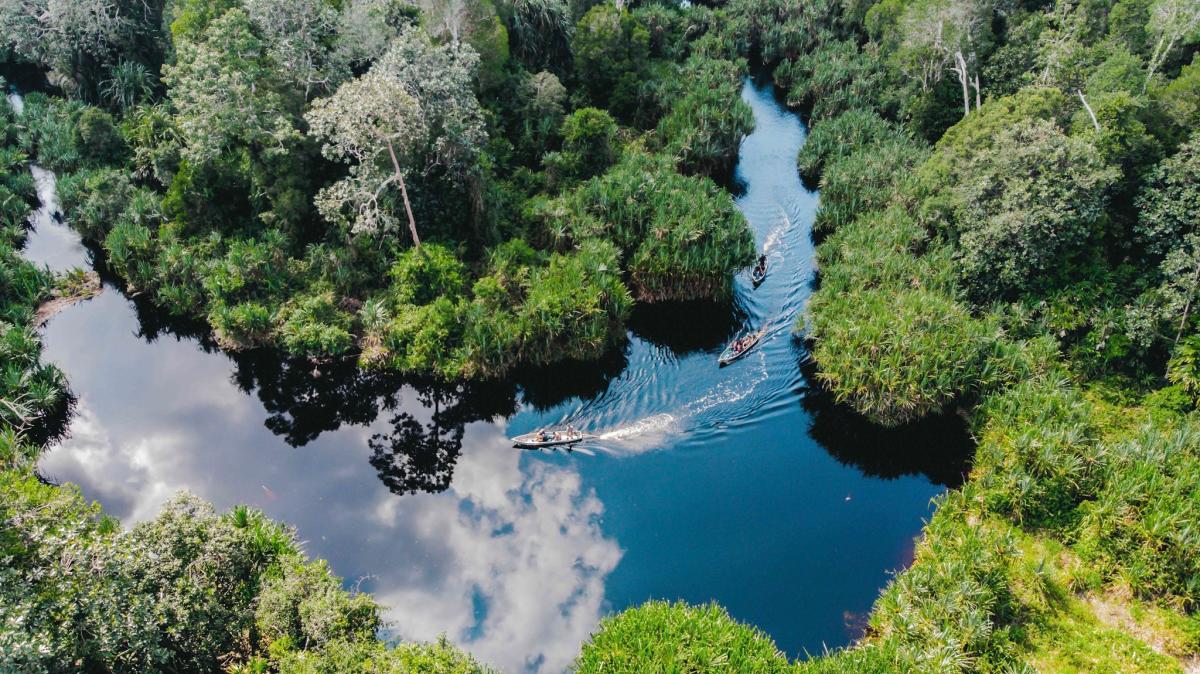 Restorasi Ekosistem Riau implements Production-Protection Landscape Approach that not only ensures the program’s sustainability but also protects it from anthropogenic disturbances. (Photo by Caine Delacy)

The priority now is to put these words and commitments into action. An example of how the private sector and state bodies can work together to address long term issues relating to the protection of forests is Restorasi Ekosistem Riau (RER), an ecosystem restoration program in Sumatra, Indonesia.

In 2013 by APRIL Group, a leading producer of fibre, pulp and paper, located on Sumatra’s eastern coastline committed to restoring 150,693 hectares of peat-swamp forest situated across two locations. An area of 130,095 hectares is located at the heart of a contiguous 344,573-hectare forest block on the Kampar Peninsula, Riau province, while another 20,598 hectares are located on Padang Island, just north of the peninsula.

Supported by ecosystem restoration licenses issued by the Indonesian government for a 60-year period, the RER restoration program focuses on the protection and restoration of an area about the size of London. The area experienced decades of degradation through commercial and illegal logging and slash and burn land clearing, resulting in altered forest structure and function.

Furthermore, drainage canals excavated by loggers and local villagers to drain the water-rich peatland and to allow boat access and to transport timber, severely impacted the hydrology of the area, causing rapid peat drying, subsidence and increasing fire risk.

The restoration program began with 20,123 hectares of peat swamp forest on the Kampar Peninsula. At COP 21 in Paris in 2015, APRIL announced the program’s expansion to 150,000 hectares and dedicated US$100 million over 10 years to support long-term conservation and restoration.

Photo: Prayitno Goenarto (A) and RER (B)

RER’s restoration approach has included the planting of thousands of native seedlings in degraded forest areas and the blocking of old drainage canals to restore forest hydrology.  RER has also been collecting baseline information about local plant and animal communities to gauge and monitor future restoration success.

Surveys have revealed the presence of 76 species of mammals, including five of Sumatra’s six cat species, amongst which are the critically endangered Sumatran Tiger and the rarely detected and endangered Flat-headed cat; 307 bird species; 106 species of herpetofauna; 89 fish species; 28 species of Odonata; and 190 species of woody plants.

Of the 797 plant and animal species, 57 are on the IUCN Red list as being vulnerable (36), endangered (13) or critically endangered (8). There are also 114 species on the CITES list (Convention on International Trade in Endangered Species of Wild Fauna and Flora) and 106 species noted by the Government of Indonesia as being of conservation concern. 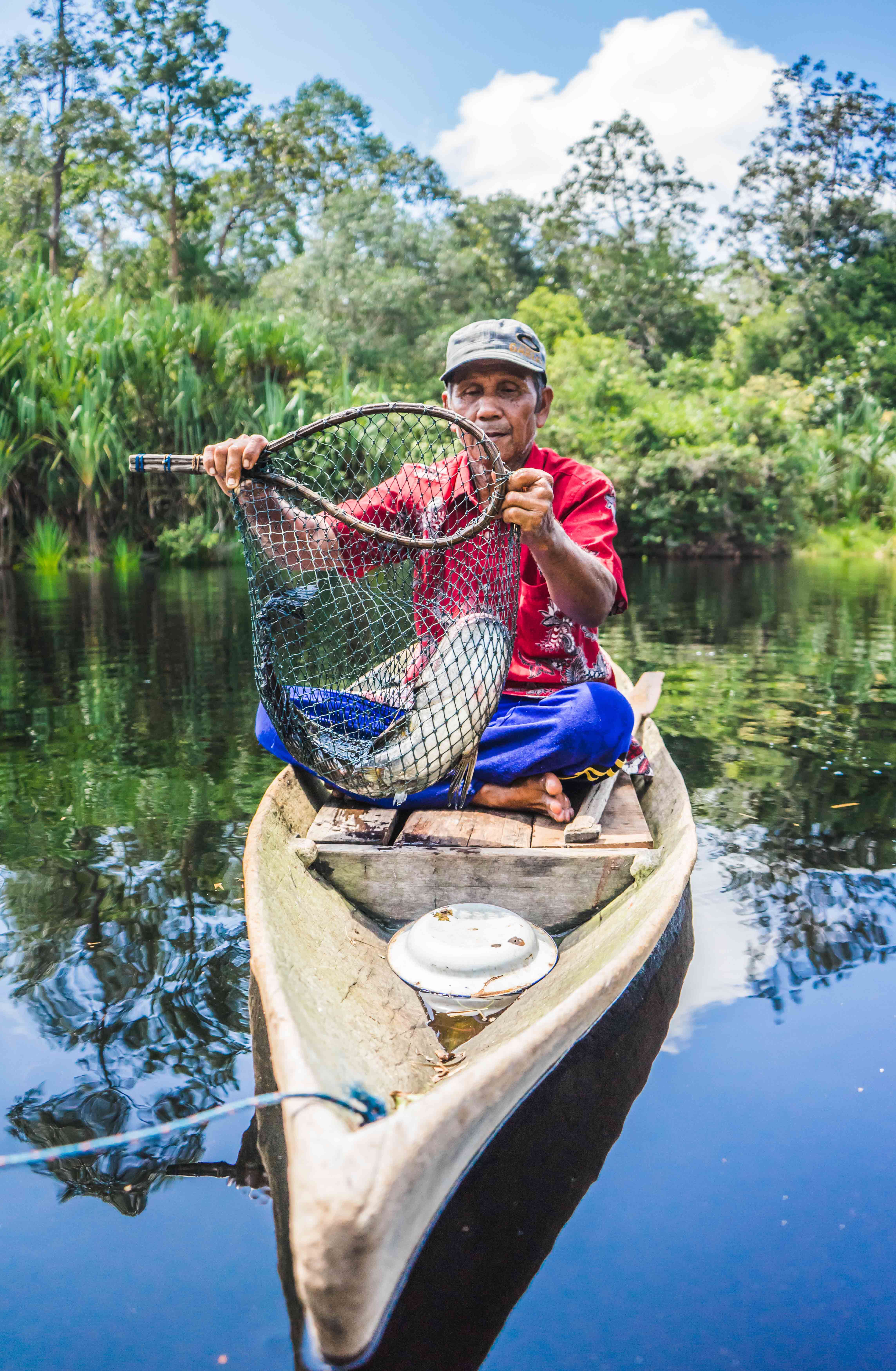 Photo: RER
At the same time, there are also over 40,000 people living around the RER concessions, many of whom rely on non-timber forest products from the area to supplement their income, including fishing from the blackwater rivers, and gathering honey produced from local bees. RER teams have worked closely with these communities to develop farming and fishing methods to be more ecologically sustainable, helping to improve yields and generate additional income for families. The RER programme has also provided employment for people from local villages in the form of restoration planting, canal blocking and forest protection activities.

A critical element of the program is an integrated production-protection landscape model. The protection element of this model involves acacia fiber plantations on the perimeter of the forest restoration area that not only provide a physical barrier against encroachment, but also yield the revenues needed to fund ecosystem restoration and protection.

Years of experience have shown that this is a reliable, consistent and effective model for restoration in Indonesia given the extent of the financial and technical resources required for long-term forest restoration and landscape management.