Oceans: immense ecosystem, absorbers of carbon, repositories of species, cornucopias of food... Oceans represent 99% of the living space on the planet and contain 97% of the Earth’s water.

Scientists have identified about 200,000 species in the Oceans, but the actual numbers may lie in the millions.  These vast diverse seascapes also provide key natural resources including food, medicines, biofuels, and other natural products to more than 3 billion people on the planet. It is no wonder Dr. Sylvia Earl teasingly asked, “why do we call it Earth?” 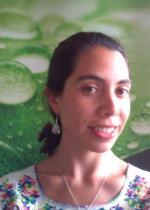 Photo: Ameyali Ramos
For many communities around the world, oceans sustain their societies and worldviews. “We are the Ocean” is a notion shared by many coastal and maritime communities around the world. For the Indigenous Seri communities in Mexico, for example, fish mean more than food. Fish, and the oceans they come from, play a role in ceremonial traditions, kinship, and in embodying their symbolic ties to the environment.

In the Autumn 2017 CEESP Newsletter, we explore all these facets of Oceans. We look at the vast potential oceans have to unlock wellbeing and livelihoods, but we also address the impact human activity has had and continues to have on Oceans, and the important role communities play as stewards of the Oceans.  We learn about success stories for community based ocean conservation in India, Uruguay and the Caribbean.  We examine alternative approaches to marine and coast conservations and make a case for integrating cultural values of Oceans. We also delve into innovative partnerships, livelihood benefits, and rights.

While many people never venture far beyond the coasts, the Autumn 2017 CEESP Newsletter aims to invite readers to venture deep into the Oceans to understand why Oceans are such an integral part of our cultures, health, and economies, and how we can work to better understand, protect, conserve, and respect them.