Raising and integrating the cultural values of the Ocean

The Pacific Ocean is a living, breathing cultural space which provides meaning to communities living in its islands. Culture is not separate from marine resource management; communities draw on it every day to manage their resources and yet this important factor is barely integrated in international, regional and national policy on the Ocean, in spite of references to it. This article summarises efforts to seek to address this gap. 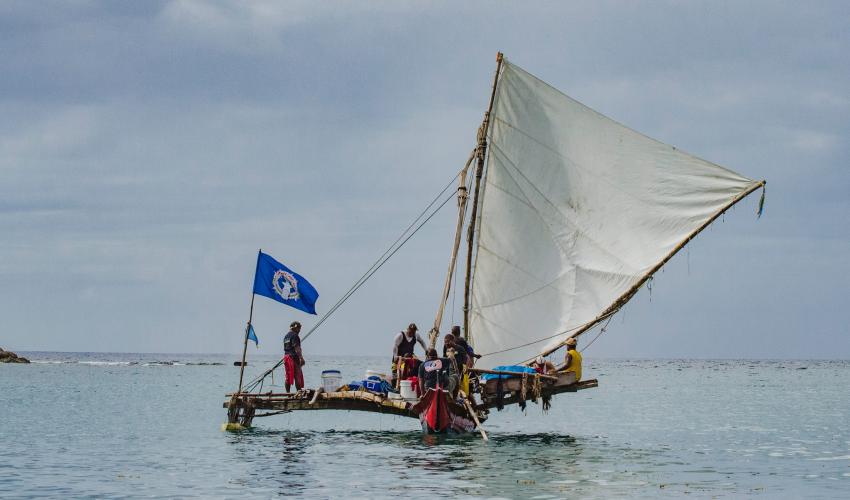 The Pacific Ocean is a living, moving and sacred entity. As the Ocean Declaration of Maupiti, endorsed by the 15 country representatives present at the UNESCO Pacific World Heritage meeting in November 2009 states, “for many Pacific communities there are sacred and intrinsic links with land, sky and ocean… [which]constitute… a fundamental and spiritual basis of existence… The Ocean is their identity, way of living, values, knowledge and practices that have sustained them for millennia” [i].

The importance of raising and integrating the cultural values of the Ocean is beginning to gain recognition. Although the UN Sustainable Development Goal 14, to “conserve and sustainably use the oceans, seas and marine resources for sustainable development” says nothing about the cultural dimensions of the Ocean, the UN General Assembly Resolution 71/312 of July 2017 (Our Ocean, our future: a call to action) following the UN Conference on the Ocean, calls for “develop[ing] comprehensive strategies to raise awareness of the natural and cultural significance of the ocean”[ii] (para 13d) and recognises the importance of traditional knowledge systems in understanding the “health and the role of our ocean” (para 10).

Part of the difficulty for policy makers in understanding and drawing on the heritage and cultural significance of the Ocean for improved conservation and resources management is the lack of easily accessible and policy relevant documentation on the ocean as a cultural entity[iii]. This is patent when compared to the extensive and available policy-focused research and evidence in areas such as fisheries or ocean acidification. As a result, Pacific decision makers struggle to build a case for special treatment of the Ocean based on their peoples’ long standing and close affinity and relationship with it. The richness, endurance and timelessness of this relationship is lost to policy.

A small step to begin to address this gap has been the development of a short brief on the Cultural Dimensions of the Ocean in Sustainable Development in the Pacific put together by Dr Anita Smith, a Pacific heritage specialist based in Australia at La Trobe University, and shared with the Office of the Pacific Ocean Commissioner. The brief provides policy pathways and suggestions for ‘how to’ integrate the cultural dimensions and provides concrete examples of documented cultural linkages. Some of these are the World Heritage sites with transnational (and therefore trans-Ocean) dimensions such as Taputapuatea Marae in Raiatea, whose cultural values are shared across all of East Polynesia, Papahānaumokuākea (the first World Heritage cultural seascape) which links Hawai’ians with Tahiti and the Marquesas, and the Yapese Stone Money nomination which links Yap in the Federated States of Micronesia and Palau.

Another illustration of ocean culture are the voyaging traditions that have been revived over the past few decades using traditional sea routes to re-connect people and islands, and bringing to the fore ancient navigational skills and knowledge of the relationship between humans, marine creatures and the sea as a living, ‘talking’ and moving body. The more extensively documented aspect of cultural interaction with the ocean are the traditional knowledge practices of communities which are increasingly acknowledged as essential for near shore marine management, are also covered in the brief.

The brief has also been useful in assisting with the preparation of a separate and more detailed paper on traditional knowledge and marine biodiversity beyond areas of national jurisdiction (BBNJ) prepared through the OPOC for the Pacific SIDS delegation for their participation the Preparatory Committee (PrepCom) on BBNJ.

Moving forward with the intent to continue to “raise awareness of the cultural significance of the ocean” in the Pacific region requires that the deeper cultural interaction between people and the ocean environment which are contained in genealogies, stories, place names, cultural expressions, philosophical and ethical systems are brought to the fore and understood as valid knowledge for natural resource management alongside fisheries science or marine technology. This will mean bringing together cultural experts, Pacific academics, scholars and researchers and policy makers to develop a practical approach to documentation that respects traditional knowledge custodianship while enabling policy to benefit Pacific Ocean communities and ocean sustainability.

[i] The declaration can be accessed here - http://icom.org.au/userfiles/file/News/2009-11%20Maupiti%20Ocean%20Declaration-Final.pdf

[iii] There is a large body of published documentation, across a range of disciplines (history, anthropology, archaeology, linguistics, environmental science etc.) attesting to the Indigenous customary cultural values of the Pacific Ocean but this has not been condensed and translated into usable data for natural resource management purposes. 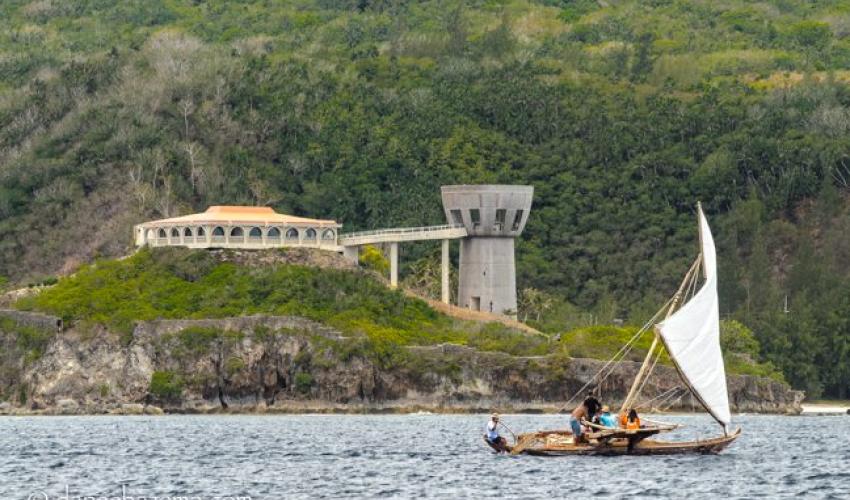