Commitments to conserve peatlands in the Congo basin were announced on Friday, 23 March 2018 as the Republic of Congo, Democratic Republic of Congo and Indonesia signed the Brazzaville Declaration at the third meeting of the Global Peatland Initiative, involving IUCN, International Union for Conservation of Nature, UN Environment and partners. 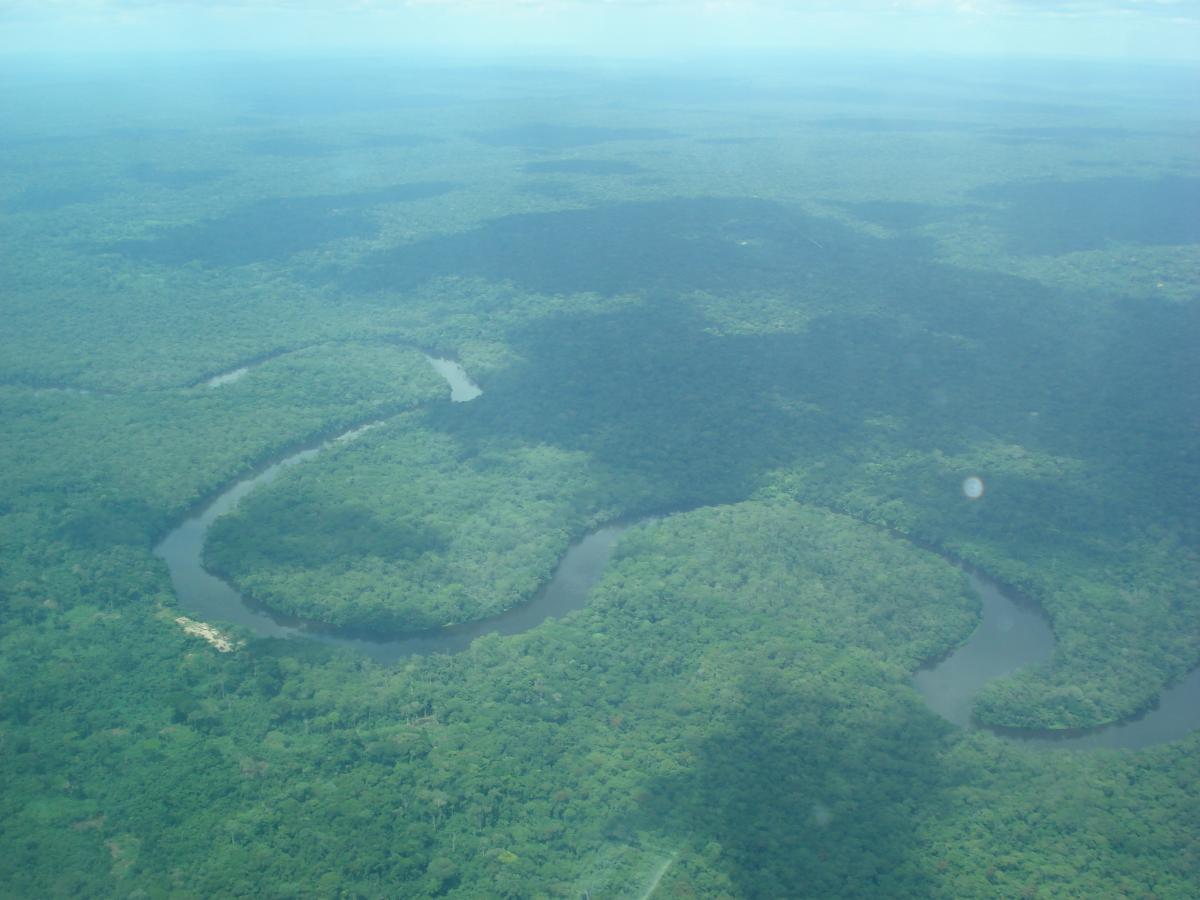 Lukenie River of central Democratic Republic of the Congo

The Brazzaville Declaration promotes better management and conservation of the peatlands, which represent one of the biggest carbon stores on the planet, for climate mitigation and other benefits.

“The vast peatlands of the Congo Basin are still largely undamaged and losing even a small part of this carbon and biodiversity-rich resource would be catastrophic. The Brazzaville Declaration is a historic moment for peatlands. The declaration contains high-level political commitments from Ministers from the Republic of Congo, the Democratic Republic of Congo and Indonesia to peatland protection, restoration and sustainable management,” says Jonathan Hughes, IUCN Global Councillor and Chair of the IUCN UK Peatland Programme. “We know from countries like the United Kingdom, and more recently from Indonesia, that the draining and burning of peatlands has massive environmental, social and economic costs. The Cuvette Centrale peatlands of the Congo are globally important asset in the fight against climate change, biodiversity loss and social instability. It is essential this asset does not become an expensive liability through repeating the mistakes made in the UK, Indonesia and many other peatland nations of the world.”

The Cuvette Centrale peatland complex extends across The Republic of Congo and the Democratic Republic of Congo. It is estimated to hold about 30 billion tonnes of carbon and cover over 145,500 square kilometres. These relatively undisturbed peatland forests, which have been inhabited for more than 50,000 years, are home to unique species of plants and animals.

Peatlands are the largest natural terrestrial carbon store, containing more carbon than any other vegetation type, including the world’s forests. Peatlands provide safe drinking water, minimise the risk of flood and drought, and are critical for preserving global biodiversity. However, a lack of awareness about the value of peatlands has led to their drainage and conversion to other uses. Damaged peatlands currently contribute almost 6% of global anthropogenic CO2 emissions. In the UK alone, damaged peatlands release almost 3.7 million tonnes of CO2  equivalent each year.

The meeting of the Global Peatland Initiative (GPI) took place 21–23 March 2018 in Brazzaville, Republic of Congo. The meeting showcased progress and ongoing work relating to the management of peatlands in the UK, which can be applied to work in the Congo basin.

The GPI is a partnership of experts and international institutions, and aims to improve the conservation, restoration and sustainable management of global peatlands. IUCN is a formal partner and steering committee member of the partnership.