To help address the interlinked climate and biodiversity crises, SwissBiz4Nature, a multi-stakeholder initiative composed of Swiss-based businesses and organisations, plans to implement 100 Nature-based Solutions (NbS) before the end of the decade. 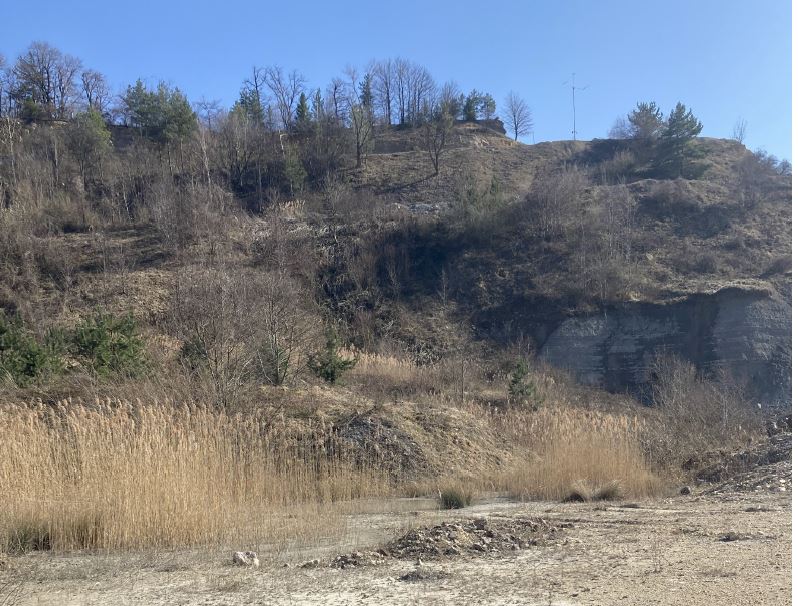 The first SwissBiz4Nature business that has pledged to scale the NbS approach -- to protect, manage and restore nature -- in their operations is Holcim (Schweiz) AG, which hosted a visit to one of its quarry sites yesterday.

Founded in late 2020 by the International Union for Conservation of Nature (IUCN), engageability and IN-FINITUDE AG, SwissBiz4Nature is committed, by 2030, to demonstrate tangible, scientific-based and measurable NbS actions in Switzerland, which can be replicated around the world.  The companies will use the IUCN Global Standard for NbS™ to design and benchmark their progress.

The loss of biodiversity and the resulting socio-economic effects can no longer be ignored, according to SwissBiz4Nature.  Rapid and consistent measures must be put in place to preserve natural capital, which is vital to the sustainability of the planet.

The World Economic Forum says that over half of the world’s Gross Domestic Product (GDP), US$ 44 trillion of economic value, is at moderate or severe risk due to nature loss.

The IUCN Red List of Threatened Species™ now lists more than 40,000 species as threatened with extinction, while Intergovernmental Science-Policy Platform on Biodiversity and Ecosystem Services has found that out of 8 million species identified globally, 1 million species of plants and animals are at risk of extinction.

Whether it is to reduce risks from natural disasters or enhance food security, NbS actions recognise that nature can play a significant role to address societal challenges that result in benefits for people and biodiversity.

Working with ecosystems, rather than relying solely on conventional engineered solutions, can help businesses and communities mitigate and adapt to climate change, which is a growing threat to biodiversity.  Research suggests NbS could provide around 30% of the cost-effective mitigation needed by 2030 to stabilise global warming below 2°C.

Aware of the challenge to integrate biodiversity into their operations, several companies have joined SwissBiz4Nature to collaborate and learn from their peers. These partners have a shared ambition to improve their company’s performance in regards to nature by adopting NbS, and contributing to national and global goals to enhance biodiversity.

Earlier this month, the United Nations Environment Assembly adopted a universal definition of NbS, which aligns with the IUCN definition.  It states NbS are "actions to protect, conserve, restore, sustainably use and manage natural or modified terrestrial, freshwater, coastal and marine ecosystems, which address social, economic and environmental challenges effectively and adaptively, while simultaneously providing human well-being, ecosystem services and resilience and biodiversity benefits."

The IUCN Global Standard for NbS™ provides a set of benchmarks and guidance to facilitate the design, verification and scaling up of NbS actions and ensures such actions deliver co-benefits for nature and people.  It provides a common framework for business, government and communities to assess the effectiveness of NbS interventions and reduces the chance of unanticipated negative outcomes or misuse of NbS.

IUCN is a membership Union composed of both government and civil society organisations. It harnesses the experience, resources and reach of its more than 1,400 Member organisations and the input of more than 18,000 experts in 160-plus countries. This diversity and vast expertise makes IUCN the global authority on the status of the natural world and the measures needed to safeguard it.

Based in Zurich, engageability  and IN-FINITUDE AG are two companies specialised and experienced in the communication and management of sustainable development projects.

Holcim (Schweiz) AG is one of Switzerland's leading manufacturers of building materials and a subsidiary of the globally active Holcim Ltd. Its core business includes the production of concrete, gravel and cement as well as related services. The company employs around 1,200 people at 55 locations and has three cement plants, 16 gravel plants and 36 concrete plants. This local anchoring makes it possible to respond quickly, flexibly and individually to different needs and to develop tailored solutions for the building construction, civil engineering and infrastructure sectors.