No Net Loss: Ensuring the best possible outcomes for people and biodiversity

A guest blog by Julia PG Jones, professor of conservation science from Bangor University and a member of IUCN’s Sustainable Use and Livelihoods Specialist Group, who was recently involved in the development of a set of good practice principles on No Net Loss to ensure positive social outcomes for people and biodiversity. 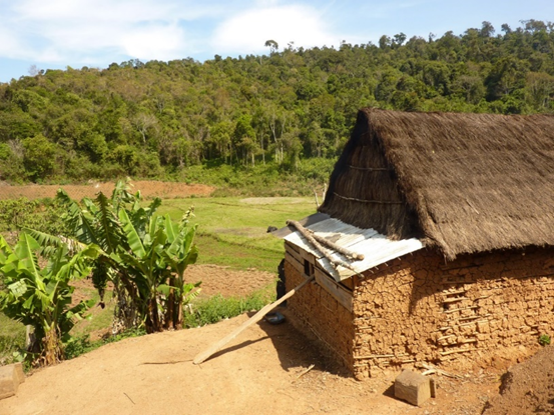 At the IUCN World Conservation Congress in 2016, Members formally adopted a global policy on biodiversity offsets. This policy, the result of four years’ work by many IUCN Members, presents authoritative guidance to help conservation organizations, governments and companies balance the risks and opportunities which biodiversity offsets present. Biodiversity offsets are used as the final stage of the mitigation hierarchy in efforts for development projects to achieve No Net Loss (NNL) or even a Net Gain in biodiversity. Since the launch of the policy, offsets have become increasingly widely used as a conservation tool.

If actions designed to deliver NNL in biodiversity explicitly accounted for local values of biodiversity, the risk of negative social impacts could be avoided or reduced, and any opportunities to improve the benefits people enjoy from biodiversity could be capitalized on. Such efforts by developers could also help improve their relationships with stakeholders and underpin their social licence to operate.

A recent report, Ensuring No Net Loss for People as well as Biodiversity: Good Practice Principles, provides useful guidance to help ensure that people are left ‘no worse off’, and preferably better off, from the implementation of biodiversity NNL (or Net Gain) on development projects. The principles presented are based on extensive consultation with stakeholders, including with IUCN Members.

As Stephen Edwards from IUCN’s Business and Biodiversity Programme, who wrote the foreword of the report, says: “The IUCN global policy on offsets acknowledges the need for No Net Loss approaches to consider people’s use or cultural values of biodiversity. However, at the time, we did not have full guidance on how best to ensure that people are appropriately engaged in and impacted by conservation actions initiated as part of a No Net Loss strategy. We are therefore delighted to support the launch of the principles, which provide explicit standards to work towards ensuring the best possible outcomes for people and biodiversity. We hope to see wide uptake”.

Efforts to achieve NNL in biodiversity, while positive, can have unforeseen consequences for people’s wellbeing. In many companies, the social and environmental divisions are separate, which means that the social and environmental impacts of developments tend to be considered separately, and these wellbeing impacts of biodiversity NNL are missed. These new guiding principles are a bridge to help cross this divide.

Momentum is gathering in efforts to translate the social principles into practice. For example, a group of UK-based industry bodies, consultants and academics have met to discuss how they could be adapted for the UK context (the UK government is currently consulting on mandating biodiversity Net Gain in planning policy).  In February, the Ugandan government hosted a workshop to launch the development of a national biodiversity offset strategy, where the social principles were widely discussed.

“The Ugandan government are preparing a national biodiversity and social offset strategy,” says Beatrice Kyasiimire of Wildlife Conservation Society (WCS) Uganda. “The recently produced social principles are very helpful in pointing to a way forward to ensure any potential harmful impacts on people are first avoided and then mitigated, and all potential benefits are realised. This is important as many rural people depend on ecosystem services for their livelihoods.”

Development projects continue to be a significant driver of the global decline in biodiversity. However, in an increasing number of situations, such developments are committing to achieve NNL in biodiversity (voluntarily, or driven by national policies or lender requirements).

Given the importance of biodiversity and related ecosystem services to human wellbeing, efforts made to consider people when designing and implementing these conservation policies are a positive step forward.  Governments and business can now benefit from the social good practice principles, alongside the IUCN biodiversity offset policy, to deliver the best possible outcomes for both people and biodiversity.

About the author: Julia Jones is professor of Conservation Science at Bangor University in the United Kingdom. Her research focuses on robust methods for evaluating the effectiveness of conservation interventions and exploring how conservation impacts the wellbeing of local people. Most of her research is in Madagascar, where she has worked with Malagasy colleagues for nearly 20 years on issues surrounding conservation and development.

Note: The IUCN Sustainable Use and Livelihoods Specialist Group (SULI) is part of the IUCN Commission on Environmental, Economic and Social Policy (CEESP), a unique network of approximately 1,500 volunteers representing disciplines from biology and anthropology, economics and law, to culture and indigenous peoples - among many others.