This opinion editorial, published in The Daily Star on 3 March to coincide with World Wildlife Day 2017, is written by Haseeb Md Irfanullah, Programme Coordinator, IUCN Bangladesh. It highlights why The IUCN Red List for Threatened Species™ is crucial for wildlife conservation in Bangladesh. 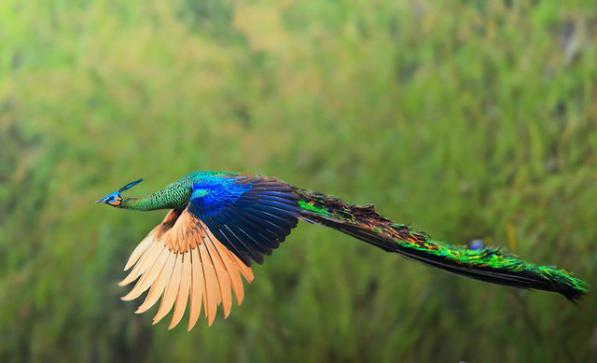 Green Peafowl (Shobuj Moyur) is a former resident of Bangladesh. No sighting of it has been reported since 1930. Conversion of its habitat and hunting were the two main reasons for the decline of its population to zero. 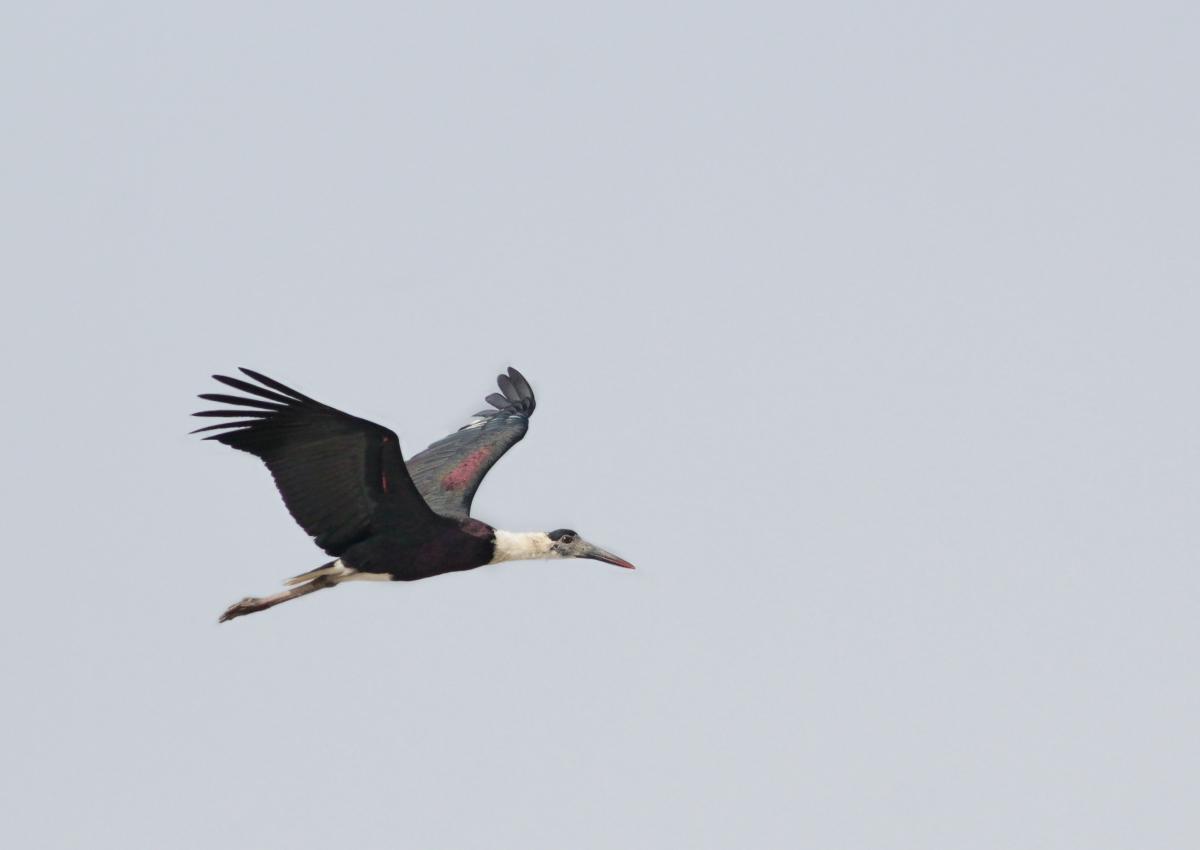 The woolly-necked black stork is listed as Vulnerable on The IUCN Red List of Threatened Species™ because it is suspected to be undergoing a rapid population decline owing mainly to habitat loss and persecution.

The IUCN Red List turns 53 this year. Officially known as The IUCN Red List of Threatened Species™, it is basically a scientific tool that helps to check, if a species - plant or animal, big or small, fast or slow - is at risk of becoming extinct from the face of the earth, forever.

The IUCN Red List puts available information on a species through several criteria. These criteria ask some questions, from the speed of decline of the species in recent times, how widely it is distributed, how many mature individuals are still left, to the chance of them vanishing over the next, say 100 years. Once the assessment is done by relevant experts for a species, the result is reviewed by other experts. This validation process is a vital step of The IUCN Red List preparation.

Then the species is put into one of Red List categories - from Least Concern to Extinct - on the basis of risk of extinction. Of these categories, Critically Endangered, Endangered and Vulnerable, are collectively called threatened categories. If a species is in any of these categories and nothing is done to reduce the threats it is facing, the species may climb up the extinction risk ladder. We may lose it from its host country or region (Regionally Extinct) or even from the world altogether (Extinct).

Over the past five decades, as our knowledge about the natural world increased, the assessment process has become more rigorous. Initially, the Red List aimed at assessing global status of a species. IUCN Global Species Programme, IUCN Species Survival Commission, IUCN Red List Unit, and their partner networks still lead this global venture. They have so far assessed about 83,000 species, mostly animals; about 30 percent of them are threatened with extinction. The IUCN Red List initiative targets to assess 160,000 species by 2020 - a huge target, but crucial for the conservation of the world's biodiversity.

Over the last couple of decades, the IUCN Red List Criteria have been adopted for regional and national Red List assessments. IUCN Bangladesh first prepared the Red List of threatened animals back in 2000. A year later, the Bangladesh National Herbarium published the first volume of vascular plant (flowering plants and ferns) Red List of Bangladesh. In 2013, it published the second volume, containing 120 plant species. Till then, the institutions had struggled to fully meet the rigour of The IUCN Red List assessment process.

During 2014-2016, IUCN Bangladesh and Bangladesh Forest Department worked together and updated the animal Red List of Bangladesh. It was indeed an unprecedented attempt. 160 biologists were trained to evaluate 1619 species belonging to seven animal groups, ranging from mammals to butterflies. This countrywide exercise has identified 390 species or 24 percent of assessed species as threatened.

Alarmingly, the latest Red List of Bangladesh (2015) also listed another 31 species as Regionally Extinct, a figure which in 2000 was just 13. On a positive note, this initiative helped to record 14 animal species, including six mammals, for the first time from Bangladesh, thus enriching our national species list.

With its strong scientific basis, The IUCN Red List is not only an academic exercise but a very useful tool for worldwide conservation efforts. At the global level, the Red List is a powerful instrument to assess the health of the world's biodiversity and to take conservation actions. That is why the Red List has been a key element in the global conservation processes, like those of the Convention on Biological Diversity (CBD), The Ramsar Convention on Wetlands, and the Convention on Migratory Species (CMS). The Red List also helps us to measure our journey towards crucial global targets, like the Aichi Biodiversity Targets 2020 and, of course, the Sustainable Development Goals (SDGs) 2030.

At the national level, the importance of The IUCN Red List is no less. Let us take Bangladesh as an example. Major national policy instruments, like the National Biodiversity Strategy and Action Plan (2016-2021) and its forerunner (2004); the National Sustainable Development Strategy (2013); the 7th Five Year Plan (2015); and the Bangladesh Environment, Forestry and Climate Change Country Investment Plan (draft 2016), have used The IUCN Red List to assess our biodiversity and also to revert the dire situation by strengthening conservation efforts. The Red List has also been guiding our conservation interventions, both at the government and non-government levels, over the last couple of decades. While conducting Environmental Impact Assessments (EIAs) of proposed development activities, like setting up new industries or laying out new highways, The IUCN Red List is widely consulted.

The publishing of Red List of Bangladesh (2015) has created an exciting conservation momentum. To fully harness this, we need to do three things, urgently.

The Red List of Bangladesh indicates that we do not have enough data to assess the extinction risk of 278 animal species, which is 17 percent of 1619 species. We, therefore, need to improve our knowledge on these Data Deficient species by investing in urgent exploration.

We also need to focus on completing the Red List of threatened plants of Bangladesh. Since Bangladesh has about 4,000 vascular plants, it is a huge task. The progress of preparing plant Red List has so far been very slow, thus needs a big push. The Bangladesh National Herbarium needs to lead the way with IUCN, Bangladesh Forest Department, universities and other research organisations, capitalising on the recent experience of the animal Red List of Bangladesh.

As IUCN looks forward to celebrating its 70 years next year, its Red List is more relevant than ever. The IUCN Red List offers a fantastic example how scientific knowledge can help practitioners and policy-makers alike and can lead the way to halt biodiversity loss.