IUCN Bangladesh with the support of Bangladesh Forest Department established the country’s first-ever Vulture Rescue Centre in November 2016. The centre has successfully rescued and rehabilitated eight Himalayan Griffons and released the vultures back to the wild on 6 March 2017. 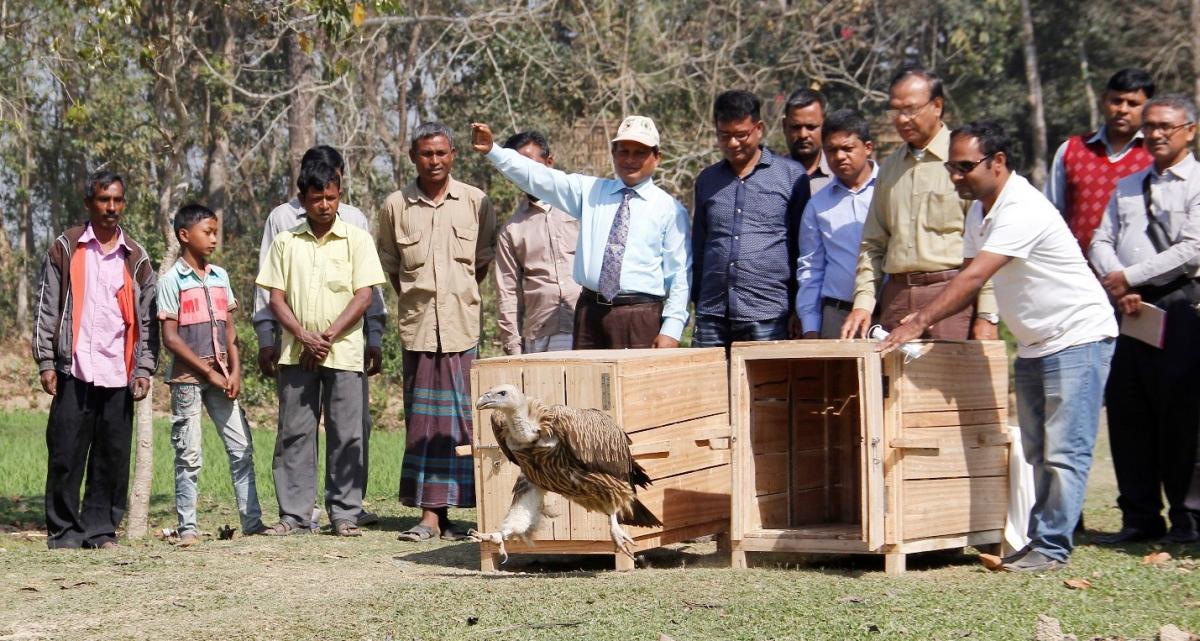 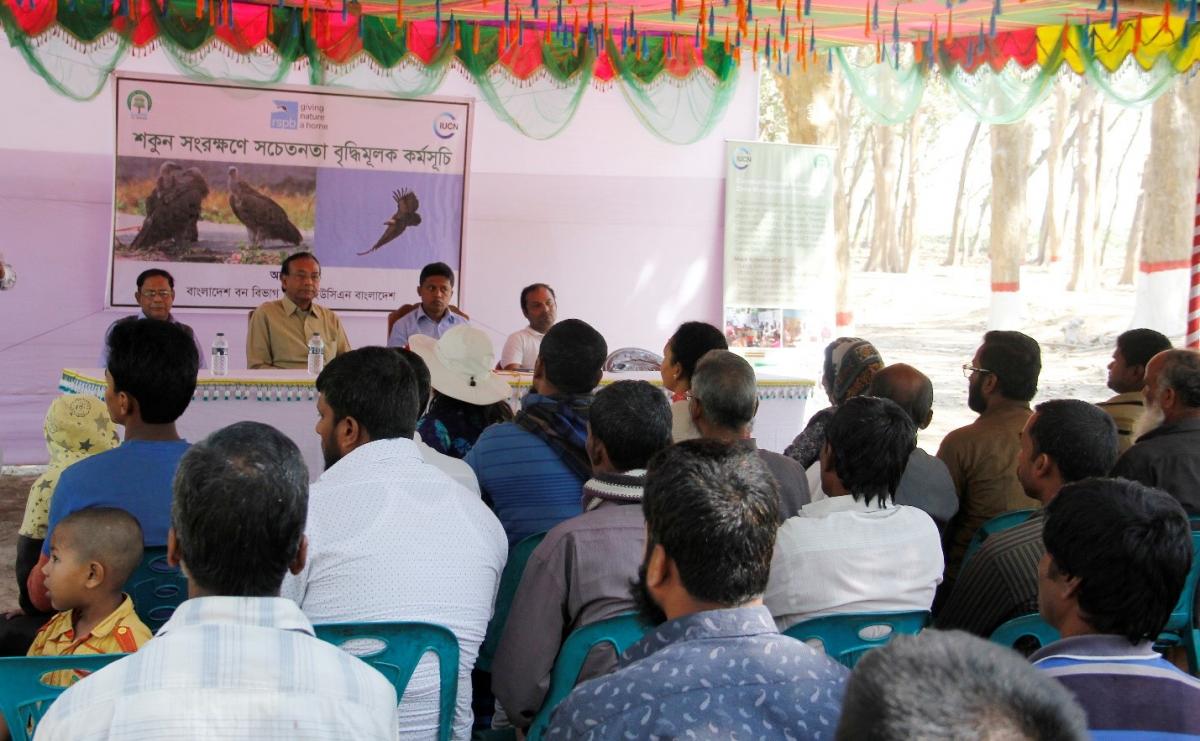 Awareness program on Vulture in Singra,Dinajpur 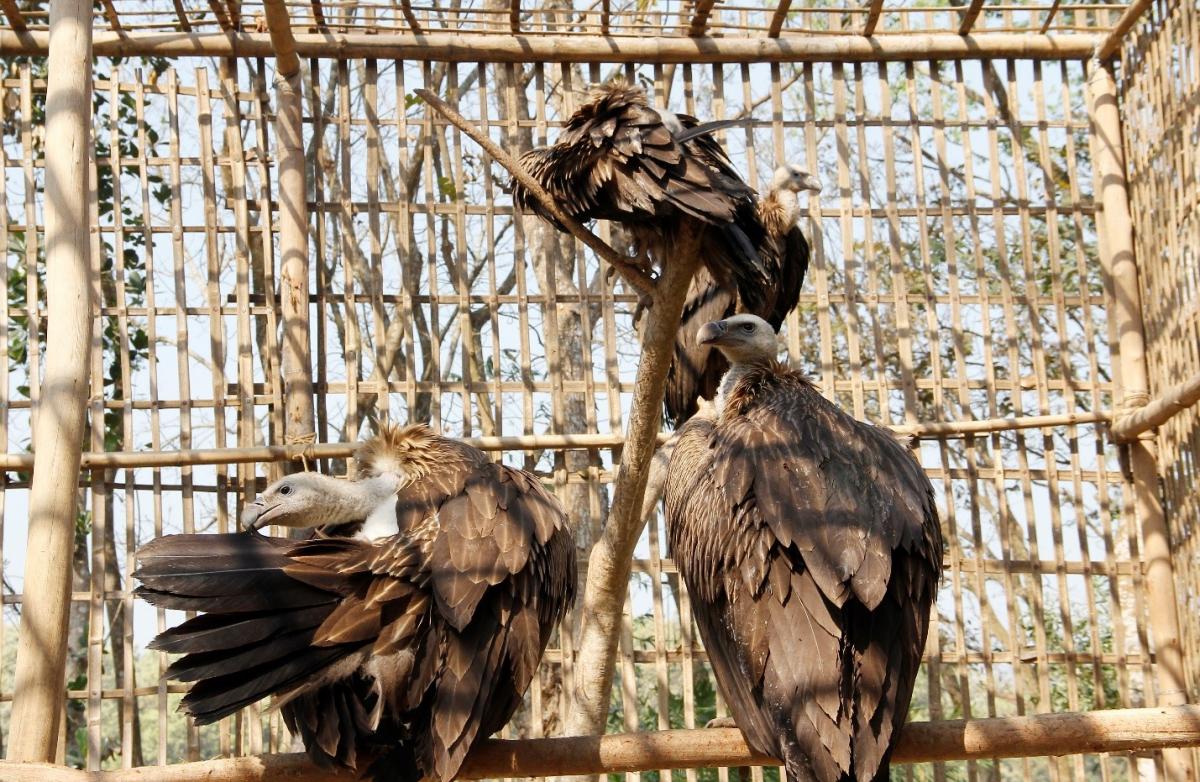 Vultures inside the Rescue Centre 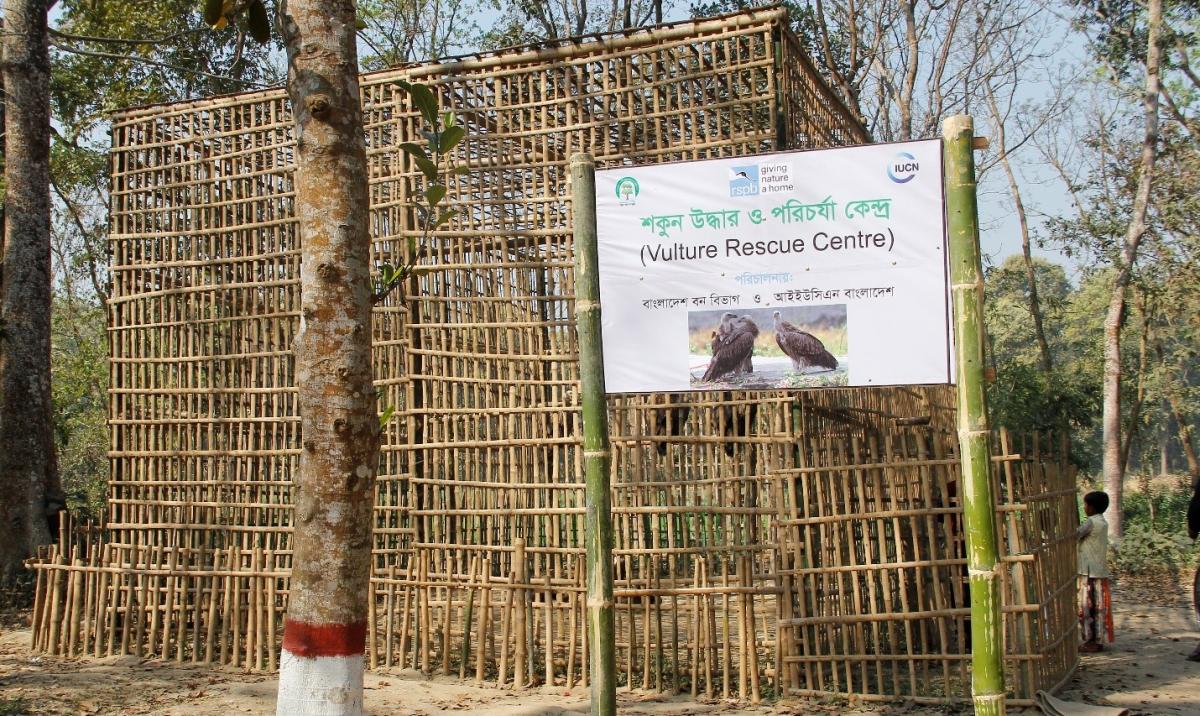 After months of treatment and care, eight Himalayan Griffon vultures were released back into the wild by IUCN Bangladesh and Bangladesh Forest Department. The vultures were cared for in the temporary Vulture Rescue Centre that was established in the Singra National Park, which is in the Dinajpur District in northern Bangladesh. A small awareness program was also organised to mark this event, which was attended by over 200 local participants, consisting of mostly indigenous communities. The guests of the program were the country representatives from IUCN Bangladesh, Mr. Ishtiaq Uddin Ahmad, Mr. Abdul Awal, Divisional Forest Officer and Principal Inverstigator of the Community Based Vulture Conservation Project, A.B.M. Sarowar Alam.

Ishtiaq Uddin Ahmad put emphasis on the importance of vultures in the ecosystem and the need for awareness amongst the local community. “Vultures are an integral part of the ecosystem and they are interlinked with all other components that make up the ecosystem”, said Mr. Ahmad. Mr.Alam said, “The rescue centre looks to help injured or weak vultures by providing necessary treatment so that they can return back to nature”. Mr. Awal reiterated that Forest Department will continue to support the Vulture Rescue Centre with the help of local communities.

Every year, during migration period, Himalayan Griffon vultures that are too weak or injured are rescued in the Northern parts of Bangladesh. A total of 40 vultures were rescued from different parts of the country during the 2014-2015 and 2015-2016 migration periods. The Community Based Vulture Conservation Project has established the temporary rescue center with the collaboration of the Bangladesh Forest Department. This year, 16 vultures were rescued, out of which 8 were released with immediate treatment. The rest were kept in the rescue centre. The centre rescues and rehabilitates the vultures and after attaching specialized numbered rings, releases them when they are fit to fly again.

As there are a number of Himalayan Griffons rescues every year, it is imperative that the rescue centre continues to function. IUCN Bangladesh along with Bangladesh Forest looks to continue this initiative for over the years for the conservation of these vultures.  In the future, this will also give a chance to enrich knowledge and facilitate research by attaching satellite transmitters on the rescued vultures before release. This will help in understanding their migration and ecology and assist in the long term conservation of this species.