From January to April 2021, the East Forum Foundation worked with over 300 community members, school children and government officials to collect seeds of the endemic water onion (Crinum thaianum), grow them in nurseries and outplant them in streams in Ranong and Phang Nga provinces in southern Thailand. The work aims to raise awareness of the plants, which are only found in southern Thailand, and play a significant role in preventing erosion during monsoon season floods. 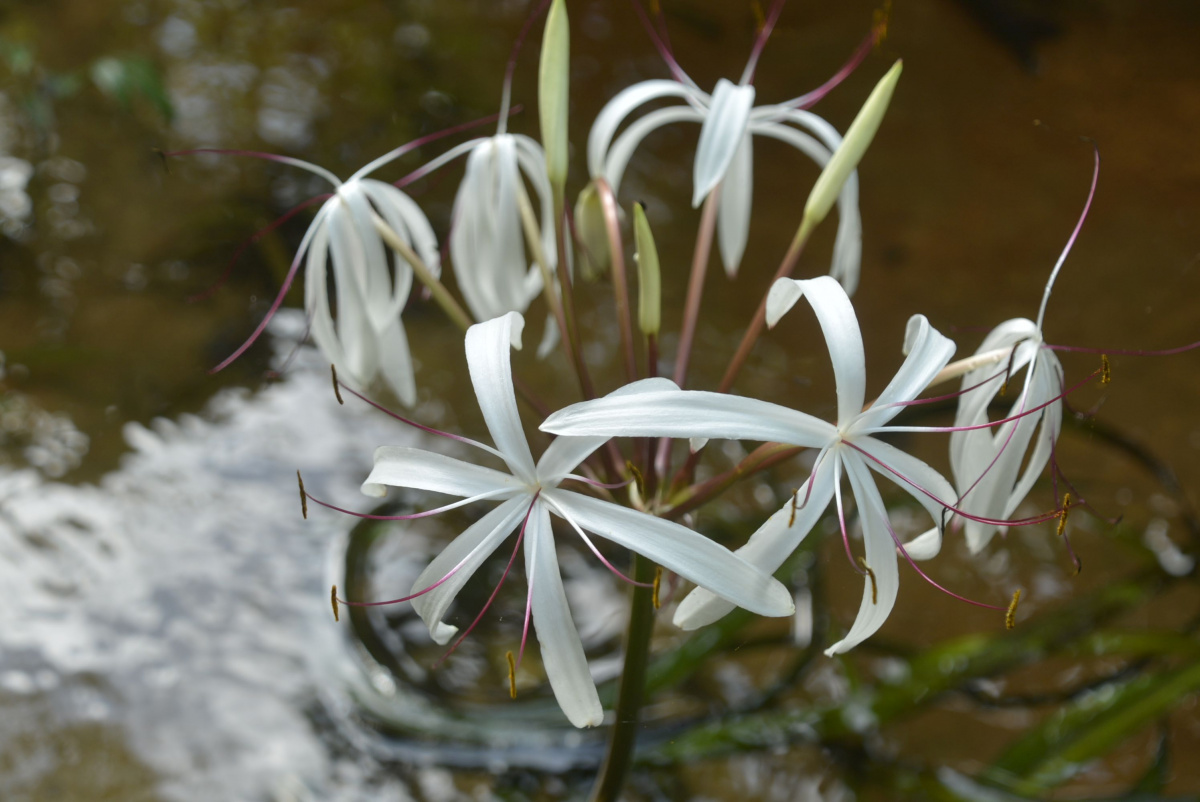 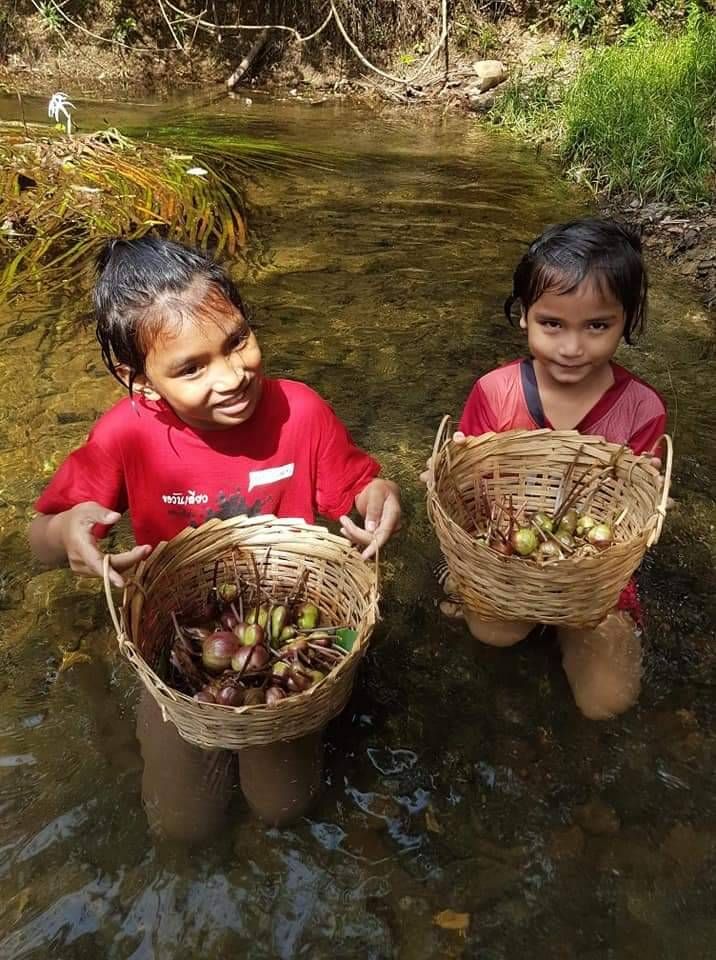 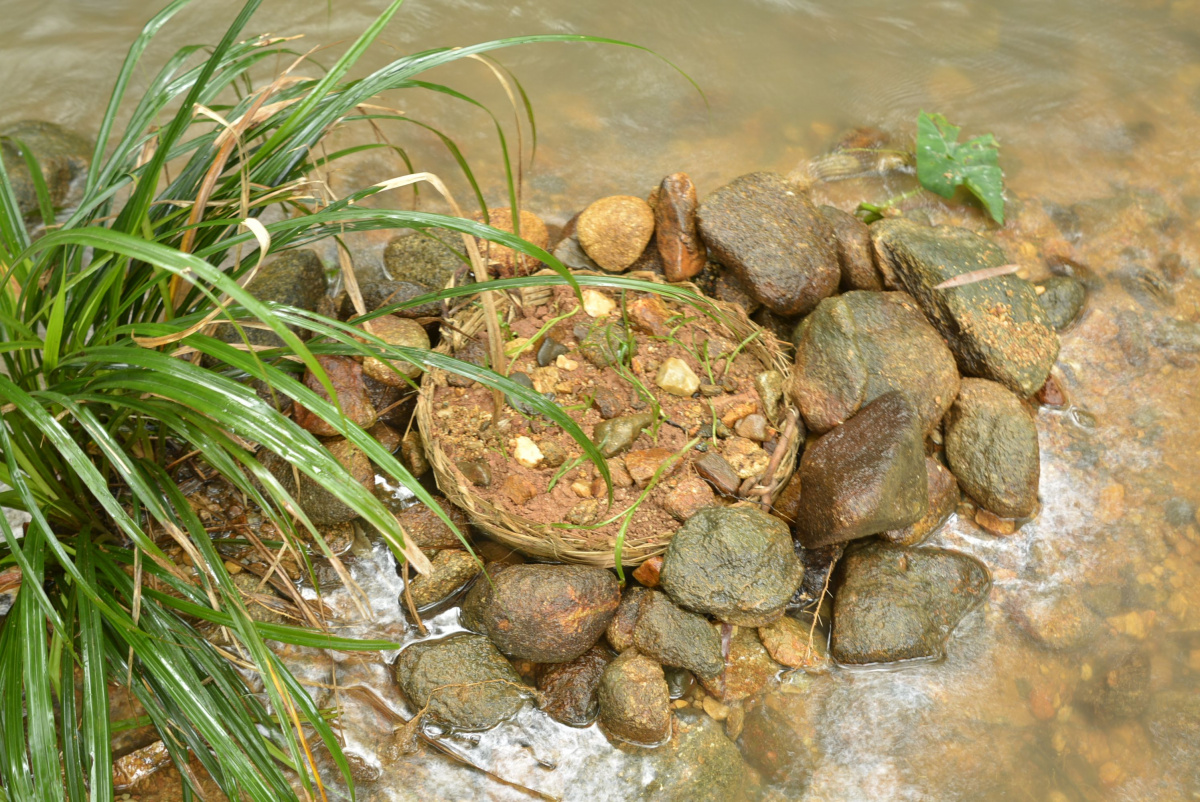 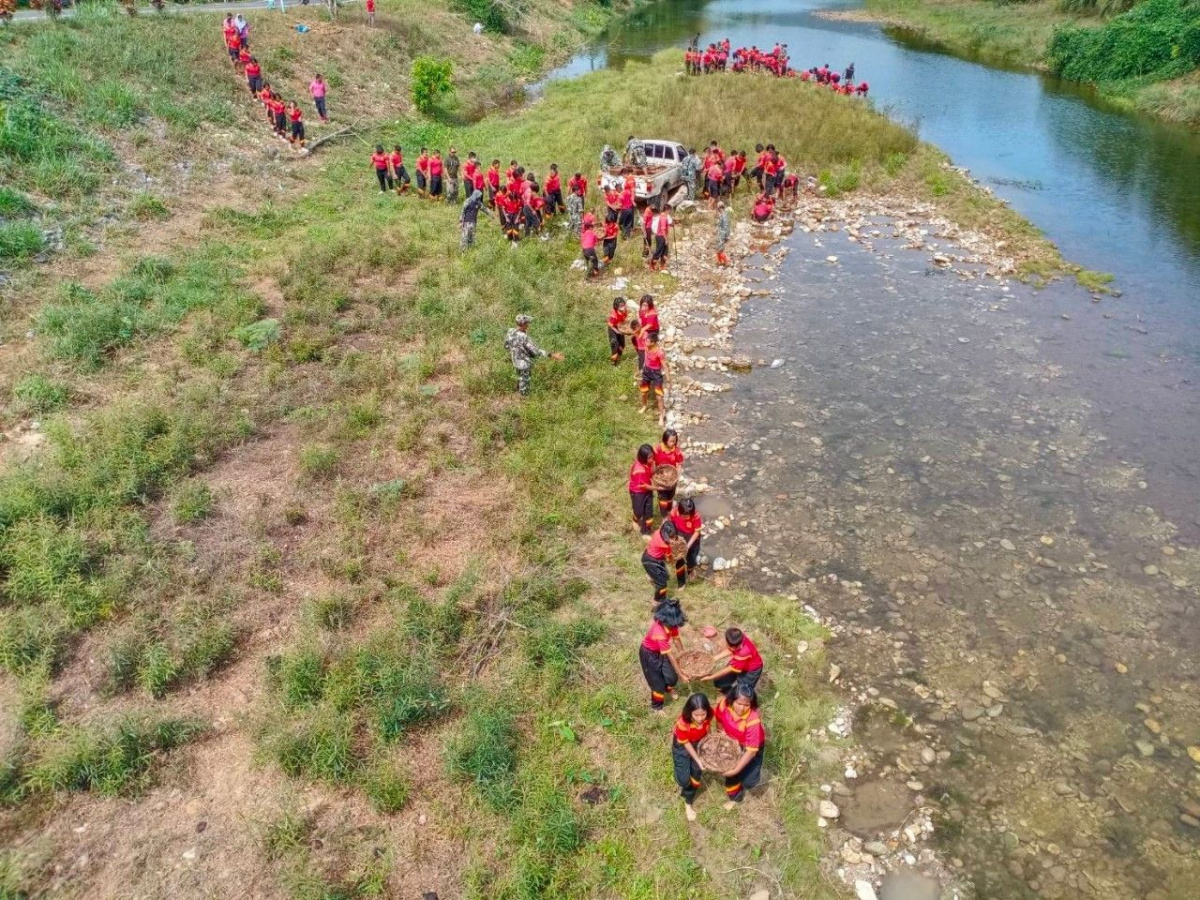 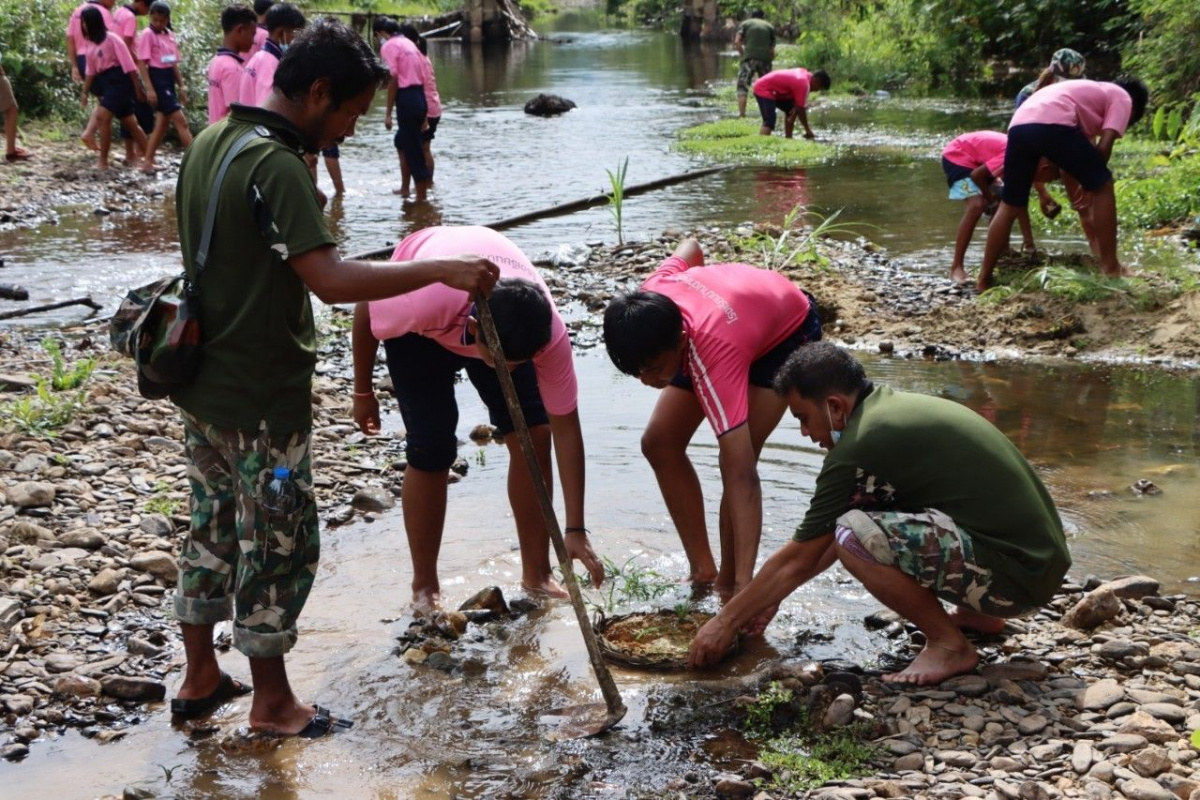 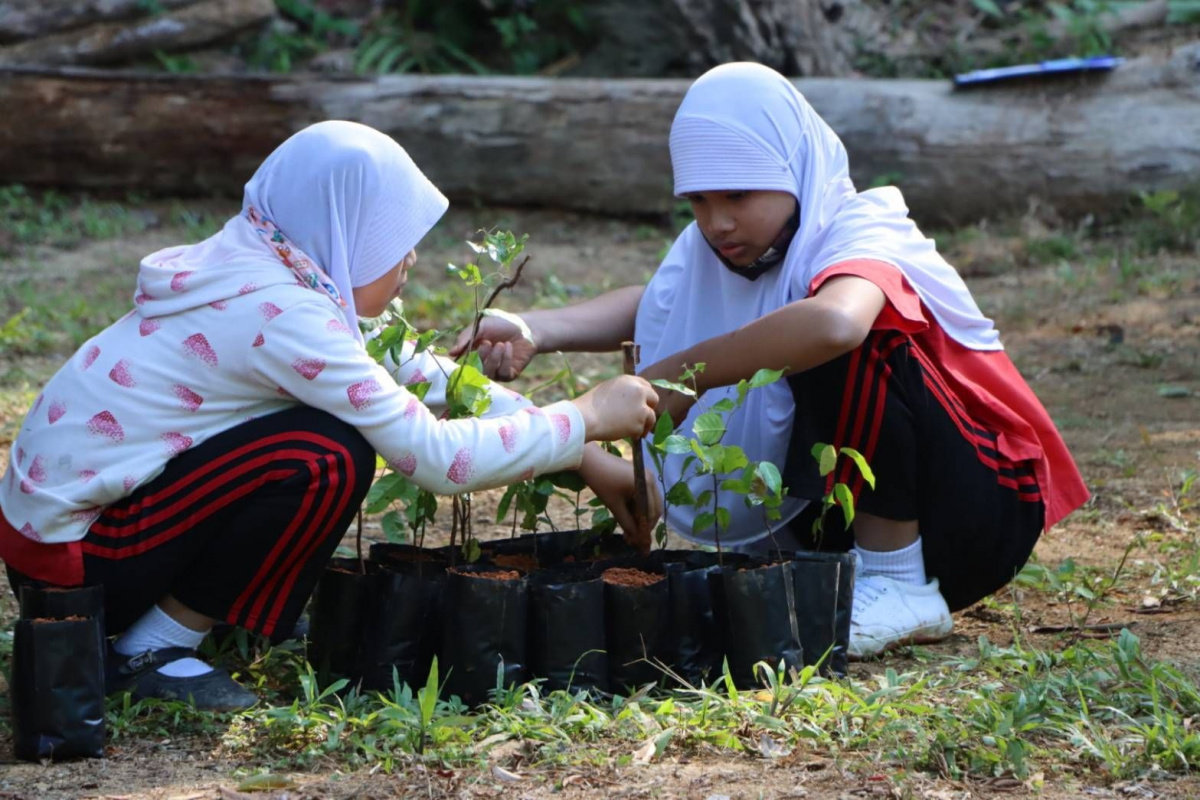 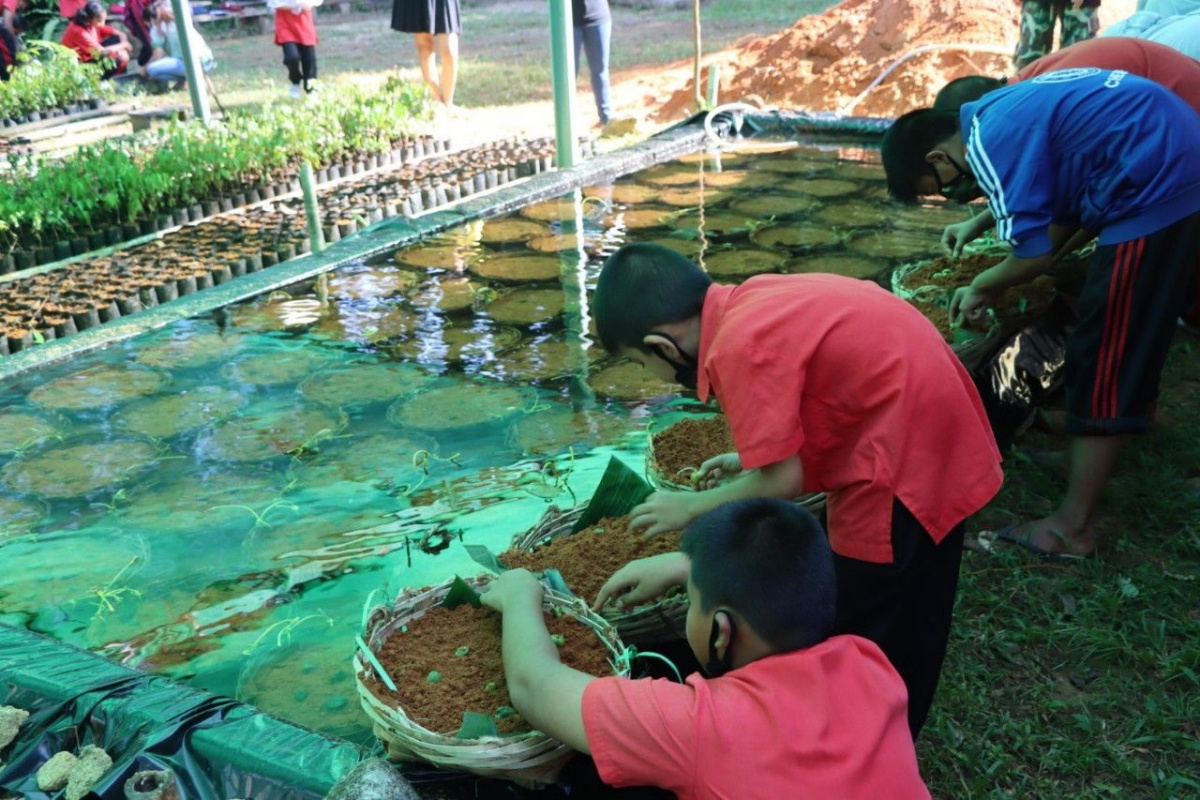 Photo: Growing the seeds in the pots © Abdulmalik Hasalem

The project, Capacity building for climate change resilience of local communities surrounding the habitat of water onion (Crinum thainum) in Ranong wetland, is implemented by the East Forum Foundation, and supported by IUCN’s Mekong WET project. The restoration of the water onion and its habitat will reduce local vulnerability to climate change and rehabilitate the wetland ecosystem. The water onion is a flagship species of Ranong wetland, which helps to reduce canal erosion, and provides habitat, food and breeding grounds for aquatic species.

The water onion is in the Amaryllidaceae family. The rare species can only be found in running streams in Ranong and Phang Nga provinces. Dubbed ‘Queen of the River,’ the plant blossoms from October- December. The water onion was first found in 1972 in Ranong province around Nakha, Rua and Wang Hin canals running through Suk Samran district.

At present, the water onion is listed as endangered on the IUCN Red List, due to impacts of climate change and loss of suitable habitat. The species is thought to have a narrow ecological niche, occurring in highly specific habitats. The further rehabilitation of wetlands throughout Ranong is needed to build resilience and mitigate the negative impacts of climate change on biodiversity and local communities.