Marine plastic pollution is a global problem which needs to be tackled at the national level, using methods that are appropriate for the context of each country. 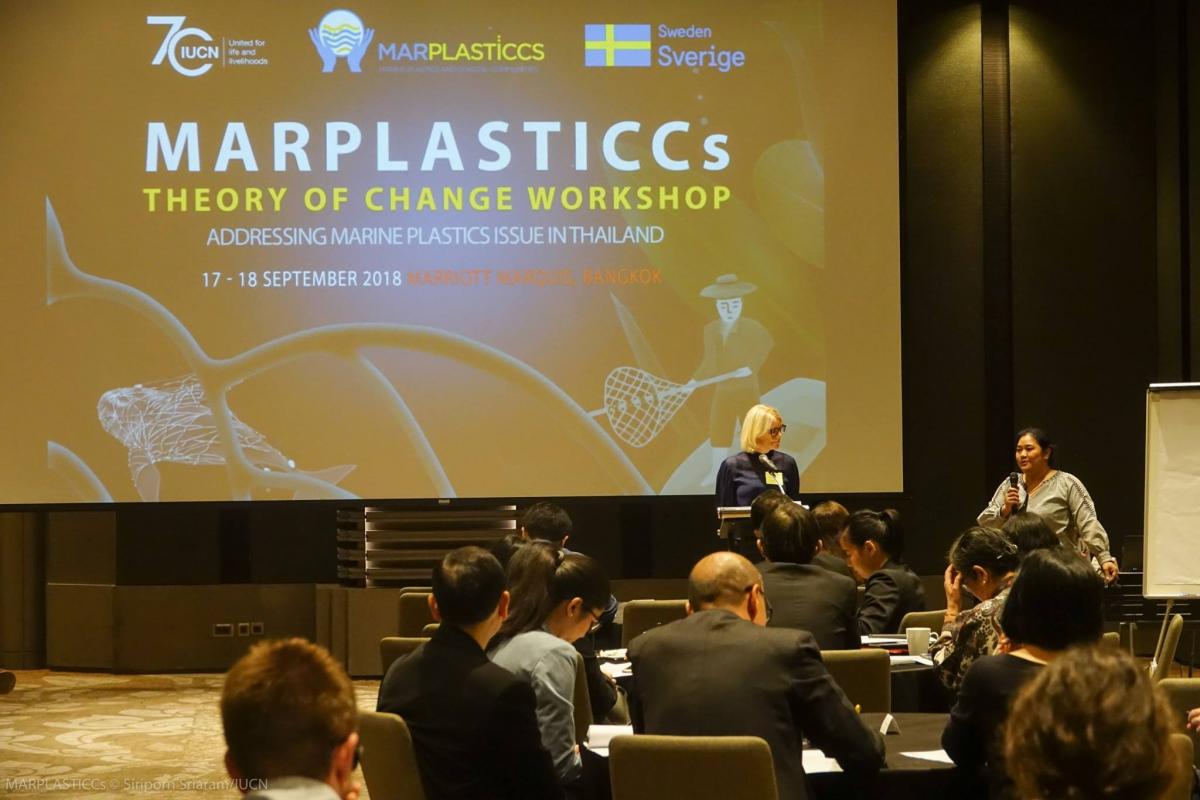 In September 2018, representatives from Thailand and Viet Nam’s government, private sector, civil society, and national NGOs attended ‘Theory of Change’ workshops organised by IUCN’s global Marine Plastics and Coastal Communities (MARPLASTICCs) programme, supported by the Swedish International Development Cooperation Agency (SIDA). These two-day events resulted in a set of recommendations to guide the two-year work plan of MARPLASTICCs in Thailand and Viet Nam – named two of the world’s biggest contributors to marine plastic pollution in a 2015 report. The workshops also resulted in an analysis of prospective pilot sites for MARPLASTICCs public-private partnership initiatives.

The workshops aimed to gather input from stakeholders and identify the ways in which MARPLASTICCs projects can build on existing plastic waste management efforts in each country. They were also an opportunity for a wider group of national stakeholders to situate the role of IUCN and MARPLASTICCs into their national contexts. 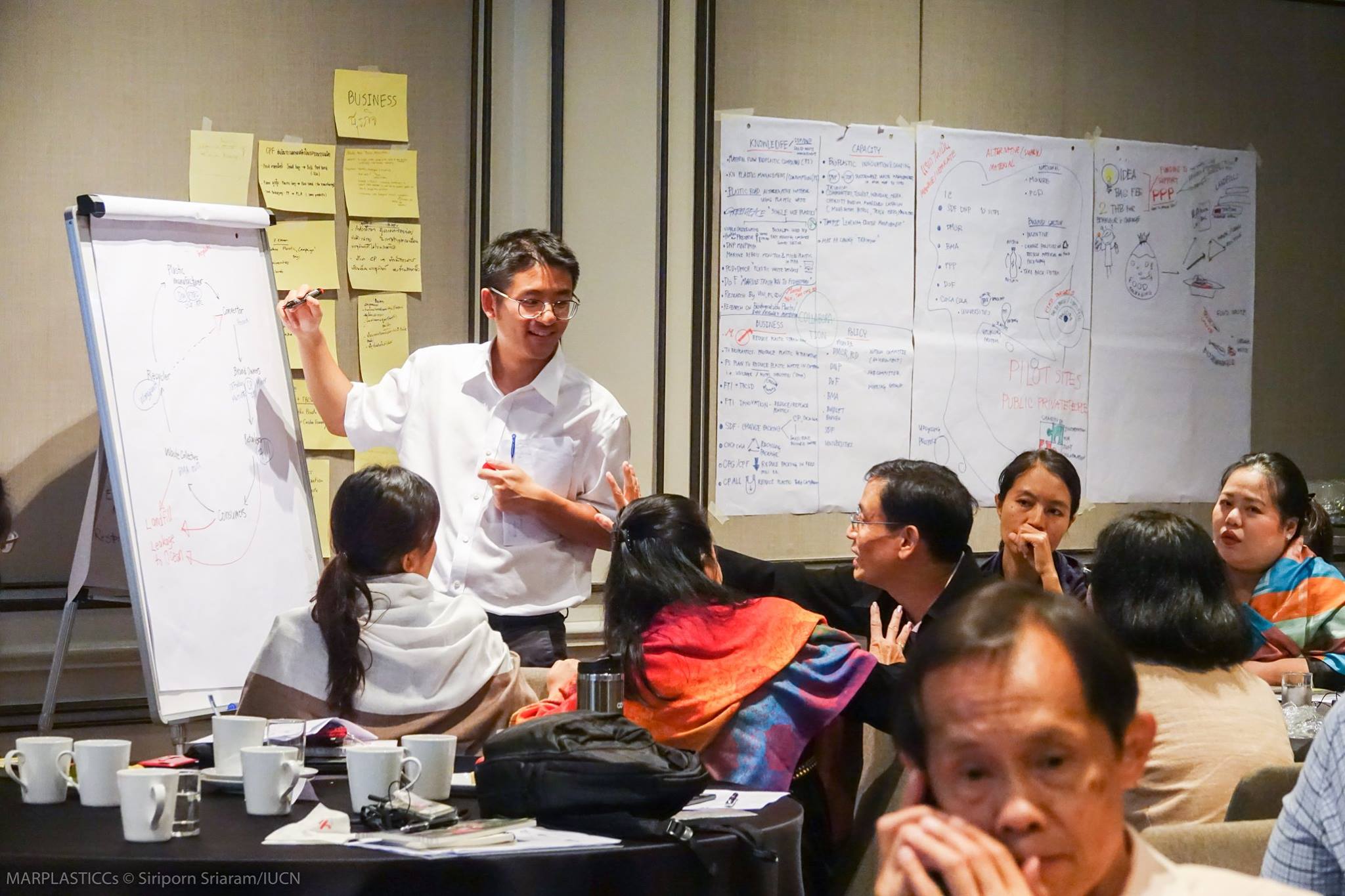 With presentations from a range of global and national experts, as well as the opportunity for group discussion, these workshops allowed participants to think critically about their roles, individually and collectively, in tackling plastic pollution. Discussion was framed around the four main pillars of the MARPLASTICCs programme: Knowledge, Capacity, Business and Policy.

Workshop participants identified the pervasiveness of single-use plastic bags as an urgent priority in both Thailand and Viet Nam, and recommended that this be addressed at the national level as soon as possible.

“By 2020, our target is to reduce plastic bag use by 80% in shopping malls and supermarkets and 65% in traditional markets,” said Mr Ta Dinh Thi, Director of the Viet Nam Ministry of Natural Resources and Environment General Department of Sea and Islands.

“In Thailand, we have found that the majority of problems are caused by the increase of single-use plastics, along with a plastic management system that lacks efficiency,” said Mr Suwan Nunthasut, a representative from Thailand’s Department of Marine and Coastal Resources. 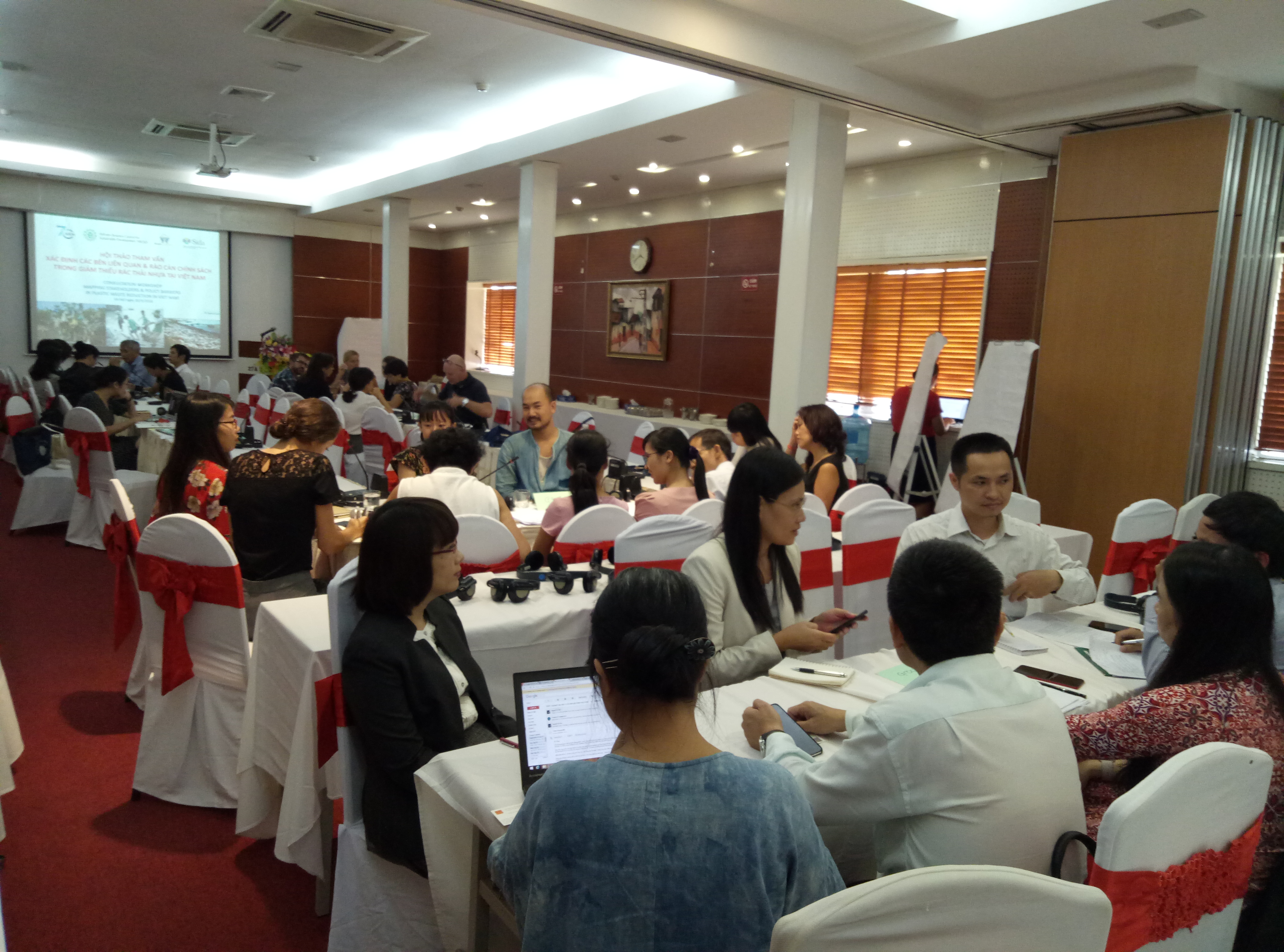 “In Viet Nam, only 20% of plastic waste is recycled after collection. We need to set targets to reduce the amount of solid waste going into landfills,” added Mr Thi.

As engaging the private sector was identified as an important consideration for the project for both countries, the workshop was attended by representatives from several conglomerates and multinational corporations including Coca Cola, Dow Chemicals, Unilever and CP Group.

When discussing the importance of adopting the circular economy approach, Mr Paradorn Julachat, Chair of the Federation of Thai Industries’ Plastic Industry Group, emphasised the potential value of plastic waste as a resource.

Both countries also stressed that better recycling and waste management structures will be necessary to allow businesses to effectively engage in recycling practices.

All participants identified the importance of engaging multiple stakeholders in a national dialogue on marine plastics, and that MARPLASTICCs will continue to play its role as a multi-stakeholder convener in both Thailand and Viet Nam.

The project teams will continue to ensure ongoing dialogue between all sectors of society. Viet Nam intends to establish a national coordinating body made up of representatives from all major sectors. Thailand will look to the academic and private sectors, along with the “Public Private Partnership for Sustainable Plastic and Waste Management” initiative, of which IUCN is a technical partner, and the  newly established Thailand Bio-Diversity Network Alliance, to support current initiatives the government is already undertaking. Both countries will begin selecting appropriate pilot sites to implement MARPLASTICCs initiatives in 2019.