AWARE Week, convened by Project AWARE[1] and the Professional Association of Diving Instructors (PADI), is a global call for ocean conservation action through learning, action and inspiration. The week of 15-23 September 2018 will see lots of exciting activities taking place across the world, guiding ocean conservation practices that divers and other ocean enthusiasts can use every day.

The communications, advocacy and education around AWARE Week are oriented to enable ocean enthusiasts across the world to understand and explore how to support ocean conservation, especially through ecologically responsible diving practices. The ways this can be translated into reality are myriad, ranging from responsible interaction with underwater life, to rejecting single-use plastics, and making informed consumer choices.

Booming economies in Asia-Pacific, coupled with urbanisation and a significantly higher demand for resources by a burgeoning middle class, has resulted in intense pressure on the region’s biodiversity, and marine resources are being considerably impacted.

Alarmingly, the Asia-Pacific region recorded the world’s highest number of Threatened species in 2014. According to the report, rapid coastal development and unsustainable exploitation of marine resources, compounded by destructive fishing practices, have resulted in the disappearance of over 40% of coral reefs and mangroves, in turn leading to declining fish stocks.

This year, in addition to providing learning opportunities for divers to be more ecologically conscious, AWARE Week will also focus on shark conservation. IUCN estimates that 25% of shark and ray species are threatened with extinction, as classed in the IUCN Red List of Threatened Species™. A telling study by IUCN estimates 100 million sharks are killed each year, with parts of up to 73 million ending up in soup.

This trend is worrisome, as the extinction of shark species – many of which function as apex predators – will result in ecological imbalances. Action is being taken globally, as “finning” and fishing sharks is banned by regional fishery bodies and around 70 countries. Despite this, the challenge lies in weak enforcement of such laws and regulations. Growing demand and consumption have been observed in certain Asian countries, where shark fin is used for soup and is also perceived by some to have medicinal properties.

A 2018 report published by the environmental advocacy group WildAid stated that 57% of people polled in urban Thailand have consumed shark fin. Alarmingly, more than 100 restaurants in Bangkok alone still serve shark fin soup. More widely in the region, shark fin consumption in Indonesia, Taiwan and Viet Nam is on the rise. The report also finds that after Hong Kong, Singapore is the second largest importer and exporter of shark fins in terms of value. Known as a significant consumer of shark fin, mainland China has succeeded in reducing shark fin consumption by 80%. This is testament to a successful public awareness campaign and a stringent ban on serving shark fin at official functions.

As a passionate marine conservationist, formerly engaged with IUCN, this is the year I decided I will be an active part of Project AWARE in Thailand. I have volunteered my support in Koh Tao, a pristine island in Thailand  known as a haven for divers in Southeast Asia. 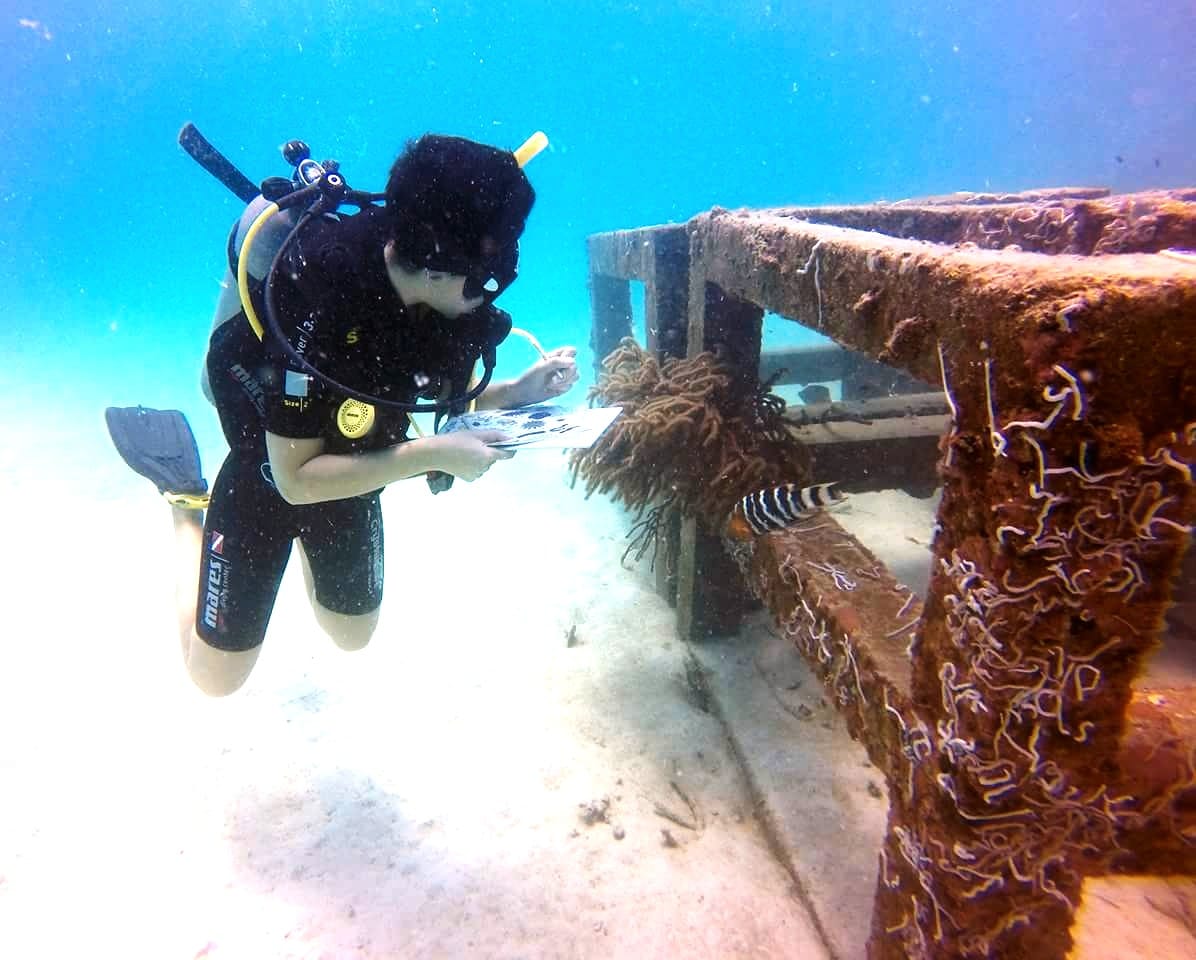 Koh Tao, like other islands in the region, is suffering from marine conservation challenges such as marine plastic and coastal zone management. Hearteningly, strong preservation and conservation actions are being led on the island by organisations such as Eco Koh Tao, which practice ecologically responsible diving and train “eco divers” through education, awareness and direct action.

My professional work is centred on disaster risk reduction and has covered topics in climate science such as the impacts of El Niño. I am extremely eager to advance this with a practical understanding of how climate change impacts are translated underwater. During AWARE Week, I will be learning underwater surveying techniques and data entry methodologies to be able to participate in global marine survey activities. I will also be learning more about shark conservation, and am excited to share the findings with you in subsequent posts.

I look forward to sharing my marine adventures with you over the coming week! I welcome questions and comments. Till then, be AWARE in your choices!

[1] Project AWARE, which stands for Aquatic World Awareness Responsibility and Education, is supported in over 182 countries and covers activities such as “Dive Against Debris,” “Coral Watch” and the Whale Shark Project.