The unique role of protected area partnerships - including the Asia Protected Areas Partnership (APAP) - was highlighted at a well-attended event organised as part of the recent IUCN World Conservation Congress in Hawai’i. 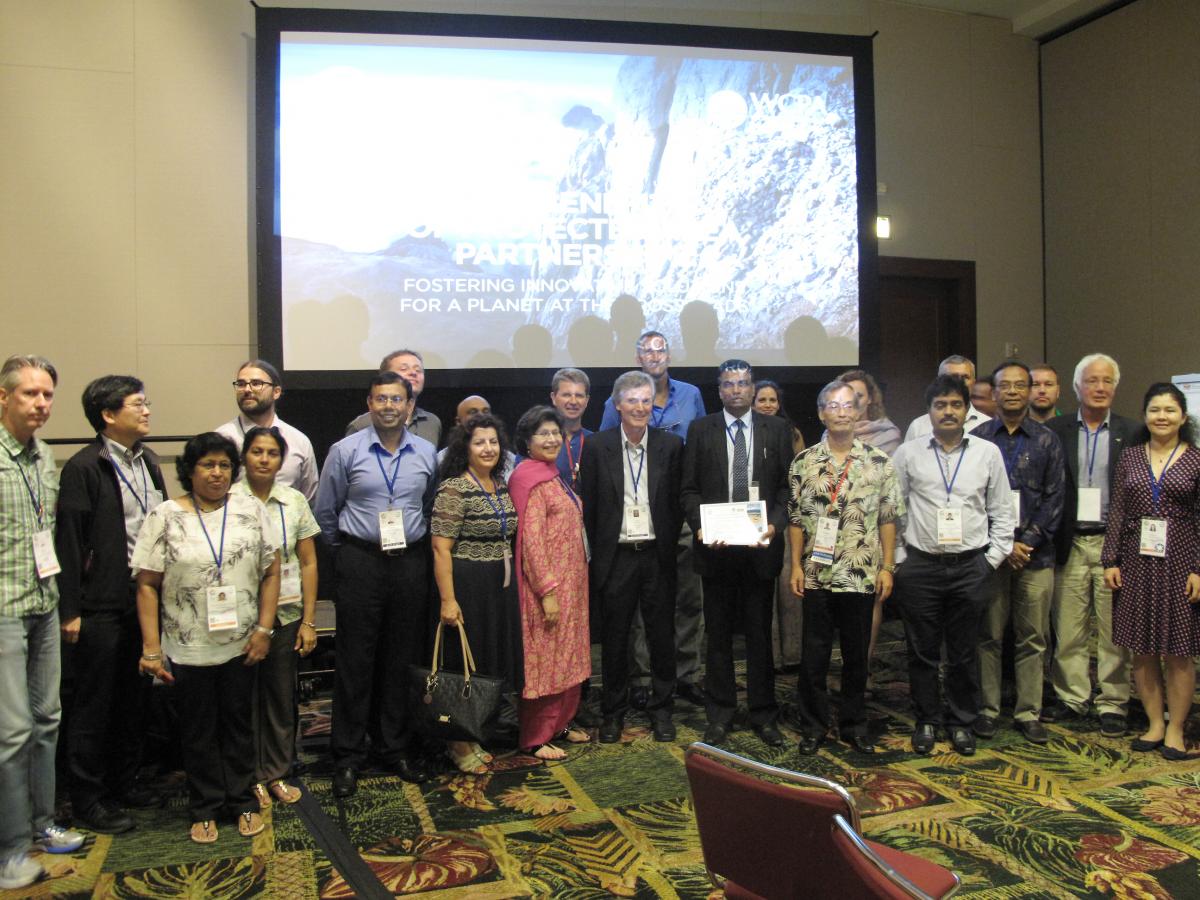 Group photo at the The Benefits of Protected Area Partnerships: Fostering Innovative Solutions for a Planet at the Crossroads workshop at IUCN World Conservation Congress, Hawai'i

The workshop on The Benefits of Protected Area Partnerships: Fostering Innovative Solutions for a Planet at the Crossroads drew an active group of some 70 participants. It was jointly organised by the IUCN Asia Regional Office and the IUCN Regional Office for Eastern Europe and Central Asia.

Four different partnerships were featured at the event:

Although the four partnerships differed in terms of their history, scale and objectives, they all shared a common vision of strengthening nature conservation and protected area  management. Amongst other benefits, the partnerships had helped to influence regional policy, enhance coordination of multiple stakeholders, strengthen knowledge sharing, unlock funding and technical resources, and build capacity.

Following an initial set of presentations and a panel discussion, participants broke into two small groups to engage in a more detailed exchange of views. The first group considered the factors that contribute to successful protected area partnerships. Good communications, trust, and multi-stakeholder engagement were identified as key ingredients for success. The importance of having tangible cooperation that goes beyond just emails and includes activities such as training, the development of joint products, and data sharing was also emphasised. The value of having a shared vision and securing commitment at both personal and political levels was also highlighted.

The second group carried out a mapping exercise to develop a better understanding of existing and potential protected area partnerships in Eastern Europe and Central Asia. The discussions revealed that there are at least 17 different partnerships already working across the region, at many different scales - from transboundary cooperation between two national parks across a single border to local, regional, national and international networks of protected areas. There is significant potential for enhancing collaboration and coordination in order to develop a stronger "voice" for protected areas. However, a number of challenges were also identified, including differences in legislation, political systems and languages. The importance of finding ways to measure and demonstrate the conservation and socio-economic impacts of partnerships was also highlighted, in order to increase support and attract additional members and funding.

Commenting on the event, Dr Scott Perkin, Head of IUCN Asia's Natural Resources Group, said: "I was delighted by the amount of interest shown in this workshop and surprised to discover just how many protected area partnerships are already operating at different scales across Europe and Asia. At a time when borders appear to be hardening in many parts of the world, protected area partnerships offer a positive mechanism for building trust and enhancing collaboration. I believe they have tremendous potential."