IUCN mourns the loss of leading conservationist Gustavo Fonseca, and wishes to honour his contributions to the Union and to global efforts to preserve nature. 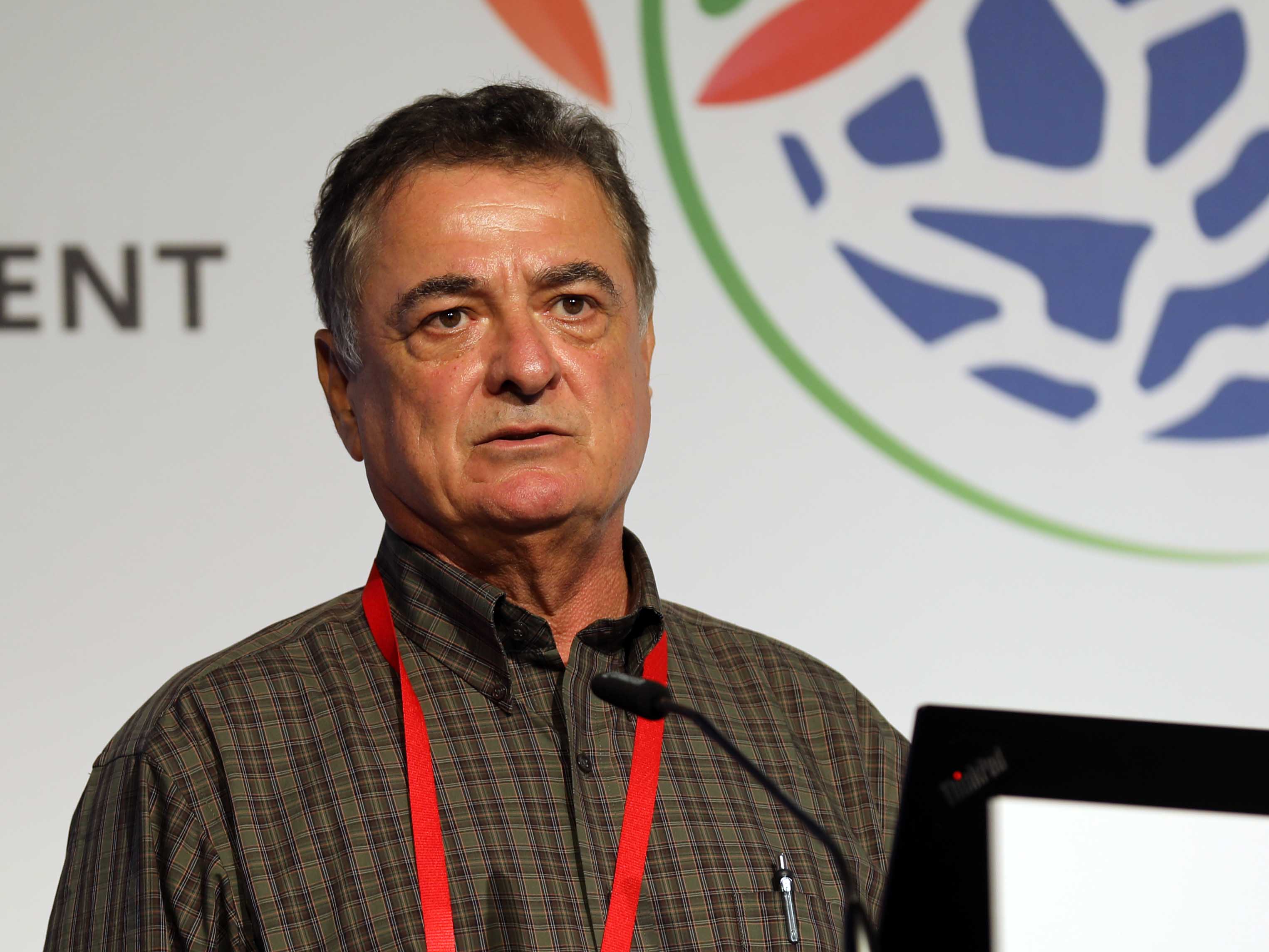 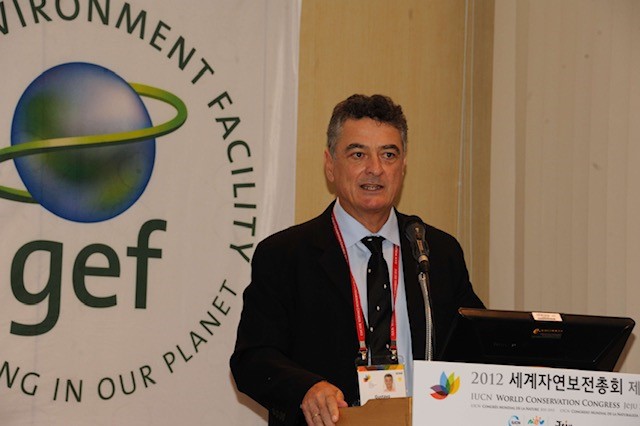 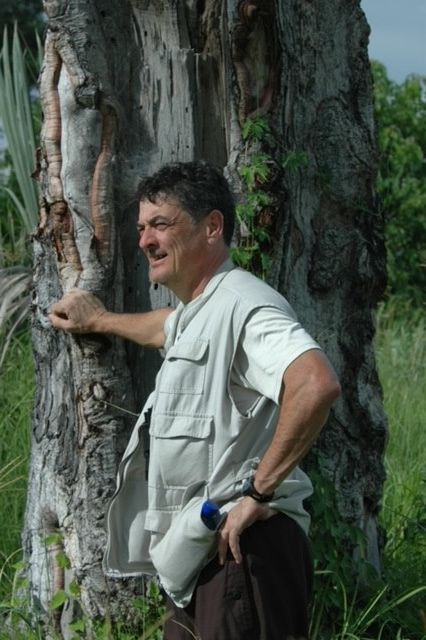 Gustavo Fonseca during fieldwork in Botswana

In an illustrious career spanning more than 30 years, Gustavo was integral to IUCN; he served on the Steering Committee of the IUCN Species Survival Commission (SSC), was a member and former Chair of the IUCN SSC Anteater, Sloth and Armadillo Specialist Group, and a member of the IUCN World Commission on Protected Areas. He was also a long-standing and esteemed colleague as Director of Programs at the Global Environment Facility (GEF) with whom IUCN worked closely to further conservation science, policy and action around the world.

We send our deepest condolences to Gustavo’s family and friends. His colleagues at the GEF have published this tribute, which we encourage all to read; please also see this tribute from the Inclusive Conservation Initiative.

Those who knew him are also encouraged to post personal remembrances below.

I was in Sinop in the northern part of the state of Mato Grosso on August 31, 2022, attending the 19th Congress of the Brazilian Primatological Society. It was a warm sunny morning, and we were having a really pleasant productive event. However, everything suddenly changed when I got an email message from my good friend Claude Gascon from the Global Environment Facility. He said it was urgent. I asked what it was, and he replied that he had to tell me in person and not via email. I quickly called, and had one of the biggest shocks of my life – Gustavo Fonseca, my great friend of nearly 40 years, had suddenly passed away in his sleep earlier that morning. I couldn’t believe it. How was that possible? He had just been at meetings the previous several days, and he seemed to be in vibrant good health and very actively engaged in his work as the Director of Programs at the Global Environment Facility where he had been a key figure for the past 15 years. But sadly, it was true. Gustavo, only 65, had left us. I am still trying to come to grips with this tragedy. It is almost incomprehensible.

For those of you who might not have known him as well as I did, Gustavo was a force of nature, a real leader, a world class biologist, and an astute politician. I first met him in 1983 at Fazenda Montes Claros, the famous research site for the northern muriqui monkey (Brachyteles hypoxanthus) in the Brazilian state of Minas Gerais.  Like me, Gustavo was a primatologist who had started out working on the black-pencilled marmoset (Callithrix penicillata) in the Brasilia area and was carrying out a short-term project on the muriqui. We immediately hit it off and began a friendship that lasted for the next four decades.

Gustavo had a very long list of major accomplishments. Born in the state of Minas Gerais, he grew up in Brasilia at a time when Brazil’s new capital was being built. He studied Biology at the University of Brasilia, graduating in 1978, and then went to the University of Florida, Gainesville to do his Masters and PhD from 1982 and 1988. He specialised on the primates and small mammals of Brazil’s Atlantic Forest, one of the world’s highest priority biodiversity hotspots, and was instrumental in putting the Atlantic Forest on the international conservation map. After finishing his doctorate, he moved to the Federal University of Minas Gerais in Belo Horizonte, becoming a professor at the Department of Zoology in the Institute of Biological Sciences, working closely with another great pioneer, Prof. Celio Valle. Very quickly, he created a graduate programme there in Ecology, Management and Wildlife, in part modelled on the programme that he had been in at the University of Florida. This was the first course of its kind in Brazil. In part because of Gustavo, we based our WWF-funded work on the primates of the Atlantic Forest at the university in Belo Horizonte and worked closely with students there to carry out our programme over the decade of the 1980s. While in Minas Gerais, he also was instrumental in 1989 in the founding of the Fundação Biodiversitas, long one of the leading conservation NGOs in the country.

When I moved from WWF-US to become President of Conservation International (CI) in 1989, Gustavo was a strong ally in helping me to create a Brazil programme for that organisation, and a couple of years later I invited him to become the Executive Director of our programme there.  Under his leadership, it grew rapidly to become our largest field programme, and we later promoted him to lead our entire South America programme, overseeing activities throughout the continent.

Gustavo shared with me a love for the work of IUCN. During the 1990s and the early part of the 2000s, we served together on the Steering Committee of the Species Survival Commission, and he was a member of the World Commission on Protected Areas as well. He also was the first Chair of the SSC Anteater, Sloth and Armadillo Specialist Group, which was originally called the Edentate Specialist Group.

In 1999, CI was awarded a very generous gift from Gordon Moore, co-founder of Intel and a CI board member, to create a new Center for Applied Biodiversity Science (CABS). CI’s CEO Peter Seligmann and I had a quick discussion about who might best lead this center, and we almost immediately settled on Gustavo as the obvious choice. Soon thereafter, he moved to Washington, DC and within the next few years turned CABS into one of the world’s leading organisations for conservation science, with a publication record comparable to or exceeding that of the best university programmes in the world. As if that weren’t enough, we also put him in charge of all conservation field programmes and science at CI, a real tribute to his intellect and his capacity.

In 2007, a great opportunity presented itself for Gustavo to move to the Global Environment Facility, one of the products of the great Rio 92 Earth Summit (which Gustavo himself had participated in) and the biggest funding mechanism in the world for biodiversity conservation. There he took on the role of Director of Programs, reporting to then CEO Monique Barbut. At the GEF, Gustavo transformed the organisation from a siloed funder of environmental projects separately focused on climate change, land degradation, and biodiversity, to a funder of integrated projects and programmes aimed at arresting the drivers of environmental degradation, and, in so doing, producing multiple benefits in protecting species and habitats, mitigating climate change by securing carbon in tropical forests, and creating landscapes where land and soil quality could sustain rich biodiversity as well as other productive uses. He occupied this key position under three GEF CEOs, most recently under our great friend Carlos Manuel Rodriguez from Costa Rica, and it was this position that Gustavo held at his untimely death on August 31.

Gustavo had hundreds of publications to his credit and a number of books, several of which we co-authored, and he received a number of prizes, among them the Rodolfo von Ihering Award from the Brazilian Mammalogical Society (1988), the Order of the Golden Ark from the Dutch Government (2001), the University of Florida’s Distinguished Alumnus Award, and the Florida Museum of Natural History’s Oliver Austin Award for outstanding research in the natural sciences.

I had the great privilege of working closely with Gustavo from the early 1980s through the 1990s and 2000s and made many international trips with him. These included visits to Botswana, Samoa, Indonesia, the Andean countries, and of course many visits to Brazil. He was always an amazing friend who pushed everyone around him to expand their thinking on a wide variety of issues and to not just accept established ideas. I learned a great deal from him, and always enjoyed his company. In the many different positions he held, he was able to save species, create many new protected areas, influence public policies, and move large amounts of funding to places that needed it most. What is more, he helped to train many students while in his university positions, and they continue to carry his legacy forward today.

Gustavo was truly a unique individual, a great leader, and a loyal friend. I will miss him, as will many other people whose lives he influenced in so many ways. Gustavo is survived by his mother Marisa, his sister Anna, his wife Glaucia, his three sons, Bruno, Lucas and Caio, and a grandson, Bernardo.

Thank you Russ for that moving and inspiring tribute.

On behalf of my mother and me, we thank you.
That fact that he was not only respected in his field worldwide, but also loved, brings us some comfort.
He's gone too soon.