IUCN calls on governments gathering virtually today at UNESCO’s 44th World Heritage Committee meeting to take full account of the contributions of World Heritage sites in addressing biodiversity loss. This call comes ahead of the UN conference on biodiversity scheduled for later this year in China, which will set new goals and targets to safeguard biodiversity over the next decade and beyond through a Post-2020 Global Biodiversity Framework. 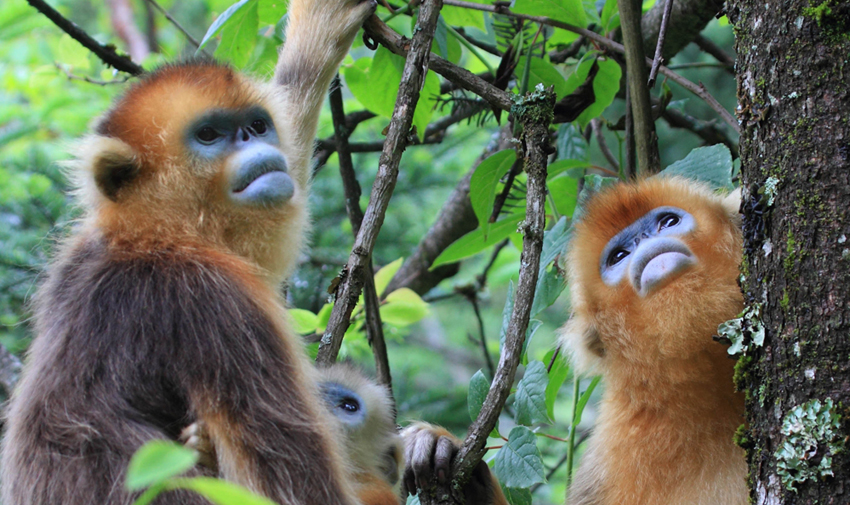 The World Heritage Committee will discuss over the next two weeks IUCN’s advice on 95 natural World Heritage sites facing threats and eight sites proposed for inscription. In parallel, the Committee will consider advice on broader issues affecting the conservation of World Heritage sites. This includes the global threats of climate change and rapid decline of biodiversity, which have been the focus of debates under the auspices of the Convention on Biological Diversity to define new objectives for biodiversity conservation for the post-2020 period.

“Nature is declining globally at rates unprecedented in human history – we must ensure the efforts gathered through the Post-2020 Global Biodiversity Framework will translate into meaningful impact on the ground,” says Tim Badman, Director of the IUCN World Heritage Programme. “World Heritage sites will play a leading role in achieving these ambitions as their conservation directly impacts the biodiversity and ecosystems they host. We call on governments to focus on doing what is in their power to protect these exceptional sites, with international support if needed, as a crucial step in tackling global challenges.”

Currently in its draft stage, the Post-2020 Global Biodiversity Framework highlights that protecting biodiversity and combatting human-induced climate change go hand in hand. The World Heritage Convention can make significant contributions on both the climate and biodiversity fronts, according to the advice prepared jointly by IUCN and UNESCO’s World Heritage Centre.

For instance, the French Austral Lands and Seas – the largest World Heritage site covering an area bigger than mainland France – protects more than 50 million birds, including the world’s largest populations of king penguins and Endangered yellow-nosed albatrosses. Forests found in World Heritage sites across the tropical regions, such as the Central Amazon Conservation Complex in Brazil or the Okavango Delta in Botswana, store 5.7 billion tonnes of carbon –more than other protected tropical forests according to a 2014 IUCN study.

Globally, the number of sites facing threats keeps increasing, and the severity of these threats is intensifying. The IUCN World Heritage Outlook 3, published in early December 2020, revealed that climate change is now a high or very high threat in a third of natural World Heritage sites, overtaking invasive alien species as top threat. This is exacerbated by a range of human-driven pressures, such as tourism visitation, hunting, fishing, fires and livestock grazing.

“Natural World Heritage sites showcase the real world challenges and results of nature conservation, from local to global,” says Tim Badman. “They carry enormous potential to preserve species and ecosystems, and thus contribute to global biodiversity and climate action, but for this the different conventions must work together. The forthcoming IUCN World Conservation Congress, to be held in September 2021 in Marseille, is expected to be an important milestone in creating synergies and increasing the effectiveness conservation action.”

UNESCO’s 44th session of the World Heritage Committee takes place from 16 to 31 July and is fully online, hosted by Fuzhou, China. IUCN is the Committee’s official advisor on nature. In addition to recommending action for sites facing threats, it recommends inscribing two new sites and approving parts of a proposal to extend an existing site.