From Snares to Wares… Converting youth into conservation craftsmen

A new project in Uganda, the Snares to Wares initiative is transforming one of the most dangerous and problematic poaching weapons into inspiring pieces of art. The initiative supported by IUCN Save Our Species and co-funded by the European Union is working with youth and converted poachers, who transform the wire from wire snares into beautiful sculptures.The initiative currently has 324 artisans creating more than 1000 sculptures per month, with markets as far as the United States. 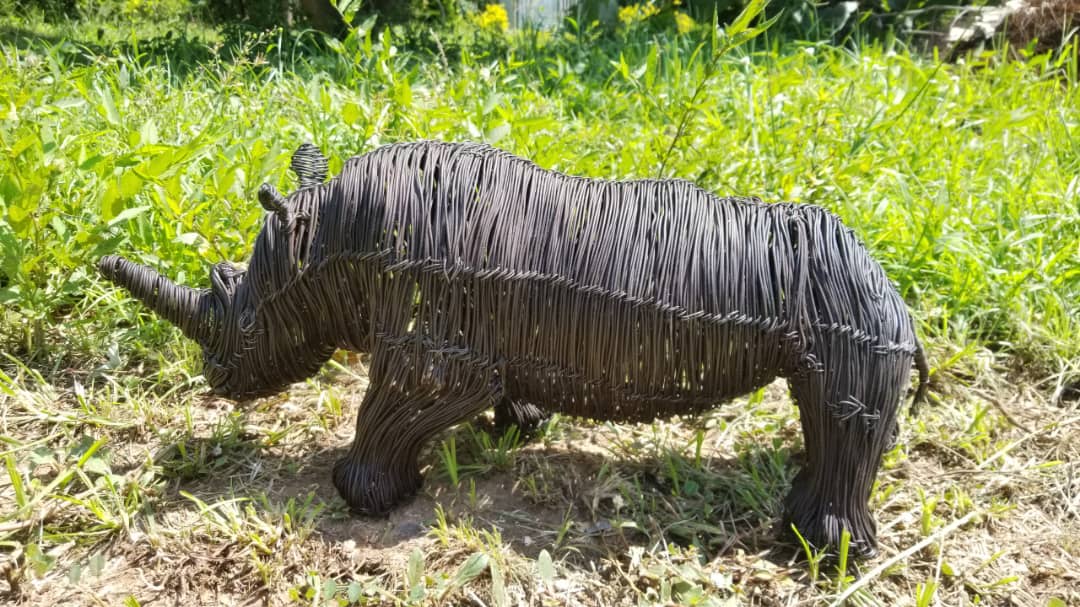 The Snares to Wares initiative works with youth and converted poachers, who transform the wire from wire snares into beautiful sculptures.

Photo: The Snares to Wares Initiative

By The Snares to Wares Initiative

In Uganda, lions are second only to mountain gorillas in their position as the most sought-after species among ecotourists. Giraffes too are highly attractive targets for tourists to view. Consequently, lions and giraffes are integral to the tourism sector of Uganda.

Murchison Falls National Park (MFNP) located in northwestern Uganda has the highest amount of suitable habitat for lions in the country and the largest population of Rothschild’s giraffe in the world. However, the principle interactions between the people living on the periphery of the park and wildlife, are negative. Occasionally, even considering the professional interventions of the Uganda Wildlife Authority (UWA), wildlife from the national park damage crops, kill livestock, and scare local people. Coupled with the fact that these residents are among the poorest in Uganda, subsistence hunting of wildlife inside the park has become commonplace. The principle means used to participate in subsistence hunting is wire snaring. 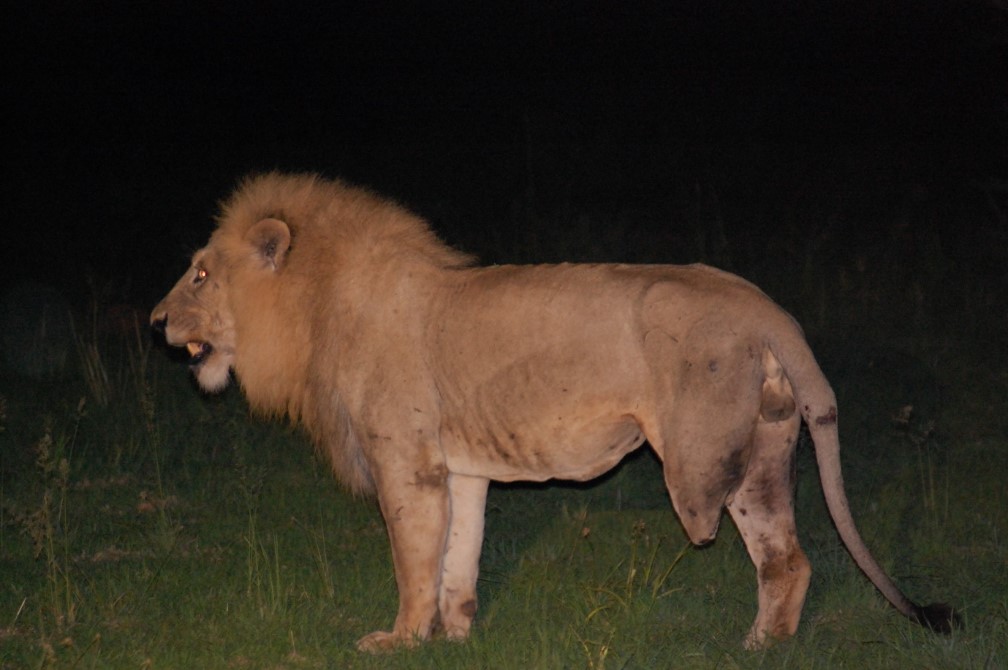 A lion in Murchison Falls National Park injured by a wire snare Photo: The Snares to Wares Initiative

Snaring is very destructive to wildlife populations and is a major cause of mortality and injury for both lions and giraffes in MFNP. Wire snares are set to capture ungulate species such as kob, hartebeest, or oribi for sustenance as bushmeat but they are indiscriminant and are just as likely to catch a lion or giraffe as they are the target species. Not only is this a devastating wildlife conservation issue, but there is growing concern that youth are particularly vulnerable to being recruited into the poaching trade.

Conserving lions and giraffes by improving human well-being in Uganda 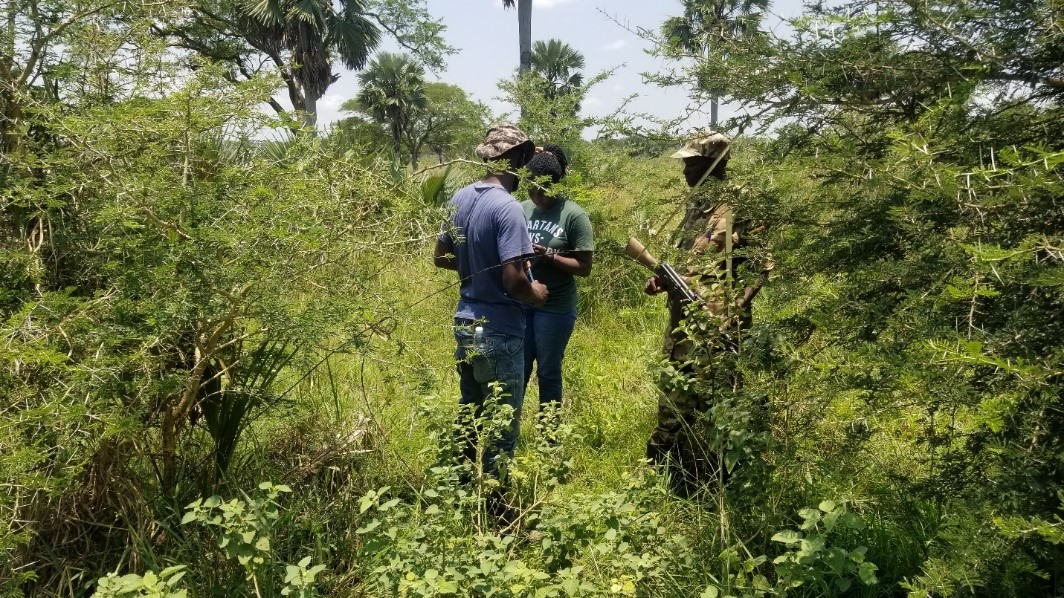 With the support of IUCN Save Our Species, co-funded by the European Union The Snares to Wares Initiative, is presenting alternative livelihood options to local people that might otherwise become wire snare poachers. The project is developing a conservation tool with the community  in close partnership with UWA. The initiative is also working to identify other career options for the youth including facilitating snare retrieval patrols that are jointly conducted with the UWA rangers to reduce the number of wires in the landscape 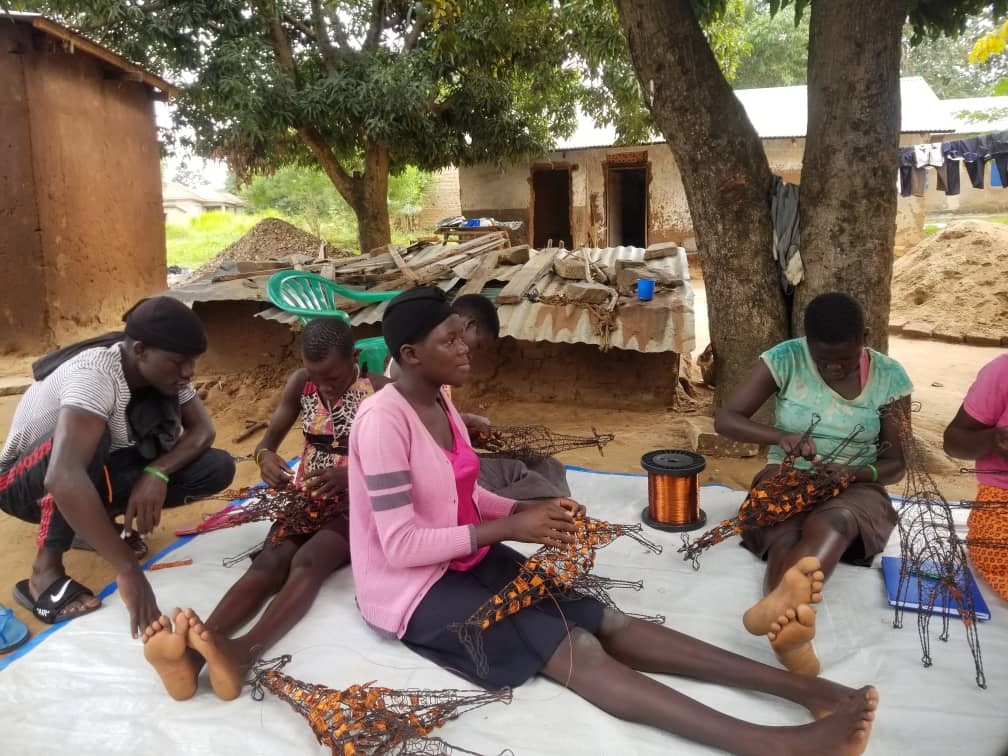 Artisans place copper wire to mimic the patches of giraffe on wire sculptures made of snares retrieved from Murchison Falls National Park. Photo: The Snares to Wares Initiative

Robert Montgomery from the Snares to Wares initiative says: "We have been working with and converting youth into conservation craftsmen. They are now converting an agent of destruction (wire snares) into pieces of art beautifully sculpted into lions, giraffes, and other species. The wires, removed from MFNP, are crafted into representations of the exact animals that they previously killed. The community in Pakwach are artisans as part of their cultural history. Thereby, the innovation of the Snares to Wares Initiative was to build upon the inherent artistic skill."

"Making crafts out of wire snares directly stops snaring of wildlife and provides higher incomes to the youths. We have a membership of 324 artisans creating more than 1000 sculptures per month with markets as far as USA generating stable incomes," Says Robert.