Even though naturally perfectly equipped to roam the steep mountains of Central Asia, the snow leopard is facing extinction. Around 7,500 individuals live in the wild, according to the most recent estimates. There is a strong commitment of conservationists to prevent the extinction of the solitary ‘ghost of the mountains’ in Kyrgyzstan, Kazakhstan and Tajikistan, recently catalysed by the IUCN Save Our Species. 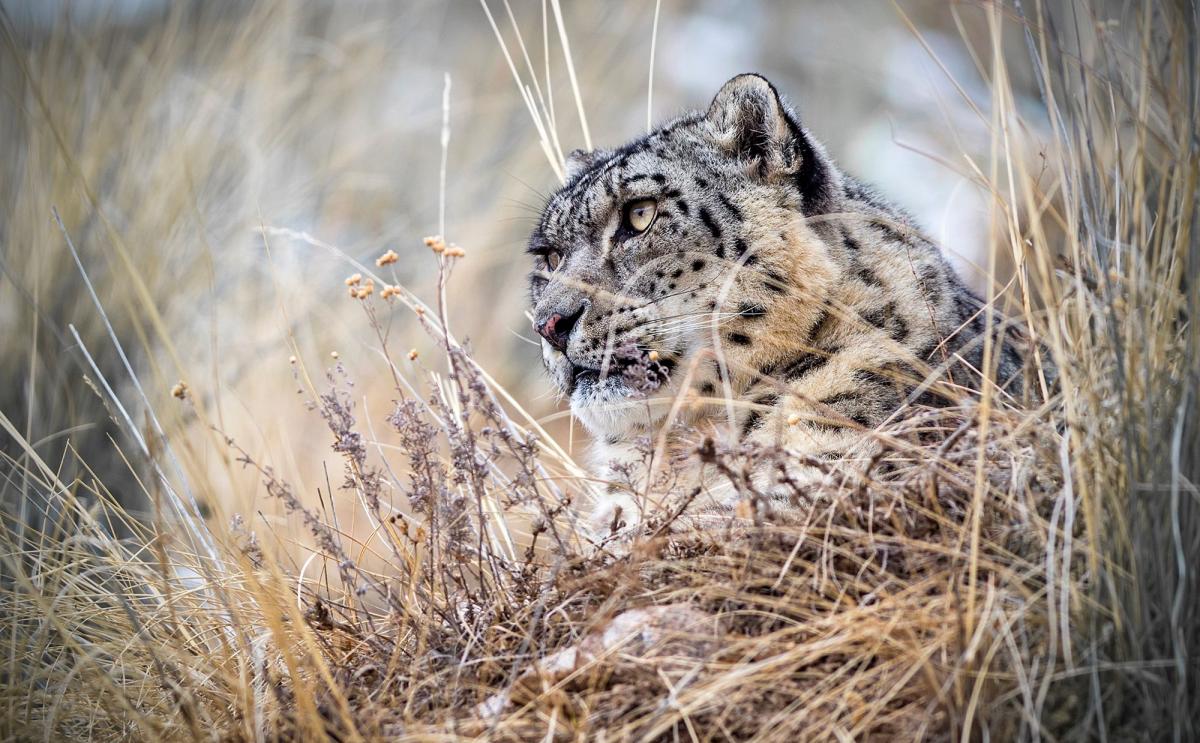 The number of snow leopards in the wild is decreasing mostly due to habitat loss, poaching, and the impacts of climate change. Due to unsustainable forms of hunting, it is losing its main prey – ungulates, such as Siberian Ibex or Argali. At the same time, the human-wildlife conflict is intensifying. Increased community engagement in the conservation of snow leopards might result in an increase in their safety and numbers.

In collaboration with experts from the IUCN Species Survival Commission (SSC) and relaying on most up-to-date information and recommendations, IUCN Save Our Species is addressing priority issues to ensure the survival of threatened species worldwide. In 2019, IUCN ECARO joined the program to launch SOS Central Asia. This project supports the Central Asian Mammals Initiative (CAMI) created by the Convention on Migratory Species (CMS), and in the first phase of implementation, it has mobilised funding to support the snow leopard and goitered gazelle conservation action. Snow Leopard Trust, Snow Leopard Conservancy and Wildlife Without Borders (WWB) have initiated snow leopard conservation projects with this new funding opportunity.

By building partnerships between government and local communities, Snow Leopard Trust works to protect more habitat for this cat in the form of co-managed wildlife conservancies in Kyrgyzstan. They will help communities understand the importance of snow leopard conservation, and offer economic and livelihood improvements as well as buffers against livestock predation, serving as a model that could be scaled-up regionally.

The mountains of Kyrgyzstan are at the heart of the snow leopard range, connecting its north populations in Russia and Kazakhstan with the southern ones in Pakistan and China. It serves as a crucially important corridor, hosting around 200 cats. 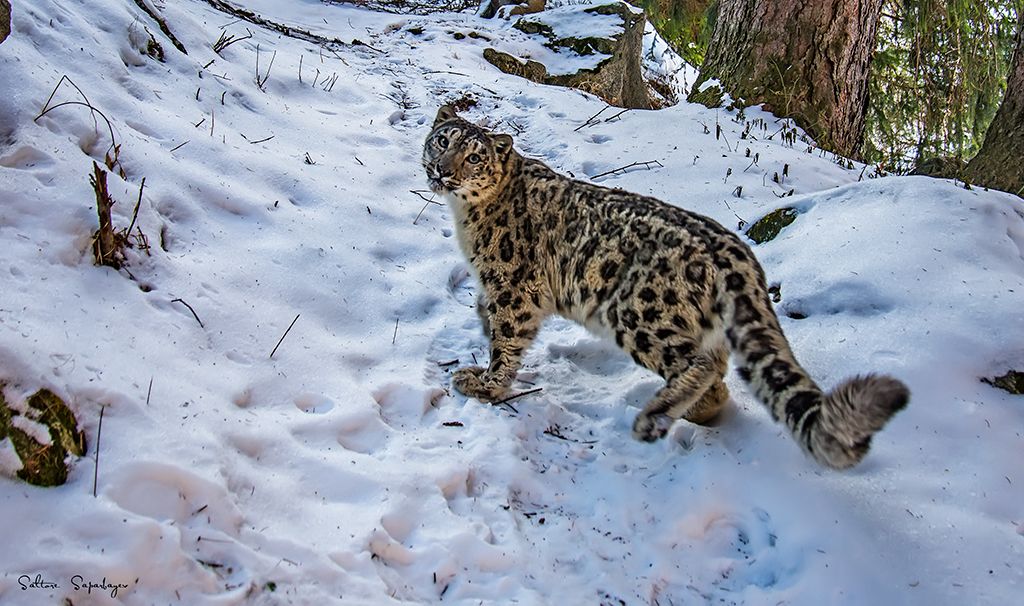 Traditionally, indigenous peoples saw the snow leopard as a sacred animal, the protector of the mountains, unifying force and source of spiritual power. By reviving these cultural practices, Snow Leopard Conservancy is working to integrate traditional knowledge and indigenous conservation in conservation action, involving the national coordinators of the established transboundary programme the Land of the Snow Leopard Network, in Kyrgyzstan and Tajikistan. Greater respect for this species and awareness should lead to improved conditions for these threatened cats, along with social, economic, and ecological benefits to humans.

In Kazakhstan, snow leopards practically live within the borders of its largest city, Almaty. Therefore, the survival of most of the Kazakhstani population, estimated at 150 individuals, largely depends on its citizens. Almaty’s growing population and infrastructure development are encroaching on this cat’s habitat. To help address this issue, experts will conduct new research on the snow leopard’s lifestyle in the context of urbanization. “Our goal is to create a positive-minded society supportive of preserving the living symbol of our city,” announces Alexei Grachev, Institute of Zoology of Kazakhstan/WWB. “We need to align the inevitable urbanization processes with the needs of this iconic species and the ecosystem as a whole.”

Financial support for the coordinated conservation work across snow leopard’s natural habitats was mobilised through the SOS Central Asia initiative and sums up to 220,000 eur over around 18 months. Learn more about the IUCN Save Our Species snow leopard conservation activities in Kazakhstan, Kyrgyzstan, and Tajikistan. 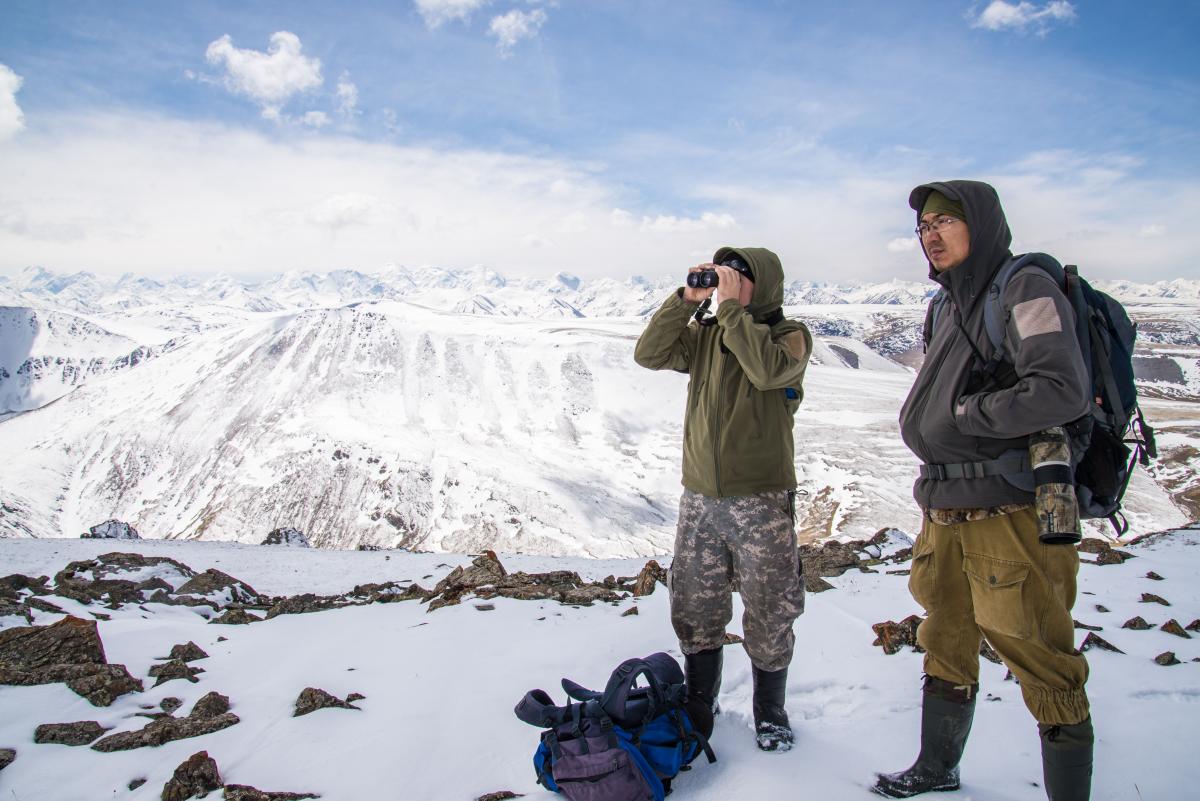