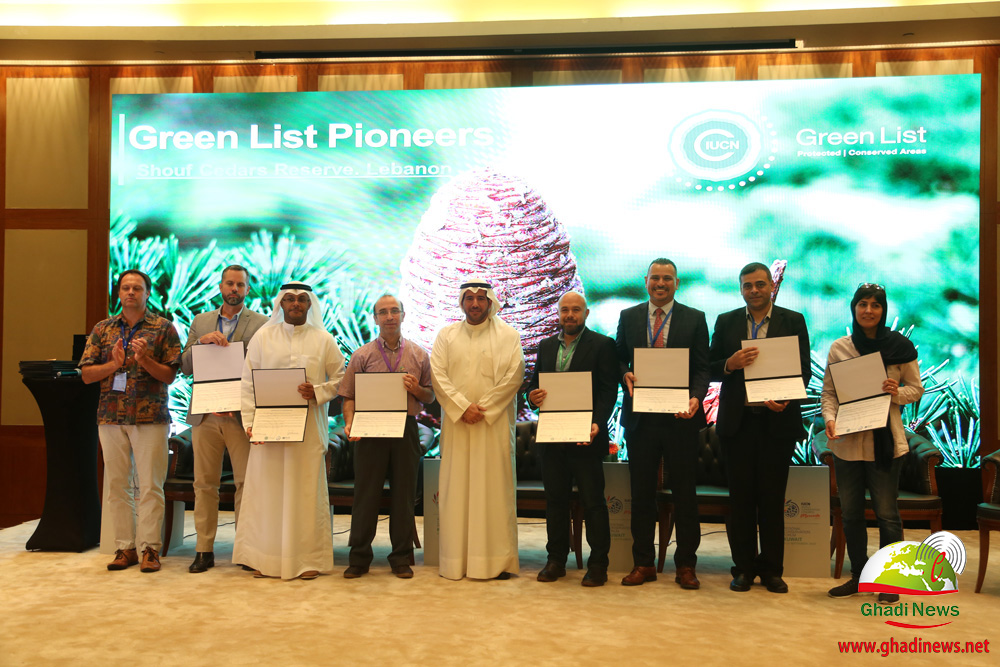 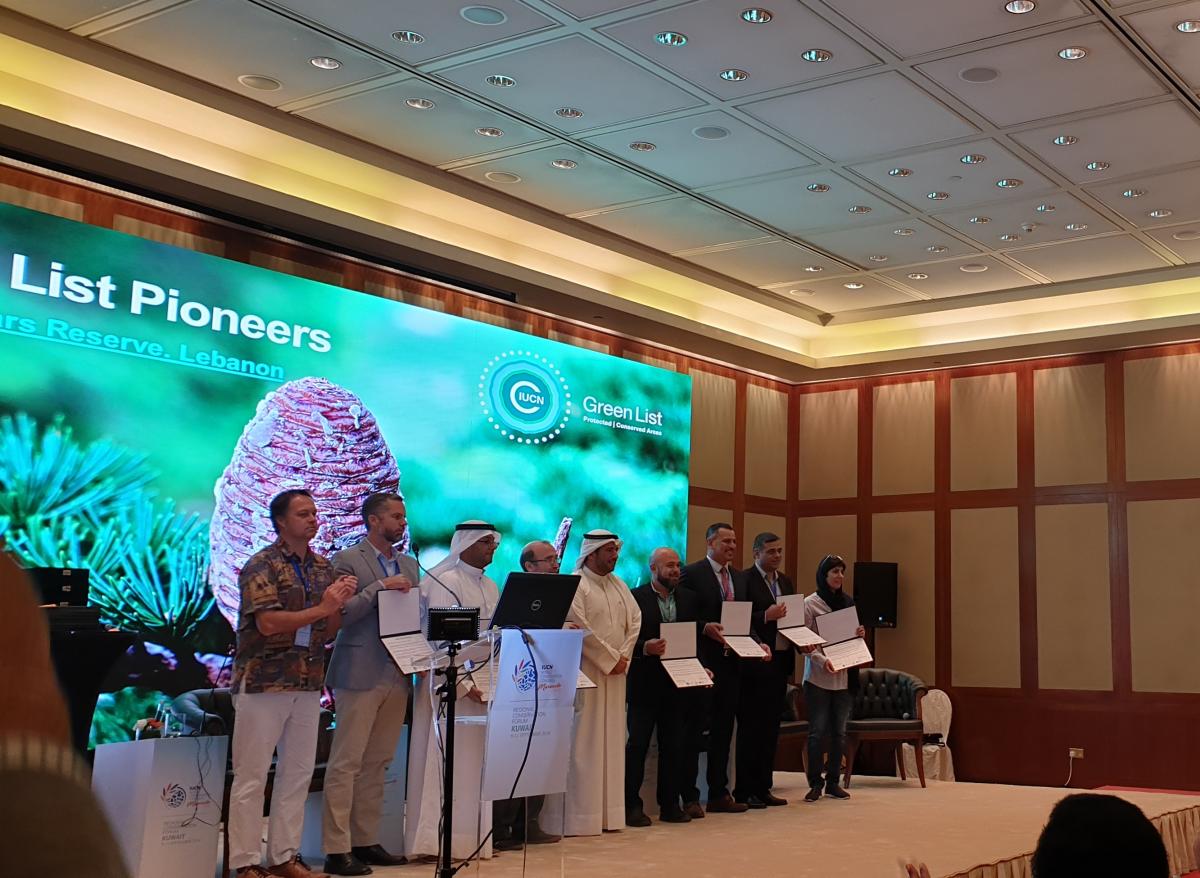 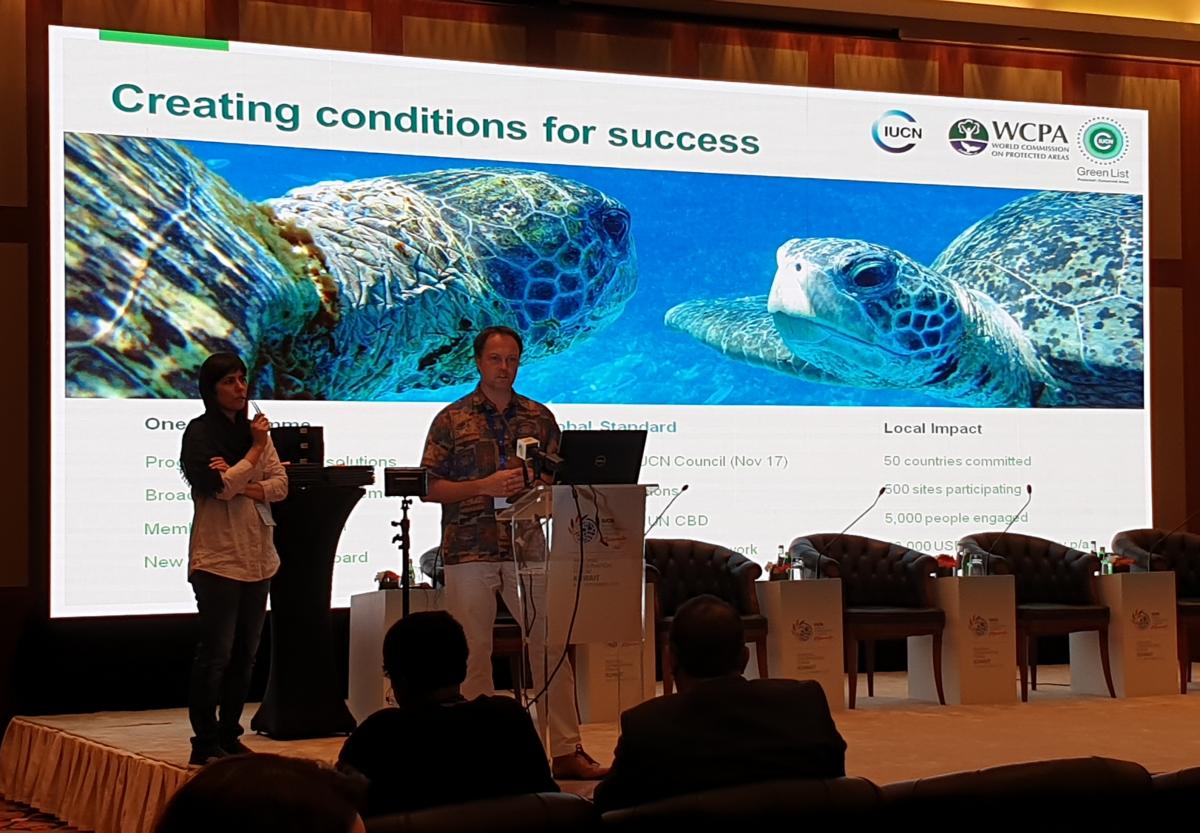 On the second day of this three-day event, the team took centre stage with the help of a member of the Middle East and West Asia (MEWA) Expert Assessment Group (EAGL) to present The Green List initiative and standard as well as results in the region. The fun part came afterwards with the awards ceremony. Awards were given to certified sites in the region. Newly committed sites were welcomed and the hard efforts of the MEWA EAGL were acknowledged by rewarding them with certificates of participation.

We had the pleasure of welcoming Al- Jahraa, a site in Kuwait, which committed to the Green List on the same day, showing the rising interest in the Green List and potential in the region. The ceremony was a moving moment for the awarded and certified, which has garnered a wave of optimism and enthusiasm from RCF participants.

Indeed, if we were to talk about the Green List we immediately notice how its optimistic approach complements the sense of urgency we get from the IUCN Red List of Threatened Species™ by acknowledging and promoting successful conservation outcomes.

Expanding the team's activities further, the team also met with IUCN ROWA Members and a representative from Tilad, an environmental consultancy in Saudi Arabia, in an inception meeting to discuss the Bird Observatory Project in Yanbu objectives, deliverables and timeline over the next year.

The Green List team further explored the growing interest in the region in the Green List through an Orientation Session with the Kuwait Environmental Protection Authority the day after the RCF. The half-day orientation was quite fruitful with active and dynamic participation from attendees, rich discussions around opportunities and possible challenges. The session ended on a positive note with two other potential applicant sites to the Green List from other governmental departments.

It was undeniably the perfect opportunity for IUCN team to present The Green List, promote it and showcase its results and success stories in the region. And with this much activity and potential in the region, we look forward with great enthusiasm to future progress in conservation and the role the Green List will play in it.

The IUCN, Regional Office for West Asia (ROWA) and the Environment Public Authority in Kuwait organised the IUCN ROWA 09th Regional Conservation Forum, which took place in Kuwait 09 to 11 September 2019. 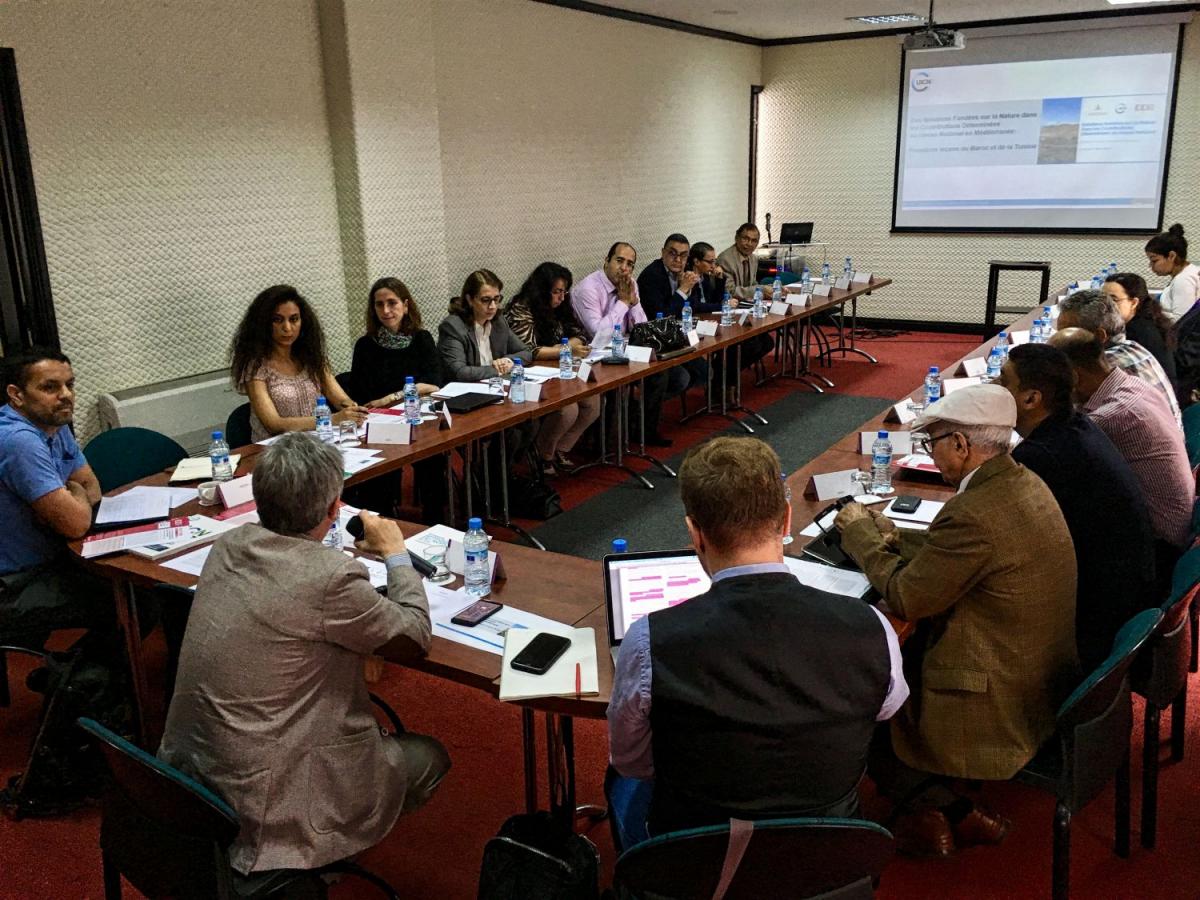 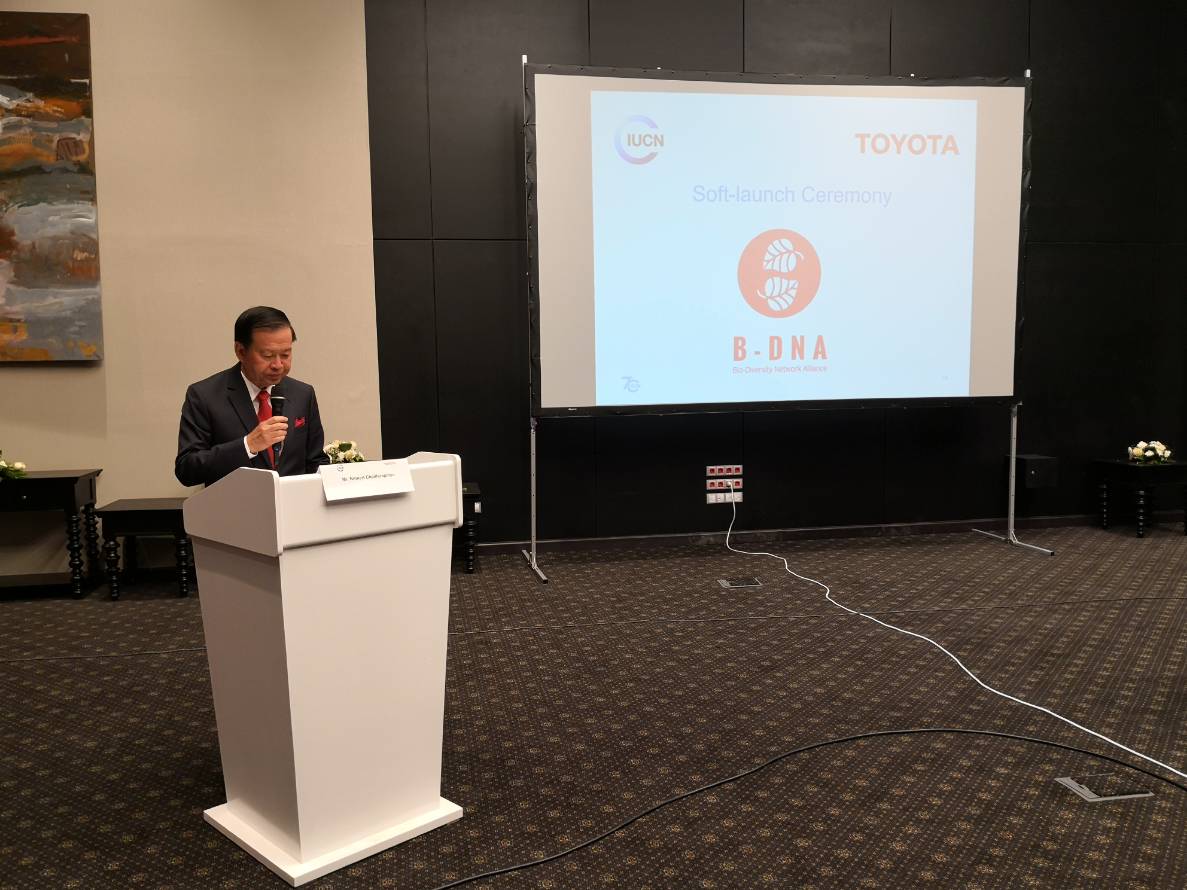 Sharm El-Sheikh, Egypt, 20 November 2018 —  Businesses have an important role to play in… 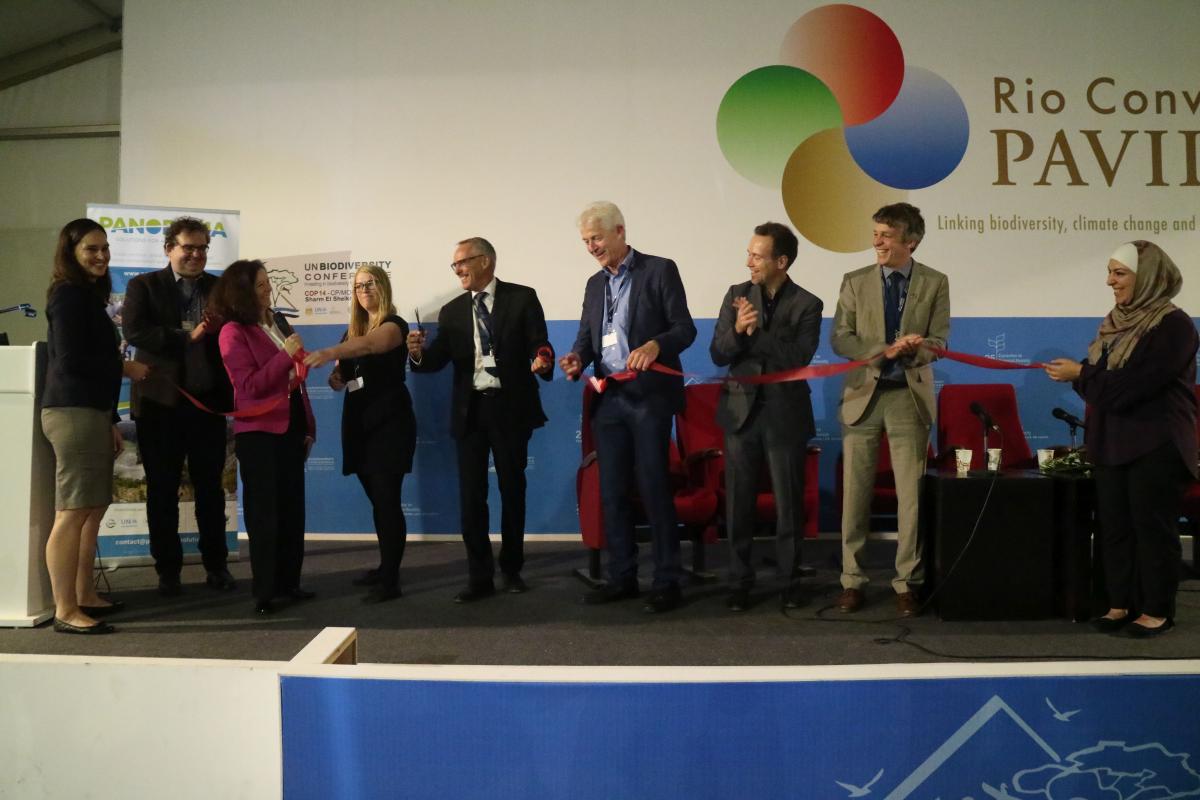