The Supreme Court of Colombia (Corte Suprema de Justicia, Sala de Casación Civil) has issued a decision recognizing the Amazon River ecosystem as a subject of rights and beneficiary of protection. 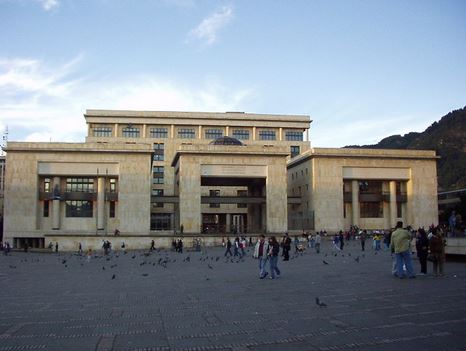 The Supreme Court of Colombia, in its opinion on 5 April 2018, issued a pathbreaking decision for environmental law, human rights, and the rights of nature. A group of 25 young people, aged 7 to 25, brought the lawsuit against the President of Colombia, national-level ministries and agencies, and local governments. In the case, the young plaintiffs alleged that the government violated their rights—to life, to health, and to enjoy a healthy environment—by failing to control deforestation in the Amazon region, which contributes to environmental degradation and climate change.

The case has made headlines around the world for its recognition of legal rights of the Amazon River ecosystem—a significant step in advancing the rights of nature. The Court declared that, “for the sake of protecting this vital ecosystem for the future of the planet,” it would “recognize the Colombian Amazon as an entity, subject of rights, and beneficiary of the protection, conservation, maintenance and restoration” that national and local governments are obligated to provide under Colombia’s Constitution (see p. 45 of the opinion; emphasis added). In this respect, the decision builds on the Colombian Constitutional Court’s judgment in 2016 that granted legal rights to the Rio Atrato, which empties into the Caribbean Sea near the border with Panama.

In order to guarantee the rights of the Amazon Basin, as well as the individual and collective rights of those who brought the case, the Supreme Court crafted a series of remedies. First, within four months of the decision, the President and various ministries and administrative agencies—“with the participation of the plaintiffs, affected communities, and the interested population in general”—must create a series of short-, medium-, and long-term action plans to combat deforestation and the impacts resulting from global climate change (p. 48).

Second, to help in implementing this plan, the Court’s opinion ordered the creation of an “Intergenerational Pact for the Life of the Colombian Amazon” (PIVAC in Spanish) within the next 5 months—also with the “active participation” of the plaintiffs, affected communities, scientific groups, and others (pp. 48-49). Third, municipalities in the Amazon are required to form and begin implementing territorial land use plans.

In addition to this affirmation of rights, the Supreme Court’s decision is remarkable in several other ways: it provides thorough, cogent analysis and application of key principles of environmental law and environmental ethics, including intergenerational equity and the precautionary principle, placing the rights of the Amazon within the context of Colombia’s constitution as well as international law. The Court’s discussion can hopefully serve as a guide for the judiciary in Colombia and elsewhere in how to apply these concepts toward the complex and related problems of deforestation and climate change.

LINKS:
Opinion of the Constitutional Court of Colombia: 5 April 2018