The International Union for Conservation of Nature expresses its strong condemnation and grave concern at reports that UN Special Rapporteur on the Rights of Indigenous Peoples, Victoria Tauli-Corpuz, has been targeted by her Government and tagged as a “terrorist” in retaliation for her stand on indigenous peoples’ rights. 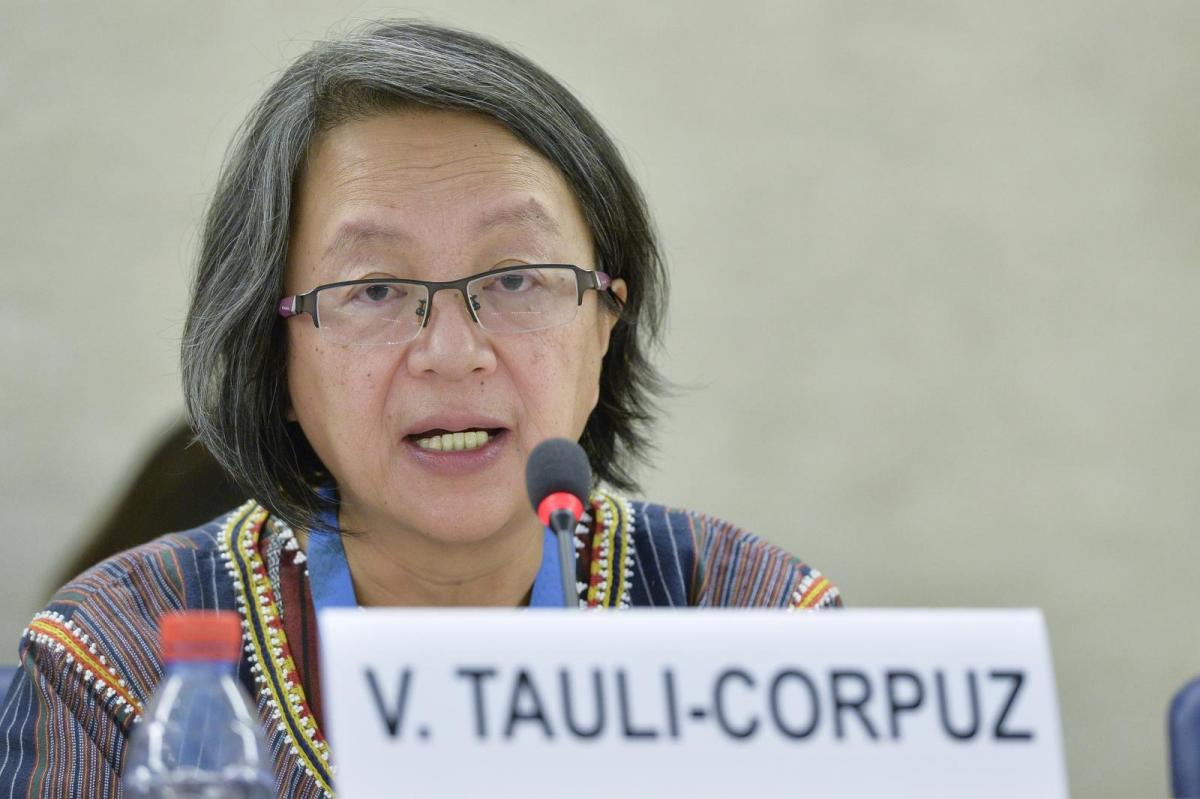 “This is deeply disturbing,” said IUCN Director General Inger Andersen. “We at IUCN are dismayed that the Philippine Government could target a globally respected voice and spokesperson for indigenous peoples’ rights with malicious, unfounded and downright dangerous accusations. We note that the Philippines ratified the Universal Declaration of Human Rights, and call on President Duterte and the broader government authorities to immediately annul this unacceptable action and to issue apologies and regrets to all concerned.”

IUCN notes that this unacceptable accusation against Ms. Tauli-Corpuz comes after her public comments concerning the killing of indigenous Lumad peoples by members of the Philippine armed forces in Mindanao. IUCN condemns this retaliatory measure in the strongest possible manner.

Chair of the IUCN Commission for Environmental, Economic and Social Policy (CEESP), Kristen Walker Painemilla, stated: “On behalf of The Commission for Environmental, Economic and Social Policy and its 1,400 members, I wish to express our strong condemnation and shock at this action by the Philippine Government. The CEESP community of specialists, practitioners, scientists and indigenous leaders stands in solidarity with Ms. Tauli-Corpuz for whom we have only the deepest respect and who has been a tireless defender, on the global stage, of indigenous peoples’ rights.”

IUCN expresses its deep concern regarding the safety and welfare of Ms. Victoria Tauli-Corpuz as well as other environmental and land rights activists similarly tagged as “terrorists”, recalling IUCN resolution 2.37 adopted at the 2000 IUCN World Conservation Congress. The resolution, Support for Environmental Defenders, calls for the Director General to speak out publically and forcefully to discourage harassment or persecution of environmental advocates. >

IUCN wishes to put on record that Ms. Victoria Tauli-Corpuz is a highly respected and internationally known defender of the rights of indigenous peoples on the global stage, bringing critical issues pertaining to indigenous peoples rights to the fore, often in the context of land and environmental rights. In her long and distinguished history as a human rights activist Ms. Tauli-Corpuz has always been considered and measured in her advocacy and has been unequivocal in championing change and the recognition of minority rights by peaceful and inclusive means. IUCN stresses that any targeting of Ms. Tauli-Corpuz due to her statements in defense of those less powerful than her are totally unacceptable.