Garbage In, Garbage Out: Waste management in the Maldives

As a child, Firushan would often go to the beach to play. Back then, the beach used to be covered in leaves that were swept there from the streets. 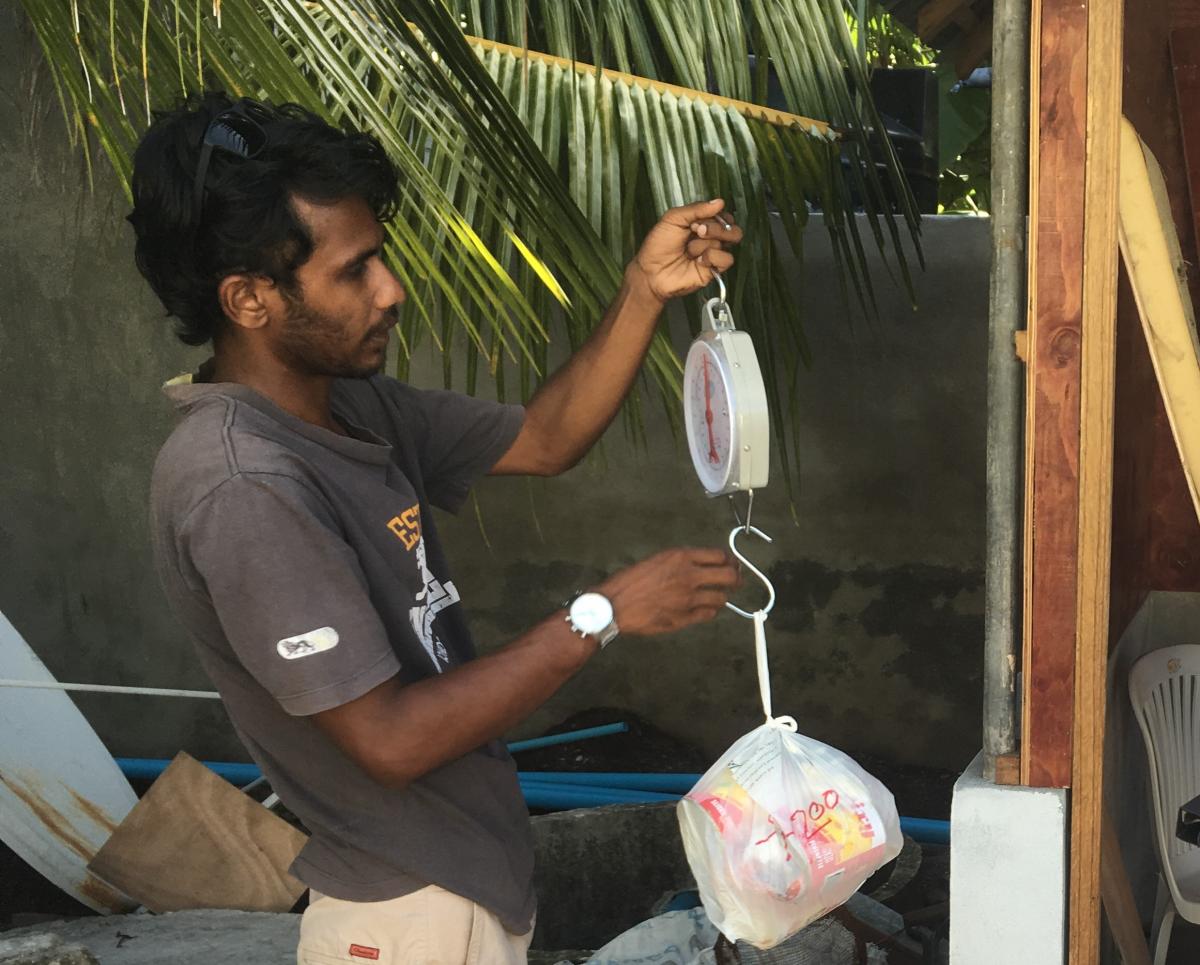 Photo: Firushan is actively involved in the waste audit in Hoandedhoo to determine the composition of waste in the area. © Hoandedho 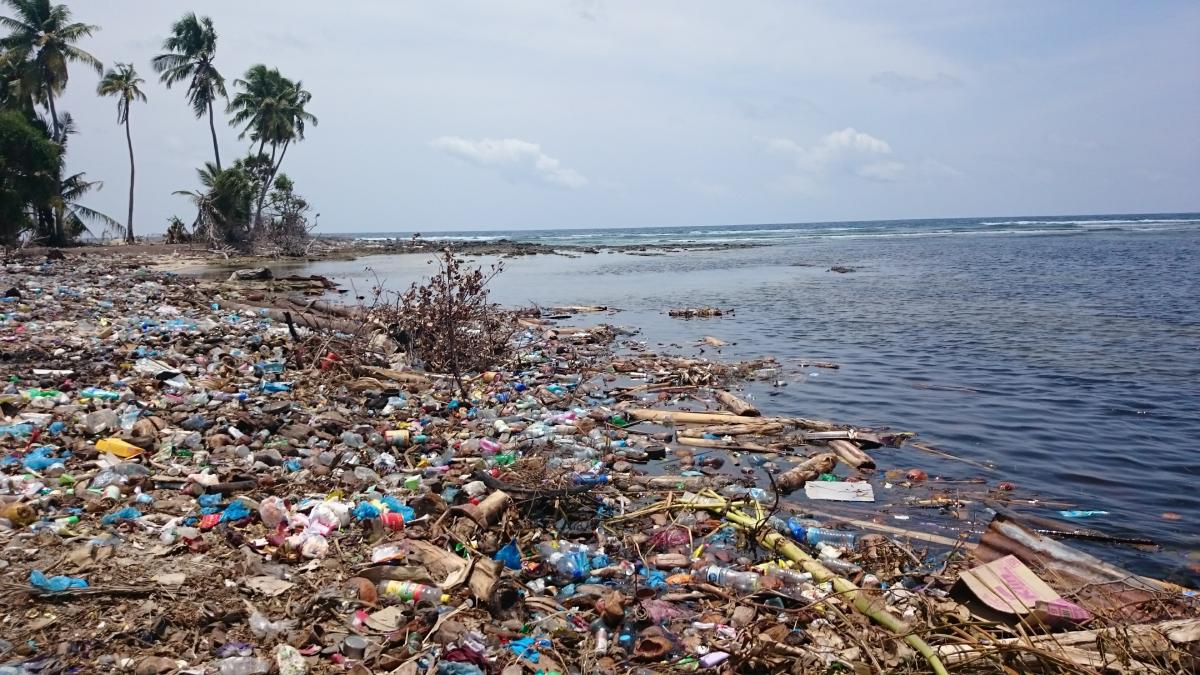 “The sand, the sea and the leaves made everything look beautiful and natural,” recalls Firushan.

As Firushan got older, he noticed that items like empty water and soft drink bottles, food wrappers, tin cans and glass jars started appearing on the beach, along with the leaves. Unlike the leaves though, these items didn’t disappear.

“All this waste accumulated over time and ruined the beauty of the beach”, added Firushan.
With no proper waste management systems in place in Hoandedhoo, household garbage was dumped along the coast in remote areas, choking the waterways of the island, and suffocating the beaches. The waste also contaminates the shallow ground water, which is a critical source of water for people who live on the island.

Waste was not an issue in the Maldives until very recently. Up until the mid-80s, most household garbage was organic and would decompose when discarded. However, with an increase in the production and consumption of single-use products like plastic materials, this was no longer the case.

A plastic bottle, for example, can take more than 450 years to decompose. Comprising many small islands, tackling waste management in the Maldives can be particularly challenging. Every island and its communities would have to tackle waste their own way.

Whilst serving as a member of the Hoandehdhoo Island Council, Firushan’s extensive research on waste revealed that dealing with the waste management issue in the Maldives required more than the right infrastructure and equipment.

As part of his research, Firushan looked into how Faresmathoda Island acquired the ‘National Best Practice Example’ award for their waste management efforts, implemented through a Mangroves for the Future (MFF) project. Firushan realised that a series of behavioral change activities needed to be implemented to sustain an effective waste management system.

Firushan also realised there was a need to establish waste governance within the island council through the introduction of a waste collection system to which every household had to contribute.

After conceptualizing a waste management project, Firushan and his NGO secured funding for it under the MFF Small Grant initiative. Shortly after, they began holding consultations with local communities and Island Councils to develop a participatory plan for the management of waste in the two islands. A door-to-door campaign was also held, with the aim of educating communities about the waste management issue and informing them that they can be a part of the solution.

HIDS also held town hall meetings to spread awareness about the need for effective waste management. Additionally, training workshops were held to teach people about the importance of separating different types of waste.

Recognising the importance of strong local leadership, HIDS also worked with the Island Council to set up a committee, comprising local community representatives, that is responsible for establishing a waste management system for the island.

The committee advised that waste collection bins be provided to all 155 households in Nadella, and 20 dustbins be placed in public areas of Hondedhoo and Nadella islands and waste transfer vehicles to be provided to both islands. Through the MFF grant project these were purchased and handed over to Hoandedhoo and Nadella Island councils and households to start up segregation and transportation of segregated waste to a new government-built waste management center in Nadella. Composting trainings were also held for local council staff.

“We are already seeing a positive change in the attitudes of people towards the issue. Many households are now segregating their waste by applying what they have learned in the workshops,” said Shamadh Azeez, Vice President of Nadella Council.

By the time HIDS wraps up the project in mid-2018, Firushan and his team hope to see a fully functional waste management system in Nadella and Hoandedhoo.
“When the systems become functional on both the islands, the communities will really appreciate that their garbage is collected from their door steps every day and taken to waste management centres. Biodegradables will be composted while the non-biodegradables will be sold to recyclers. We will have a holistic waste management solution whereby the local council systematically collects and manages waste for a small fee,” says Firushan optimistically.