A first step towards sponges conservation in the Mediterranean

More than 300 experts attended the 10th World Sponge Conference held in the National University of Ireland, Galway from June 25th-30th to discuss the main areas in which sponge biology is developing at present, as well as traditional research categories. 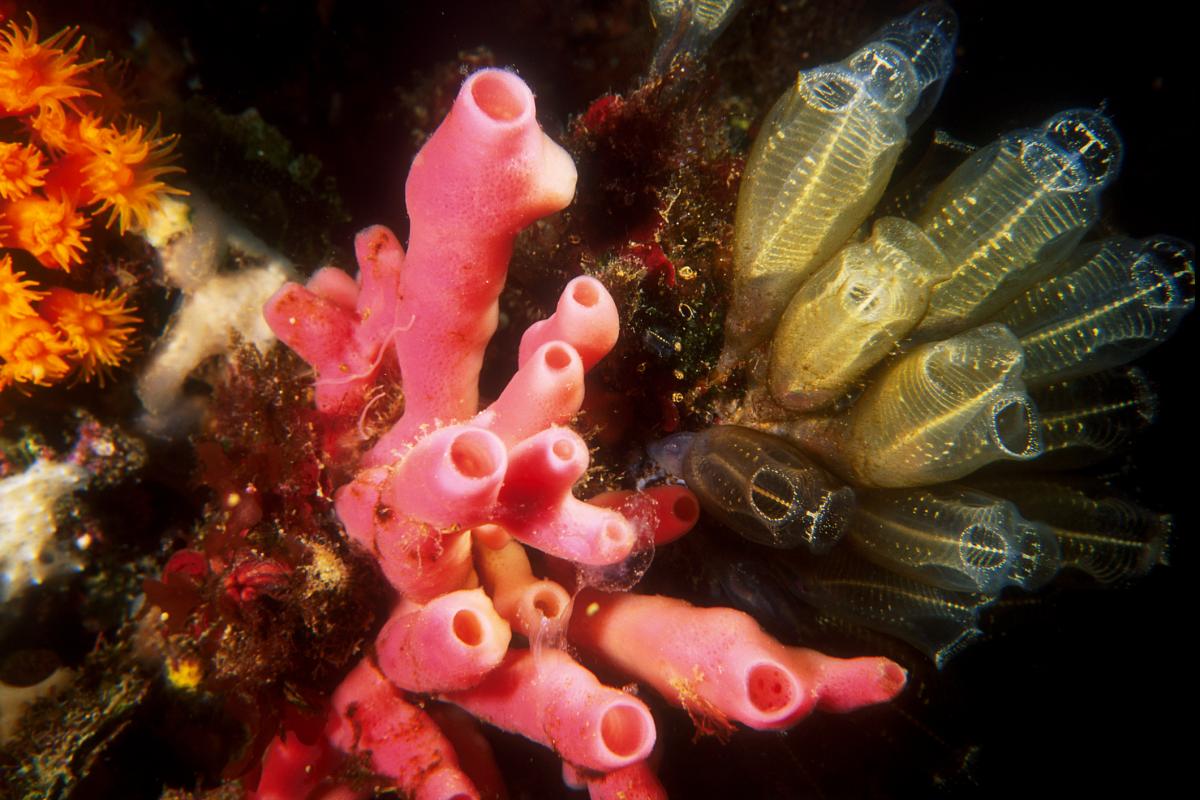 This Conference, hosted every 3 to 4 years, brought together international scientists from all over the globe to present their latest research findings and to network with colleagues. Through this influential event and given the importance of sponges for the conservation of Mediterranean biodiversity, the IUCN Centre for Mediterranean Cooperation held a side event directed to scientists interested to participate in the IUCN Red List assessment of Mediterranean Porifera in order to form a group of experts that will set up the basis and define the scope of this future assessment.

Sponges are one of the major components of littoral ecosystems and play an important role structuring habitats in deep waters. Additionally, the morphology and structure of many species within this taxonomic group allows the creation of microhabitats that host a rich and diverse community of marine fauna and flora. About 8000 species are currently described worldwide and approximately 700 occur in the Mediterranean.

The Mediterranean sponge fauna is characterized by high level of endemism, rare or restricted distributed species, and species that have suffered important regressions mostly due to epidemic diseases and overharvesting. Under these circumstances, it is key to understand their present status and prioritize the species in need to be included in adequate management plans for their conservation.

About the Mediterranean Red List initiative: With the aim to provide information about the conservation status of the Mediterranean biodiversity, the IUCN Centre for Mediterranean Cooperation in collaboration with hundreds of experts have assessed the risk of extinction of more than 4000 species of 19 taxonomic groups from freshwater, marine and terrestrial environments in the last 10 years.