Growing support for regulating international trade in rays and sharks

Governments from around the world took solid steps toward ray and shark conservation at the 17th Conference of the Parties to the Convention on International Trade in Endangered Species (CITES) in Johannesburg, South Africa when they included commercially fished shark and ray species on CITES Appendix II, which limits trade in the species through permits to ensure their sustainability. 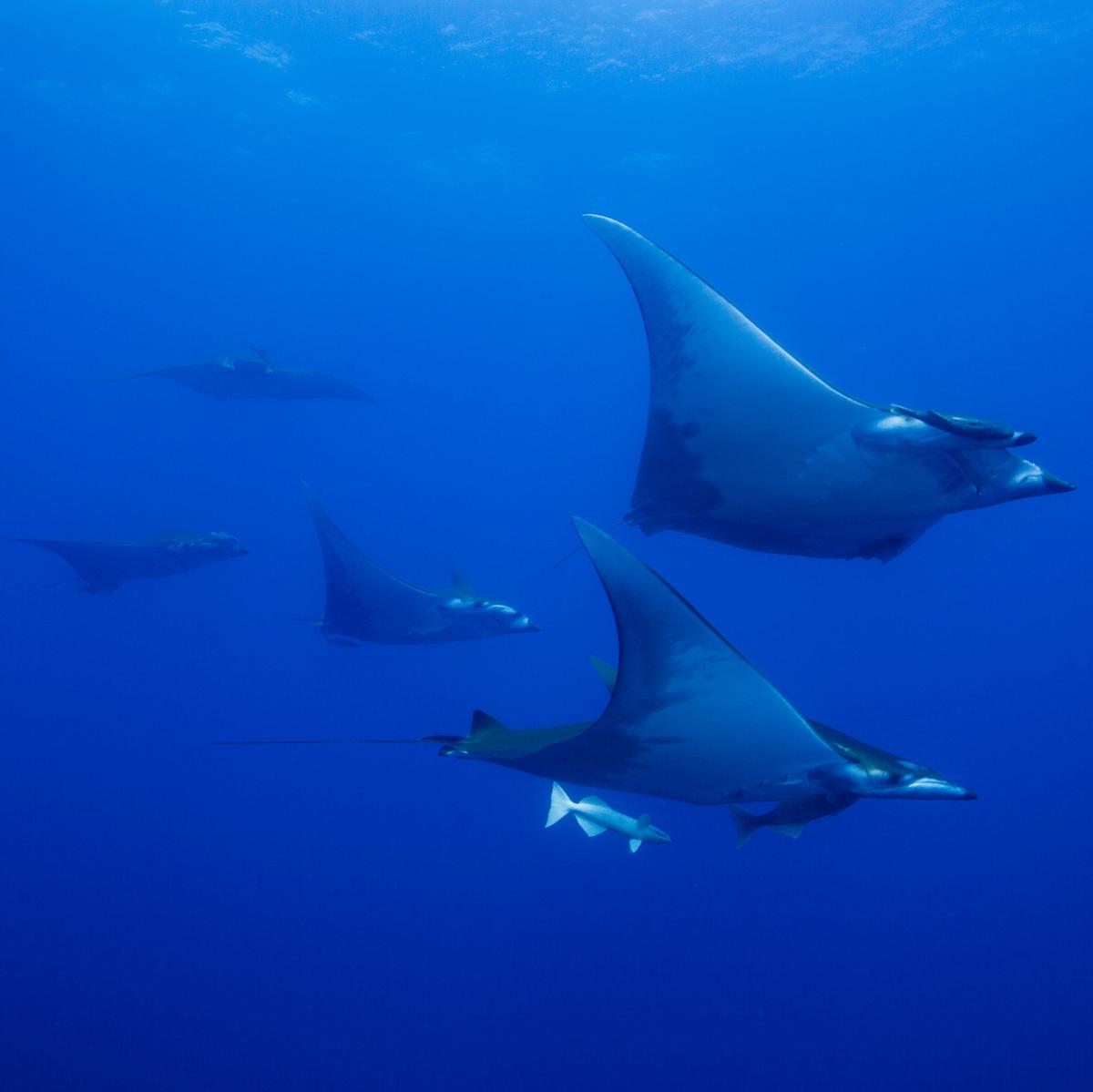 IUCN’s role as an inter-governmental observer organisation to the convention is to provide data and information from the IUCN Red List and the expertise of its 11,000 scientists.

After the historic listing of seven commercially valuable sharks and rays on CITES Appendix II in 2013, which ensures that parts can only be traded if they are documented to be legally and sustainably sourced, there was apprehension that additional listings for related species might overburden many countries and reduce support for such proposals. These concerns were swept away when, this week, Parties voted to list all nine devil rays (Mobula species), the three thresher sharks, and the silky shark on Appendix II. A two-thirds majority was needed to secure listing, but the silky shark and thresher shark proposals were adopted with support from 79% of Parties voting. The mobula rays passed with 85% of the vote.

In the run-up to the CoP17 conference, the specialist group worked hard to bring together partners and coordinate efforts through the development of a conservation strategy for devil and manta rays. The IUCN SSG recently completed Red List assessments classifying the Chilean devil ray (Mobula tarapacana) and bentfin devil ray (M. thurstoni) as Vulnerable and Near Threatened, respectively. Subsequent work published by members of the specialist group demonstrated that devil rays are among the species of rays and sharks least resilient to fishing pressure.

“Conservationists, scientists, and governments have been working with nations across the globe to build the capacity necessary to implement the 2013 CITES shark listings,” said Professor Colin Simpfendorfer, Co-Chair of the IUCN Shark Specialist Group.  “We will continue these important efforts with the listing of 13 additional species.”

“While the new listings are important, we need to ensure adequate consideration for other highly traded, but overlooked species, such as guitarfishes and small sharks, that would also benefit from CITES protection,” said Sonja Fordham, Deputy Chair of IUCN SSG. “At the same time, we must continue to encourage the complementary domestic fishing limits that are essential for sustainability, as CITES alone will not save sharks.”

The specialist group continues to provide technical analysis of the status of ray and shark species through the Red List Assessment process to identify species for which conservation action is required.