Kenya’s traditional, Indigenous practices sustainably managed fisheries for generations, but many were abandoned as colonial and commercial pressures came to dominate the legal system. Business, civil society and conservation leaders are gathering at the IUCN Leaders Forum, and the world must learn from Kenya’s coastal communities and bridge the gap between traditional knowledge, law and policy to realise a nature-positive future; writes Ledama Masidza of Oceans Alive, an IUCN Member organisation. 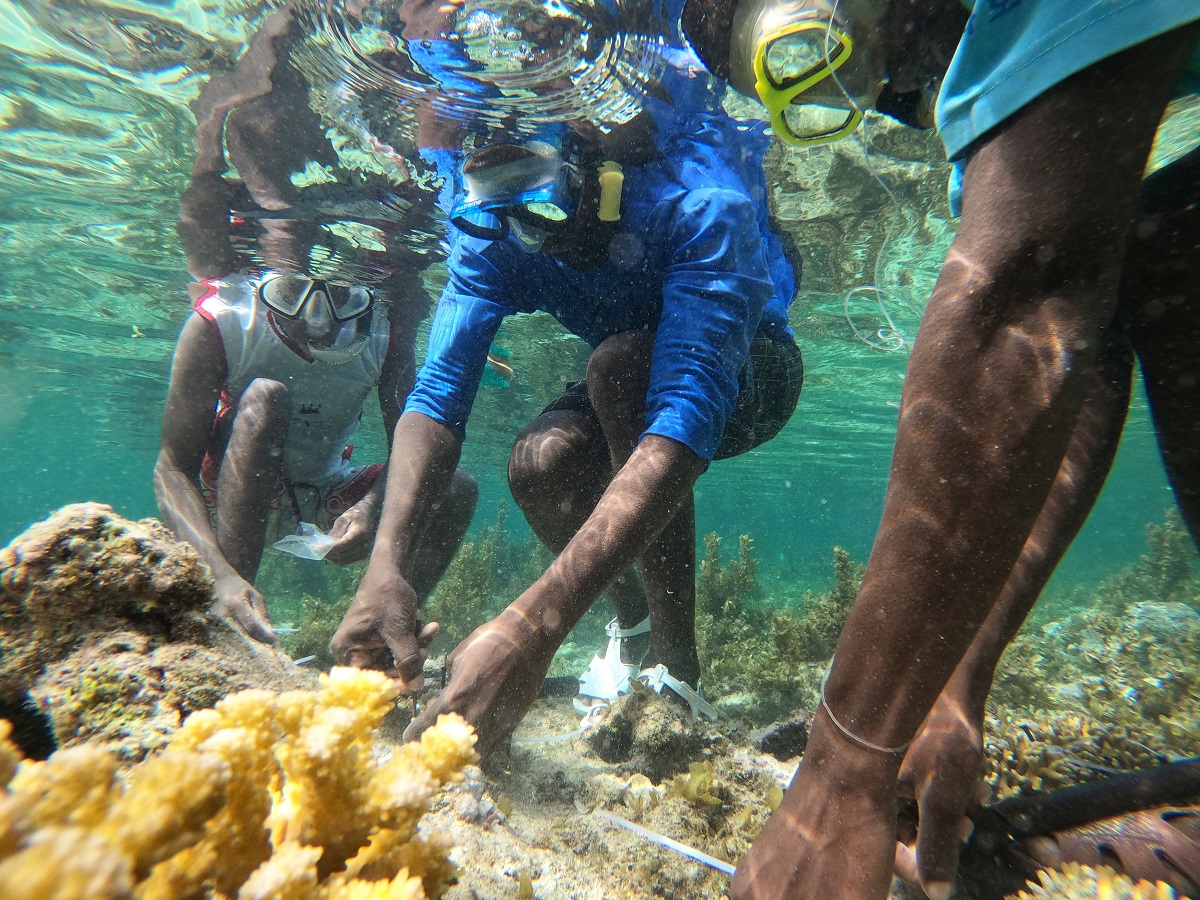 Globally, there has been more focus on the need to include and scale local knowledge and action over the past decade. This ambition was reflected in the CBD Strategic Plan for Biodiversity 2011-2020 under Aichi Target 18, and appears in the draft post-2020 global biodiversity framework in targets 9, 13, 20 and 21, for example. These targets make clear that traditional knowledge and the participation of local communities in natural resources management is a key driver of change, however turning targets into nature-positive reality has proved challenging.

Communities’ traditional knowledge, values and practices are rooted in a history of sustainable use of natural resources, and offer ways to understand and better address socio-ecological challenges. But the sustainable use of nature, especially within food systems, depends on legal ownership and the security of tenure of users’ rights. Many laws, traditional and modern, enshrine sovereignty to the owner of the land, with rights to enforce protection against illegal activities. Community-based management of natural resources, be it of land, wildlife, forests, fish or wetlands, depends on the ability of securing ownership, of establishing secure tenure of the natural environment and of the right to exclude illegal behaviour and poaching.

Turning targets into nature-positive reality has proved challenging, but communities’ traditional knowledge is rooted in a history of sustainable use.

In Kenya, however, the territorial rights to wetlands and water rest with the State, so communities’ claims to ownership can be challenged. Historically, fishing off the Kenyan coast has been traditional, small-scale, and artisanal in nature; conventionally for subsistence with some fish sold or bartered for other food. Ownership of fishing rights was given by the Indigenous, territorial chief, and enforced by village elders. They established rules on when, where and what kind of fishing could take place, protecting critical ecosystems and breeding areas. This traditional system is known as Tengefu.

How it all changed

With globalisation, fishing turned commercial. It was a system that was encouraged by colonialism, first by Arabic and then European settlers. Whereas colonial laws established a legal framework for land tenure and titled land ownership, they failed to establish a system for ‘aquatic land tenure’. This placed fishers’ rights at risk, ignored local customs and did not support the enforcement embedded in traditional laws. Consequently, since independence in the 1960s, the Kenyan Government perpetuated this inherited top-down approach, but lacked the capacity to police sustainable management and use.

The situation in Kenya was compounded by the 10-fold population growth since independence, which meant many people seeking food, livelihoods and economic opportunities entered fisheries. With no knowledge of Indigenous systems, new fishers had little respect for either state or traditional laws.

This free, open access to the inter-tidal fishery resources created a tragedy of the commons. Using illegal, unregulated, unrecorded activities, new fishers damaged the ecosystem, destroyed coral reefs, trampled seagrass beds and overfished. Today more than half of fishers remain unlicensed, have no Indigenous knowledge and consequently do not practise sustainable management or respond to the authority of the elders.

What has traditionally been done

In some communities, like Kuruwitu on the Kenyan coast, the elders and local residents got together in 2003 and formed the Kuruwitu Conservation and Welfare Community-Based Organisation (KCW-CBO). They set aside a 30-hectare pilot Community Conservation Area (CCA) known as a closed area or no-take zone, or Tengefu.

This solution has delivered remarkable results; studies reveal a 400% rise in biomass, 30% reef recovery and 17% seagrass regrowth in the CCA. The outcome gave rise to new income streams from the resultant eco-tourism, with the diversification in income generation supporting community welfare. This traditional concept was copied by 30 other communities in Kenya, but all faced the challenges of not being formally recognised under the law of the land.

The emergence in Kenya in 2007 of the Beach Management Unit (BMU) Regulations established the intention to formalise the rights of traditional fishing communities. Under this law, some 79 BMUs along the 680 km coastline were established to manage the 200,000 km2 fishery. However, the law was still favouring a top-down approach biased to commercial operators. As this initial law was not working, the Kenyan Constitution of 2010 firmly established the rights of traditional ownership of community land, and devolved governance to the county government. The Constitution does not specify rules on ‘aquatic land’, but it does recognise participatory management by traditional hunter-gatherers and it offers rights to terrestrial and ancestral land, wildlife and forests. 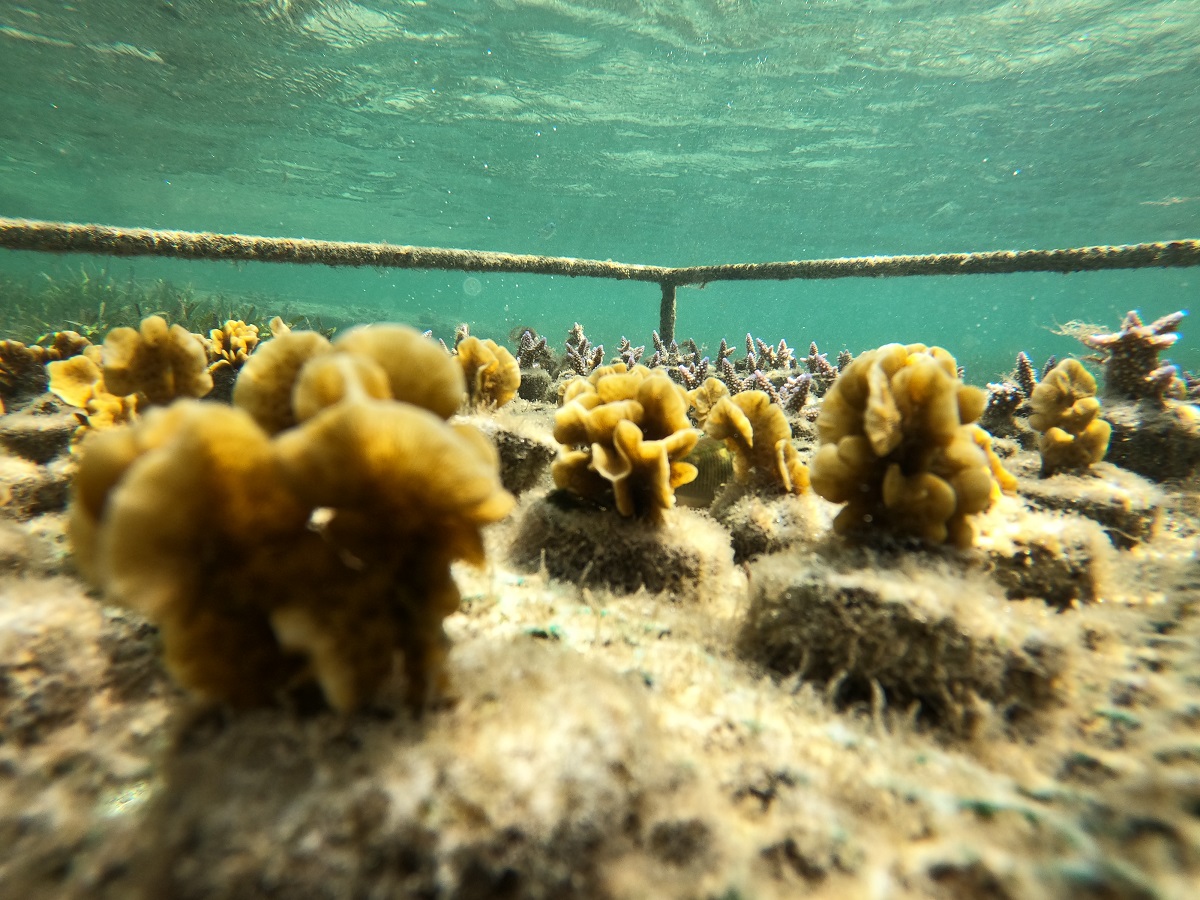 Whereas rights to ‘aquatic land’ and resources were not specifically singled out, the Constitution did emphasise that uses of natural resources are to be participatory, to benefit people and be sustainably managed for future generations. The Constitution assigns functions and powers to the county government to develop nature-based use policies and to ensure the engagement of communities in co-governance. The Fisheries Act of 2016, took this up and fully devolved fish resources management to the county government. This established Co-Managed Areas (CMA), which are to be co-managed by communities in partnership with the county government.

The voice of local stakeholders allows goals and targets to be based on grounded realities. We must bridge the gap between traditional knowledge and policy.

Oceans Alive founding members and KCW-CBO, with over 20 years’ experience in the traditional Tengefu solution to fishery management, saw the potential in the harmony that comes from legal recognition of such traditional laws. We established a 12,000-hectare CMA based on Tengefu and, in the process, piloted and developed the tools to blend traditional and modern regulations. CMA serve as “living classrooms'', as models for replication and places to train others in these conservation techniques. For example, we are helping the Government of Kilifi County apply Tengefu to contribute to the 30 by 30 target. With increased recognition of the blue economy and the economic gains to be made from it, more countries and communities will face challenges similar to those of Kenya’s coastal peoples.

Perhaps Tengefu can provide solutions for others too. 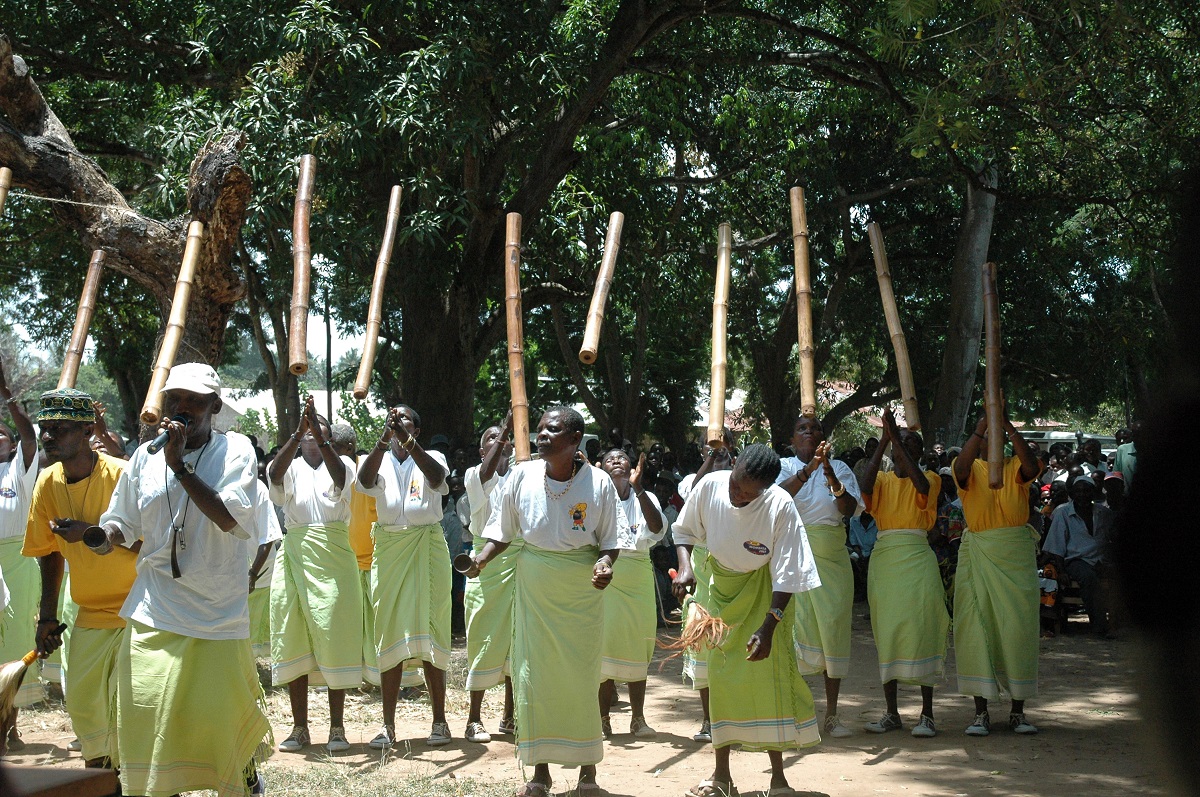 It is important to strive towards processes and policies that are more harmonious and considerate of local knowledge and traditional practices. The voice of local stakeholders allows goals and targets to be based on grounded realities. An idea to change the world can come from any corner of the globe, but the idea cannot become a solution if the voice that speaks it is ignored because of location, contextual understanding or governance structures. I will soon attend the first IUCN Leaders Forum, where I hope political and private sector leaders will listen to all our voices. We must strive to bridge the gap between traditional knowledge and legal policy to realise a people-conscious, nature-positive future.

The author wishes to thank John Dominic Balarin for his expertise and support preparing this blog.