The time is now for natural sponges

The catastrophic European floods in July 2021 demonstrated the urgent need to deploy landscape level nature-based solutions that make people and property safer. Solutions, such as the “natural sponge” concept, which involves restoring the absorptive capacity of soils in Europe’s upper valley have to be recognised, designed, and applied.

Jane Madgwick BSc MSc is an ecologist and author with 30 years’ experience of working internationally on the science, policy and practice of wetlands and water management. Previously Jane worked for WWF in Europe and Australia. Since 2004, she has been CEO of Wetlands International, an IUCN Member organisation, leading a network of 20 offices operating in over 100 countries. This global team works to mobilise the conservation and restoration of rivers and lakes, peatlands, deltas and coasts. The long-term aim is to transform whole landscapes and sectors, enabling joined up ecological and social resilience. Jane is prominent in building partnerships and global dialogues to this end. 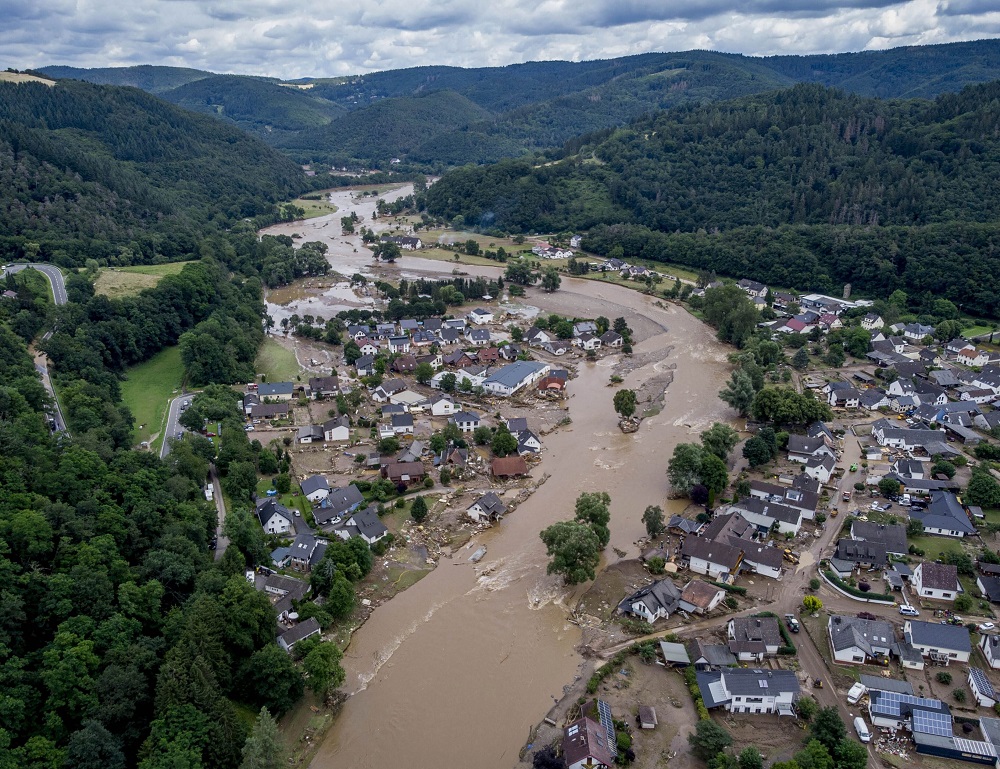 The time to embrace the potential of natural sponges and scale up the investment in nature-based solutions for people and the environment is now; writes Jane Madgwick, CEO of Wetlands International, an IUCN Member organisation.

On 14 and 15 July 2021, rivers and streams in the Eifel and Ardennes mountains of western Germany were swollen by extreme rainfall. The results were catastrophic. More than 200 people died in Germany and Belgium, making it the deadliest European flood in decades and 10th-deadliest in the past 100 years. Economic damage will be many billions of euros.

However, this flood is not an isolated event, it is part of a global increase of extreme weather events, the impact of which will become more frequent in the years to come due to altered landscapes.

The remarkable thing about the recent European flooding is the degree to which the worst devastation occurred in smaller river valleys in Germany, rather than further downstream in main river corridors such as the Rhine; which was hardly affected according to the International Commission for the Protection of the Rhine (ICPR).

Within the international Rhine river basin, the German Middle Mountains normally receive relatively large amounts of precipitation and have an important role in generating flood peaks in the middle and lower sections of the Rhine, particularly in Germany and the Netherlands. Historically, efforts to improve flood alleviation are common along major European rivers such as the Rhine. But upstream in the smaller branches? These areas have not received much attention – until now.

This disaster suggests that the focus on flood alleviation needs to urgently extend to bring in measures that slow river discharges and reduce flood peaks in the smaller tributaries of major European rivers. One of our initiatives on “natural sponges”, which reverse the impacts of drainage, shows promise as an effective nature-based solution.

During the July rainfall event major flooding occurred on the upper tributaries of the Kyll River, that usually have gentle summer flows, resulting in peak discharges that no one thought possible. Hundreds of towns in Germany were hard hit as similar flooding occurred in smaller rivers over a wide area. Wetlands International is familiar with the upper Kyll River as it is the focus of ongoing research on flood management with WWF Netherlands and Bureau Stroming.

A drained valley in an upstream area; drainage channels speed up flows of water downstream

The unusual intensity of the rain falling over such a short period of time contributed to the severity of the flooding, but the landscape also provides clues about why this happened. In this region, large-scale drainage for agriculture has taken place on the sloping hills and upstream valleys that discharge their water into the Kyll. Consequently, water flows off the land faster than ever before, causing higher flood peaks.

The condition of upstream land areas contributed disproportionately to the peak discharges downstream.

The natural sponge concept is a Natural Water Retention Measure that involves restoring the absorptive capacity of soils in upper valleys, such as those found in the German Middle Mountains. Natural sponges are wetlands that capture water at an early stage and delay the runoff, slowing down the flow of water before it reaches (or transforms into) a stream. In these upstream valleys, this can be achieved by relatively simple measures: blocking and removing drainage channels to create wetlands. When rainfall exceeds the infiltration capacity of the soil, flows will still be slowed down by natural vegetation in comparison with fast-flowing drainage channels.

While it is impossible to eliminate all the risks posed by extreme rainfall, we know natural sponges work and can contribute to reducing flood peaks. Our modelling shows a 20-30% reduction of peak discharges in the uppermost section of the Kyll River when 38% of the available sponge sites are restored. Extrapolating this further downstream to the Mosel River shows an 11% reduction. This is a conservative estimate, with the intention to understate rather than overstate the reductions, given that this modelling had limitations in knowing exact soil conditions.

To date, the implementation of natural sponges in upstream floodplains has lacked attention and investment. Sponge restoration measures have been absent from the latest government plans for priority-setting and investment such as River Basin Management Plans – where flood management proposals in the German Rhine were judged as “poor” in an NGO analysis of ambitions for the next five years. At the adoption of the ICPR’s Rhine 2040 programme in 2020, German NGOs presented a prescient critique of the need for more ambition and urgency in addressing flood risks with nature-based solutions, including sponges.

July’s floods in Germany should be a call to action. Extreme flood events are already here and likely to become more frequent; a recent study found that slow-moving European storms such as this one could become 14 times more frequent by 2100. It will take more than a carbon-neutral world to protect against warming temperatures and floods in Europe. To create the necessary resilience, it will take the rapid deployment of adaptive measures across large landscapes. Sponge cities are already making urban landscapes more resilient, with Berlin as a European leader. 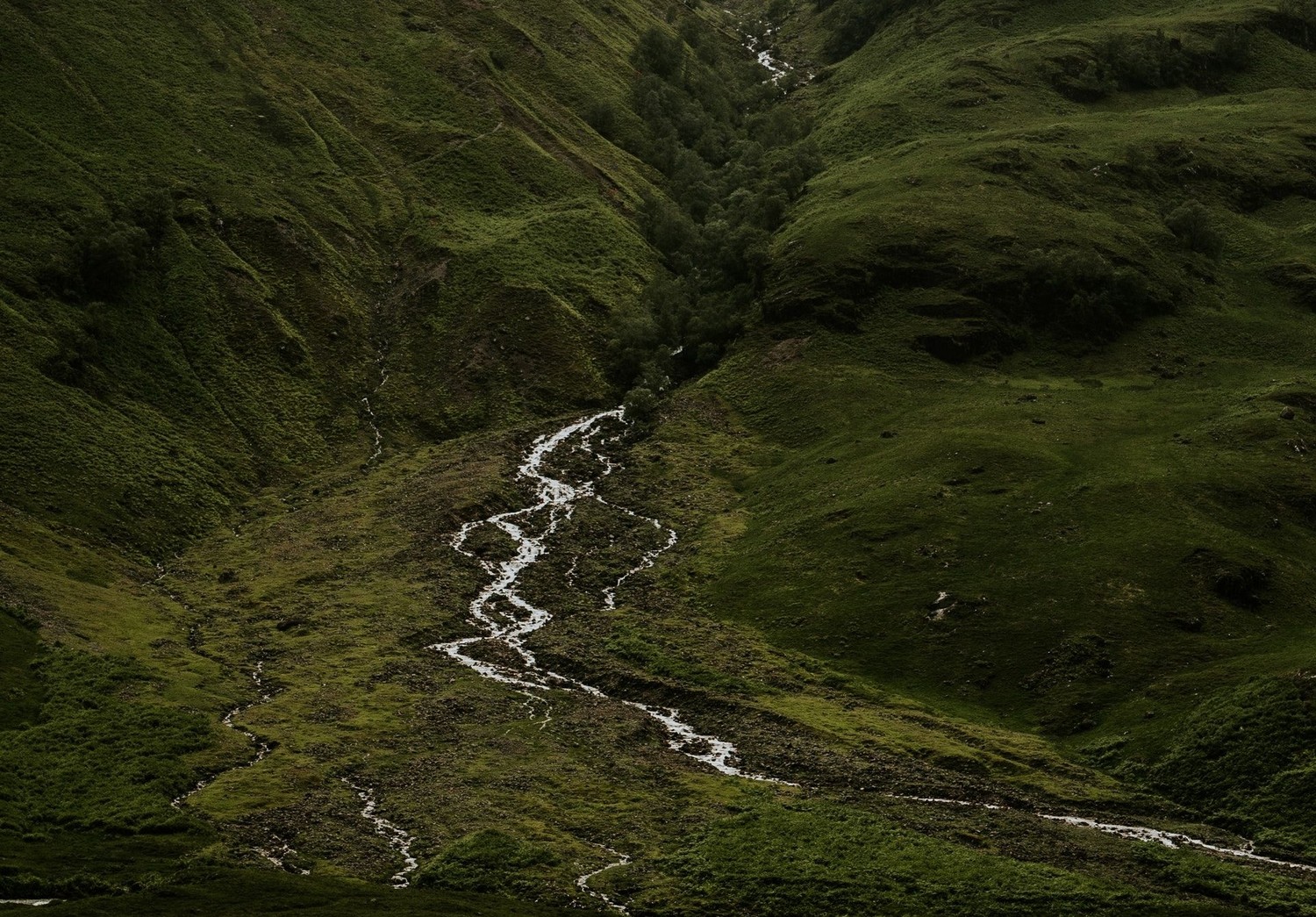 A highland river forms a natural sponge in the UK

With up to 90% of Europe’s floodplain wetlands in a degraded state due to disconnection from rivers, there is an urgent need to restore the natural capacity of floodplains to store more water and slow down the release. Wetland sponges are “no regret” nature-based solutions – meaning there are no downsides. They make people and property safer and help achieve multiple policy objectives, including adapting to floods and droughts, improving water quality, storing carbon in soils and creating habitats to benefit nature. A preliminary analysis indicates that natural sponges are a solution that may be replicable in mountain regions across Europe.

Until now, we’ve worked with other NGOs, research institutions and universities to understand the potential for natural sponges. More action is needed, such as engagement with stakeholders to pilot initiatives on the ground and to build broader support for inclusion in plans and initiatives that address flood risks. The EU’s ambition to tackle the climate and biodiversity crises through the Green Deal offers a once-in-a-generation opportunity to use new policy tools, incentives, and financing mechanisms to transform society by putting nature-based solutions at the forefront. Political leadership at all levels is needed to help meet this challenge and deploy natural sponges at the wider landscape level. 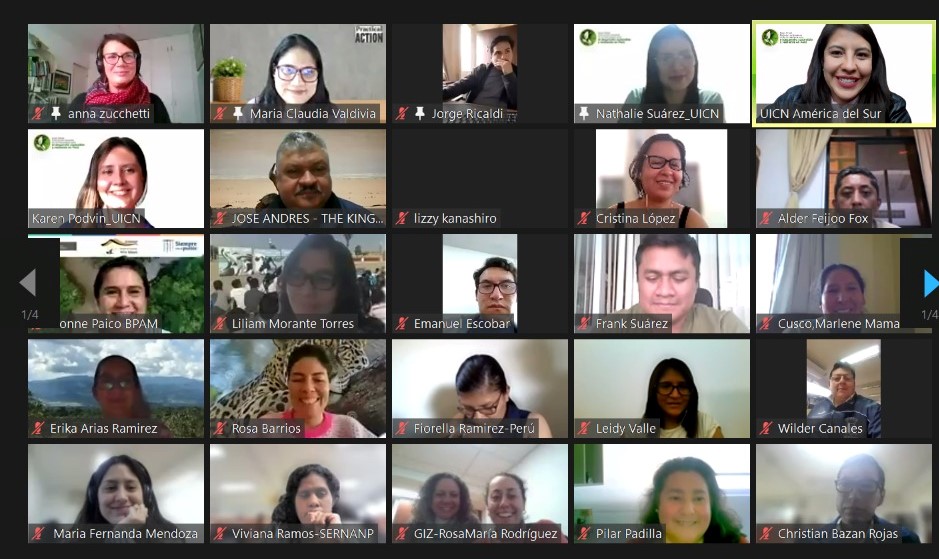 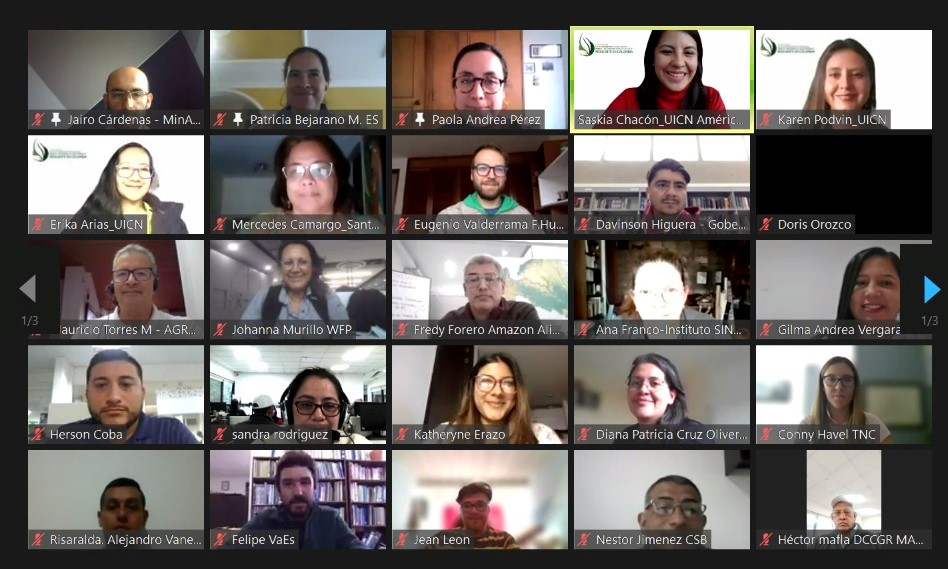 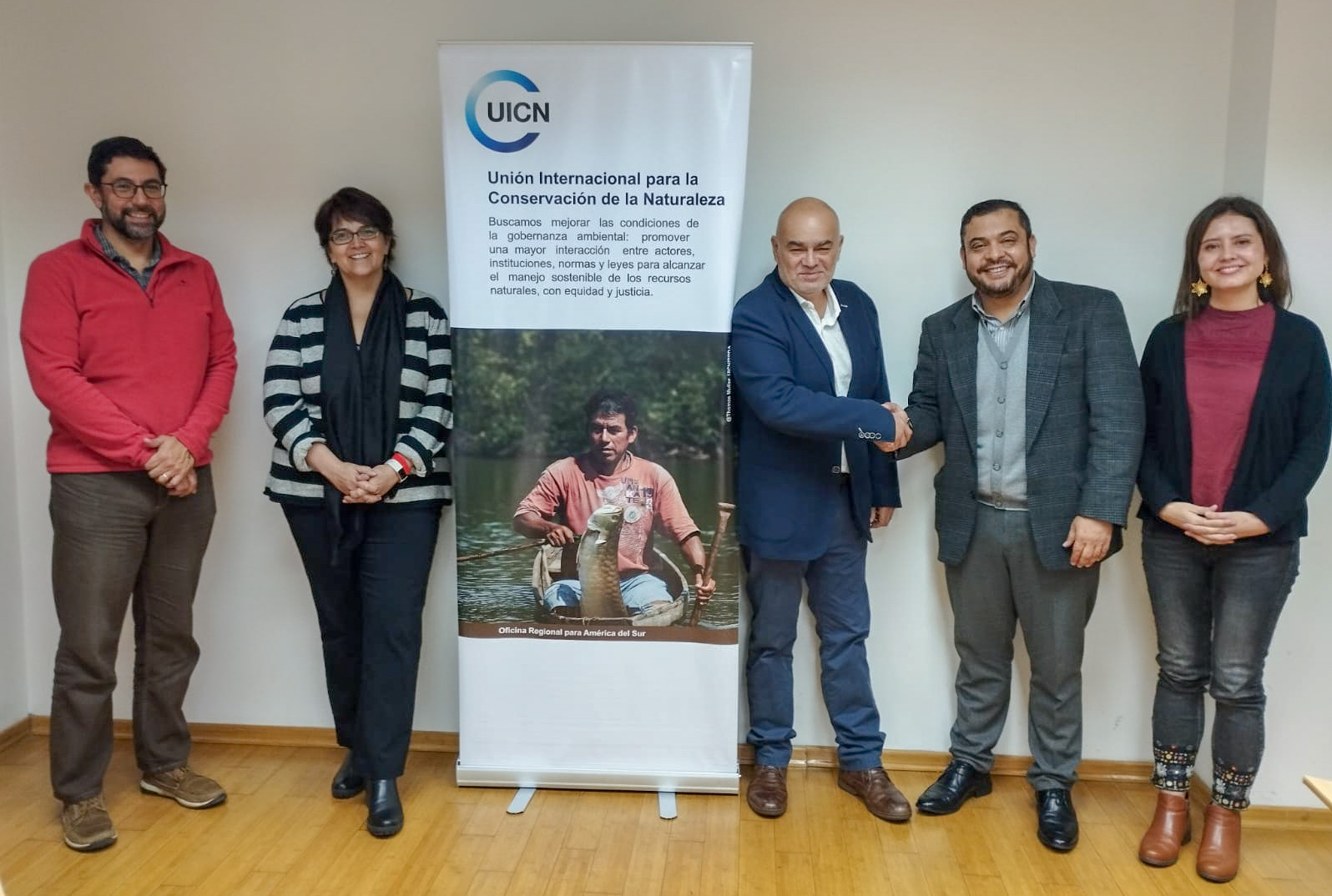