In the lowlands of southeastern Madagascar, perched on top of a rock face, the rainforest on Tsitola Mountain looks impenetrable. The hoarse barks of Critically Endangered black-and-white ruffed lemurs are frequently heard, though these animals are not often seen. However, if one approaches the forest from the backside, the face that cannot be seen from the road, the ascent is much more manageable. This is the side that has been burnt year after year for zebu grazing and agriculture, despite being part of a protected area. 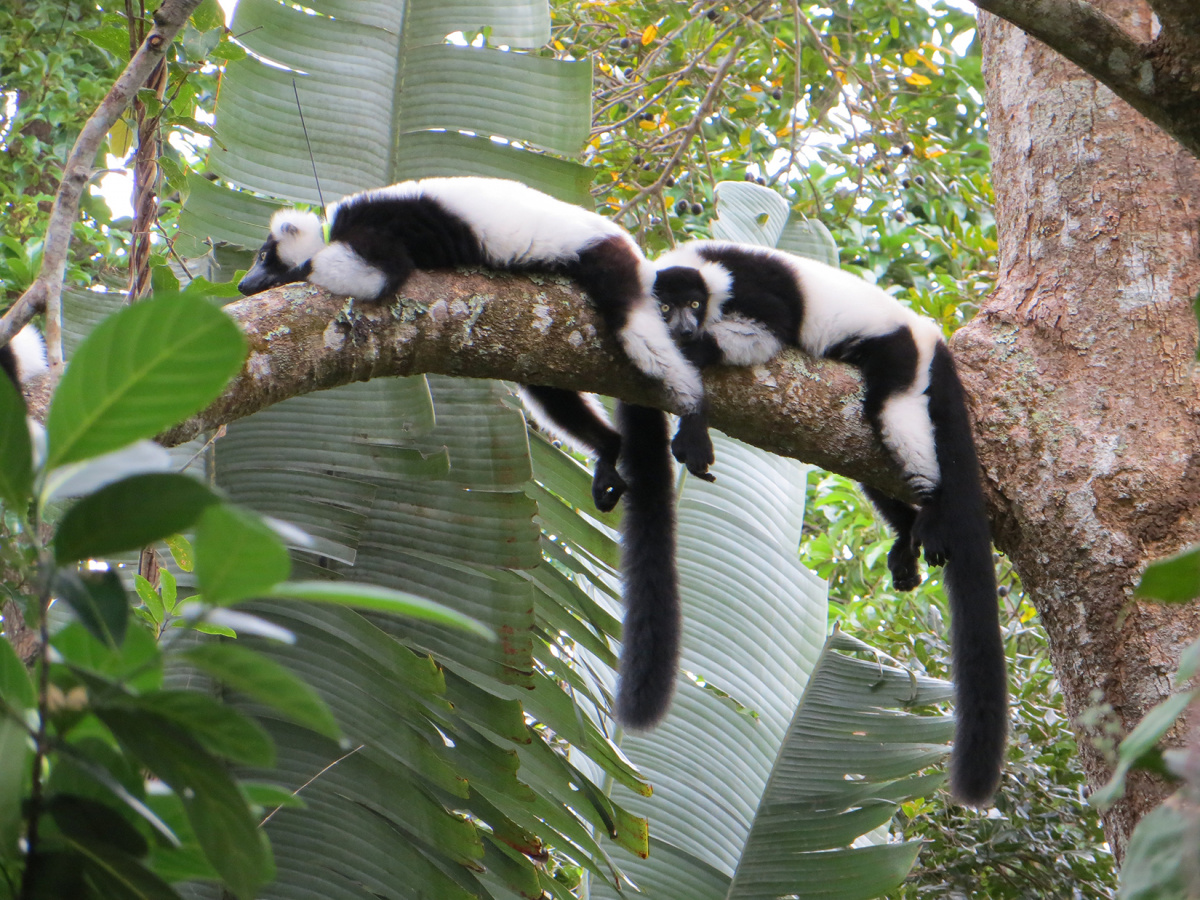 In developing nations such as Madagascar, communities rely on forests as primary sources of timber, medicine, and fuelwood. Forests are also being carved into small, disjointed fragments as they are razed for cropland. In response to widespread deforestation, the Malagasy government has been expanding its protected area network since 2008. While these conservation efforts potentially reduce the extinction risk of threatened species, the restriction of community access to forest resources exacerbates wealth inequalities and leaves many people vulnerable to livelihood insecurity. Understanding that long-term conservation cannot exclude people, we (Omaha’s Henry Doorly Zoo and Aquarium, Madagascar Biodiversity Partnership, and Conservation Fusion) are working with residents of Antaretra, Kianjavato and Manakana Communes to build local capacity for sustainable management of natural resources from the commune down to the individual.

With support from IUCN Save Our Species, a reforestation nursery was constructed at the base of the Tsitola cliffs. Managed by two people hired from the local community, this nursery provides opportunities for five single mothers from the Women’s Association to earn supplemental income every week. Additionally, four men rotate through the nursery every month. While working at the nursery, every person is taught how to prepare compost, a skill they can apply to increase their own crop yields.

In addition to the economic benefit, 19 planting events were organized from the Tsitola nursery, putting nearly 33,000 trees into the ground in 2020 alone, and the year is not yet over. On November 13th, the most recent community planting event out of this nursery included 26 men and women, each of whom earned a daily wage and conservation credits that they can accumulate and redeem for items from MBP’s Conservation Catalog, such as solar panels*. However, the most symbolic contribution from the Tsitola nursery were the 1,031 native tree seedlings that were planted on World Lemur Day into the charred landscape, a testament of community solidarity in expanding lemur habitat.

In addition to the change effected through the reforestation program, Conservation Fusion (CF) has spent the past ten years collaborating with local educators to introduce a conservation curriculum into community schools. The CIA World Factbook from 2019 reports just over 60% of the population in Madagascar are under the age of 25. Working with this young demographic provides an opportunity to educate and influence the next generation of conservation leaders.

Youth in the greater Kianjavato area are a force of dedicated and passionate individuals seeking guidance in becoming environmental trailblazers and the next generation of scientists. In 2019, Mahery Tiandray Mahavano, a high school student and long-time advocate of CF programs, along with the school Provisor, Mr. Herintsoa Solomampionona, approached CF to assist them in establishing an eco-club. More than 45 teens and young adults were ready to join. With support from CF, the "Star Club" was launched. This eco-club is now comprised of 87 youth who have grown-up with CF education programs and are tackling conservation projects addressing community challenges.

Star Club members act as role models during conservation camps, have organized and executed community clean ups, and recently, during the global pandemic, are volunteering time at the MBP nurseries to assist in preparing seedlings for the reforestation work. Sarobidy Alberthine, a Star Club member, said, “I want to be in the Star Club because I want to know more about the protection of the environment, I want to learn new ways of farming, and my dream is to work in a nursery so through the club I do wish that I will get all necessary skills for me to achieve my goal.”

*In addition to receiving cash, community members can opt into the Conservation Credit program. The MBP keeps track of each person's credit earned at each planting event (1 tree planted = 1 credit). When they have accumulated a certain number of credits, they can redeem them for an item in their Conservation Credit Catalog. Each item in the catalog is a specific number of points. The items in the catalog are items that focus on improving people's quality of life. The items range from a high value solar panel to a cheaper item such as a backpack or a rain jacket.

This project is co-funded by IUCN Save Our Species. The contents of this newsletter are the sole responsibility of Omaha’s Henry Doorly Zoo and Aquarium and Conservation Fusion and do not necessarily reflect the views of IUCN.