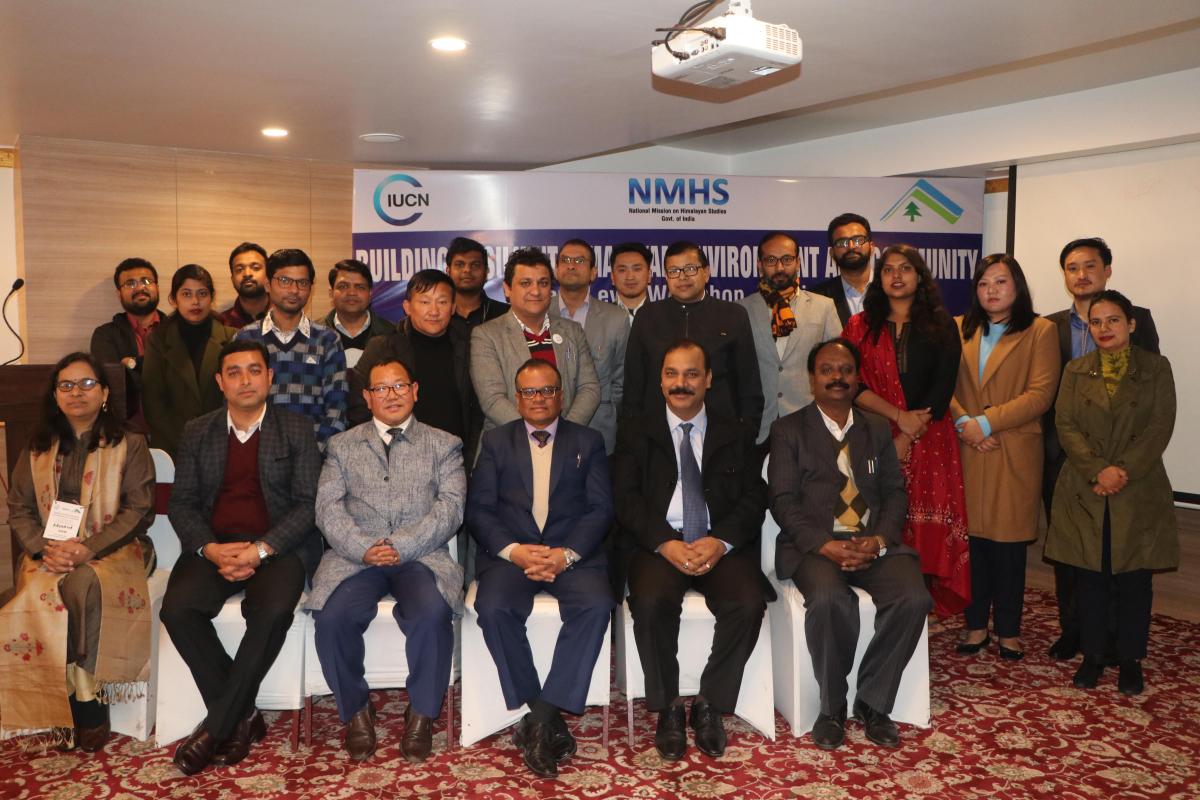 At the inaugural function, Dr. Vivek Saxena, Country Representative, IUCN India Country Office, welcomed all the delegates and talked about IUCN and different ongoing projects of the organization.  Shri. M.L. Srivastava, Principal Secretary-cum-PCCF, Forest and Environment Department, Govt. of Sikkim, graced the occasion as Chief Guest. In his address, he emphasized on the initiatives of Sikkim state forest department on mitigation and adaptation to climate change. He spoke about various major ongoing projects of the forest department, such as Sikkim Biodiversity Conservation & Forest Management Project (SBFP), The Sikkim Climate Inventory and Monitoring System (SCIMS): An initiative towards Carbon Neutral Sikkim, proposed World Bank funded project: Climate and Disaster Resilient Sikkim, Pathway to a Carbon Neutral Economy, and REDD+ project. He also mentioned about the consciousness of the Govt. of Sikkim and the citizens of Sikkim state towards environmental conservation and their interested in conservation related programmes. He mentioned about the enhancement of the Tree Outside Forest land (TOF) in Sikkim by 0.6% over the past two decades. He suggested a need for collaborative or a convergence approach to ensure quality work and also to avoid duplicity of the activities as well. In this context, he appreciated an initiative of IUCN for making a platform for others to share and disseminate their works through Adaptation Network Portal. Dr. Rajesh Joshi, Head Sikkim Regional Centre and Scientist 'E' graced the event as Special Guest. Dr. Joshi delivered a talk on the role and initiatives of GBPNIHESD in Indian Himalayan Region (IHR) along with various success stories of the institute. This was followed by Shri. Anil Kumar Rai, Special Secretary, RMDD, Govt. of Sikkim who was present in the workshop as Special Guest. He delivered a talk on the roles of Gram Panchyats in Sikkim and regional & national level achievements of the department. He also elaborated on the Zero Waste Management initiatives of RMDD.

During the last session, a panel discussion was conducted with an aim to identify the top challenges & opportunities of Sikkim and policies  for promoting and enhancing resilience of community and ecosystems in the Indian Himalayan Region. 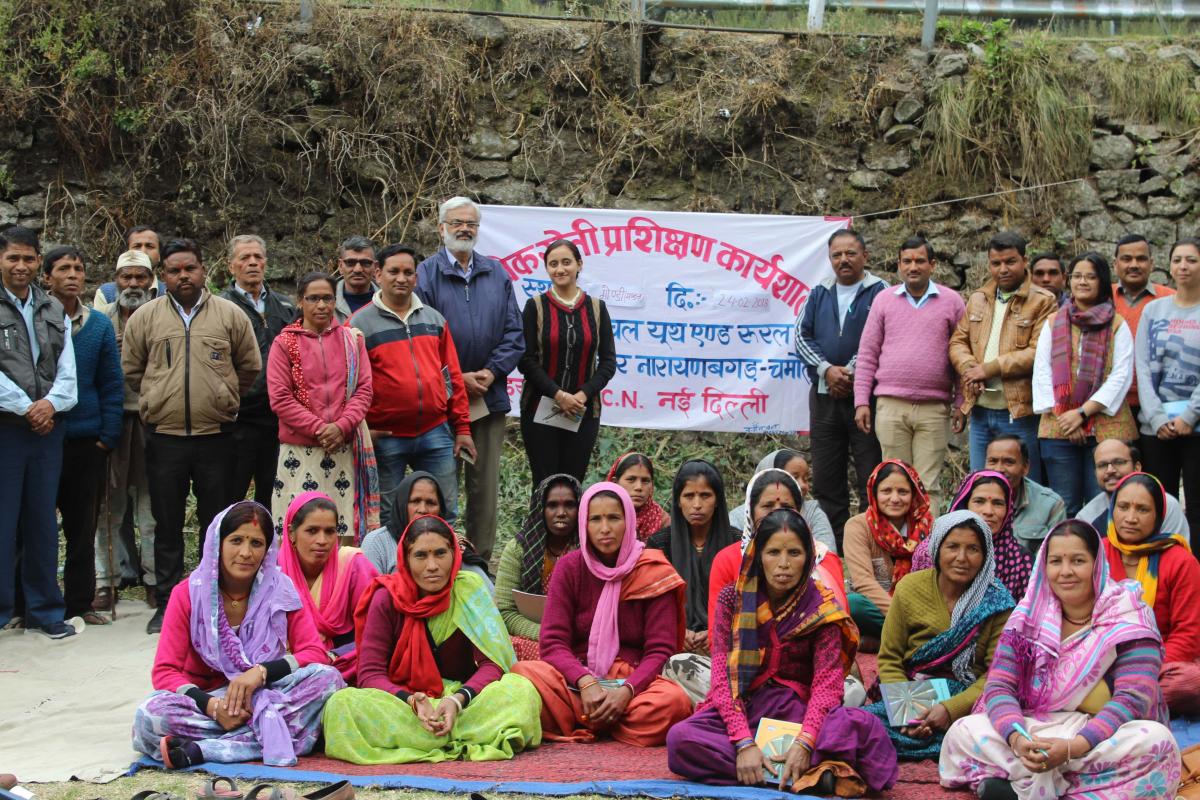 IUCN India organised a capacity building workshop on REDD+ under the National Mission on Himalayan... 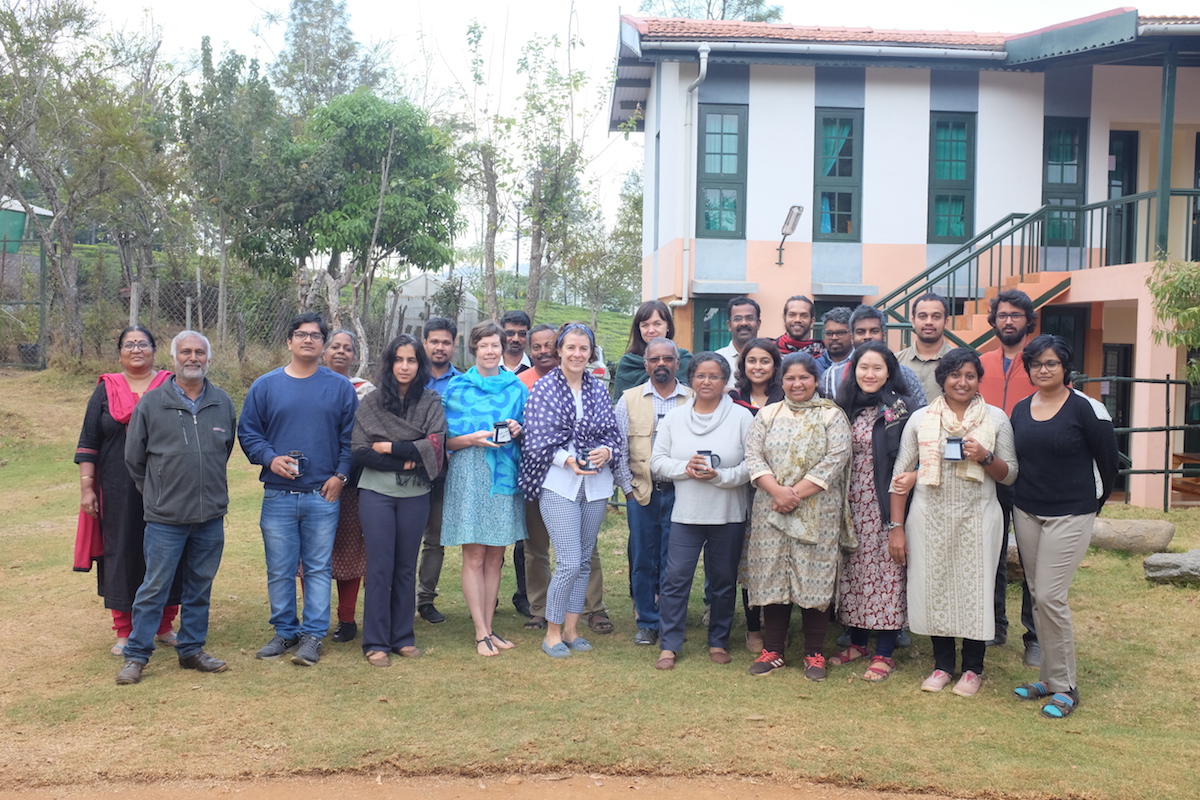 Story | 12 Apr, 2019
Increasing the scope for communities in conservation through sustainable use