IUCN responds to a call from Islands around the world

IUCN has published new Guidelines for invasive species planning and management on Islands, which aims to catalyse strategic planning and assist the rational prioritization of scarce resources for successful action against invasive alien species. 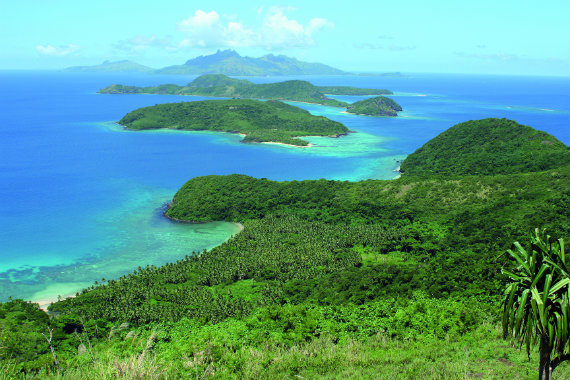 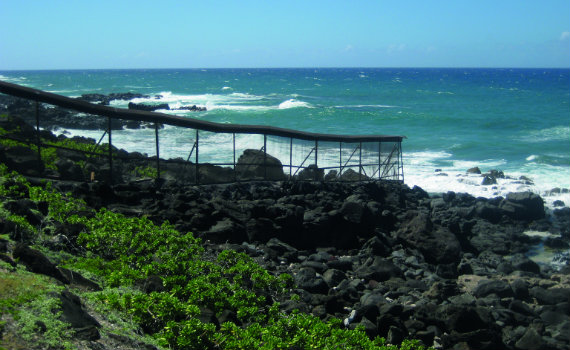 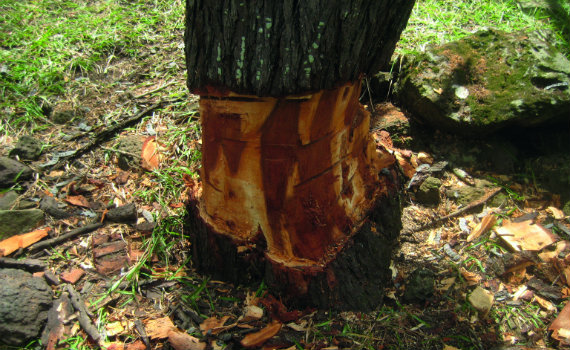 Invasive alien species (IAS) are animals, plants or other organisms that have been introduced by humans to areas outside their natural range, where they cause negative impacts to biodiversity and ecosystems. IAS are one of the biggest drivers of biodiversity loss globally, but their impacts go far beyond biodiversity, affecting national economies, livelihoods, food-security and human well-being. Due to the increased movement of goods and people around the world, the opportunities for introductions of species to new areas have been rising sharply, and the rate of new introductions is showing no sign of declining. As part of its commitment to tackle the threat of IAS on Islands, IUCN has responded to a call from Islands around the world for guidance on planning and scaling up management efforts to address this major environmental challenge. Through the EU funded Inva’Ziles project IUCN has just published Guidelines for invasive species planning and management on Islands, which aims to catalyse strategic planning and assist the rational prioritization of scarce resources for successful action against IAS. The document is aimed at anyone planning an IAS programme, on islands anywhere.

Islands cover 5% of the earth’s surface, are home to 10% of world’s human population, and support more than 15% of global terrestrial biodiversity, with many species restricted (endemic) to a single island or archipelago. Islands are also highly vulnerable to the impacts of invasive alien species (IAS), as their endemic species have often evolved in isolation, without predators, pests, diseases or competitors that are found on continents. Islands are also susceptible to the introduction of IAS because of their heavy reliance on imported goods and on travel (tourism) for income. As a result, IAS are the main cause of extinctions on islands, they have major impacts upon agriculture, aquaculture, fisheries, forestry and tourism, and they reduce land values, damage buildings, obstruct waterways, disrupt trade and transportation, and cause or transmit diseases of humans, domestic animals and crops.

The scale of IAS impacts is so great and the need to act so urgent, that both the UN Convention on Biological Diversity and the UN 2030 Agenda for Sustainable Development have global targets aimed at preventing the introduction of IAS and managing their impacts. A global initiative aimed at catalysing action, the Honolulu Challenge, was launched at the 2016 IUCN World Conservation Congress. Following the call from Islands around the world and IUCN commitments for scaling up planning and management efforts to address this major environmental challenge, a consultative process was established through an IUCN implemented, EU funded project called Inva’ZIles. The process involved engagement with experts from around the world using the IUCN Species Survival Commission Invasive Species Specialist Group (ISSG) network, regional invasives networks including the Western Indian Ocean Network on Invasive Species (WIONIS), the Caribbean Invasive Alien Species Network (CIASNET) and face-to-face consultations at international meetings. This resulted in the production of the new Guidelines for invasive species planning and management on Islands.

The Guidelines will enable Small Island Developing States (SIDS), their regional and international partners, and islands everywhere, to improve their planning for the management of IAS. IUCN recommends that these Guidelines be used by anyone planning and implementing IAS programmes on islands. One of the most helpful features of this document is that it does not tell island IAS planners and managers what to do, but rather helps them to make their own decisions more objectively. As more island nations strive to produce National Invasive Species Strategies and Action Plans, the appearance of this guidance is timely, and its emphasis on ensuring that plans are realistic and priorities carefully chosen for maximum impact is exactly what is required.

Photo: EU
The Guidelines have been funded by the European Union under project DCI-ENV/2011/221-0660 Preparation and testing of a comprehensive model for preventing and managing the spread of invasive species on island ecosystems (the Inva’Ziles Project).
LINKS:
Guidelines