Protecting lions, cheetahs and other iconic African species by helping local communities coexist with these predators is the goal of a new 12 million euro programme, funded by the European Commission, to be managed by IUCN’s SOS - Save Our Species initiative. 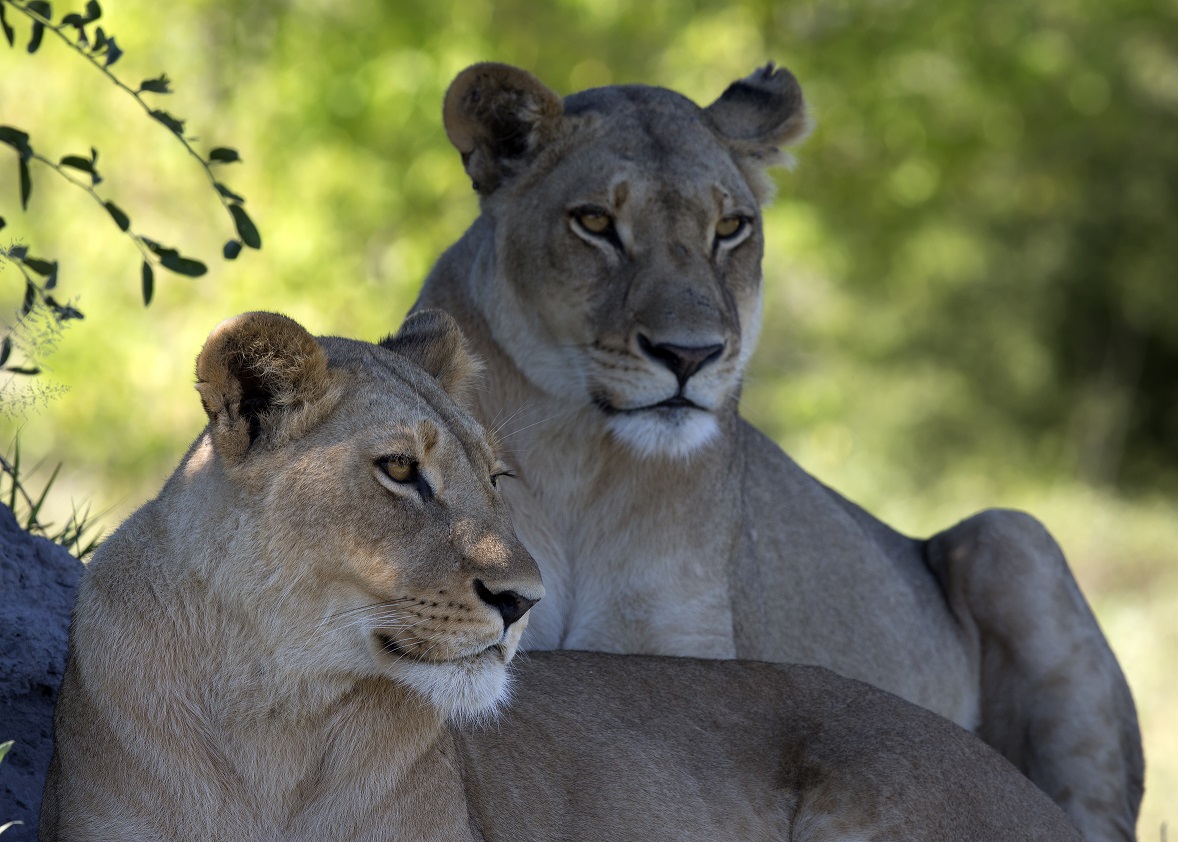 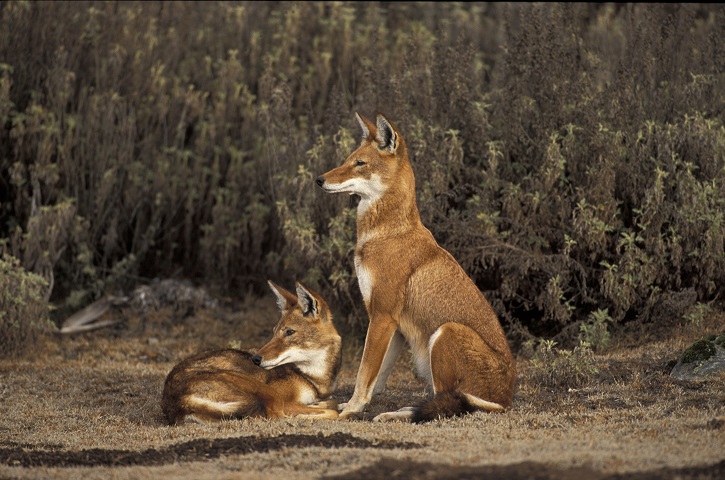 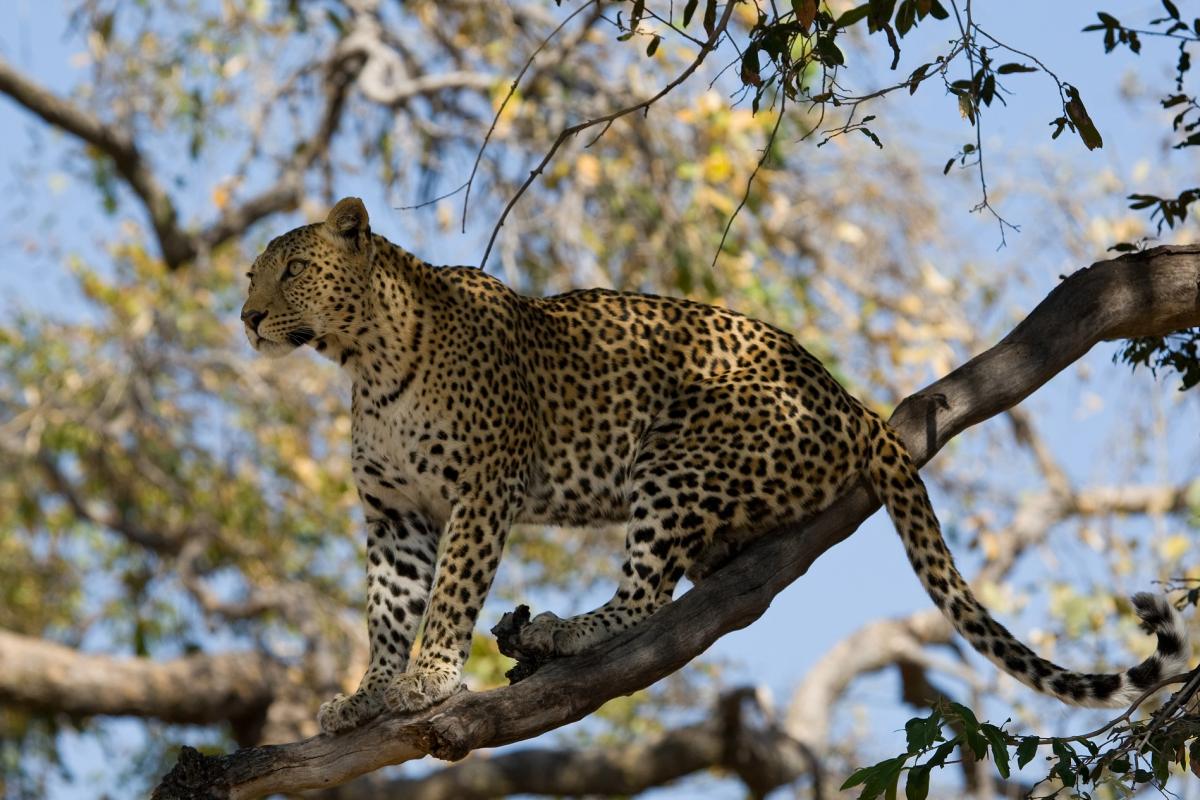 “We are extremely grateful for the support from the European Commission,” says Jean-Christophe Vié, Deputy Director, IUCN’s Global Species Programme and SOS Director. “This new programme is an important step in the journey of helping people build resilience and wealth by cherishing their unique natural heritage. It will help us protect Africa’s fast-disappearing apex predators as well as their main prey species, large ecosystems and support local livelihoods.”

Despite successful conservation action in southern Africa, the lion (Panthera leo) remains listed as globally Vulnerable by the IUCN Red List of Threatened Species™ due to declines in other regions across Africa. A recent study determined that just 7,100 cheetahs (Acinonyx jubatus) remain in the wild. Meanwhile, only 500 Endangered Ethiopian wolves (Canis simensis) survive, confined to isolated mountain ranges in Ethiopia’s highlands. Leopards are also declining in most of their range.

The new programme will enable coordinated conservation action by financing a portfolio of conservation projects undertaken by civil society organisations across the continent. It will address human-wildlife conflict, which is at the root of much of the decline, by generating alternative livelihoods for local communities. It will also contribute to ensuring the long-term survival of smaller carnivores and prey species such as various antelope species by empowering civil society organisations which will work with relevant authorities and involve local communities in finding solutions to prevent their extinction.

Concrete outputs expected include increases in the populations of species targeted by each project and in critical habitat area as well as the reduction of direct threats and conflicts.

Co-Chair of the IUCN Cat Specialist Group Urs Breitenmoser says: “Conserving lions, leopards and cheetahs will help us conserve other species. Meanwhile, we will have to address a broad range of threats and conflicts and involve many parts of society in different ways depending on the species in question.”

The SOS African Wildlife programme will support anti-poaching efforts which comply with the aims of the EU Action Plan against wildlife trafficking.  This will be achieved by ensuring smaller projects funded through SOS are complementary to larger projects which will be directly supported by the European Commission to implement its strategic approach to Wildlife Conservation in Africa, "Larger than Elephants".

Claudio Sillero-Zubiri, Chair of the IUCN SSC Canid Specialist Group, says: “On the roof of Africa a few hundred Ethiopian wolves - Africa’s rarest and most threatened carnivore species - survive against the odds in tiny mountain enclaves. In contrast, wild dogs require vast areas across Sub-Saharan Africa to eke out a living.

“The destiny of these iconic carnivores inevitably depends on diminishing prey populations, the advance of the agriculture frontier and our ability to protect them from resulting conflicts. SOS African Wildlife offers a great opportunity to empower and support dedicated organisations and individuals across Africa to protect these threatened carnivores and the habitats they represent.”

The new programme builds on the experience and results of the first five-year phase of IUCN’s SOS - Save Our Species in which over 100 grants were awarded to support the conservation of 250 threatened species worldwide since 2010. It also complements IUCN’s Integrated Tiger Habitat Conservation Programme funded by the German government, initiated in 2014, as well as the recently announced SOS Lemurs initiative. These first five years of conservation action under SOS achieved important results in the protection of numerous threatened species.

Dr. Roberto Ridolfi, Director, "Sustainable Growth and Development" at the European Commission Directorate for International Cooperation and Development, says: "The role and importance of large carnivores is recognised as being of critical significance for the protection of fragile equilibriums of entire ecosystems. Yet, increasing pressures on land and water resources are leading to conflicts between man and animals and eventually the irreversible degradation of whole landscapes. The involvement of local communities as forefront actors in the conservation of threatened carnivore species is of crucial importance and has proven to be a long underestimated key to success when it comes to sustainability and efficiency."

"The European Commission is proud to support the SOS - Save Our Species initiative because of its coherence with the EU's Biodiversity for Life strategic approach which combines coherence, coordination and cross sector partnerships to tackle the challenges related to the protection of biodiversity and the building of sustainable livelihoods."

Apply for an SOS grant