Empowering whistleblowers is the key to combating wildlife crime

Scott Hajost is the Managing Director of the Global Wildlife Whistleblower Program at the National Whistleblower Center in Washington, D.C. – an IUCN Member organisation. He is an international lawyer and environmental policy and law expert with over 37 years’ experience working with the US government, NGOs, multilateral institutions and leading global environment and development projects. Mr. Hajost was formerly Executive Director of the IUCN USA Multilateral Office. He is an elected member of the Executive Committee of the IUCN US National Committee, Vice-Chair of the Board of the Antarctic and Southern Ocean Coalition, and a member of several IUCN commissions including the World Commission on Environmental Law. 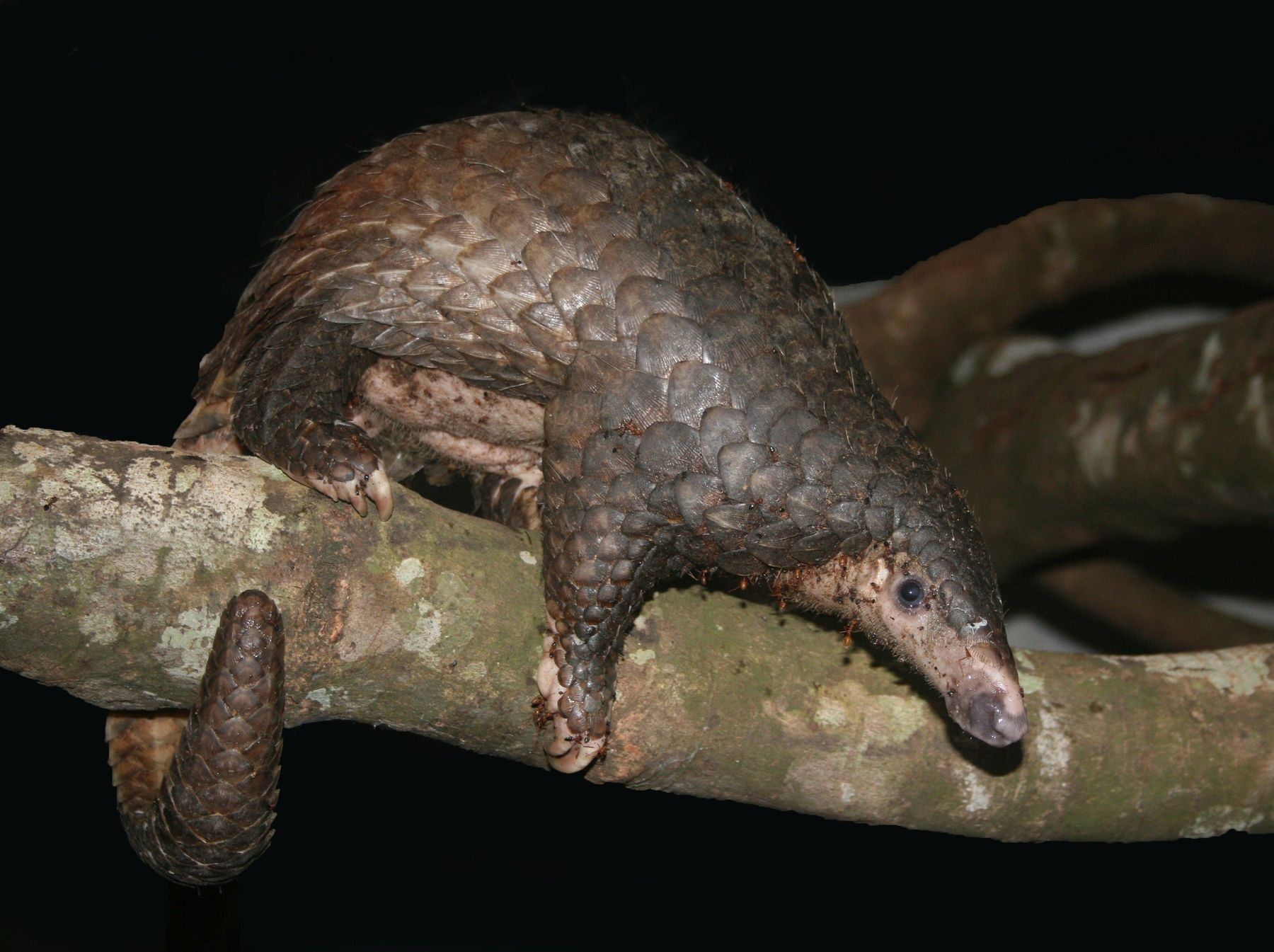 The wildlife trade involves hundreds of millions of individual plants and animals from tens of thousands of species.

We are in the midst of a global extinction crisis. Wildlife crime, a multibillion dollar industry, is an epidemic that threatens terrestrial and marine life.

Many methods are being deployed on the national, subnational and international levels to combat wildlife trafficking, including anti-poaching campaigns, demand reduction, and public-private partnerships. However, a critical part of the current enforcement regime has yet to be activated – whistleblowers. 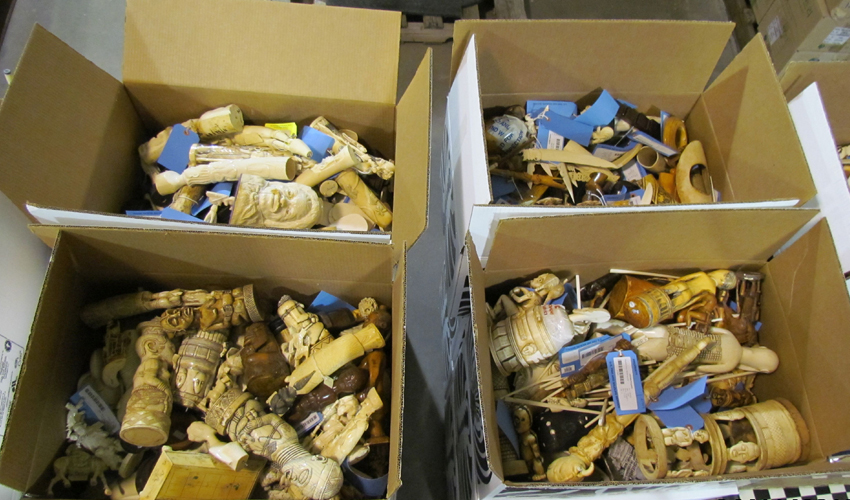 Whitleblowers should be encouraged and incentivized to report the trafficking of elephant ivory and other illegal products made from threatened species.

At its core, wildlife trafficking is a business. Whistleblowers have been incredibly effective in cracking down on financial and corporate crimes. It is time we apply this methodology to the wildlife sphere.

If we make reporting crime more lucrative than participating in it, there will be a sea change in how the wildlife crime industry operates.

Certain US whistleblower laws provide rewards for information that lead to successful prosecution of criminals. In short – they provide a monetary incentive to report illicit activity. By empowering whistleblowers, we can change the calculus of participating in wildlife crime. If we make reporting crime more lucrative than participating in it, there will be a sea change in how the wildlife crime industry operates.

How it works: the application of US legal tools

There are US whistleblower reward laws with international jurisdiction that can be used to combat wildlife crime. Two of these laws are the False Claims Act (FCA) and the Foreign Corrupt Practices Act (FCPA).

The FCA is the US’ number one litigation tool against those who defraud the government. It penalizes customs fraud, among other things, and has been incredibly successful in cracking down on crime in the non-wildlife context. For example, in late 2017, federal prosecutors in the Southern District of New York settled a case against Notations, a garment wholesaler. The case was originally brought by a whistleblower. Notations admitted to ignoring repeated warning signs that its Chinese importer was lying about the value of its imported goods to avoid paying customs fees. As a result, Notations is being penalized US$1 million in fines.

While the US Department of Justice did not release the portion of the reward that went to the whistleblower, under the FCA a whistleblower plaintiff is entitled to somewhere between 15% and 30% of the total reward.

The principles of this case can and should be applied to the wildlife crime context. Illicit wildlife products are frequently smuggled through ports – by air, land, and sea – and are able to pass through customs based on falsified documents. Evidence of these falsified documents would provide a strong basis for an FCA case. Replace garments with elephant ivory, pangolin scales, or illegal, unreported and unregulated (IUU) fishing products. The method of litigating the case is the same, and the whistleblower reward provision still applies. 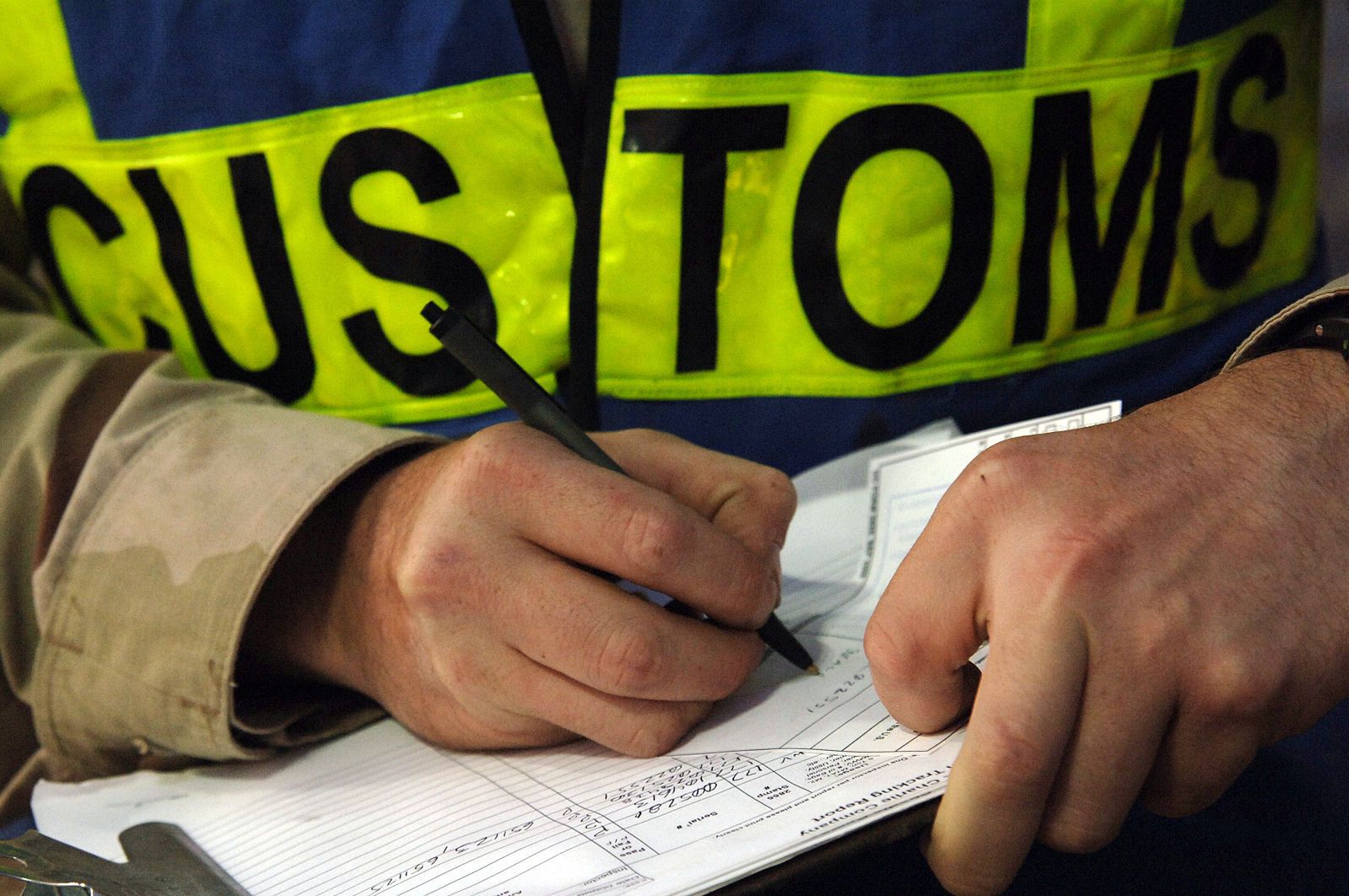 The US’ False Claims Act is a powerful tool to stop illegal wildlife trade at ports of exit and entry.

In 2017 alone, of the US$3.7 billion recovered by the US government under the FCA, US$ 3.4 billion was recovered due to whistleblower disclosures. Of the recovered funds, whistleblowers received US$392 million in rewards.

There are multiple reasons as to why the FCA is such a powerful tool for halting wildlife crime. Not only is there a clearly-delineated evidentiary threshold for litigation, but also non-US citizens are eligible for whistleblower rewards. Even NGOs can blow the whistle and be eligible to receive compensation. (In 2017, the Natural Resources Defense Council, a fellow IUCN member, received a portion of a $920,000 award under the FCA.)

The FCPA can also be used to litigate wildlife crime cases that occur outside the US.

It prohibits publicly-traded corporations, both US and international, from paying bribes to foreign officials. The FCPA also mandates proper financial record keeping. Jurisdiction is established when foreign companies permit US investors to buy their stocks through the use of American Depositary Receipts (ADRs).

In the wildlife crime context, if an individual has evidence of inaccurate financial record keeping that covers up wildlife trafficking, or papers that show the wiring of funds to pay for illegal wildlife products, there may be sufficient evidence to litigate an FCPA case so long as the company involved is under its jurisdiction. This jurisdiction includes an extensive list of foreign companies.

Money is an instrumental element to oiling the cogs of the wildlife trade, and illicit transactions leave a paper trail.

From 2011 to 2017, 2,655 whistleblowers from 113 countries filed claims under the FCPA whistleblower reward provision. Over US$30 million has been paid to non-US citizens who reported bribes paid overseas. FCPA prosecutions have included cases in which bribes were paid at ports in Kenya and to government officials in Argentina. Whistleblowers are eligible to receive between 10% and 30% of the total amount recovered after a successful prosecution.

Again, this could be a game-changer in the area of wildlife crime. Money is an instrumental element to oiling the cogs of the wildlife trade, and illicit transactions leave a paper trail. If someone has evidence of bribery or other financial transactions passed through a US or US-linked corporation that facilitated wildlife trafficking, there may be a basis for an FCPA case.

Our Work at National Whistleblower Center

National Whistleblower Center (NWC) was selected as a Grand Prize Winner of the 2016 Global Crime Tech Challenge, an initiative of the United States Agency for International Development (USAID) in partnership with fellow IUCN members National Geographic Society, the Smithsonian Institution, and TRAFFIC.

As part of our mandate as a winner of the Crime Tech Challenge, we are promoting the existence of these whistleblower reward laws. Our Global Wildlife Whistleblower Program seeks to inform wildlife whistleblowers of their rights and educate NGOs about these powerful legal tools at their disposal. 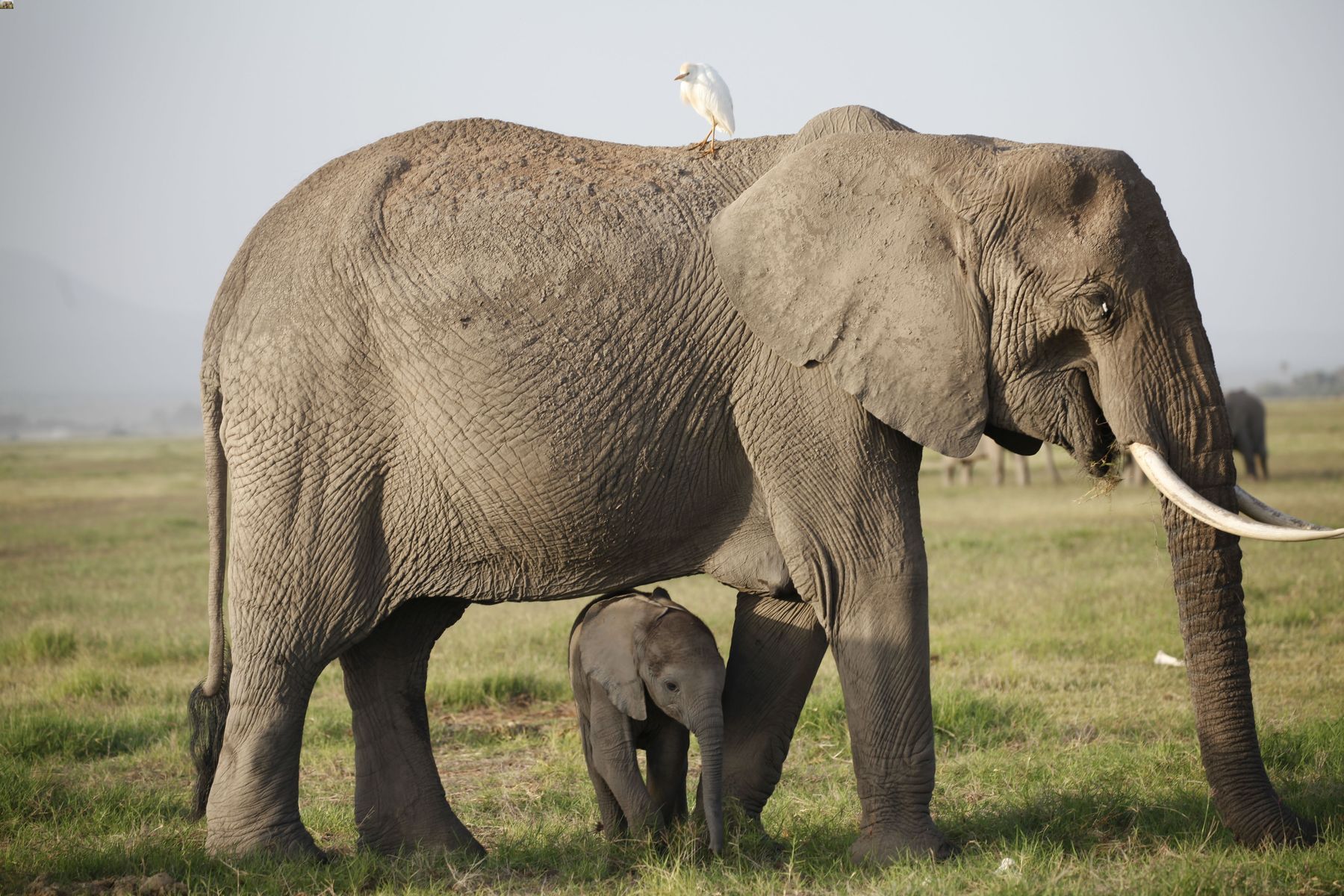 Poaching for ivory is a major threat to elephant species.

Litigating these cases, and winning, will send a powerful message to both the demand-side of wildlife crime and its facilitators: that they are culpable, and that they must implement internal compliance measures or risk recurring penalties.

Leveraging whistleblower reward laws is about dismantling the wildlife crime system by holding the most powerful players accountable.

It also empowers individuals within the criminal economy to take a stand against the wider systemic forces that they are subject to. Leveraging whistleblower reward laws is about dismantling the wildlife crime system by holding the most powerful players accountable.

Our methodology has great potential but it is sorely underutilized. Only together we can work to successfully dismantle the wildlife crime economy. 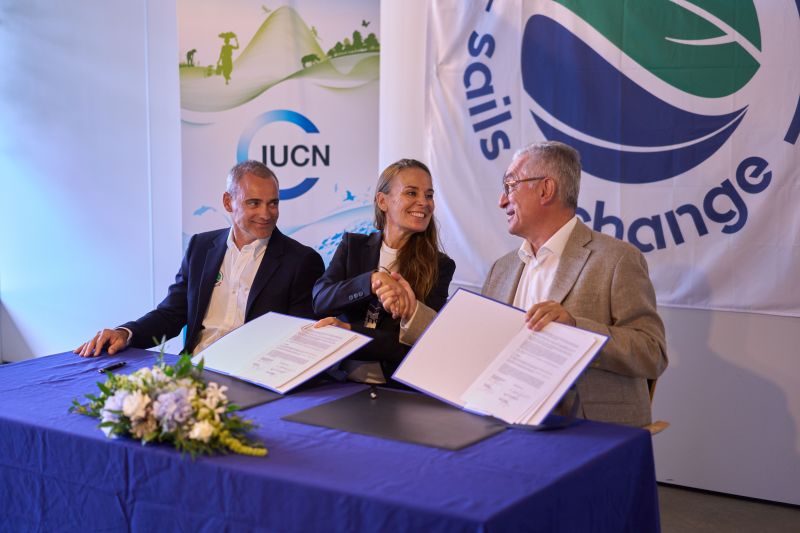 London, UK, 5 October 2022 – At the Sport Positive Summit at Wembley Stadium, the International… 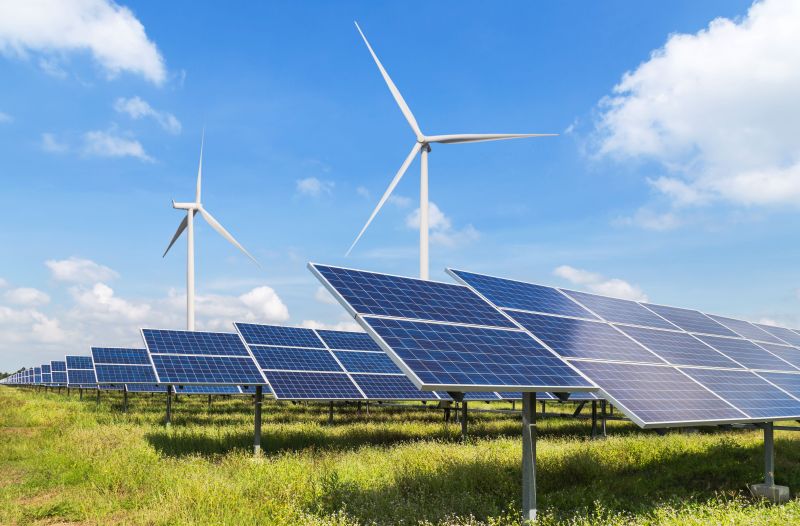 Gland, Switzerland, 4 October 2022 – A new IUCN-led project is examining how the rapid acceleration…